A nondescript brick building on the north side of the Eagle County Regional Airport houses a one-of-a-kind military schoolhouse: the High Altitude Army National Guard Aviation Training Site — known to many helicopter pilots as HAATS.

The extraordinary is flying helicopters at high altitudes or in any type of environment where air pressure is lower. They call it the 3 H’s – High, Hot and Heavy. But the technical term instructors use is power management.

“It’d be like looking at how you get across town. One person might take a certain route, another person would take a diff route for diff reasons,” he explains. “And our job is to guide people to make those decisions, not to give them the answer.”

Lt. Cmdr. Sam Hill, a Coast Guard pilot based in Port Angeles, Washington, is one of the approximately 375 aviators expected to pass through HAATS this year. Students from all across the country gather here in Gypsum, Colorado, as well as foreign military allies from the likes of Tunisia, Denmark, Norway and Saudi Arabia.

Hill notes that aircraft perform as normal at sea level, “but as you climb up it becomes more difficult. So you’re trying to anticipate all the different factors that you might encounter, be it winds, temperatures, or lower pressure altitude,” he said. And if they’re not ahead of it. “It can bite you ... You can find yourself in a really dangerous situation.”

HAATS began in 1985 as pilots helping pilots. Vietnam-era aviators saw a need to train younger pilots in the high, hot and heavy environment. The school became official in 1995. Since then, week long classes are held between 30-45 times a year.

Every morning and afternoon, aviators and instructors are out flying, approaching challenging landing zones and taking a pass or two to puzzle out the best approach for pilot and aircraft. 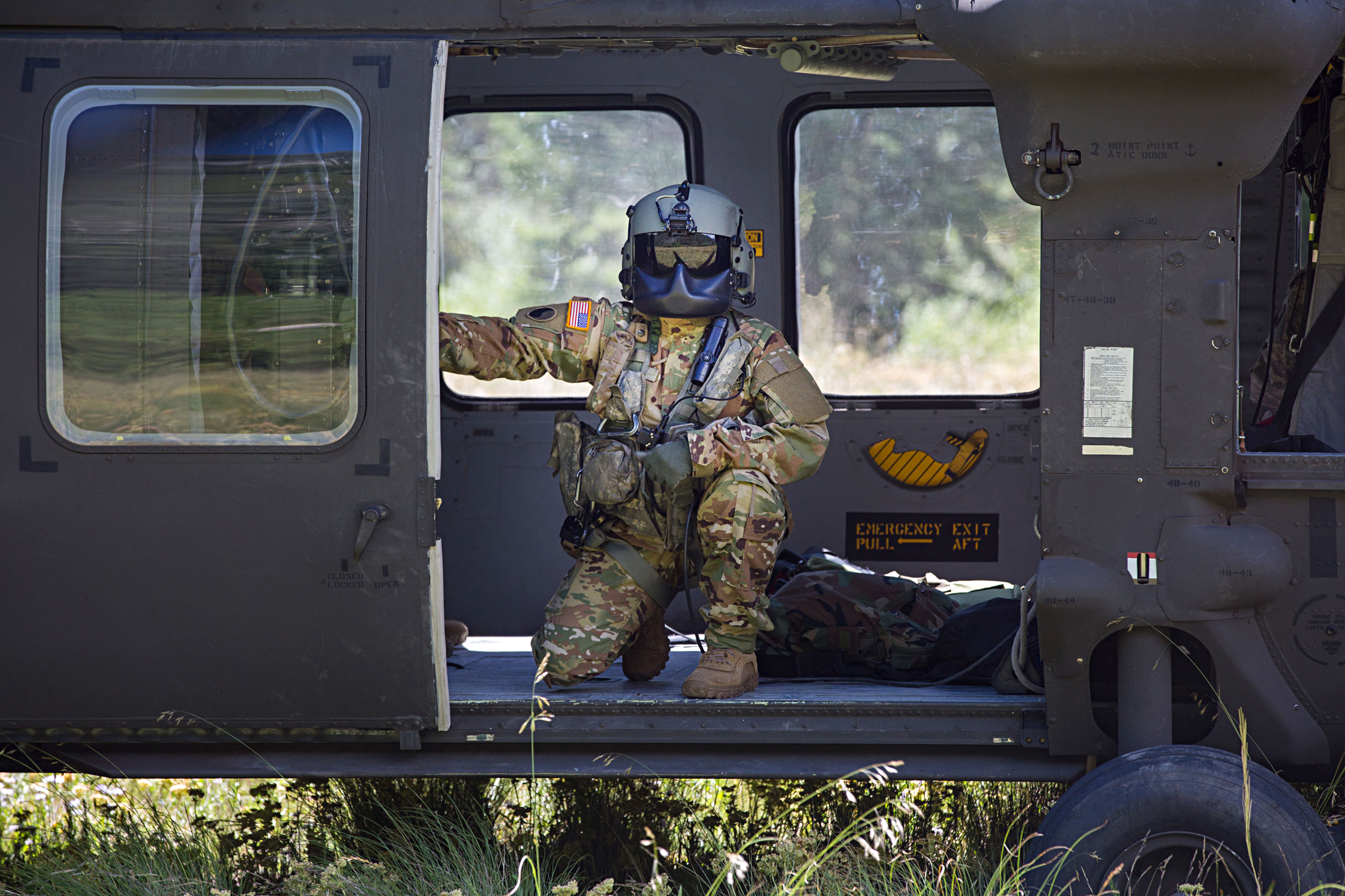 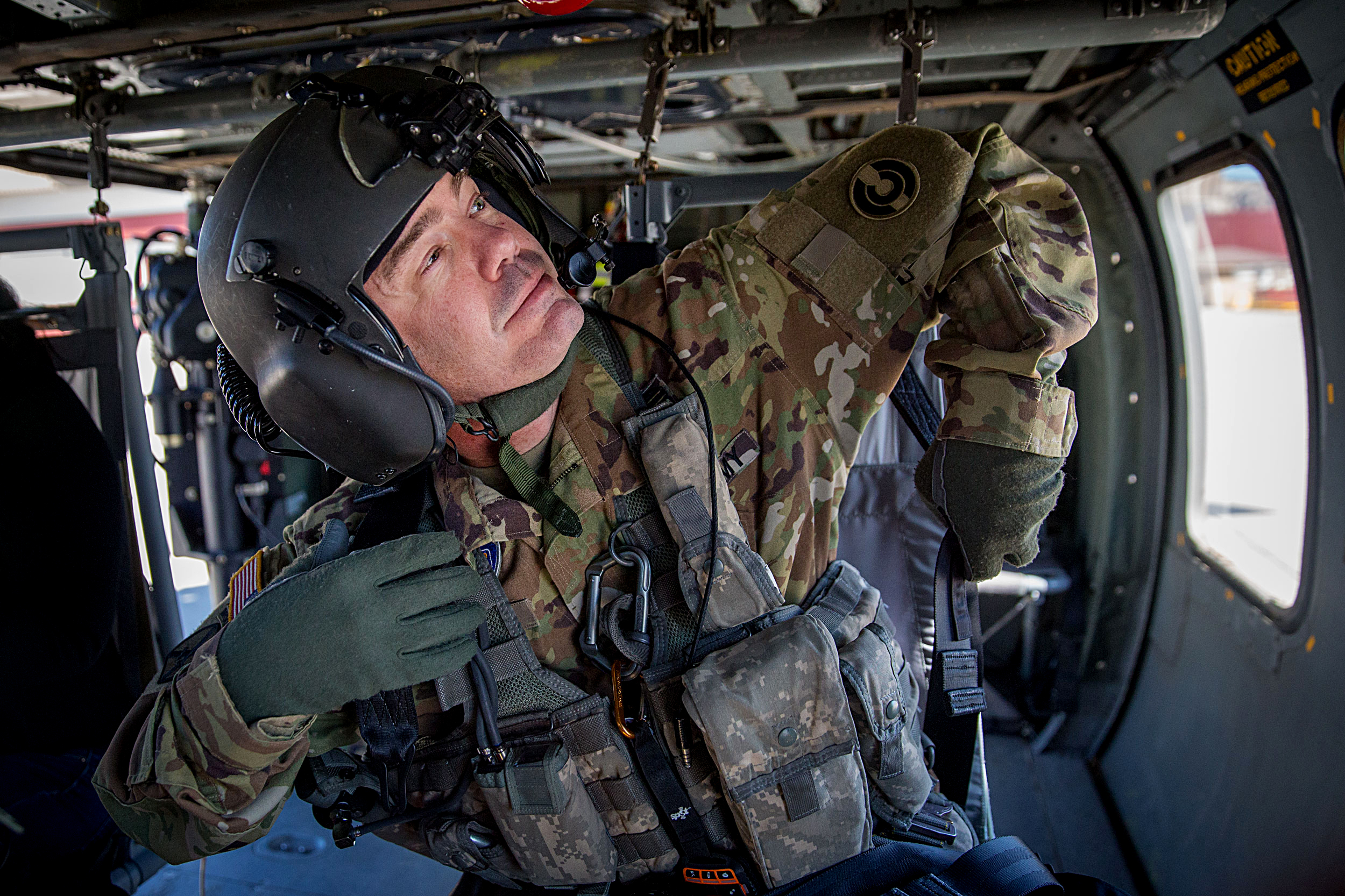 Hart Van Denburg/CPR NewsHAATS Commander Lt. Col. Britt Reed straps in aboard a Black Hawk helicopter for a flight to Aspen on Aug. 13, 2019. 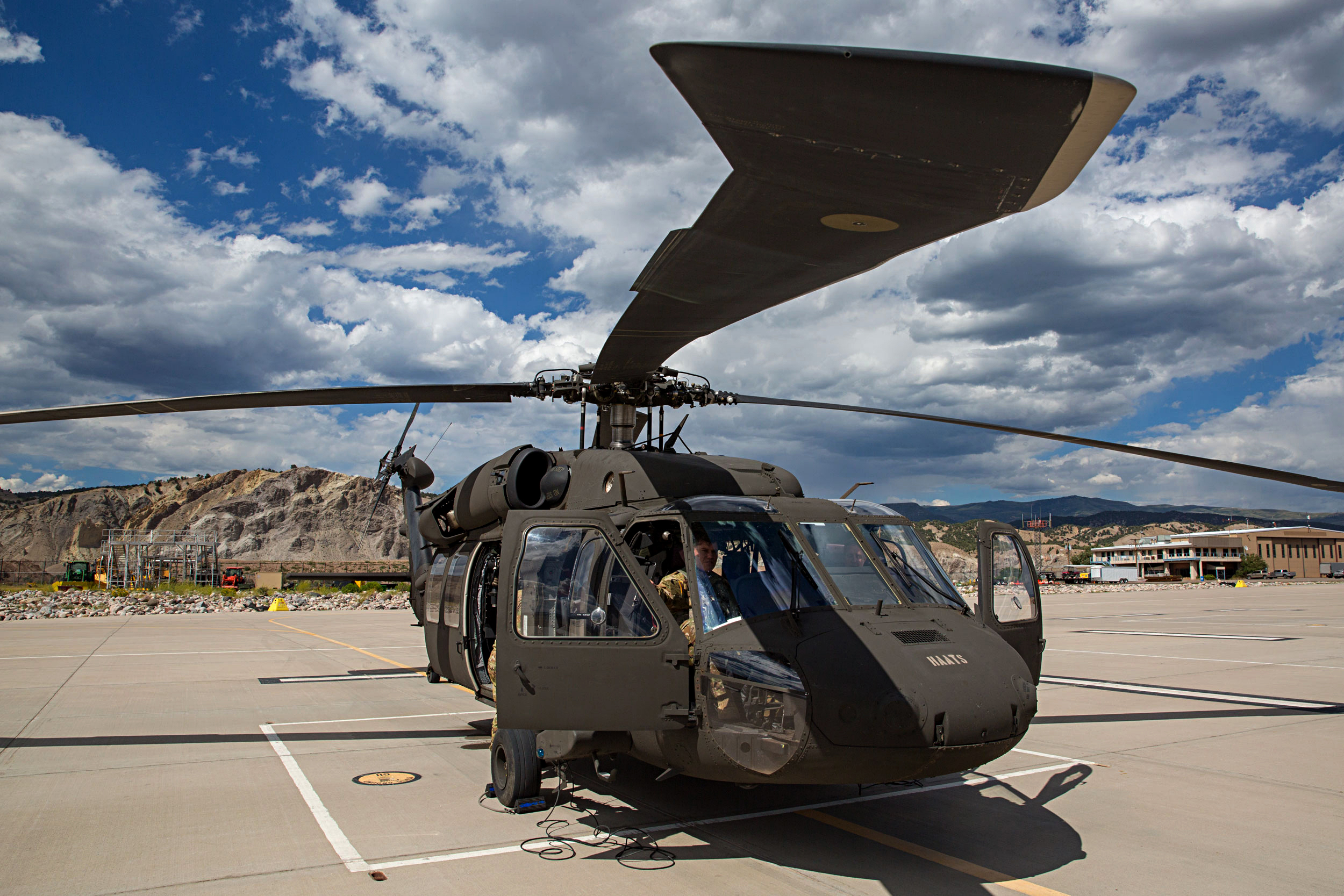 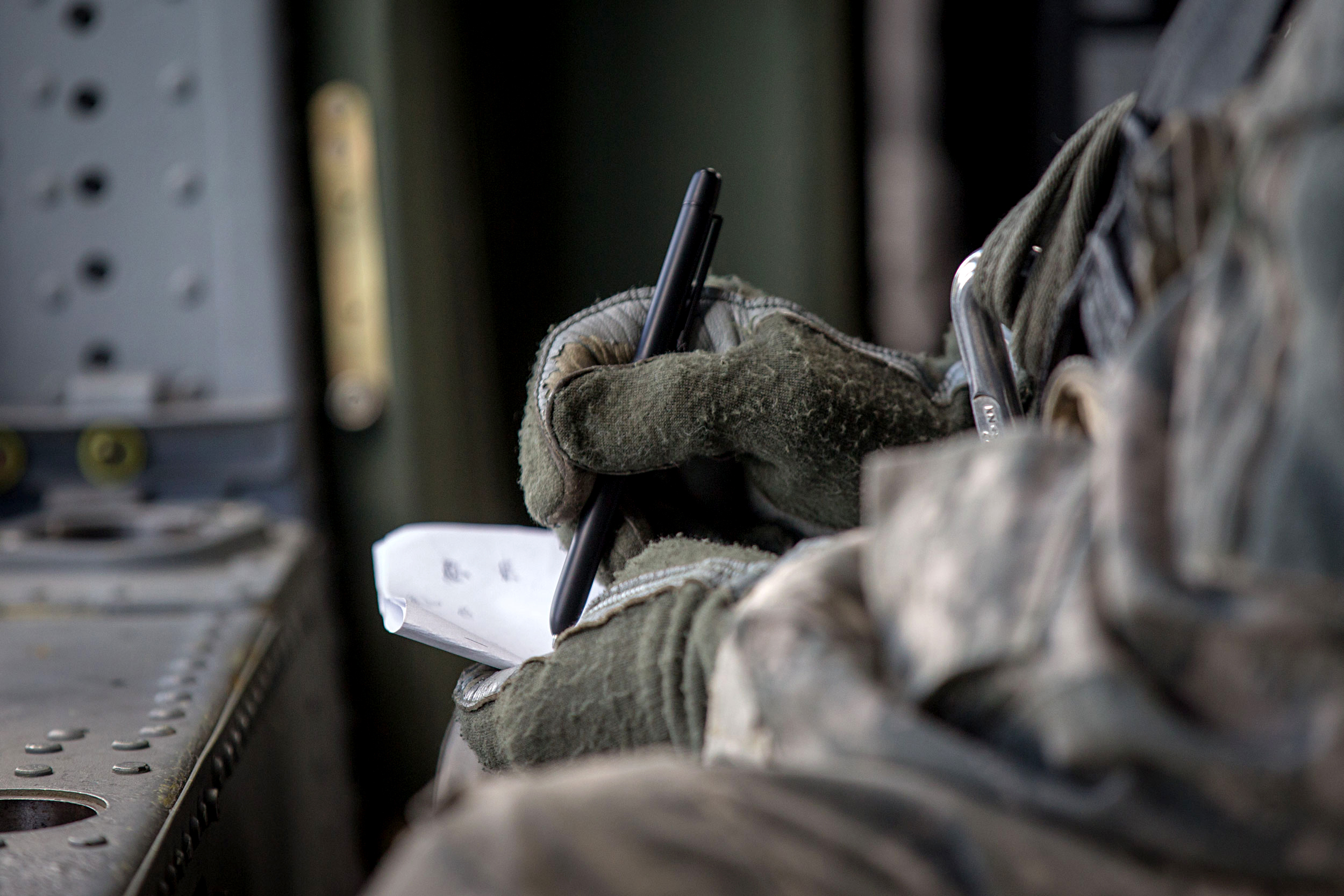 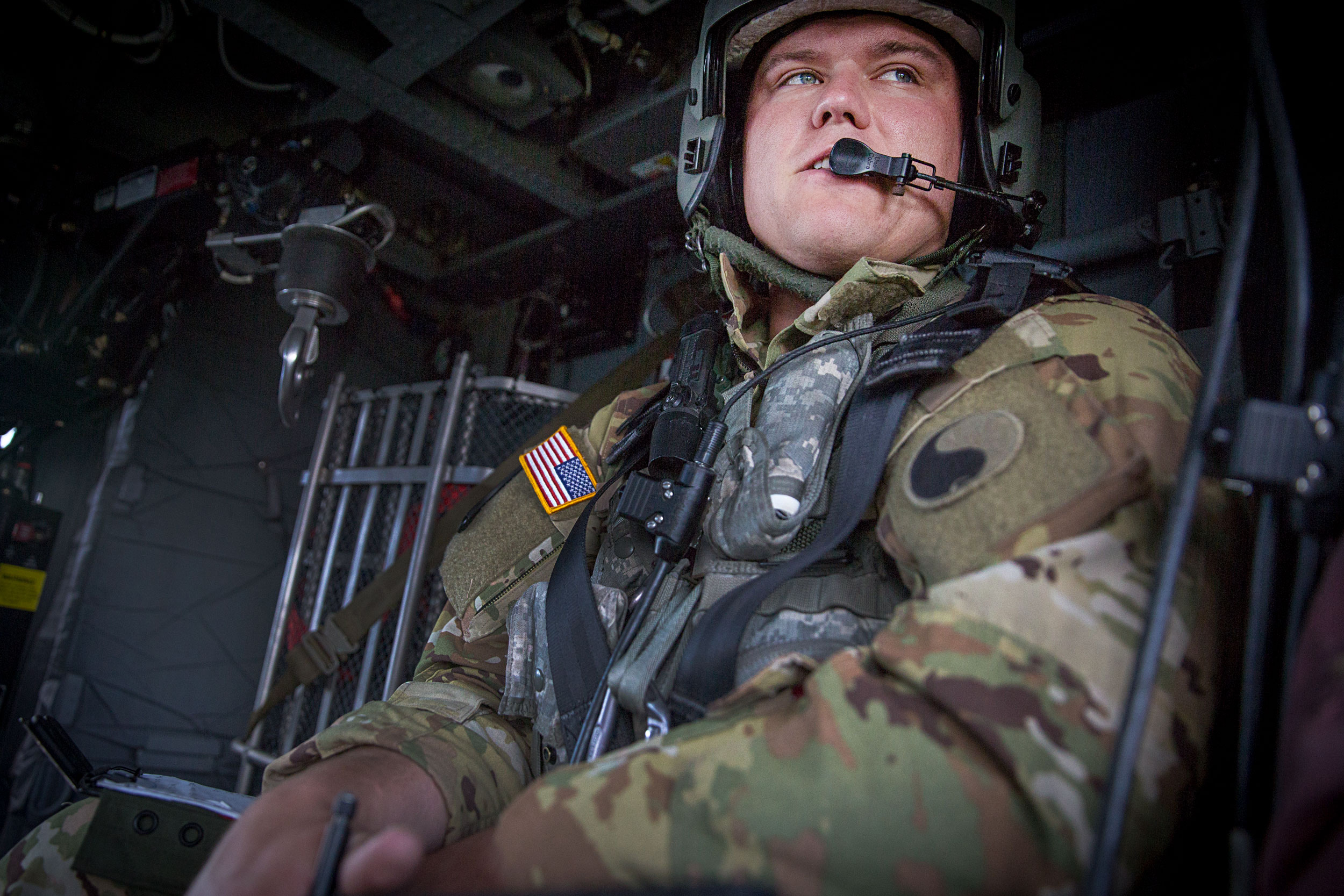 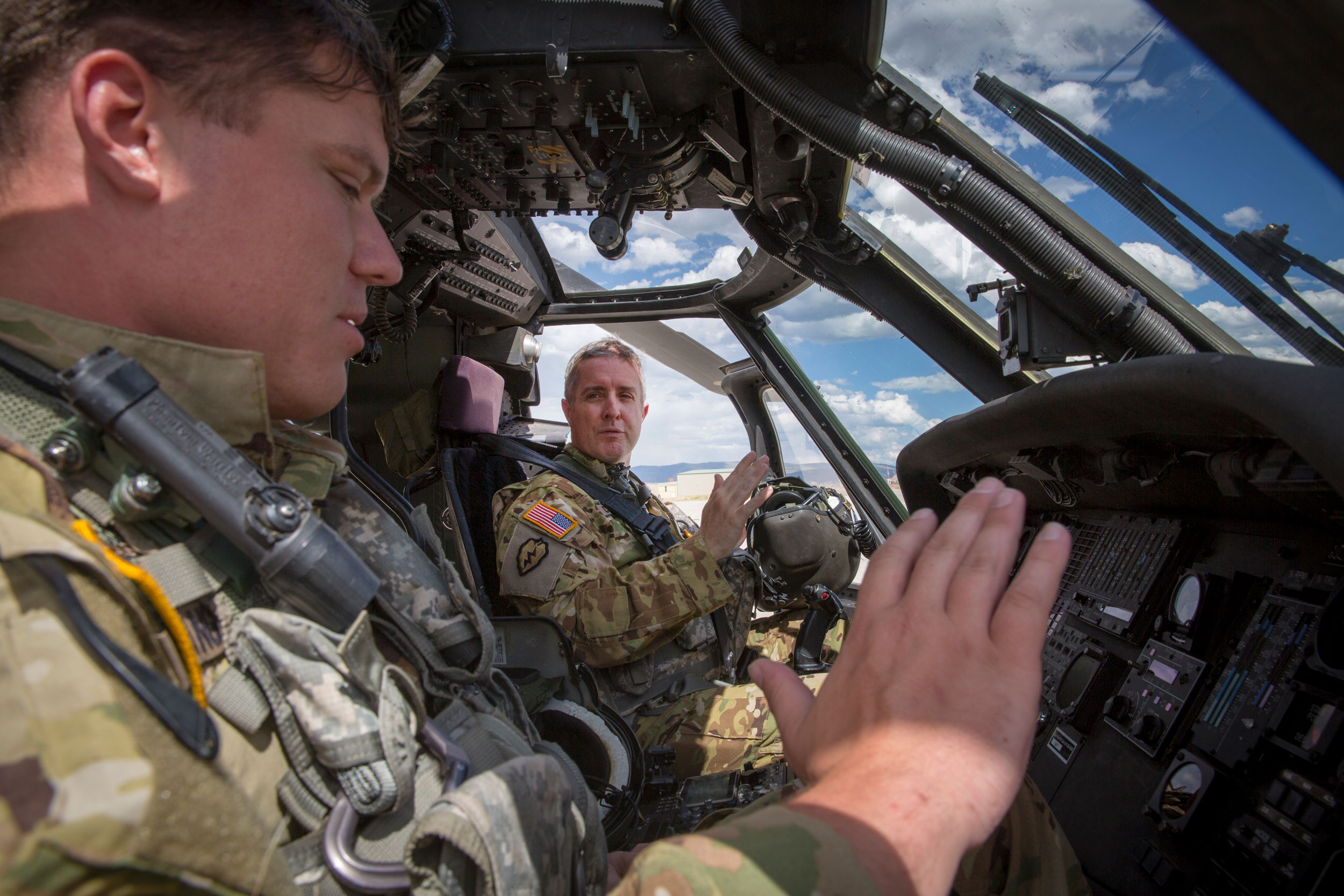 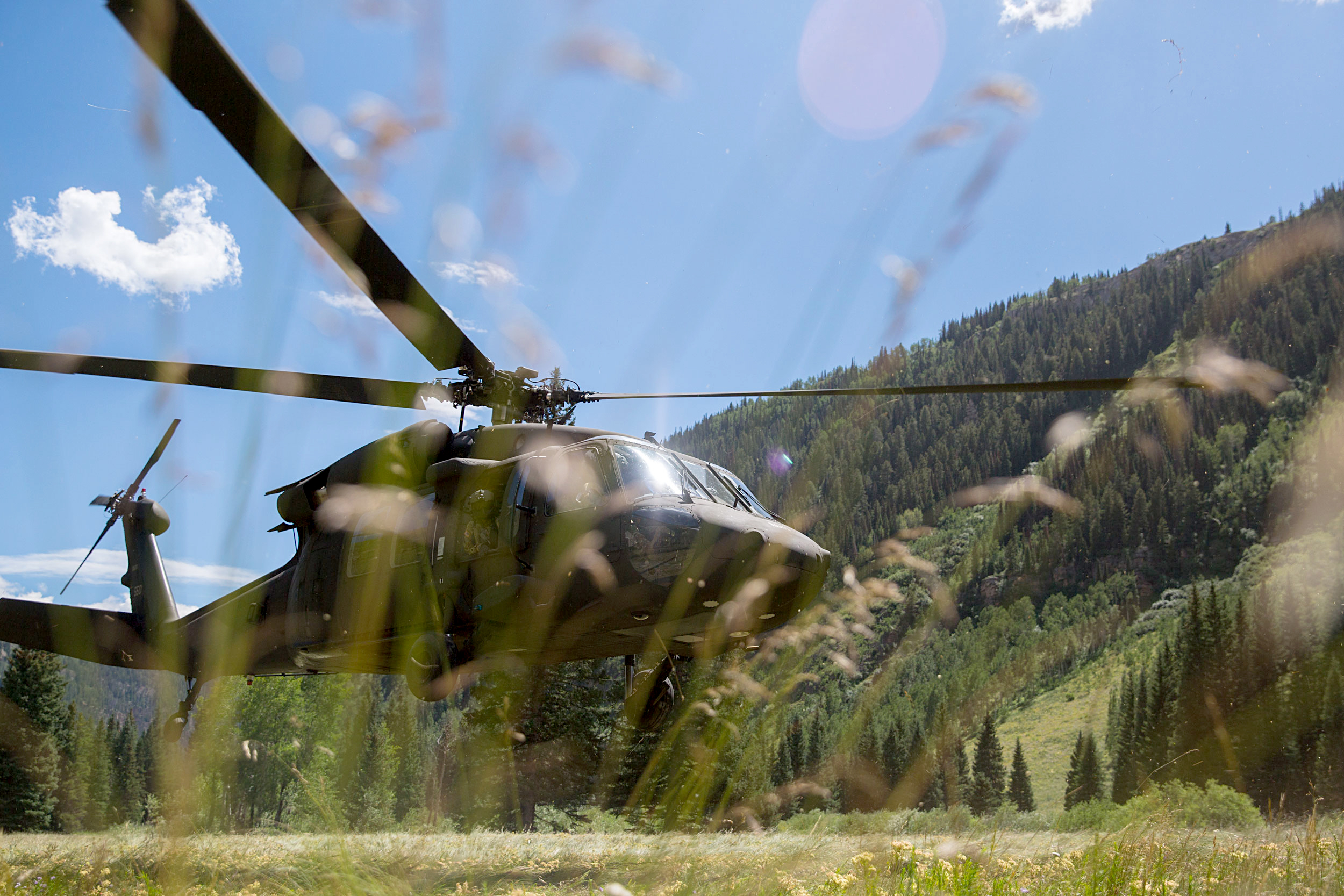 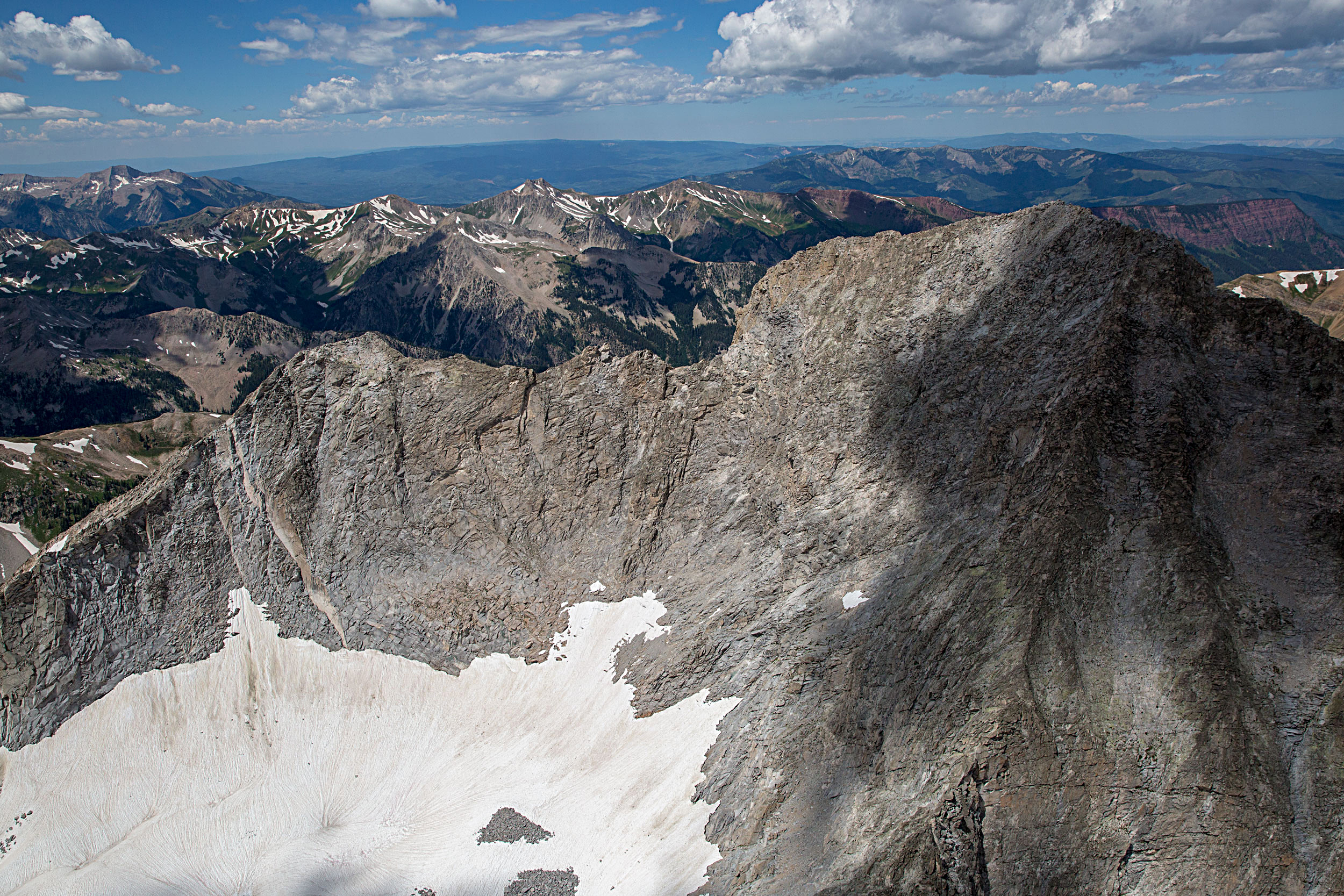 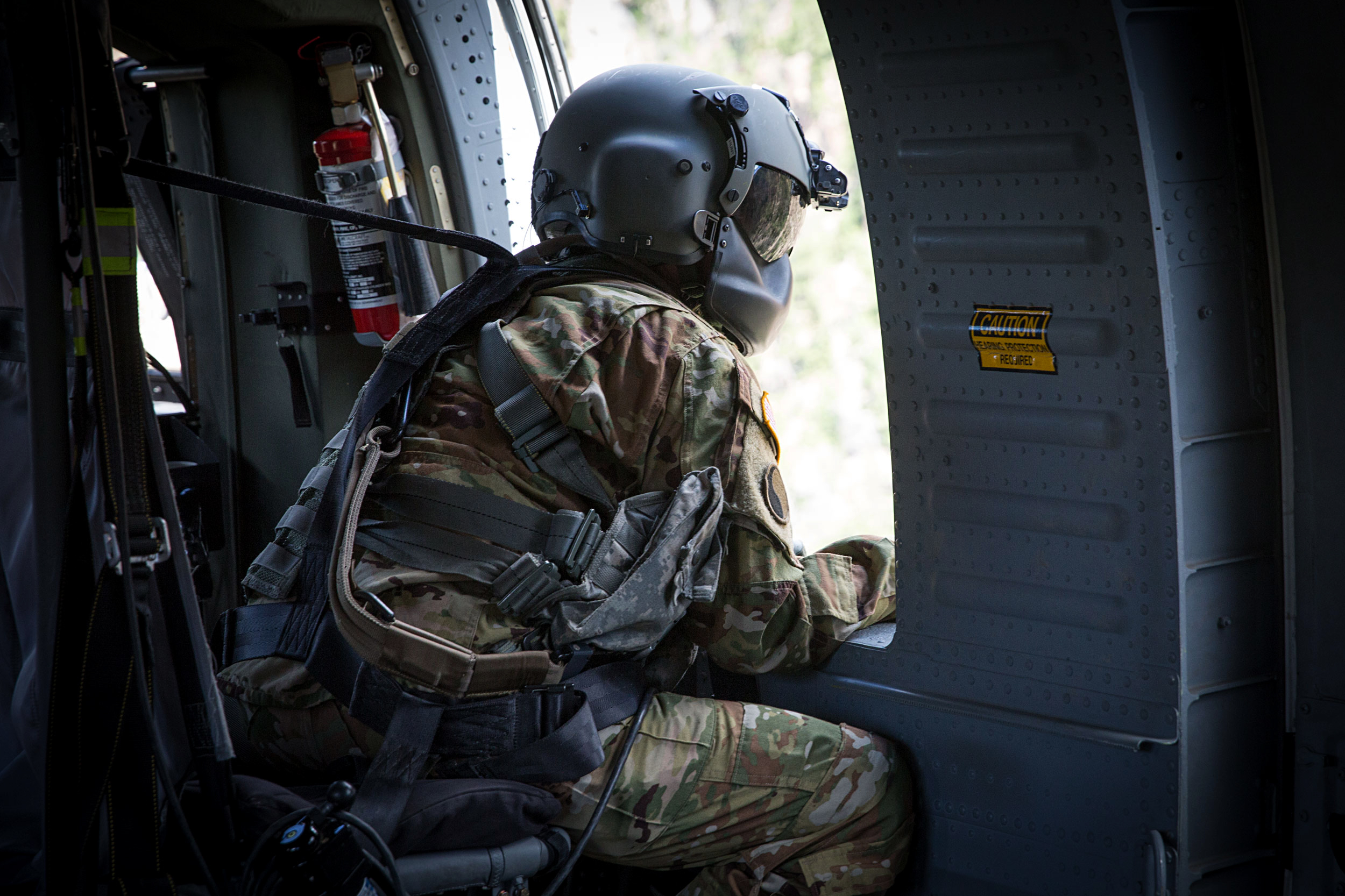 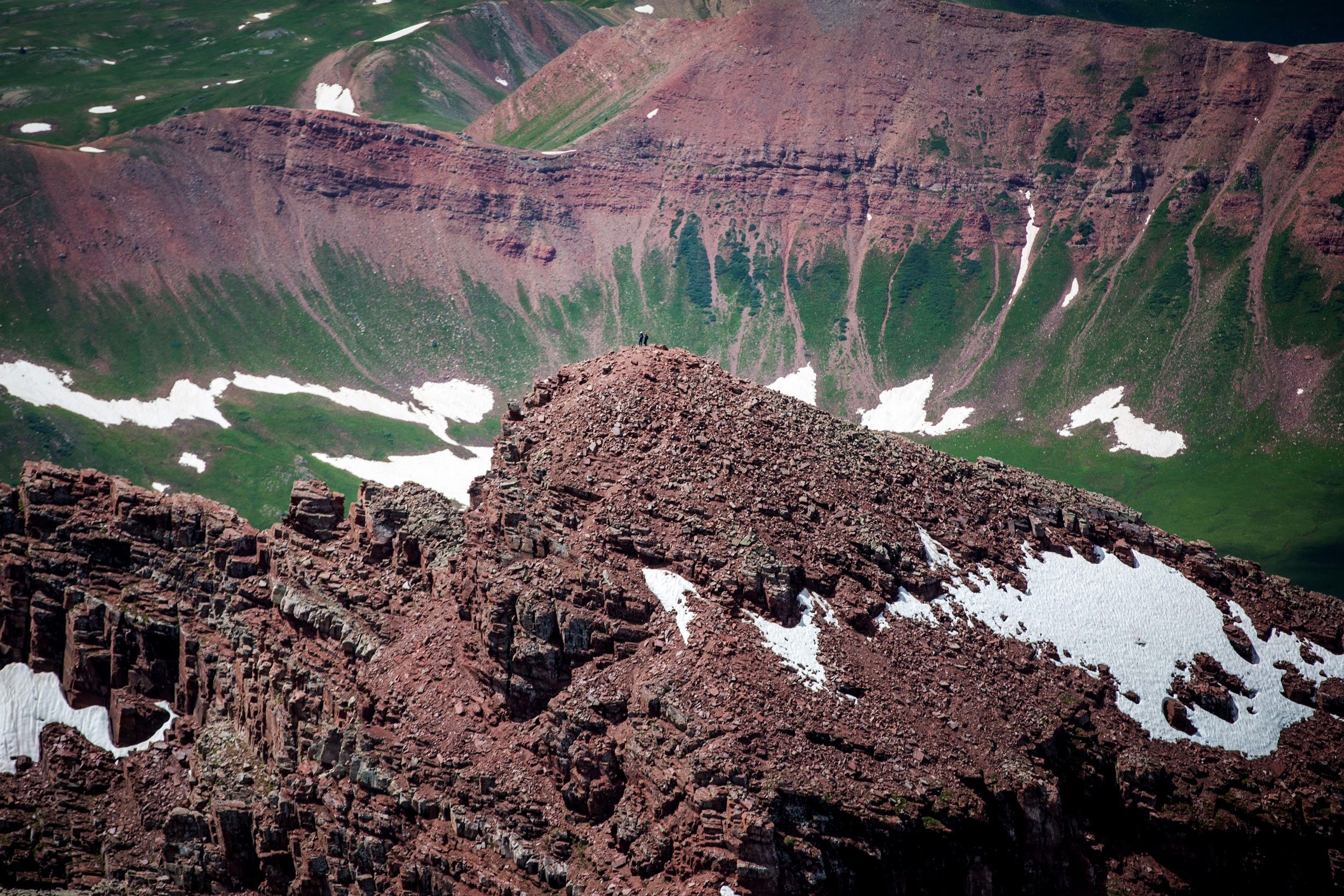 Hart Van Denburg/CPR NewsThe Army National Guard's High Altitude Aviation Training Site in Eagle County schools helicopter crews from all U.S. service branches in the high-risk skill of managing their aircraft in the thin air over mountainous terrain. Two climbers atop South Maroon Peak near Aspen can be seen from a HAATS flight on Aug. 13, 2019. 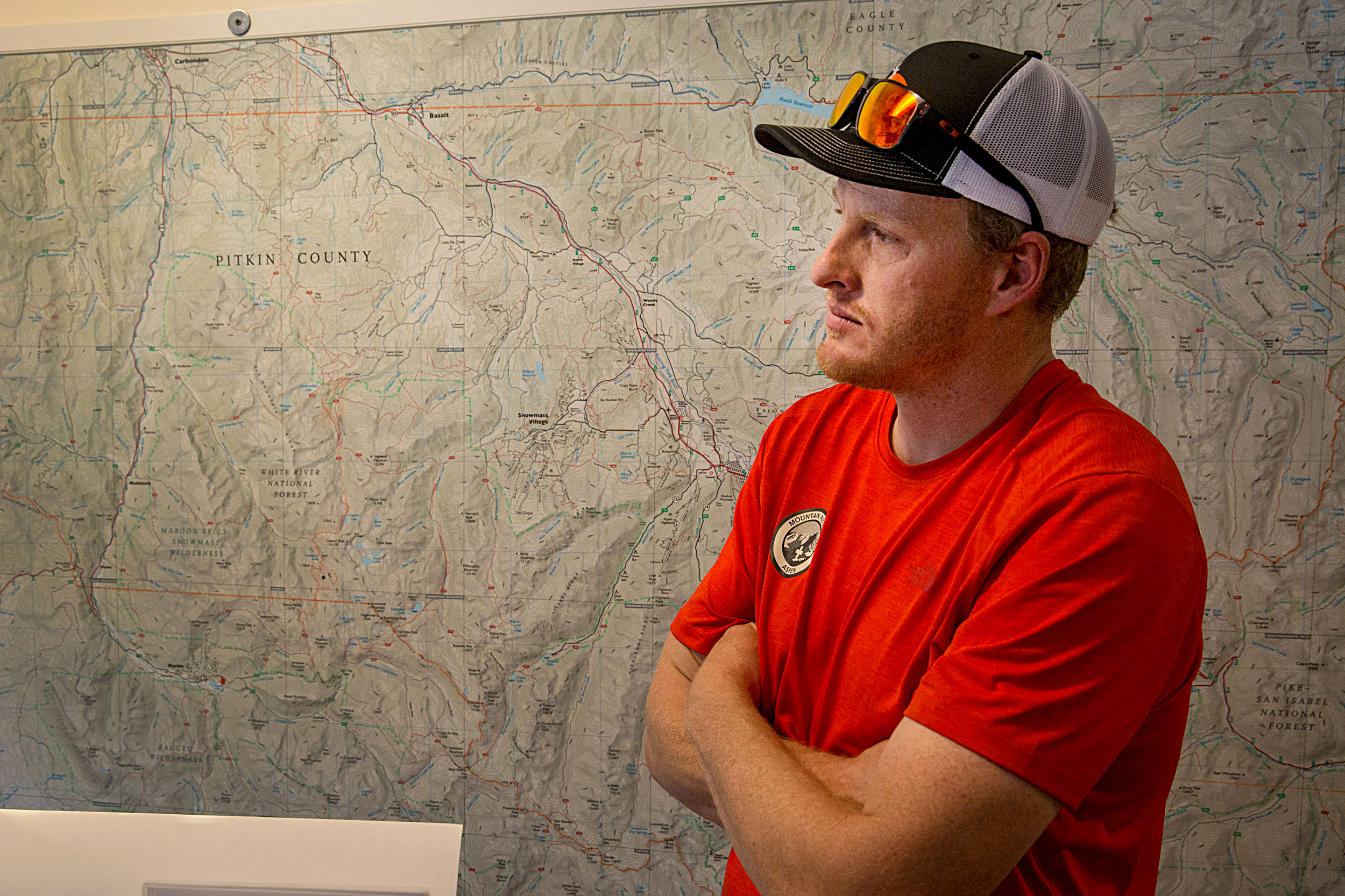 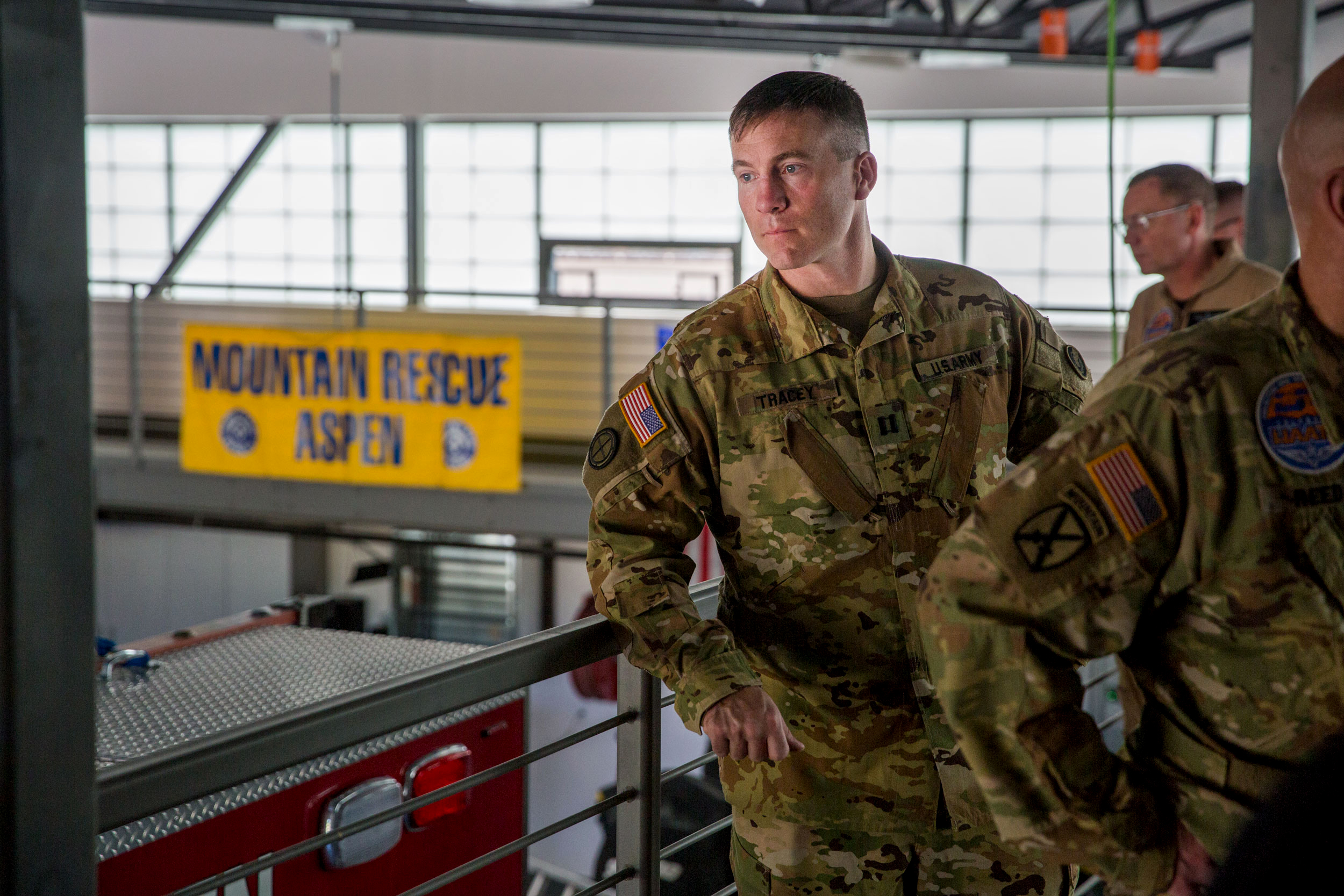 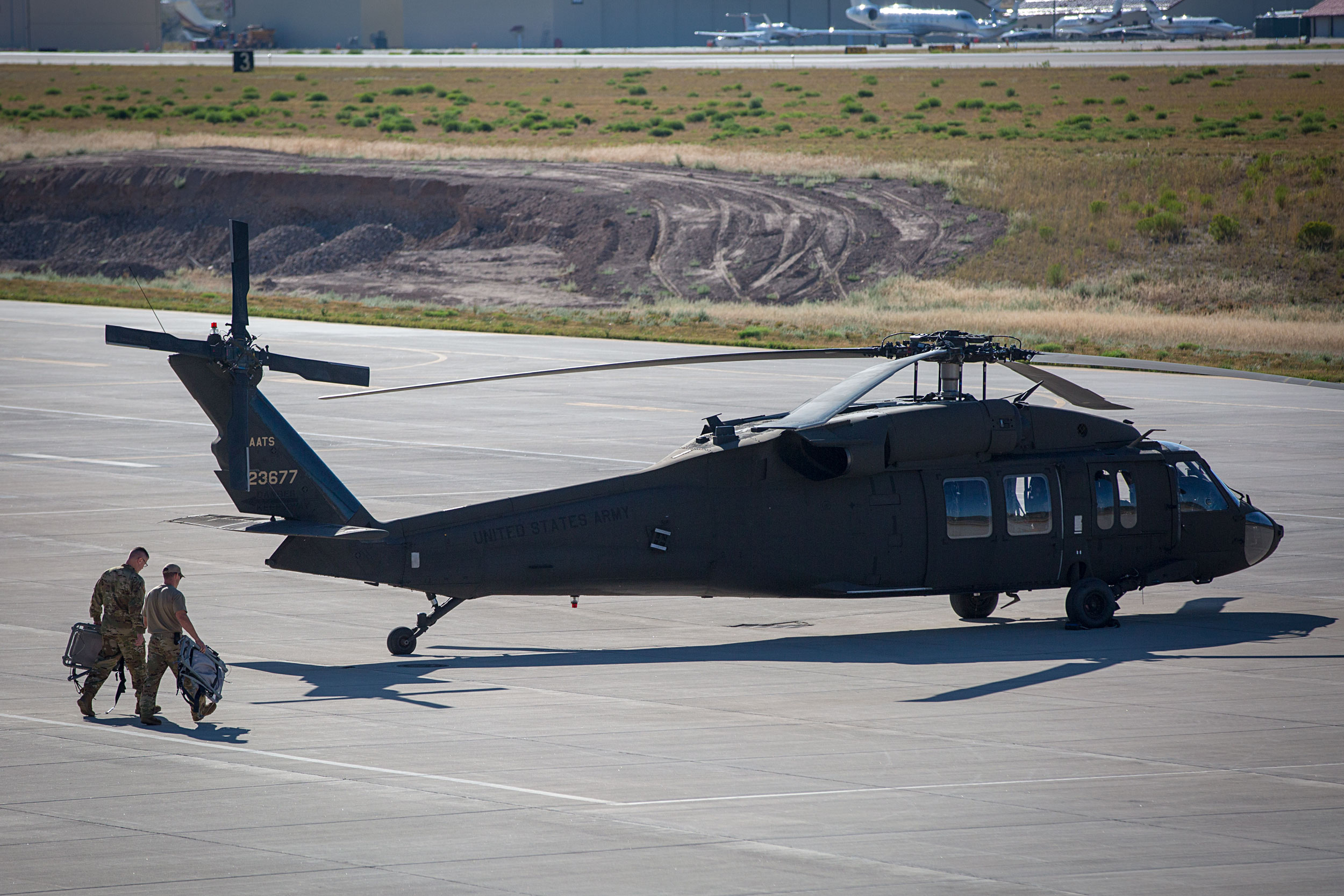 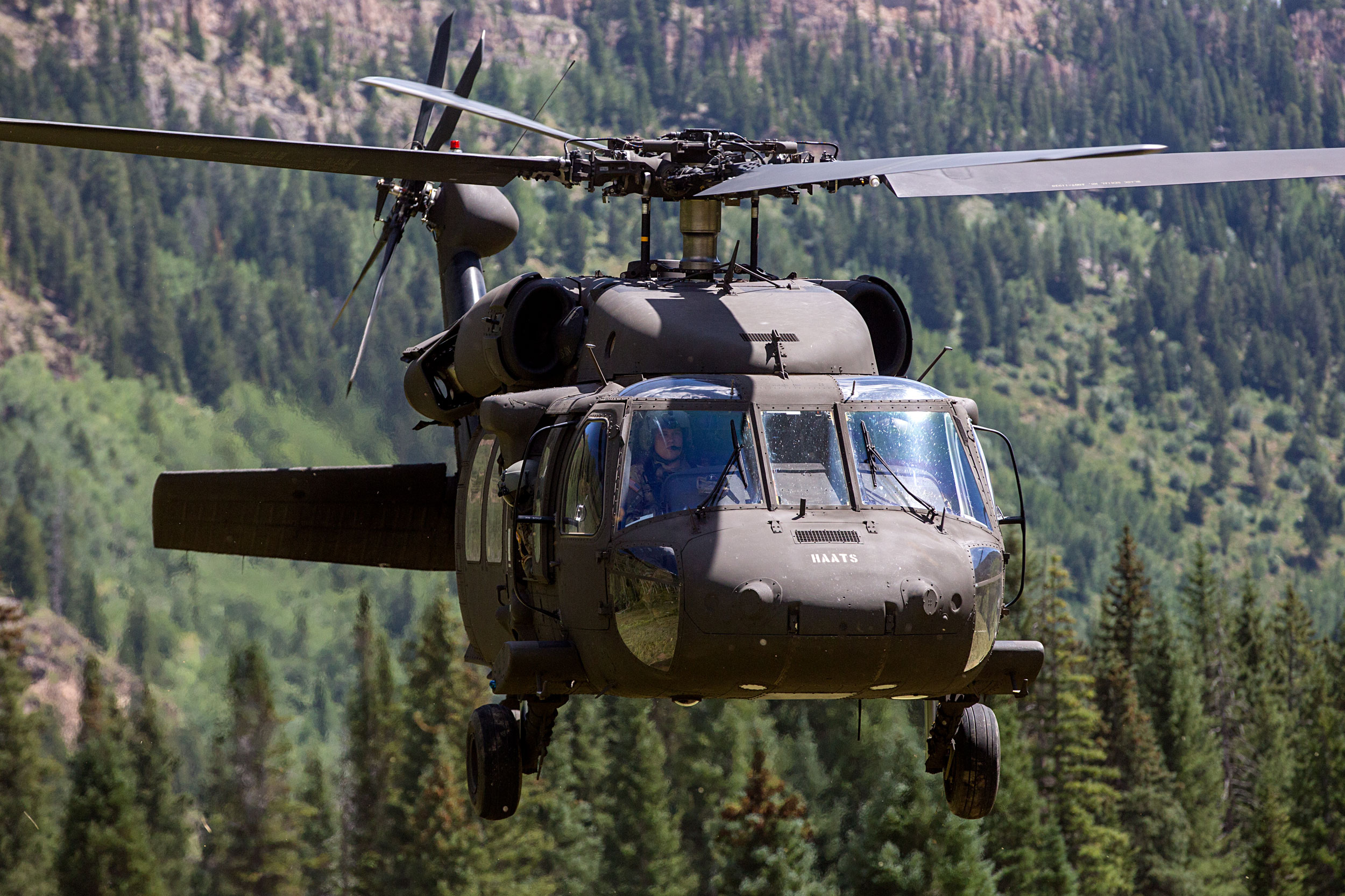 Instructors, like Chief Warrant Officer Mike Felton, get the most satisfaction when they hear from former students that what they learned at HAATS helped them in mountainous regions in the U.S. or when they’re deployed to places like Afghanistan. It’s something his mentor told him would happen.

“He said ‘You are basically saving lives by working up here.’ And I totally believe that. We train pilots and they go off and defend our country and do the things we ask them to do,” he said.

The HAATS 1 million acre training area covers public lands and some of the state’s fourteeners. Aside from flying routes to clear those tall peaks, they have more than 100 different landing zones. During a sweep of the training area, Lt. Col. Reed pointed out the different LZs and terrain that makes the school special.

Snow means white-outs, dusty, sandy areas can create brown-outs and there is all manner of terrain features from ridges and saddles to canyons and pinnacles located from 6,500 feet to as high as 12,000 feet.

HAATS has agreements with the National Forest Service and the Bureau of Land Management to not use the same landing zones every day and to report their frequency of use. The status of public lands surrounding HAATs has been a focus of the Colorado Congressional delegation. While all agree that their mission is important, they don’t agree on how potential changes to designations in and around HAATS might affect the training. Reed can’t comment on proposed legislation, but he does see their point of view.

“For them, it’s just important that we keep our capabilities we got right now,” he said.

The central high country location also gives the HAATS crew the opportunity to be good neighbors. In recent years they’ve teamed up with both the Vail Mountain Rescue and Mountain Rescue Aspen teams. In 2019 alone, they’ve helped in 21 rescues that saved 30 lives.

The training officer for Mountain Rescue Aspen said that HAATS has set the tone for Colorado, and there’s more of this type of collaboration in other parts of the state. As part of the Colorado National Guard, it also answers the call during wildfire season with water drops.

But Lt. Col. Reed reiterates that their main mission is to train aviators and aircrews. He’d like HAATS to get the recognition it deserves by becoming a Department of Defense Schoolhouse – meaning an instructor from every armed uniform service teaches there.

“That’s our strategic goal. Hopefully, we can get the Pentagon to buy off on it,” he said.