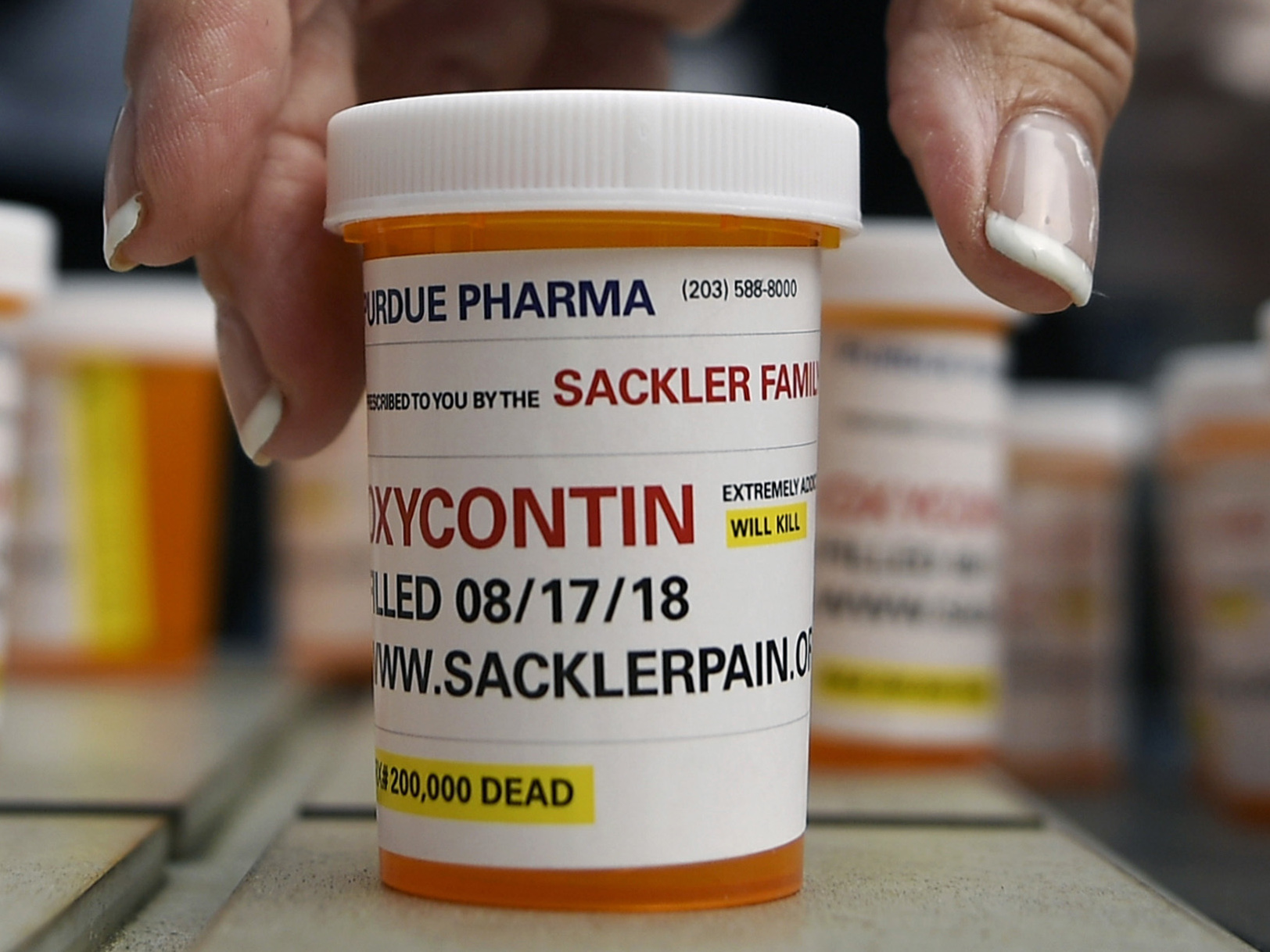 The nation’s response to the deadly opioid epidemic has been broadly bipartisan, but deep divides have emerged over a settlement plan offered last month by Purdue Pharma, the maker of Oxycontin.

Democratic state attorneys general have generally panned the deal, which would force Purdue’s owners, member of the Sackler family, to give up control of their company while paying roughly $3 billion in cash from their personal fortunes.

Joel Stein, the Democratic attorney general in North Carolina, wants the Sacklers to pay a lot more. “They are more responsible than any for all the death and destruction our nation has experienced,” Stein told NPR. “They have to make a meaningful and certain contribution to clean up the mess they helped to create.”

So far, only two Democratic attorneys general nationwide have backed the plan, with more than 20 rejecting it.

Republican attorneys general, meanwhile, have mostly embraced the structured bankruptcy plan. They say the deal isn’t perfect but it would get money to communities fast.

“It is, I think, the best deal that can be obtained,” said Dave Yost, the attorney general in Ohio, in an interview with public radio’s Ideastream network. “It’s going to put money on the street to help get treatment and do all the other things that we need.”

Different theories have emerged to explain why a partisan divide has grown over the Purdue Sackler settlement.

Richard Ausness, an expert on opioid litigation at the University of Kentucky, says there have always been cultural differences in the way Republican and Democratic attorneys general view the opioid fight.

“Some of the Democratic politicians, more so than the Republicans, are on a crusade,” Ausness said. “This is a moral issue for them, not just simply a matter of economics. They want to punish the drug companies for what they did, and not simply make a deal with them.”

Ausness says some Republican AGs, meanwhile, are eager to put the opioid fight behind them. They tend to have much closer ties to the drug industry and in general have been more reluctant to sue corporations.

Another factor may be the experience of some Republican AGs, who’ve risked a political backlash from fellow conservatives after taking on the drug industry.

Mike Hunter, the Republican attorney general in Oklahoma, prevailed in a court fight with Johnson & Johnson and won a $270 million settlement with Purdue Pharma.

But he’s also faced criticism from The Wall Street Journal’s editorial board for “scapegoating” drug companies. And he barely survived a bitter primary fight last year, after a conservative challenger attacked him over his decision to hire outside counsel to help with opioid litigation.

“It’s been tough,” Hunter said, speaking to a gathering of the Bipartisan Policy Council this summer. “The extent to which this lawsuit was part of the discussion during the election was certainly regrettable. That was something that certainly gave me pause.”

The role of Luther Strange

NPR found that much of the political pressure faced by Republican AGs who pursued opioid litigation has come from one highly influential conservative: Luther Strange.

He’s a former US Senator from Alabama who served as that state’s Republican attorney general. He also led the Republican Attorneys General Association until 2017.

Strange didn’t respond to NPR’s repeated requests for an interview but, over the last year, he emerged as a prominent critic of opioid lawsuits.

“I’ve written on this recently because it is a blooming problem and issue around the country,” Strange said at a gathering of the conservative Federalist Society in June.

He predicted the public nuisance legal arguments now being used against opioid defendants like Purdue Pharma “will be used against almost any other broad social issue.”

NPR has learned that while Luther Strange was championing conservative arguments against opioid lawsuits, he was also working behind the scenes as a paid attorney for members of the Sackler family.

According to a source with detailed knowledge of the matter, Strange represented his clients at a gathering of the Republican Attorneys General Association in West Virginia over the summer, where he worked to convince AGs to accept Purdue Pharma’s bankruptcy plan.

Sources contacted by NPR say factors other than politics clearly shaped how individual state AGs reacted to this deal. Some states embracing the settlement plan are desperate for cash and want a quick settlement. Others have laws that make it hard for them to pursue the Sacklers individually in court.

A few Republican attorneys general, meanwhile, have rejected the proposal.

“The settlement deal was grossly inadequate to address the harm that they caused and so we just said no,” said James Boffetti, an associate attorney general in New Hampshire.

But the partisan divide over the Purdue Sackler settlement is now a major sticking point. To get a plan finalized and approved by the bankruptcy court in New York, Purdue Pharma will likely need more Democratic states on board.

Those negotiations are underway, but so far Democratic AGs are sticking to their demand that the Sacklers forfeit more of the personal fortune they amassed from opioid sales, valued at more than $13 billion.