If you ask New Hampshirite Mike Steinberg what it takes to win over Granite State primary voters, he’ll tell you the key is hustle.

On Sen. Michael Bennet’s most recent swing through New Hampshire, Steinberg held a meet and greet in Dover at his specialty paper company with the goal of getting the Colorado senator some more face time with voters. Marjorie Smith, a state representative from nearby Durham, held a house party for Bennet for the same reason.

As Bennet worked the crowd, one guest asked him point-blank: “how much time will you spend here?”

There's one hitch, though. Bennet has a job already as the senior senator from Colorado. One that could become busier than usual as impeachment ramps up. Any impeachment trial of President Donald Trump would be held in the Senate and keep all six of the presidential candidates who are sitting senators off the campaign trail.

Some conservative critics have argued the senators in the race should recuse themselves from sitting in judgment of the man they hope to replace — and idea Bennet dismisses.

“I have faith in every single one of my Democratic colleagues to do their constitutional duty,” he said.

While Bennet has held presidential town halls in Boston, Massachusetts and Tempe, Arizona in recent months, he hasn't held one for his constituents in Colorado since last summer. His Republican colleague, Sen. Cory Gardner, has long been criticized by liberal activists for a similar lack of public events in the state. But unlike Gardner, who's up for reelection, there's not a cardboard Michael traversing the state to make that point.

“I think the voters of Colorado know how seriously I take my job and my responsibilities in Colorado and I've always done it that way, I will always do it that way and I'll never let anything interfere with that,” he said. 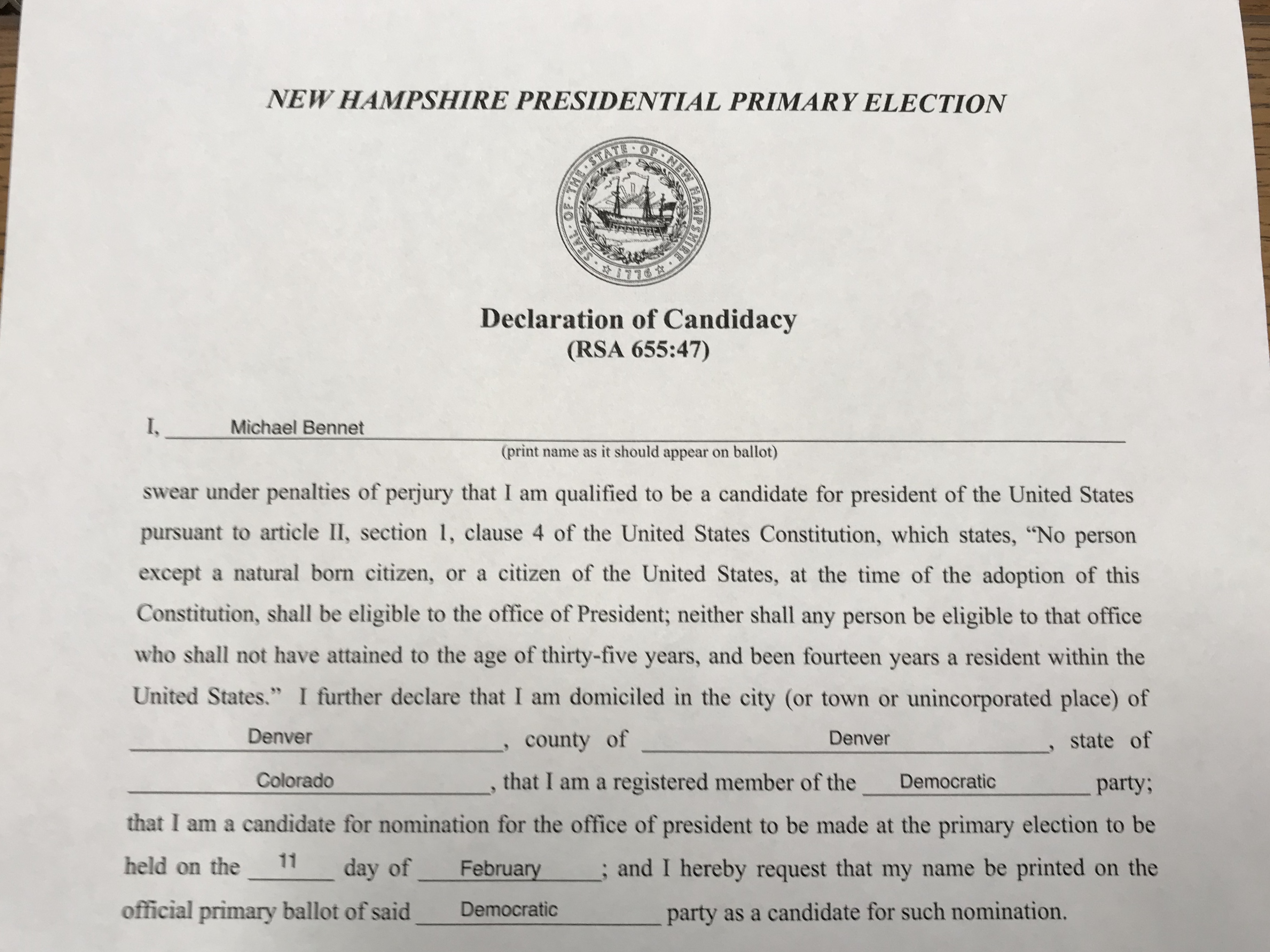 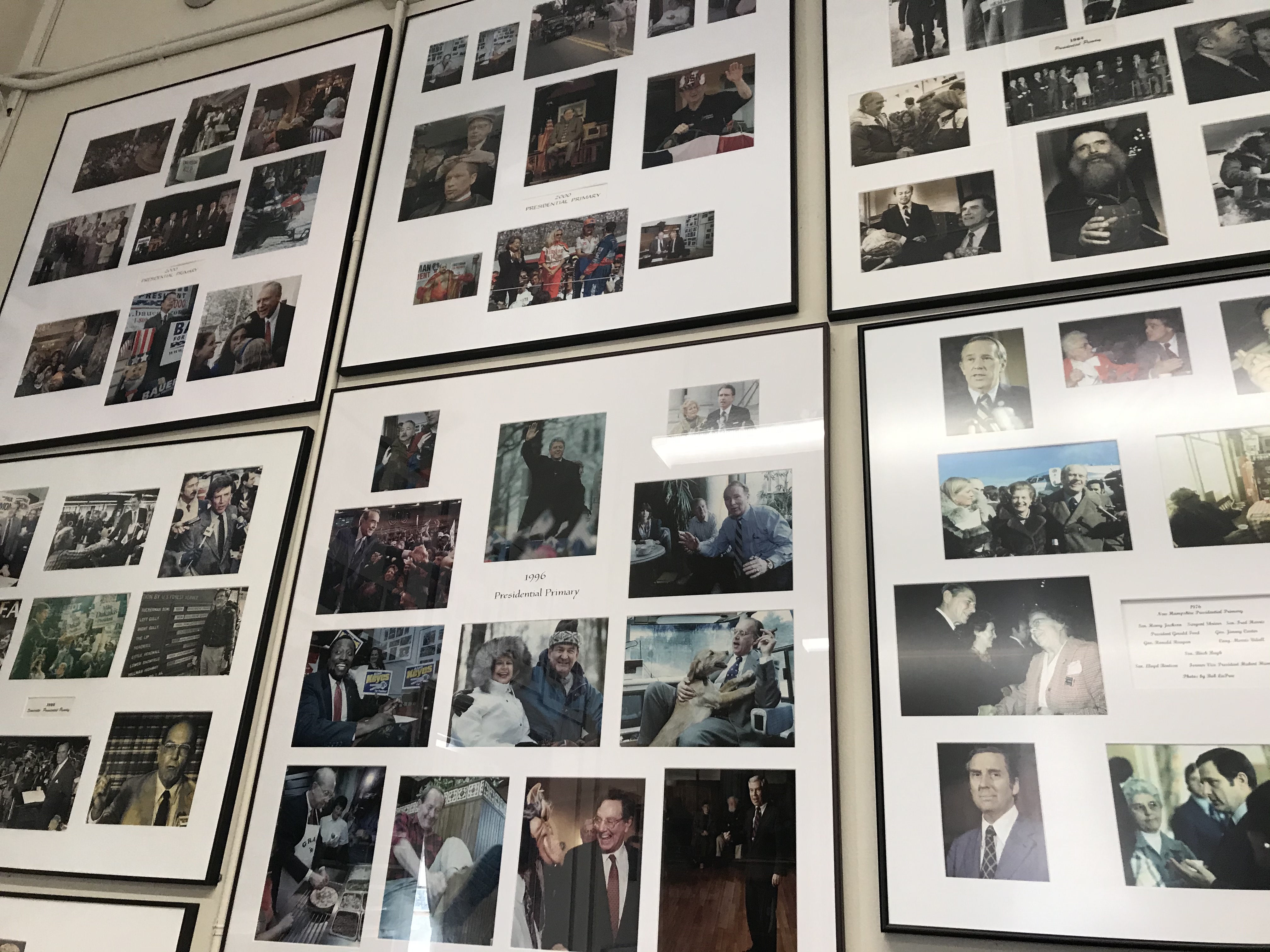 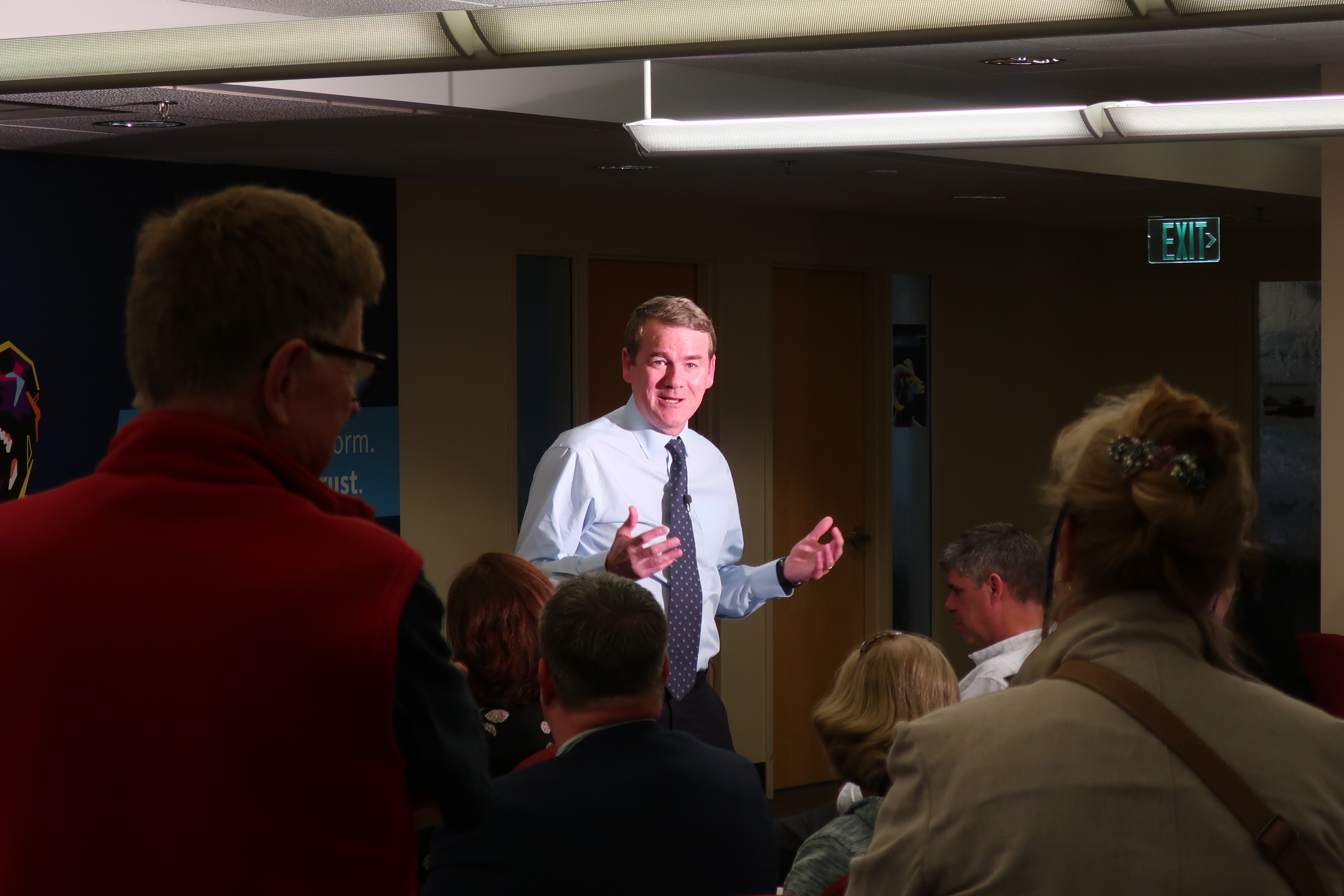 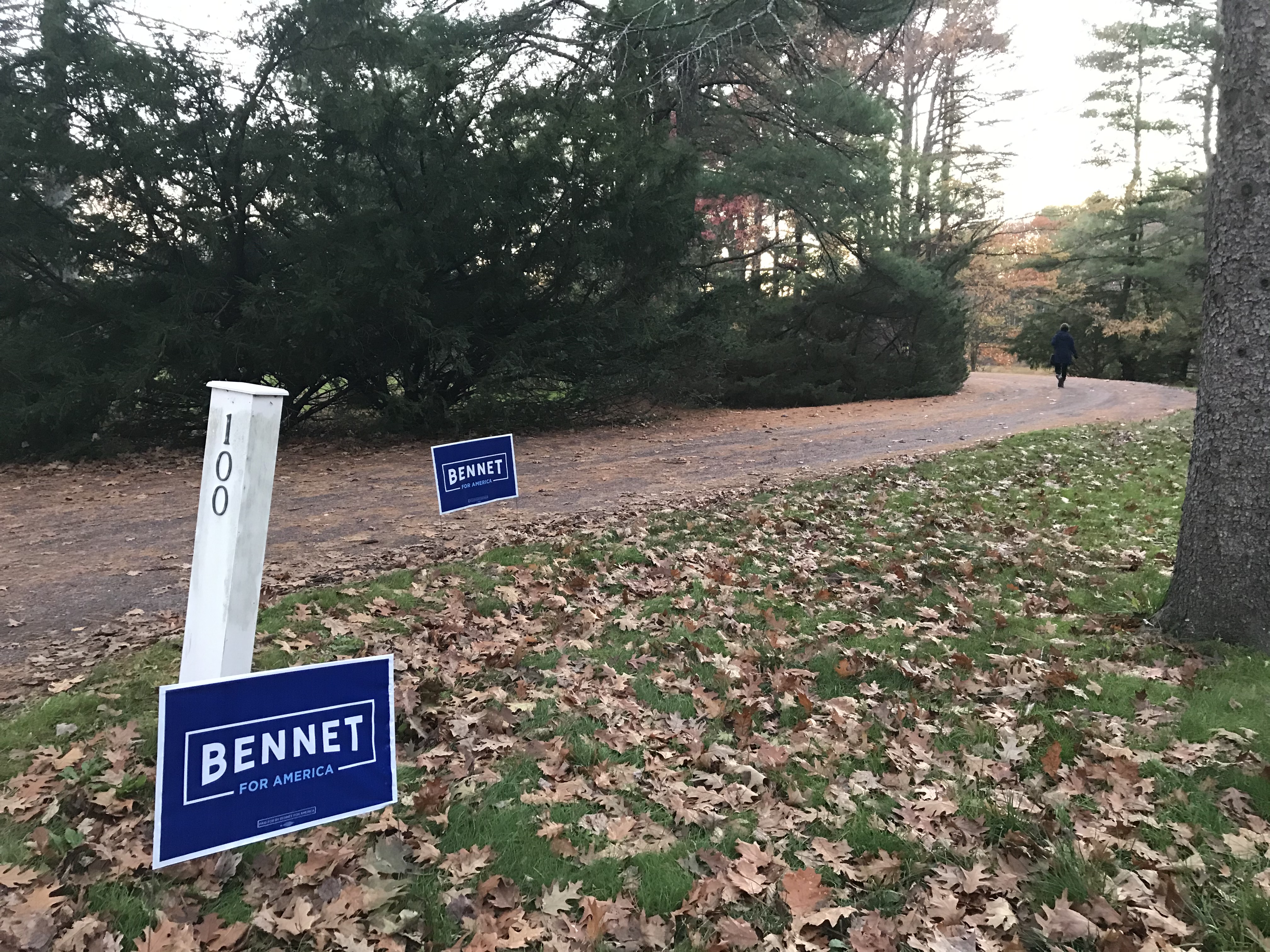 He may keep missing the debate stage and his poll numbers remain in the low single digits, but Bennet’s not giving up his White House quest. To underscore his determination for a strong showing in New Hampshire, Bennet has announced a handful of local endorsements and his campaign is staffing up here.

He also came in person to New Hampshire to file his paperwork and hand over a $1,000 check to secure a spot on the Democratic presidential primary ballot. On the wall looking down on him, were photos of primary candidates from days gone by, including former Colorado Sen. Gary Hart.

His moderate message, with an emphasis on bolstering the nation’s education system, is resonating with some voters, like Brendan Powers. The educator arrived at the Durham house party toting a Bennet For America campaign bag. Bennet was always in his top three, Powers said, along with Sen. Kirsten Gillibrand of New York and Beto O'Rourke of Texas, both of whom have since dropped out.

“I was shocked,” he said of Bennet’s longevity in the race. “But I'm pleasantly surprised. And I will happily volunteer and aid in any way I can to get him across the finish line.”

Bennet says being the last man standing — even if for just one voter — feels great.

“It's kind of a process of attrition until you get to a point where people feel comfortable and make a judgment [about] who can best beat Donald Trump,” he said.

There are still plenty of other candidates in the race with that same argument, and most have more money, better poll numbers and thousands of energetic supporters. Bennet's betting his focus on New Hampshire and Iowa will help him be one of the few remaining as the field continues to thin heading into February 2020.