But this morning's heavy, unrelenting snow has begun to fade. The storm is starting to move out of the state, according to the National Weather Service, taking the snow with it.

Spotter reports saw of snow 10 inches in Boulder, 24 in Meeker Park, 14 in Fort Collins and 10 in Westminster and 7 inches out at Denver International Airport this morning.

While NWS warned that hazardous road conditions will remain even after the sky clears, CDOT said the worst was over. Snowplow crews have made significant progress clearing highways around the state, spokeswoman Tamara Rollison said.

"But still the conditions are, and can be, treacherous out there. And we are advising motorists to drive with extreme care," Rollison said.

RTD service is also smoothing out after a bumpy morning. About 100 light rail trips will be canceled on Tuesday because of operator shortages.

Spokeswoman Tina Jaquez said 11 operators called in after today's snowstorm. Some buses are running behind schedule too.

"But you know all in all we're operating. We're just going a little slower but trying to get everybody where they need to go, safely," Jazquez said.

Safer roads were welcome news after forecasters warned that travel may be "impossible" and strongly discouraged any travel, especially in the northeast corner of the state.

Interstate 70 east of Denver was closed from Airpark Road to the town of Burlington near the Kansas border, but reopened in the afternoon.

Mountain travel took a hit after a rock slide closed I-70 westbound temporarily at Idaho Springs. It reopened around 1:30 p.m.

"We are urging motorists to check cotrip.org before they head up in the mountains," spokeswoman Tamara Rollison said. "It could be slow going, going westbound today." 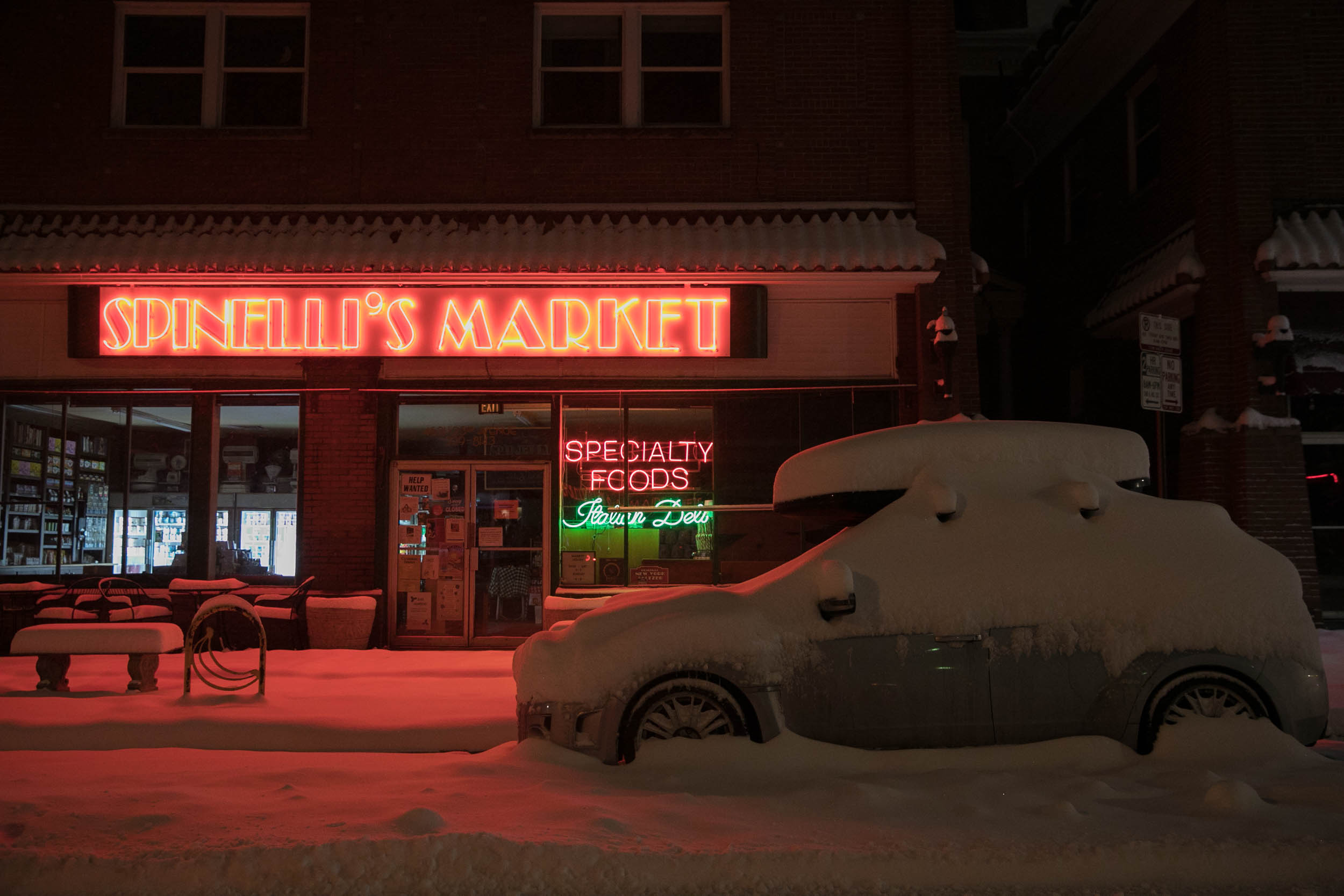 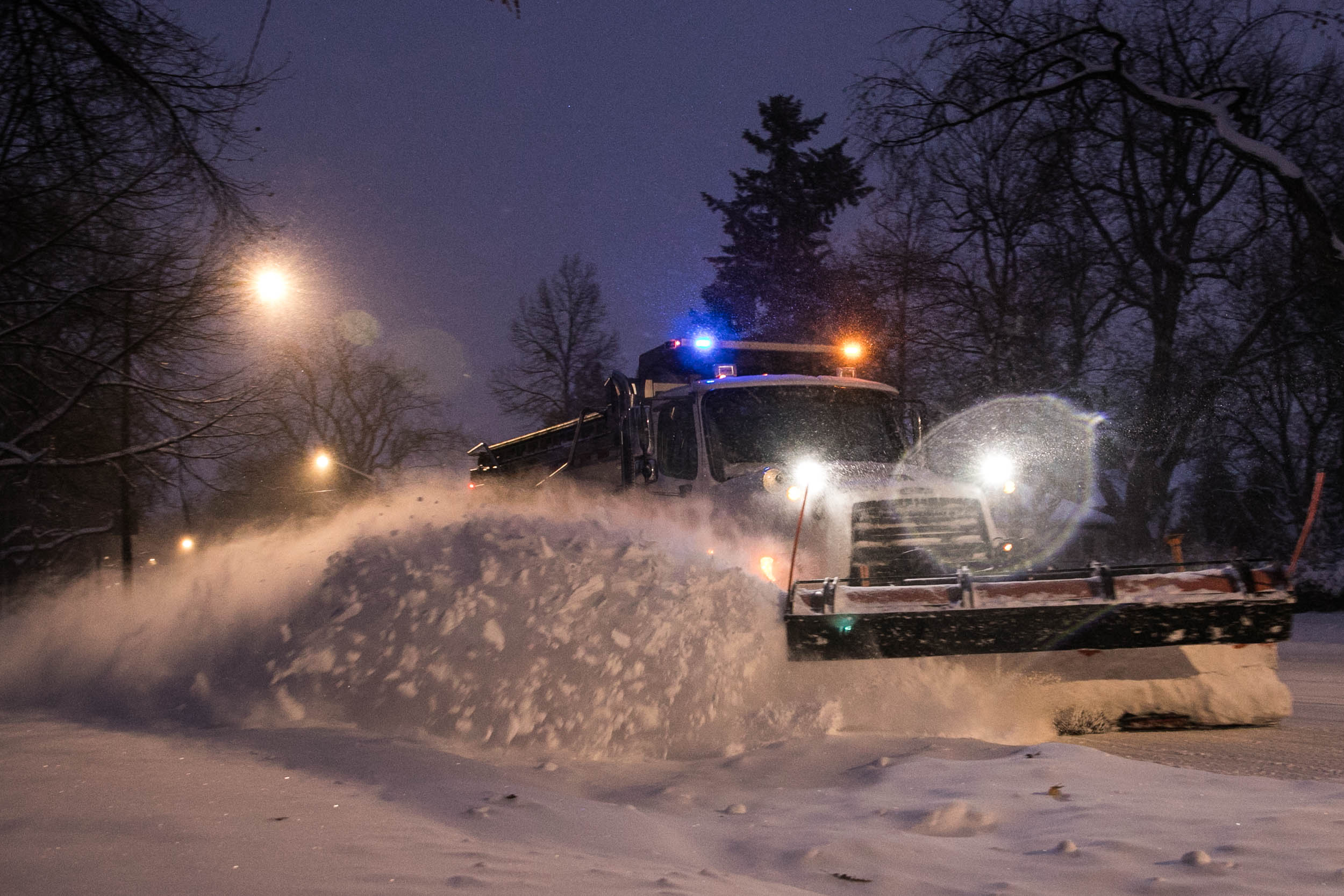 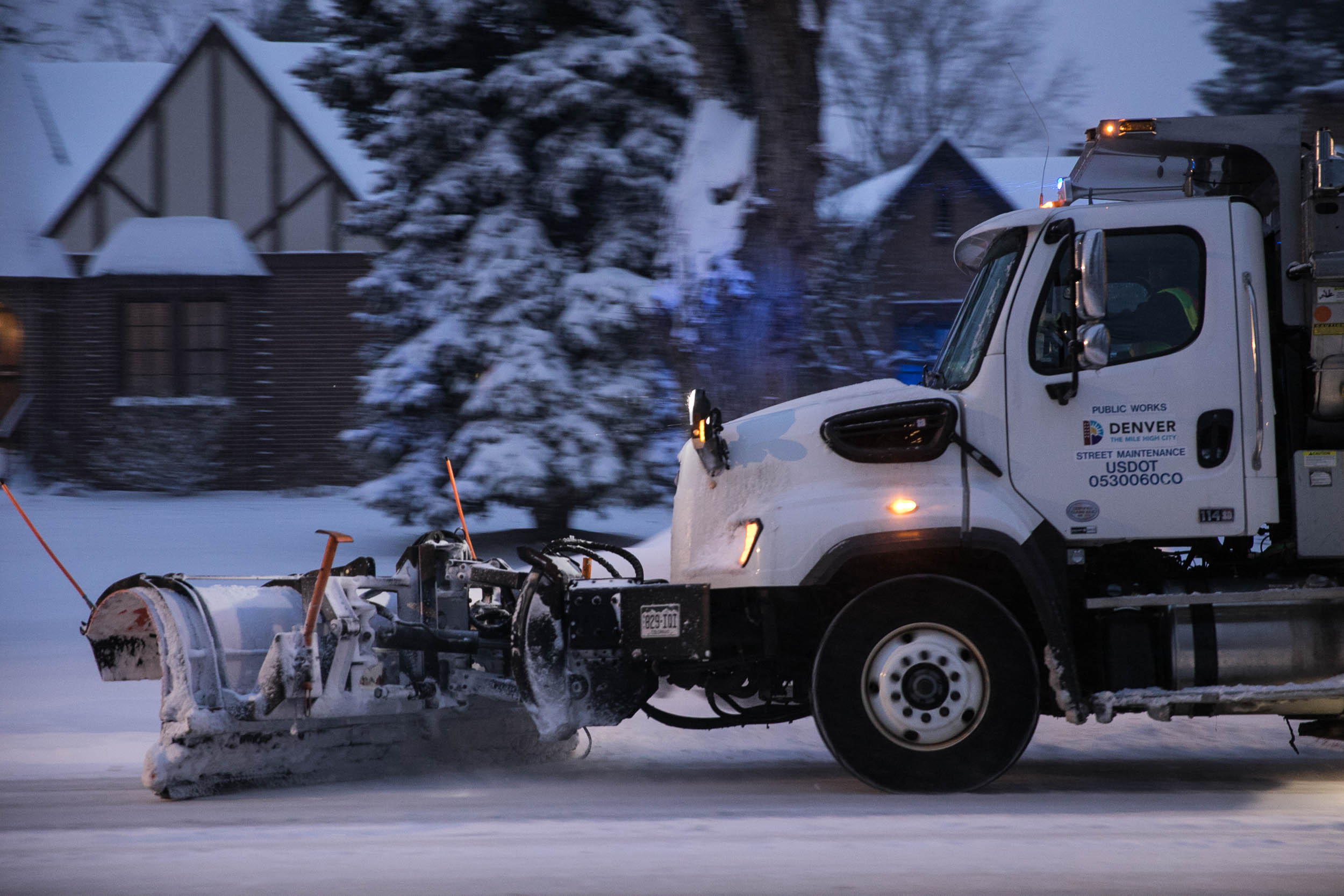 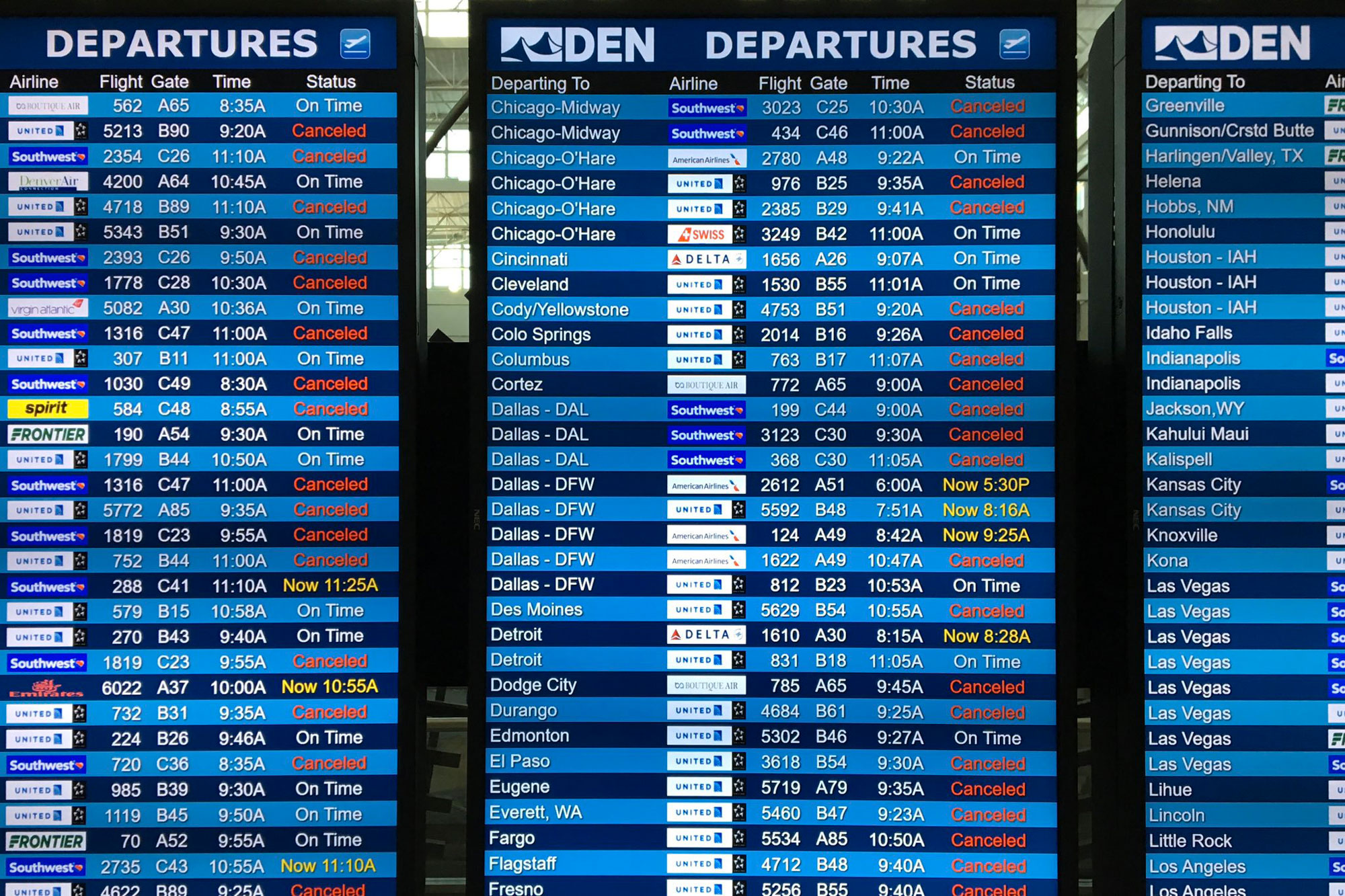 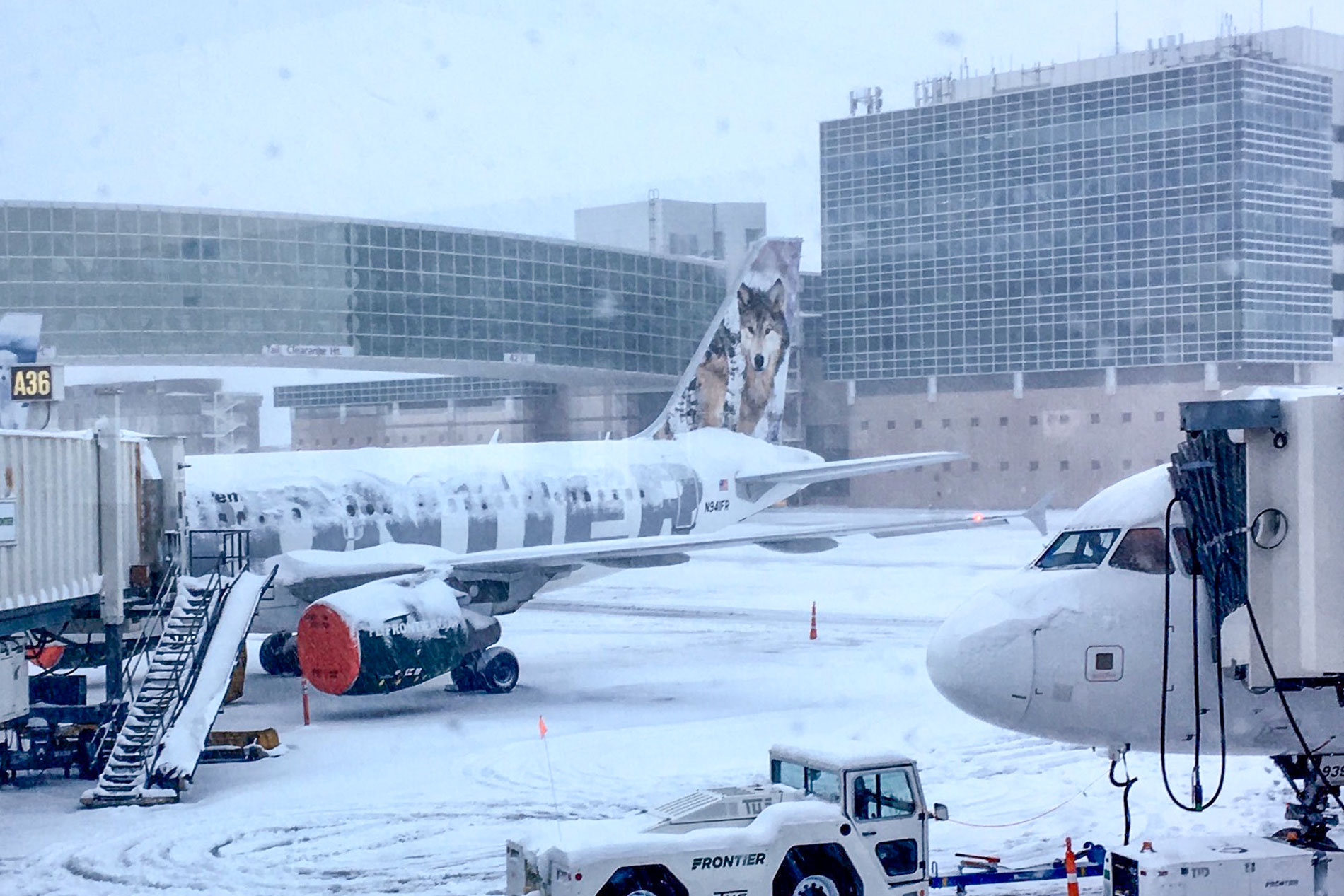 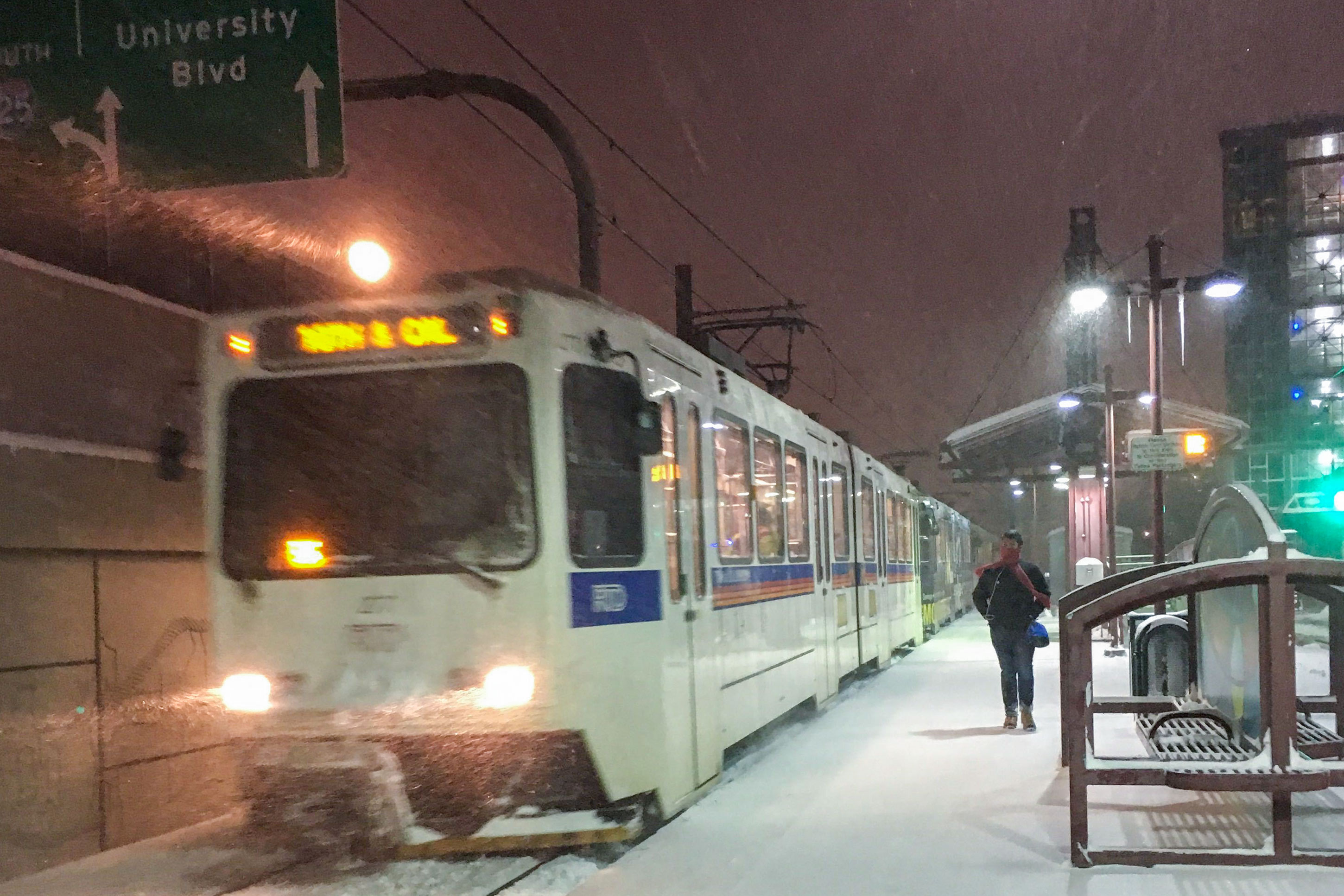 Nathaniel Minor/CPR NewsSnow has impacted the morning commute for many around Denver. The RTD system is seeing delays for both trains and buses, Nov. 26, 2019. 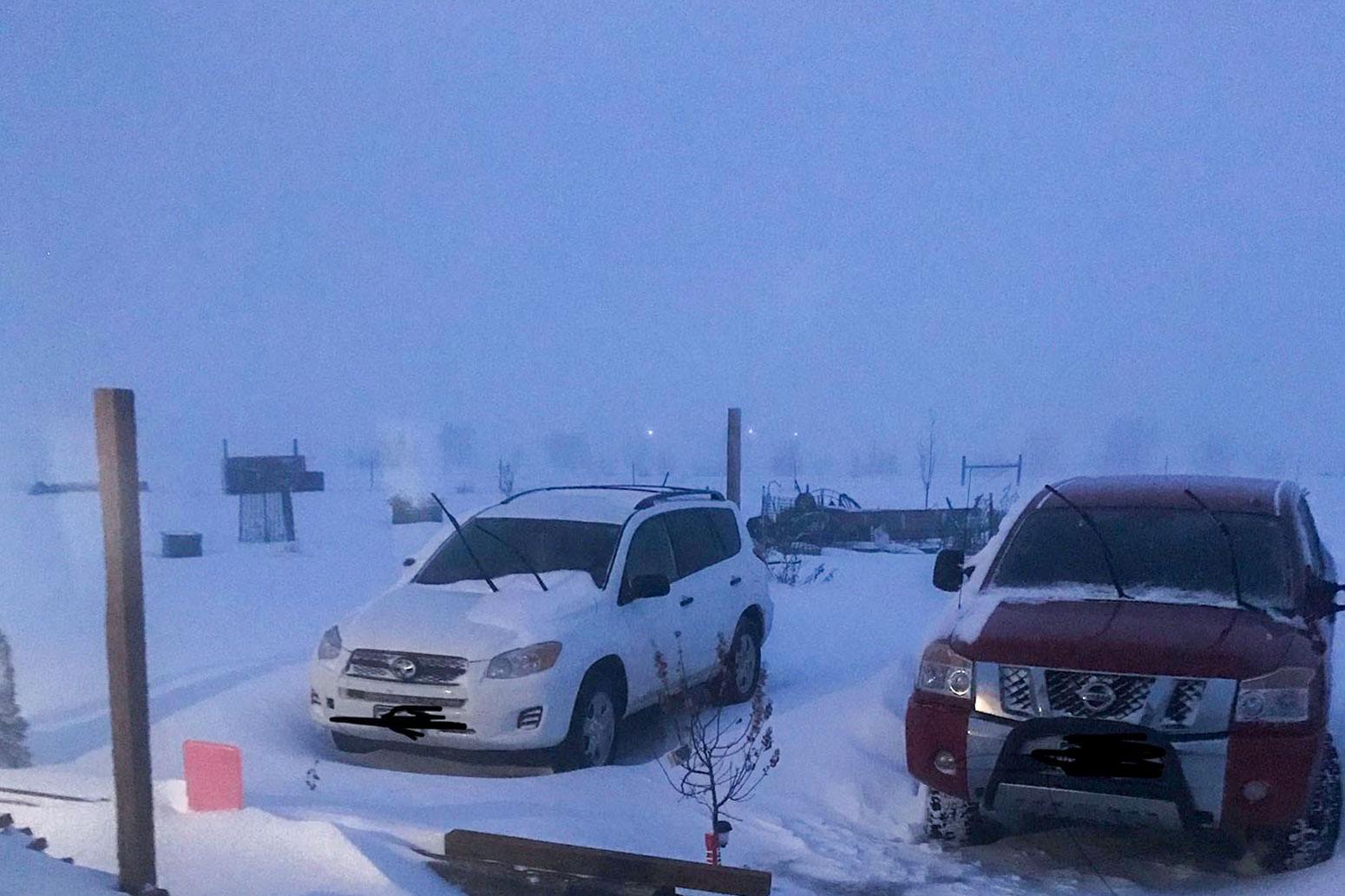 Esteban L. Hernandez/DenveriteVisibility was near zero earlier in the morning near Byers, Colo., Nov. 26, 2019 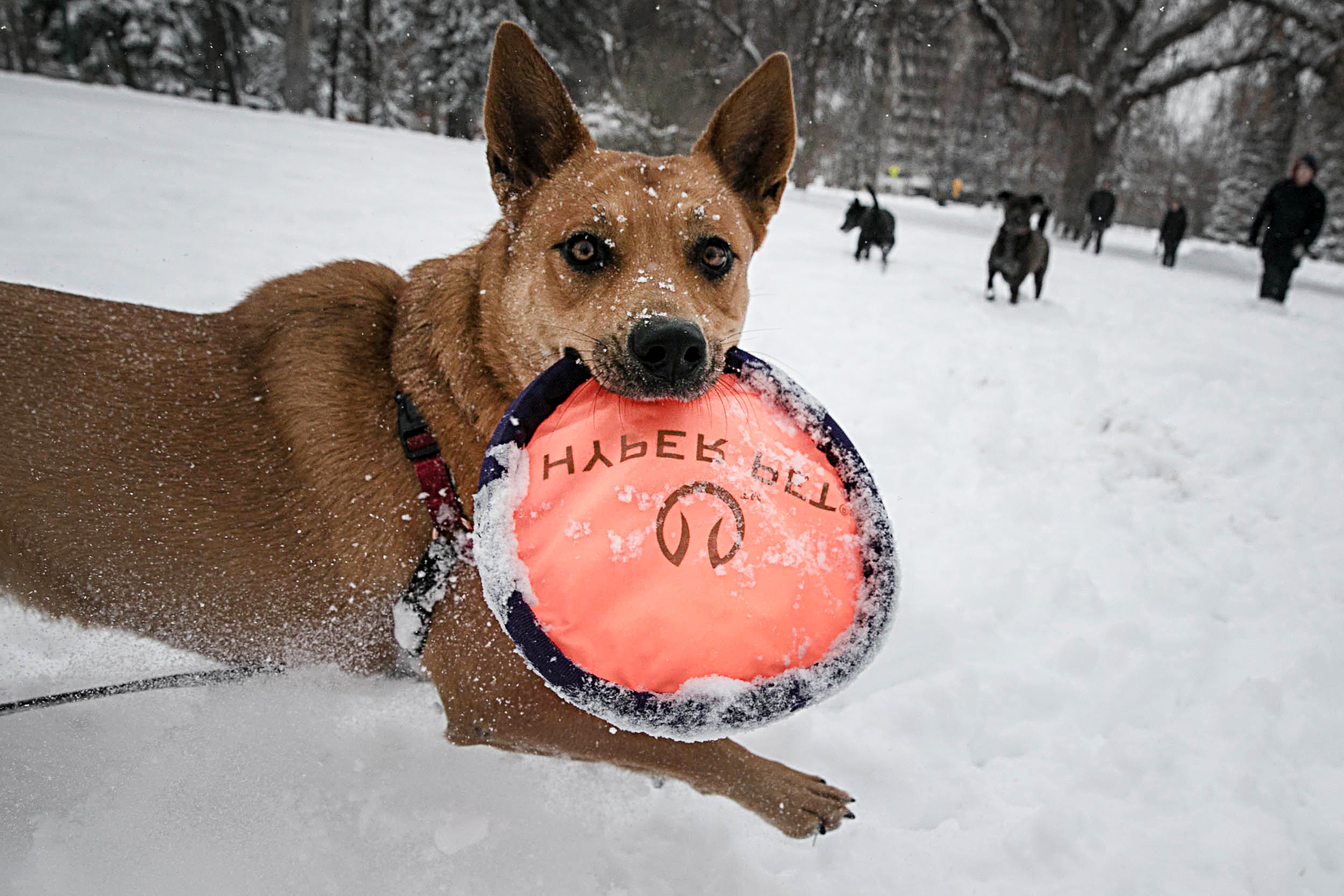 Hart Van Denburg/CPR NewsIt was a field day for dogs in Denver Tuesday Nov. 26 2019 as Colorado was inundated by a Novembr snowstorm. 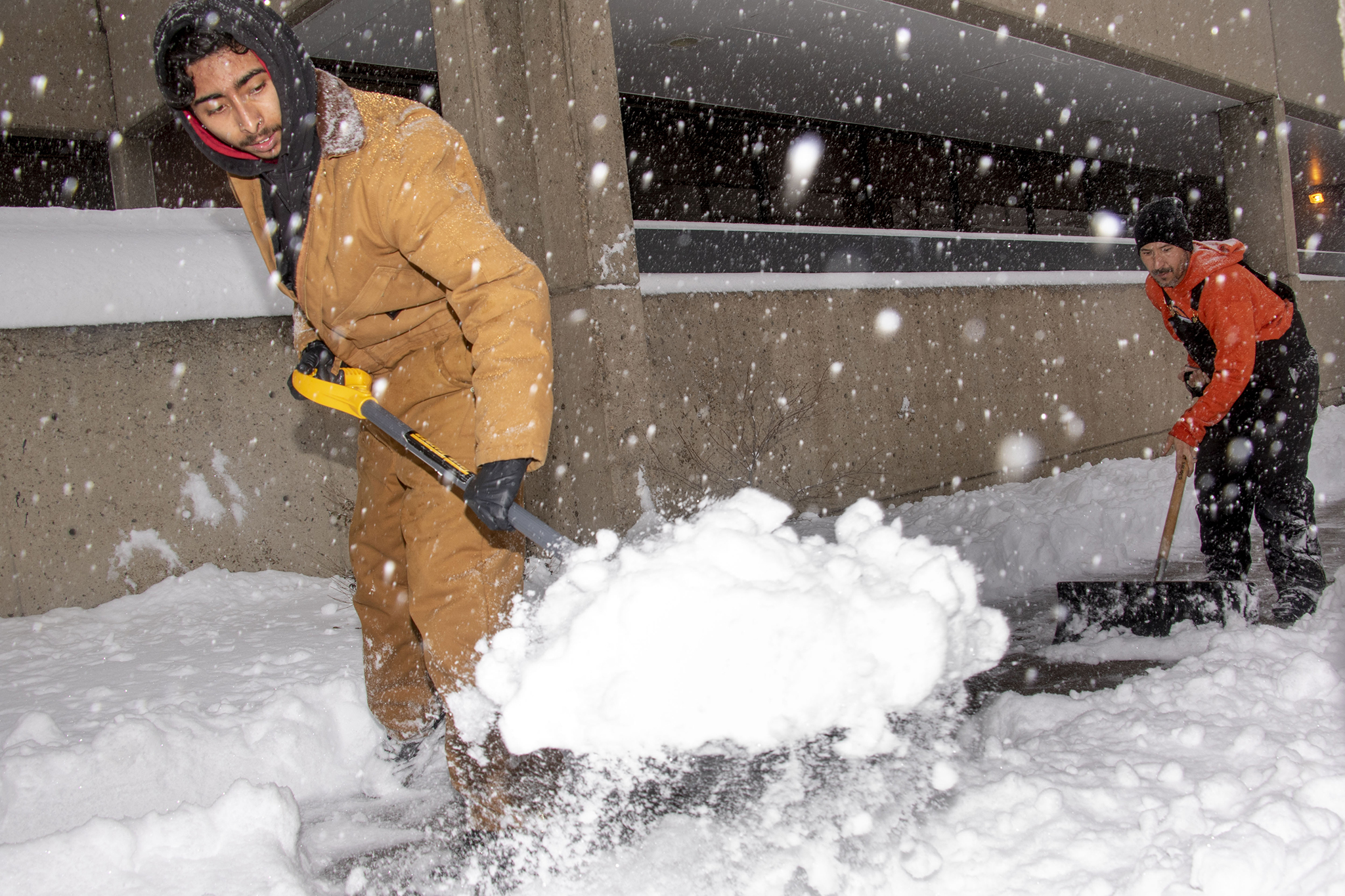 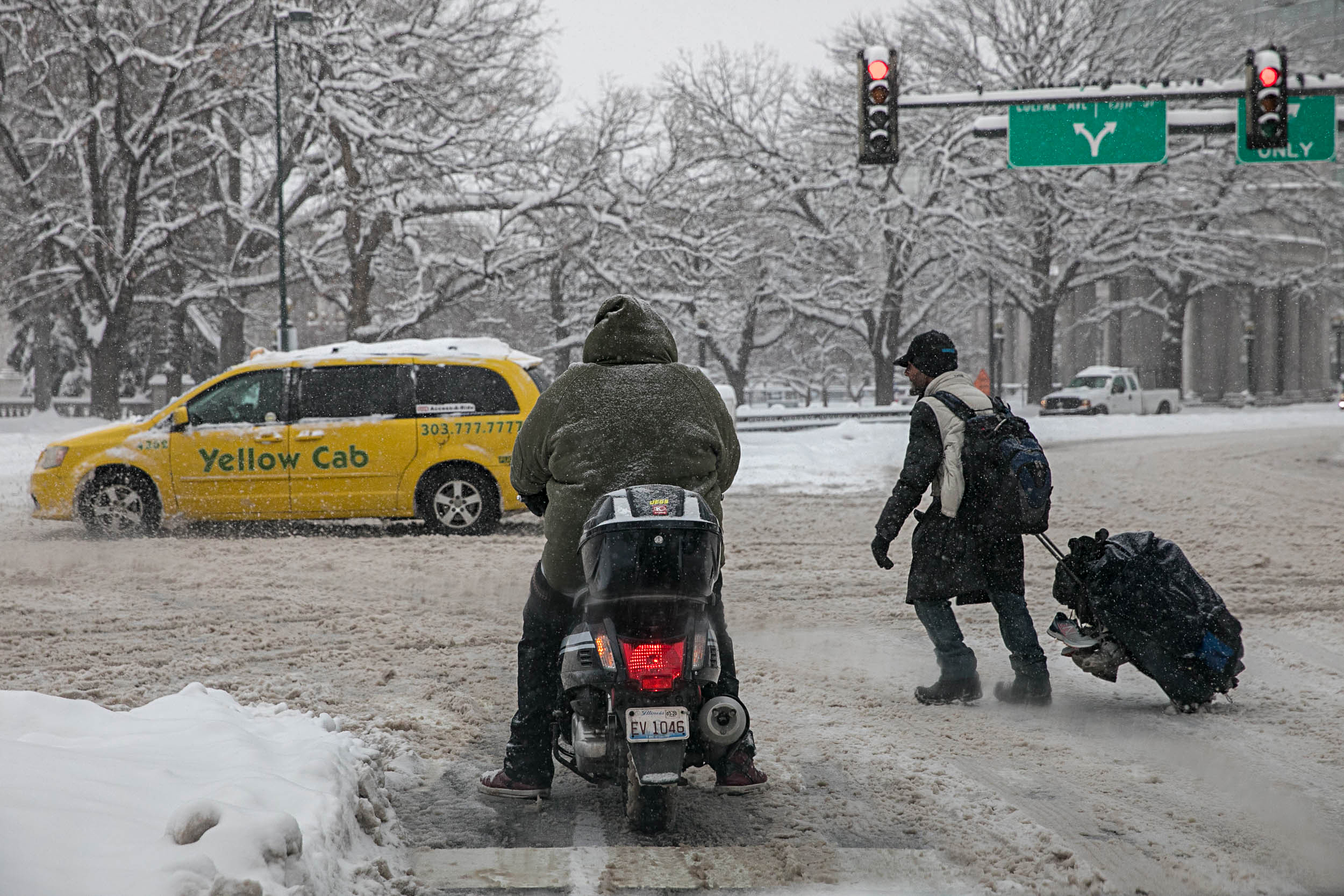 Hart Van Denburg/CPR NewsColfax and Broadfway on Tuesday Nov. 26 2019. Colorado was inundated by a Novembr snowstorm. 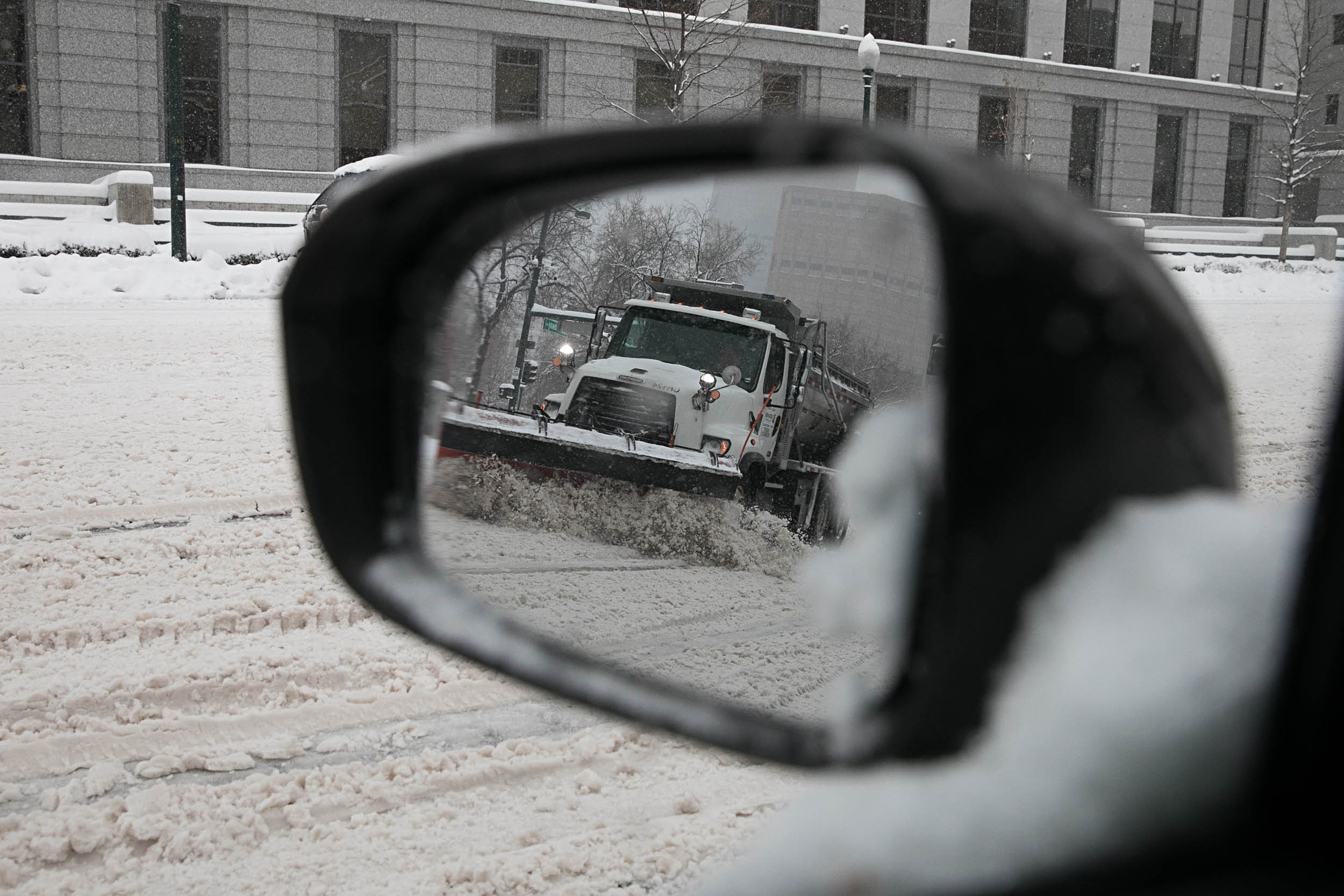 Hart Van Denburg/CPR NewsObjects in the mirror -- in this case a city snowplow in Denver -- are closer than they appear on Tuesday Nov. 26 2019 as Colorado was inundated by a Novembr snowstorm. 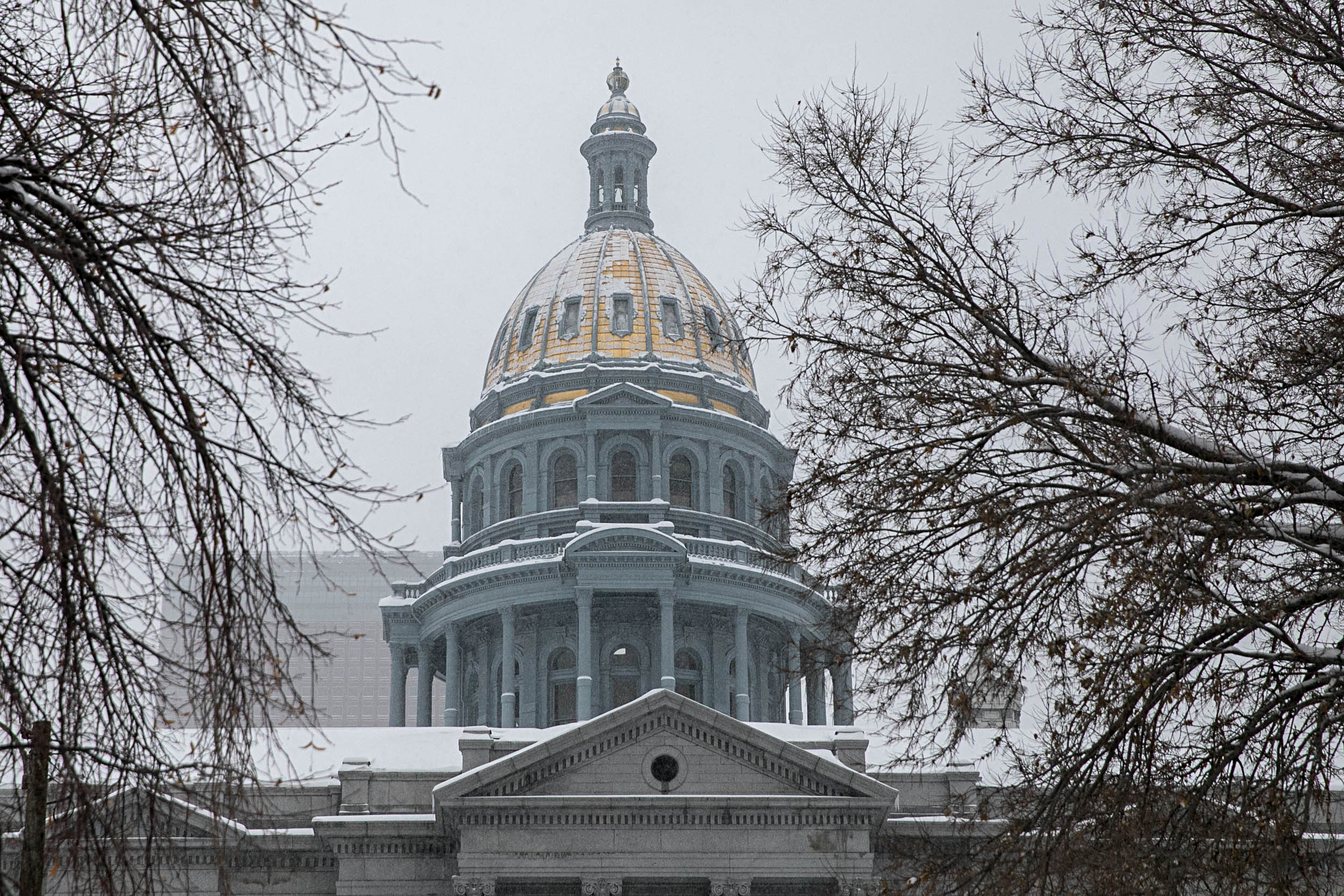 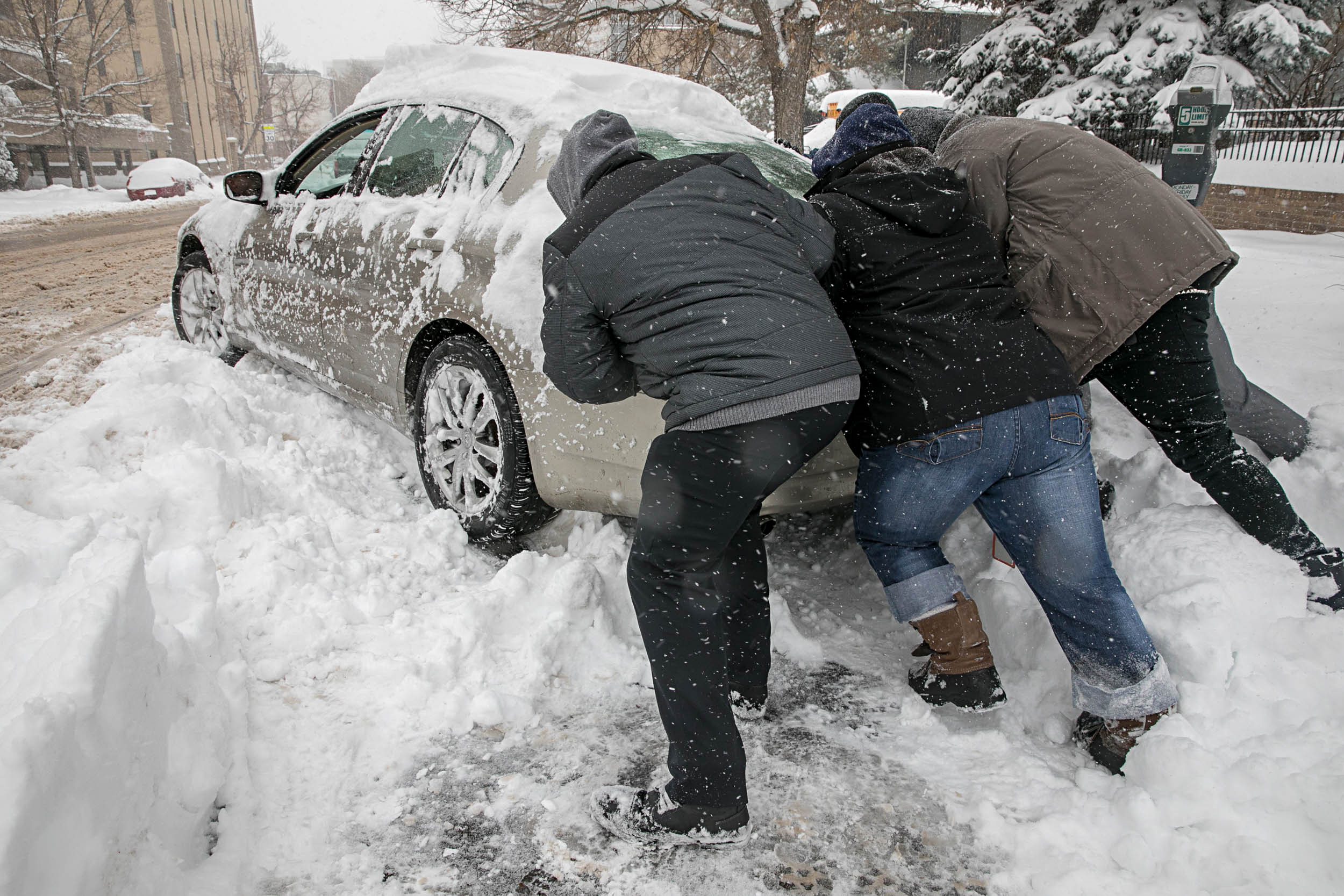 Hart Van Denburg/CPR NewsJoe Vetsch of Kansas City, Missouri, gets a push out of a snowbank by passersby on Grant Street in Denver Tuesday Nov. 26 2019. Colorado was inundated by a Novembr snowstorm. 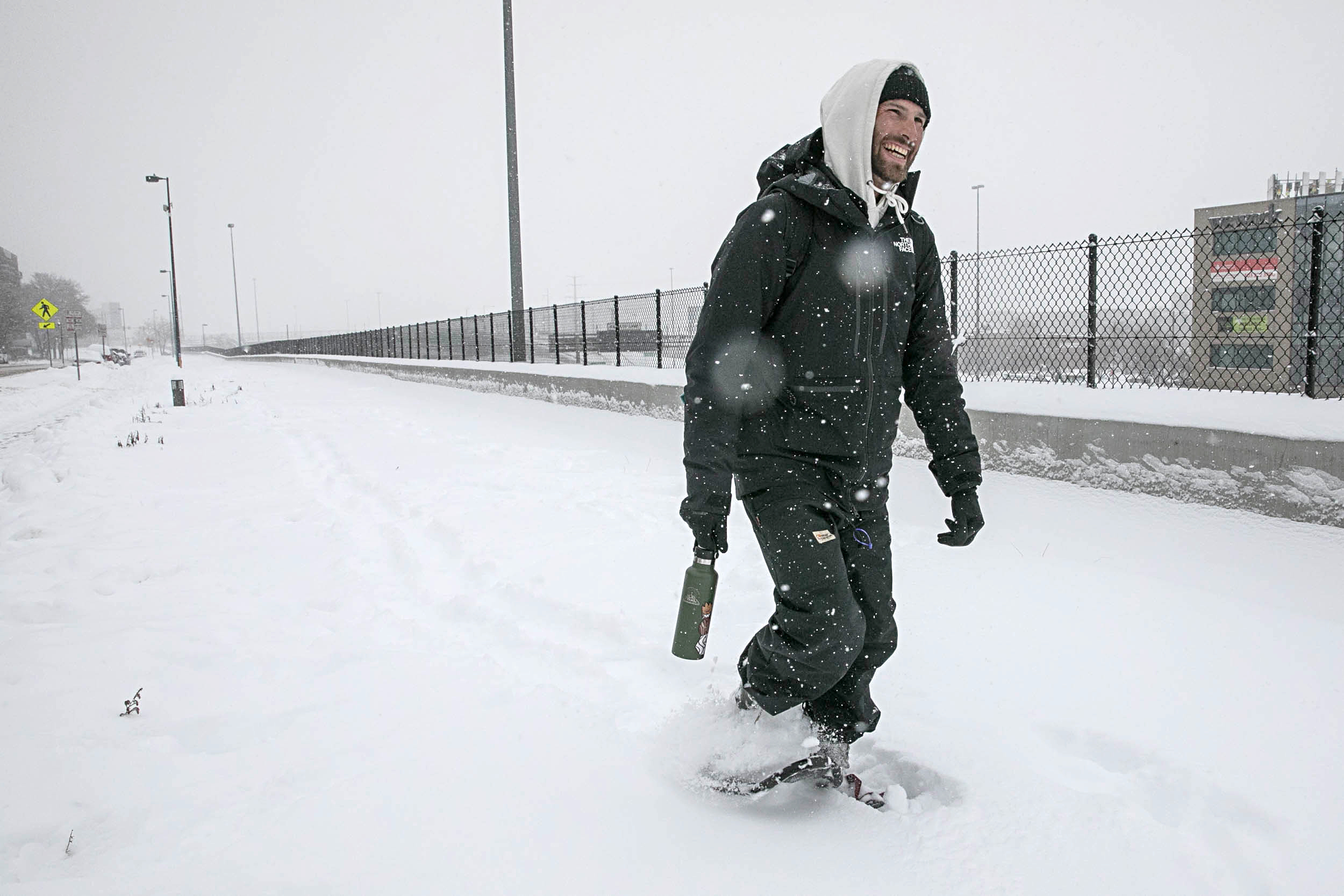 Hart Van Denburg/CPR NewsBrendan Reimers owns Emage skate and snowboard shop on Platte Street in Denver. He opted to to snowshoe to work along Central Street Tuesday Nov. 26 2019.Colorado was inundated by a Novembr snowstorm. 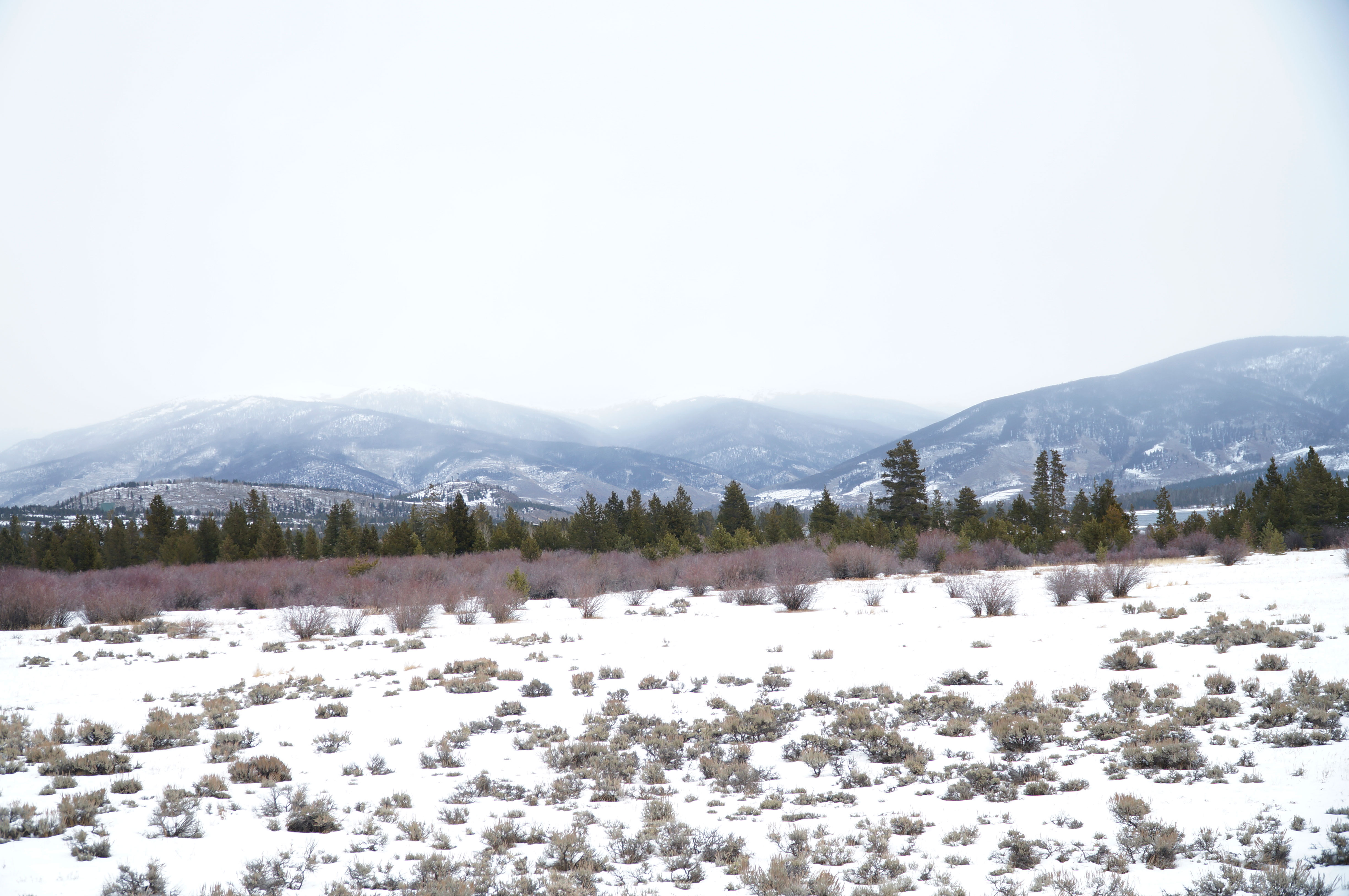 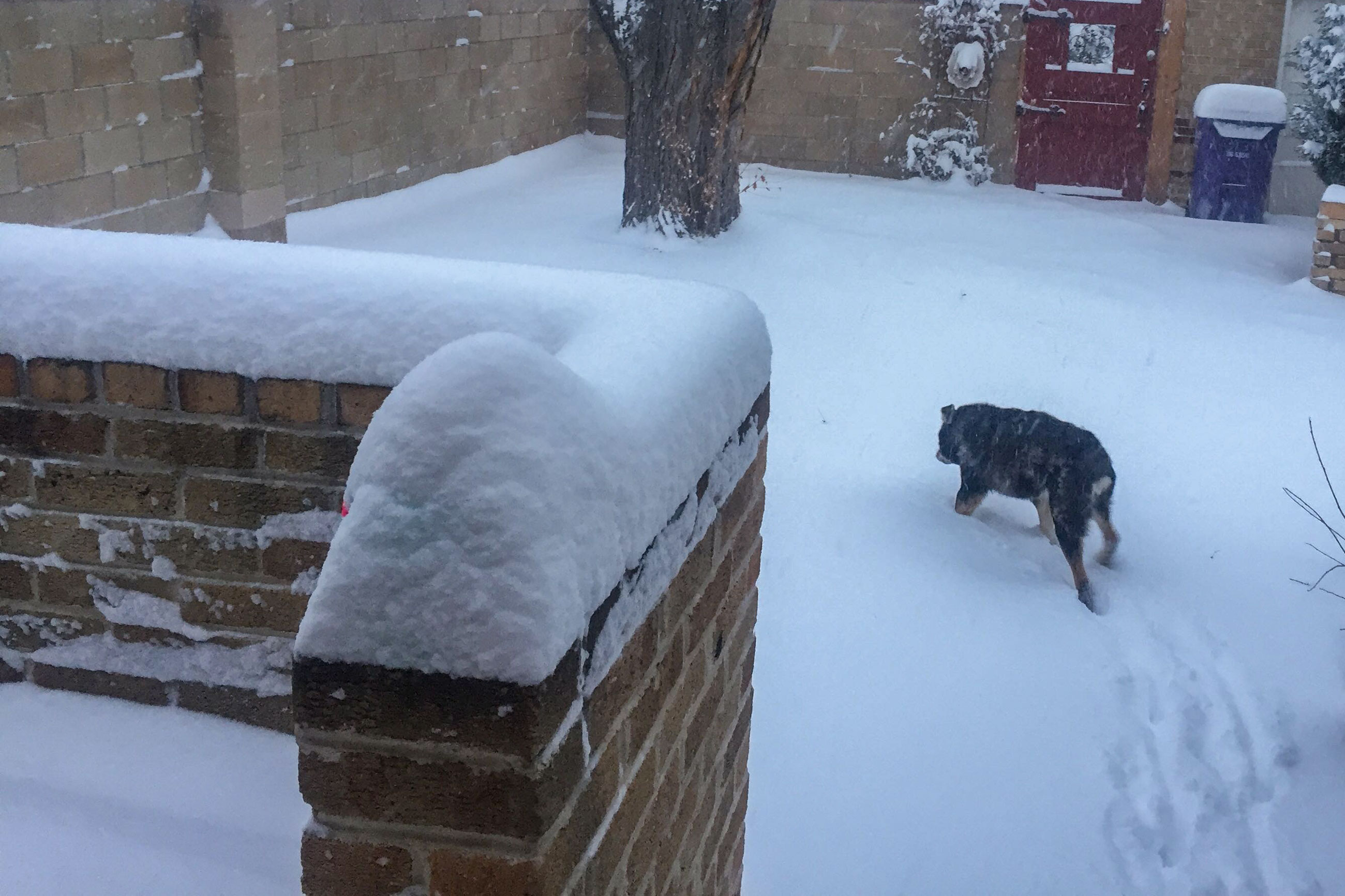 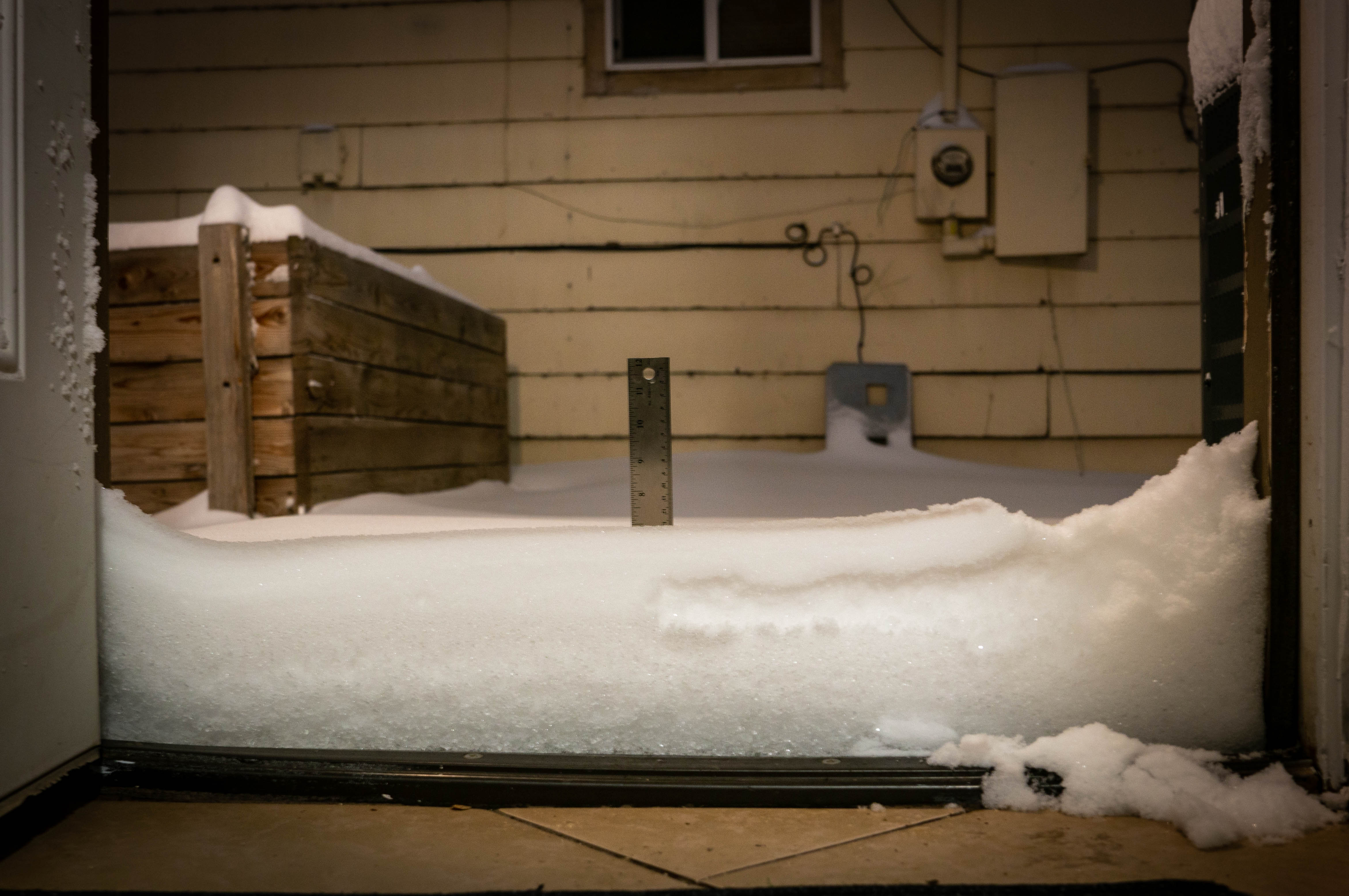 Jim Hill/CPR NewsWe wanted to try the old ruler in the snow trick, but found plenty of snow piled up against the door in North Denver, Nov. 26, 2019.

Government offices in Denver, Boulder, Greeley, Fort Collins and surrounding suburban counties will be closed Tuesday. State offices in Colorado Springs will open on a delayed start time for state employees there to arrive to work safely. The state says essential facilities and personnel for health and safety will keep to normal schedules.

If you must head to work, you should check ahead on conditions as RTD has declared delays for Tuesday’s commute. Wet and icy roads, as well as traffic delays, tend to mess with the buses. Trains suffer thanks to low visibility and slower speeds around stations and road crossings. Not to mention that train platforms tend to be slippery. Grab your boots this morning.

About a quarter of Denver International Airport’s 1,500 Tuesday flights were canceled Monday afternoon. As of 5:19 a.m., the airport reported 463 canceled flights and a few delays.

Travel to the airport is slow going. Jonathan Higger said it took him an hour to get to the terminal — but he forgot to check with his airline.

"Found out when I got here that my flight was cancelled and I've actually got a text message yesterday that I didn't read... I'm gonna find a bench to sleep on until my [new] flight at 3:00 p.m.," he said.

The forecast around Denver is snow and areas of blowing snow in the morning giving way to patch snow by the afternoon. Expect 3 to 6 inches. Southern Colorado can, especially in El Paso County, can expect less snow, but lots of wind with northerly gusts up to 45 mph. The Grand Junction area shouldn't see any new snow Tuesday morning, but will have plenty of blowing snow thanks to the wind.