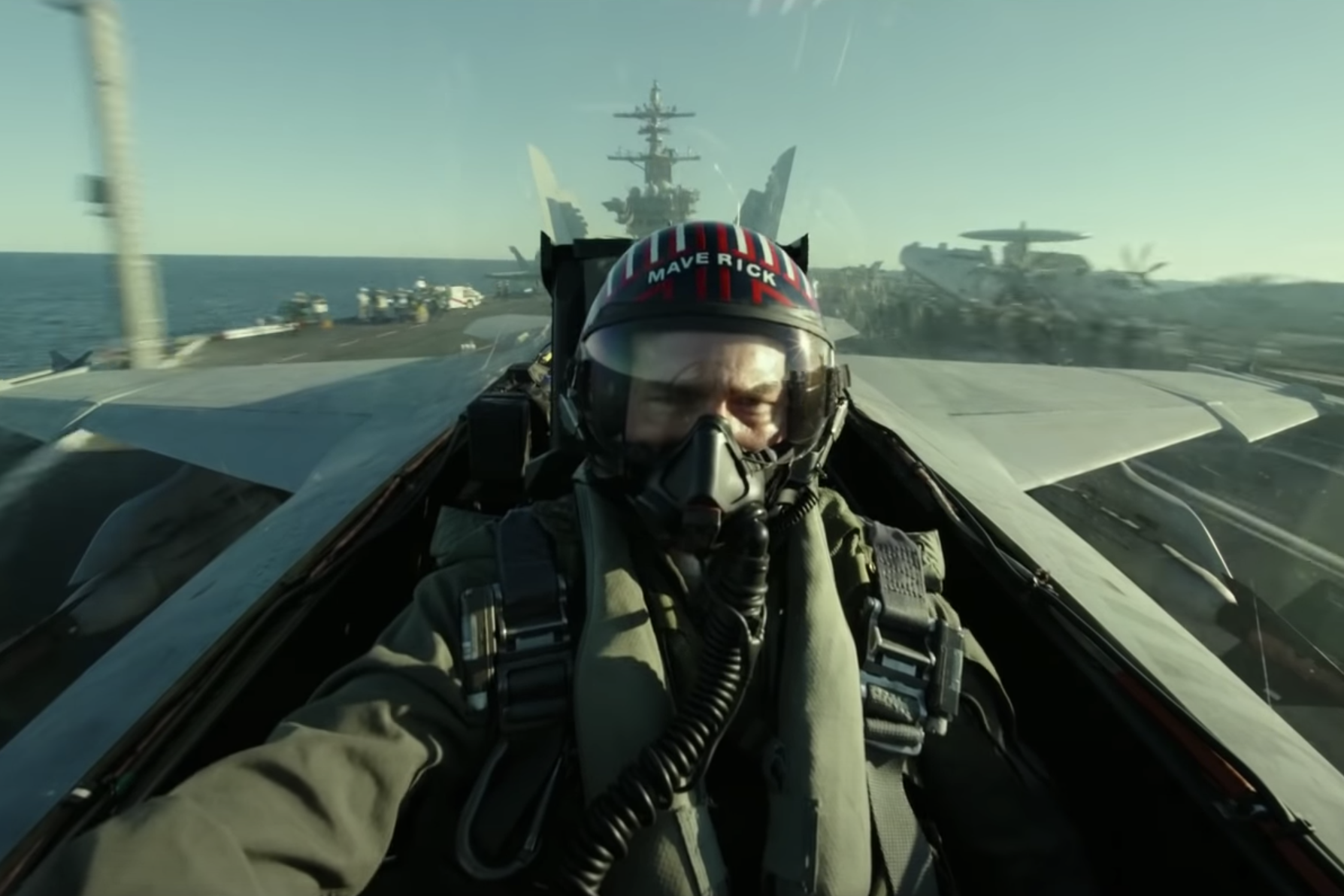 It's been 34 years, but Hollywood's most recognizable fighter pilot, Pete "Maverick" Mitchell, will be back in the cockpit for a new "Top Gun" movie.

Back in 1986, when Tom Cruise first flew his F-14 into theaters across America, a lot of young people felt the need for speed. Navy leaders say the film led to a surge in interest at recruiting offices.

The Pentagon hopes the sequel — "Top Gun: Maverick" — will inspire a new generation of servicemembers, and it supported the film's production with that in mind. But the military will have to wait to see if the investment paid off. Paramount Pictures planned to debut the sequel in June 2020, but the coronavirus pandemic intervened to delay the release multiple times.

The studio is now committed to a theatrical release in July 2021.

John Semcken is a real estate developer in Los Angeles. But his first career was in the Navy, as a fighter pilot and a graduate of the Navy Fighter Weapons School's TOPGUN program. In 1985, the rear admiral in charge at Air Station Miramar dropped — of all things — a movie script on his desk.

"None of us wanted to do it," Semcken said. "We were pilots. We didn't want to take over working on a movie."

Semcken was outranked. So he became a technical advisor on the "Top Gun" set, teaching Hollywood actors how to be fighter pilots. Or at least look the part.

Like in the climactic dogfight at the end of the movie when Iceman and Maverick are doing some tricky flying to outmaneuver enemy MiGs.

"Tom Cruise said, 'John, how do they know I'm pulling Gs?'" Semcken remembered. "I said, 'well, you've got to tighten all your muscles because you're trying to keep the blood in your head.'"

Semcken said seeing his work up on the big screen gave him a lot of pride. For the Navy, "Top Gun" served another purpose.

"It was the best recruiting movie that you've ever seen," he said.

"If you talk to a lot of the senior pilots in the Navy today, the captains and admirals, many of them attribute their interest in naval aviation today to the original release of that film," said Cmdr. Ronald Flanders, the spokesperson for U.S. Naval Air Forces.

The original "Top Gun" triggered a military recruiting boom, according to contemporary news reports. Movie theaters in Los Angeles and Detroit invited recruiters to set up tables in their lobbies to talk to moviegoers with stars, and F-14s, in their eyes.

That kind of synergy between Hollywood and the armed forces is by design. Each military service branch has a liaison office in Los Angeles that works with film and television producers.

"It doesn't matter if they're fighting alien robots or they are discussing their job as a Blackhawk helicopter mechanic," said Lt. Col. Brett Lee, the deputy director of the Army's Public Affairs Office in Los Angeles. "We want to see positive, accurate representations of what they do."

For scripted productions like "Top Gun," the Pentagon reviews the story and negotiates with the production company over whether the military will participate.

This time around, the "Top Gun: Maverick" crew was given access to two aircraft carriers and multiple Navy bases and installations for filming. Actors received training to fly in the aircraft, along with water survival and ejection seat instruction. The Navy said Paramount Pictures paid for all flight hours for aerial sequences in the film.

For the military, consulting and providing locations is more than worth it. The film audience is made up of American taxpayers and potential servicemembers.

"The depiction of a young Army soldier in a film is going to be much more profound than, say, a 30 second commercial we produce," Lee said.

It's a different world now, said Carl Forsling, who flew helicopters and tiltrotor aircraft like the V-22 Osprey in the Marine Corps. Yes, Tom Cruise got to Forsling, too.

"I remember when I was in eighth grade and I saw that movie; I immediately wanted to be a pilot," he said.

Still, he argued in a Task and Purpose op-ed that the sequel won't have the same juice at recruiting offices as the original.

He said today's audiences have a different context and understanding of military service. In 1986, the Vietnam War had been over for almost a dozen years. Young people who were recruiting age didn't have it as a touchstone. President Ronald Reagan's "Morning in America" was in full effect.

"I think people were receptive to ["Top Gun"]," Forsling said. "They had no direct observation of a war in progress to compare the movie-ready theatrics to."

Today, the war in Afghanistan has dragged on longer than many recruits have been alive, and Forsling said it has colored public perceptions of warfare.

"It's combat on the ground. Most of the aviation fighting is either providing 'eyes in the sky' or occasionally dropping bombs on target," he said. "Very little of it's the glamorous air warfare you see in 'Top Gun.'"

Cmdr. Flanders said he hopes people enjoy the new movie, and he wants them to know the Navy is hiring.

"We are looking for America's best and brightest," he said.

Of course, military branches may not need the boost from "Top Gun: Maverick." Unemployment numbers are soaring due to COVID-19, and economic downturns in the civilian world tend to help recruiting and retention in the armed forces.