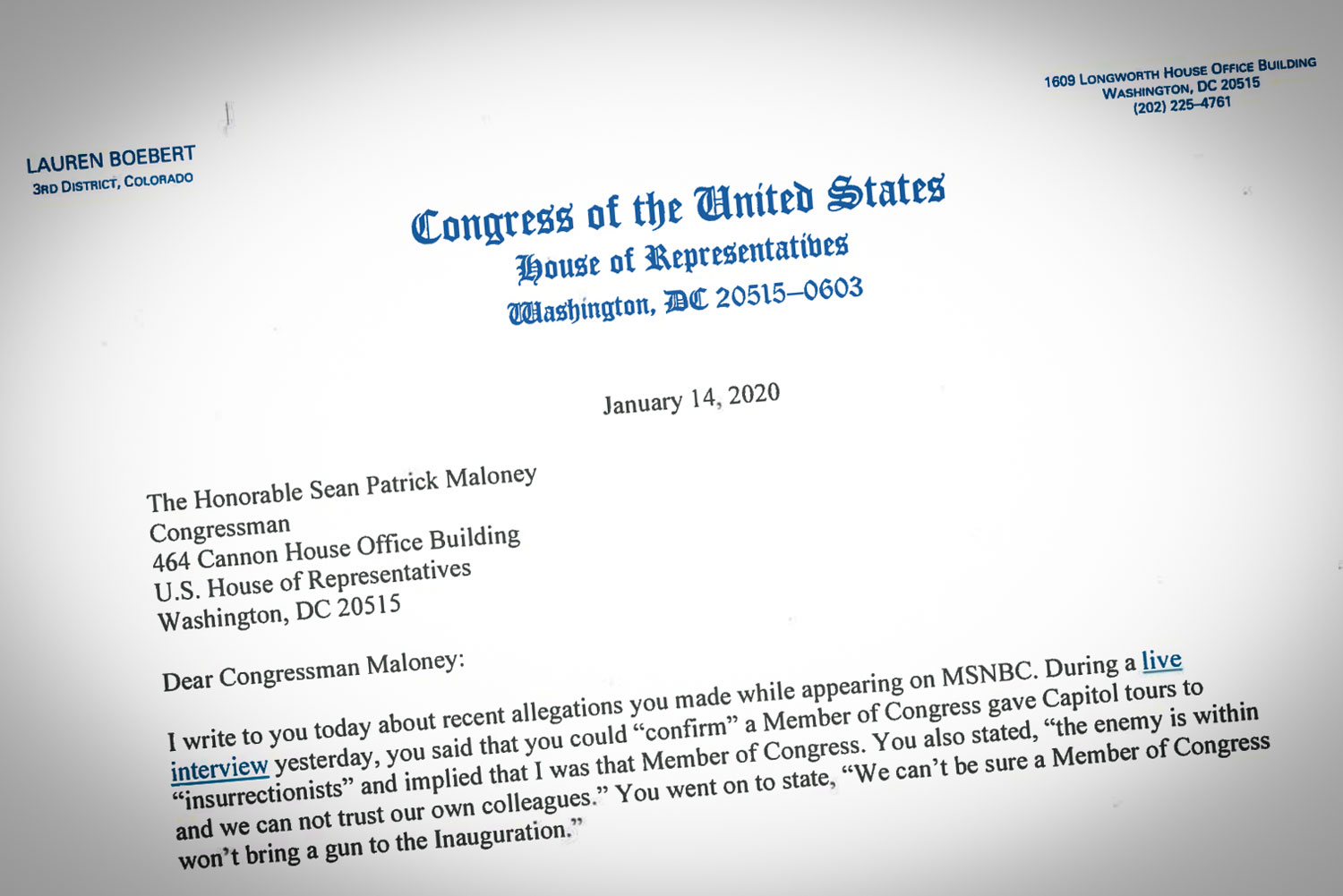 Rep. Lauren Boebert’s second week in office is ending much like the start of the first — in controversy.

The Republican newcomer who represents Colorado’s sprawling 3rd Congressional District called out Democrat Rep. Sean Patrick Maloney of New York for what she described as “lies” he made during a TV news appearance.

Talking about the recent attack on the Capitol, Maloney said on MSNBC Wednesday that he spoke with a fellow Congress member and could confirm that some other Congress member gave a tour to the insurrectionists.

She wrote it was implied that she was that member of Congress.

In a letter, she wrote, “Your comments are extremely offensive, shameful and dangerous.” She said this “disinformation” has led to “numerous death threats and hundreds of vile phone calls and emails.”

She denied the claims, saying “all of your implications are categorically false.” She went on to write that she complies with all applicable firearm laws and she did not give any tours of the Capitol to “any outside groups of ‘insurrectionists.’” She called Maloney an “embarrassment to the House.”

“I condemn your lies and partisan behavior that showed a lack of respect for the safety of my team and me.”

Maloney replied via tweet that he never said Boebert’s name during the interview. “If you’re going to be a gun nut, you probably shouldn’t go off half cocked.”

A number of Republican House lawmakers have said they wish to carry weapons in the Capitol complex.

Boebert and other Republican lawmakers have supported baseless claims of widespread election fraud that have led to death threats for other politicians, elections officials, and employees.

CPR’s coverage of Colorado’s congressional delegation focuses on accountability and on providing information constituents need to live their lives. Read more about our priorities here.