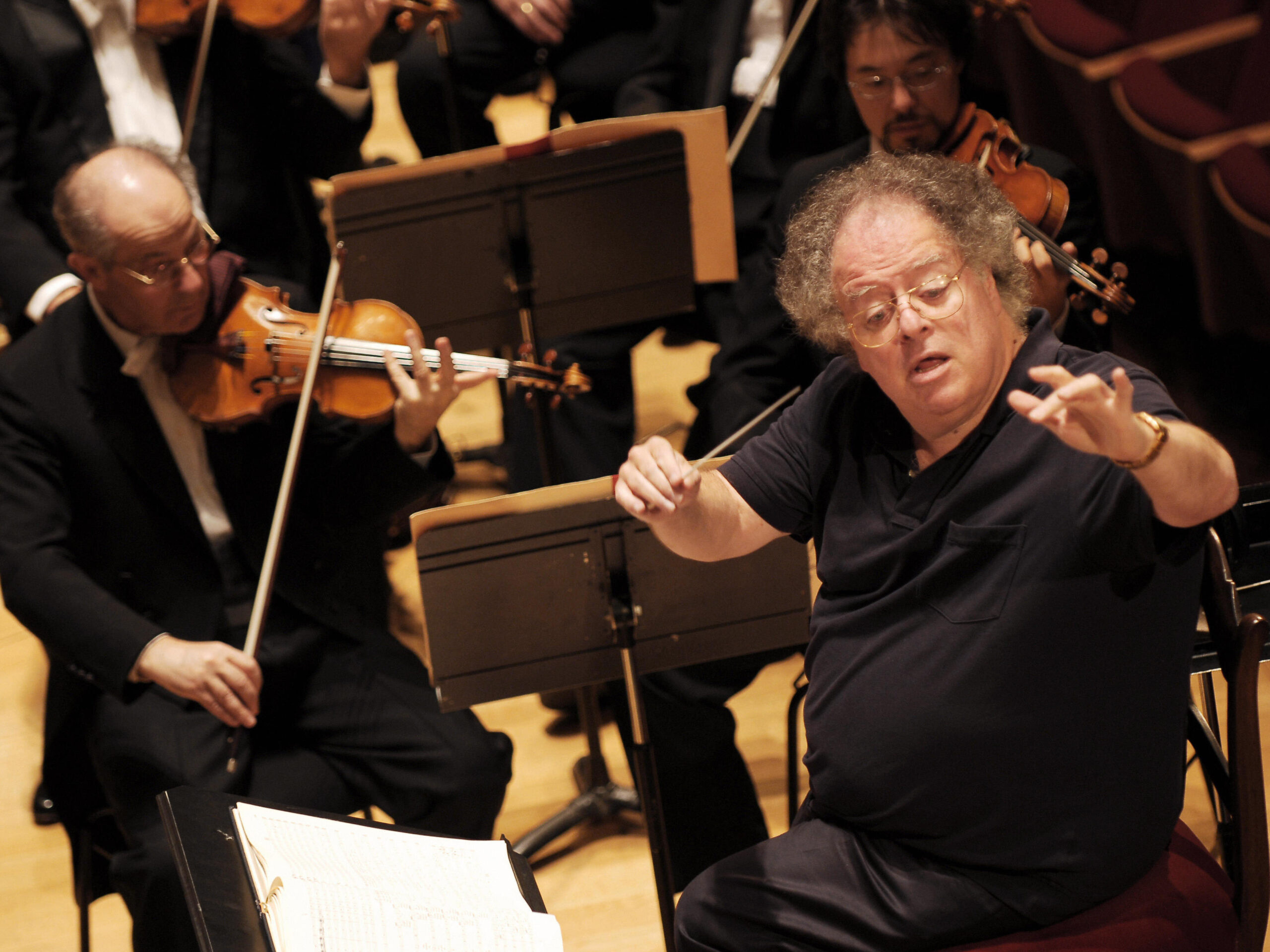 James Levine, the immensely accomplished conductor who wielded power and influence in the classical world, and whose singular tenure at the Metropolitan Opera ended in a flurry of accusations of sexual abuse, died on March 9 in Palm Springs, Calif. His physician of 17 years, Dr. Len Horovitz, confirmed his death to NPR, saying that Levine died of natural causes. He was 77 years old.

Over four and a half decades, Levine shaped the sound and reputation of New York’s storied Metropolitan Opera, the largest performing arts organization in the country, through his conducting, coaching of singers and choristers and fine-tuning the pit musicians into one of the world’s great orchestras. Levine led more than 2,500 performances at the opera house, beginning in 1971, when he made his debut, until his final performance on Dec. 2, 2017.

That same evening, the Met issued a statement saying it was suspending the conductor pending an investigation into “multiple allegations of sexual misconduct.” Additional accusers came forward over the next several months, alleging harassing or abusive behavior dating back to the conductor’s early career, when the accusers were Levine’s teenaged students or mentees. In all, nine men publicly accused Levine of having abused them. The company formally fired Levine in March 2018.

In addition to his years with the Met, Levine served as the music director of the Boston Symphony Orchestra (BSO) from 2004 to 2011, and was the chief conductor of the Munich Philharmonic for five seasons. He was a frequent guest conductor of the world’s finest orchestras, with special relationships in Berlin and Vienna. He routinely gave recitals — sometimes with other pianists, such as Evgeny Kissin, and especially as an accompanist to celebrated opera singers, including Jessye Norman and Kathleen Battle. In 2006, the Boston Globe reported that with combined salaries from both the Met and the BSO totaling $3.5 million, Levine was the highest paid conductor in the U.S.

A prolific recording artist, Levine won 10 Grammys, beginning in 1982 with a best orchestral performance award for his account of Mahler‘s Seventh Symphony with the Chicago Symphony Orchestra. Levine led that orchestra at its summer home at the Ravinia Festival, where he was music director from 1973 to 1993.

James Levine was born in Cincinnati on June 23, 1943, and began piano lessons at age 4. He debuted as a soloist with the Cincinnati Symphony Orchestra at 10, studied at the Marlboro Music Festival with pianist Rudolf Serkin and as a teenager enrolled in the Juilliard School’s graduate division, studying conducting with Jean Morel and piano with Rosina Lhévinne. At 21, Levine began a six-year stint as an apprentice, then assistant conductor, to George Szell at the Cleveland Orchestra — where he first began to deeply understand the mechanics of a major orchestra from the inside, and where he assembled an orchestra of his own, composed of students from the Cleveland Institute of Music.

Levine’s early experiences conducting opera came in Cleveland and at the Aspen Music School and Festival, as well as a 1970 production of Aida at the Welsh National Opera. On June 5, 1971, Levine made his Metropolitan Opera debut, conducting Tosca with a cast that included Grace Bumbry and Franco Corelli. Speight Jenkins, writing in the Dallas Times Herald years before he became general director of the Seattle Opera, noticed the 27-year-old’s talent: “The most exciting dividends came from Levine. His baton technique is clear; his rhythms radiate flexibility; and he brought to ‘Tosca’ a dramatic tautness frequently missing in the Met’s pit.”

Within two years, Levine would be named the Met’s principal conductor. He rose quickly from there, graduating to music director in 1975 and artistic director in 1986, and in glowing reviews throughout his career was often called his generation’s finest opera conductor. In 2013, after a more than two-year absence from the pit for health reasons, Levine returned to the Met to conduct Mozart’s Così fan tutte, which was nothing less than a revelation to the classical music critic of The New York Times.

“If the performance had simply been a solid success, that would have been enough to gratify the opera fans who cherish his work and to reassure his concerned colleagues at the Met,” Anthony Tommasini wrote. “But it was much more. Over many years I have heard Mr. Levine give some remarkable accounts of Mozart operas, and I don’t think I have ever heard a more vibrant, masterly and natural performance than this ‘Cosi Fan Tutte.’ ”

Levine’s late career was disrupted by a string of health issues, beginning in 2006 when he fell from the stage at the Boston Symphony Orchestra, for which he underwent rotator cuff surgery. More hurdles followed, including back surgery and the removal of a cancerous kidney — as did myriad cancellations, resulting in Levine stepping down from the BSO in 2011. Later that year, another fall injured his spine, causing him to pull out of two seasons of Met performances. He finally resigned from the company in 2016, assuming the title of music director emeritus.

In a statement to NPR Wednesday, the BSO said in part: “The Boston Symphony Orchestra extends its sincere condolences to the family of James Levine at the news of his passing. One of the most profoundly gifted musicians of the 20th and 21st centuries, James Levine led many extraordinary performances during his tenure as BSO music director (2004-11), including most memorable interpretations of the works of Beethoven, Schoenberg, Mahler, Ravel, and Brahms, among others, as well as composers he championed, including Elliott Carter, Charles Wuorinen, and John Harbison … Subsequently, there emerged allegations of sexual improprieties which virtually ended his career as many musical institutions severed ties with him, including the Boston Symphony Orchestra.”

In early December 2017, the Met took action against Levine after three men came forward to accuse the conductor of sexually abusing them when they were teenagers. In a statement on its Facebook page, the company wrote: “We are suspending our relationship with James Levine, pending an investigation, following multiple allegations of sexual misconduct by Mr. Levine that took place from the 1960’s to the 1980’s, including the earlier part of his conducting career at the Met. Mr. Levine will not be involved in any Met activities, including conducting scheduled performances at the Met this season.”

At least nine men eventually came forward — some by name, others anonymously — with a range of sexual misconduct accusations against Levine. On March 12, 2018, the Met fired Levine, stating that its investigation had “uncovered credible evidence that Mr. Levine engaged in sexually abusive and harassing conduct towards vulnerable artists in the early stages of their careers, over whom Mr. Levine had authority. In light of these findings, the Met concludes that it would be inappropriate and impossible for Mr. Levine to continue to work at the Met.”

Levine denied the allegations, and responded with a lawsuit against the Met for breach of contract and defamation. The Met countersued, saying that Levine had violated his duties and harmed the reputation of the institution. The battle ended quietly in July 2019 with a settlement whose terms were not publicly disclosed.

In a public statement, the Metropolitan Opera said in part: “The Metropolitan Opera honors the memory of former Music Director James Levine, who held the musical reins of the company for four-and-a-half decades. Maestro Levine conducted more than 2,500 performances of 85 different operas at the Met, starting with his company debut in 1971 leading Puccini’s Tosca. …

“Despite his undeniable artistic achievements on behalf of the Met,” the statement continued, “his relationship with the company frayed in the wake of allegations of sexual misconduct, and in 2018 he was removed from his position as Music Director Emeritus after a three-month investigation by outside counsel. His final appearance at the Met was leading a concert performance of the Verdi Requiem on Dec. 2, 2017.”

Though rumors about Levine and sexual misconduct had circulated in the classical music world for years, news of the accusations shocked fans and rippled throughout the arts and entertainment industries. Reactions at the time ranged from the removal of Levine’s performances from the Met’s Sirius XM Satellite radio channel to a thoughtful Times essay by Tommasini, titled “Should I Put Away My James Levine Recordings?”

Levine’s fall from grace was especially striking given the extraordinary career he had built, one of broad visibility and near-universal appeal. He made Time magazine’s cover in 1983, was profiled on CBS’s 60 Minutes and PBS’s American Masters series, collaborated with Mickey Mouse onscreen in Fantasia 2000 and was held up by some critics as America’s most talented conductor since Leonard Bernstein. That Levine steadfastly molded the Met for over four decades in the age of jet-setting music directors is a monumental achievement that set new standards for opera in America. It remains a singular feature of his complicated legacy.