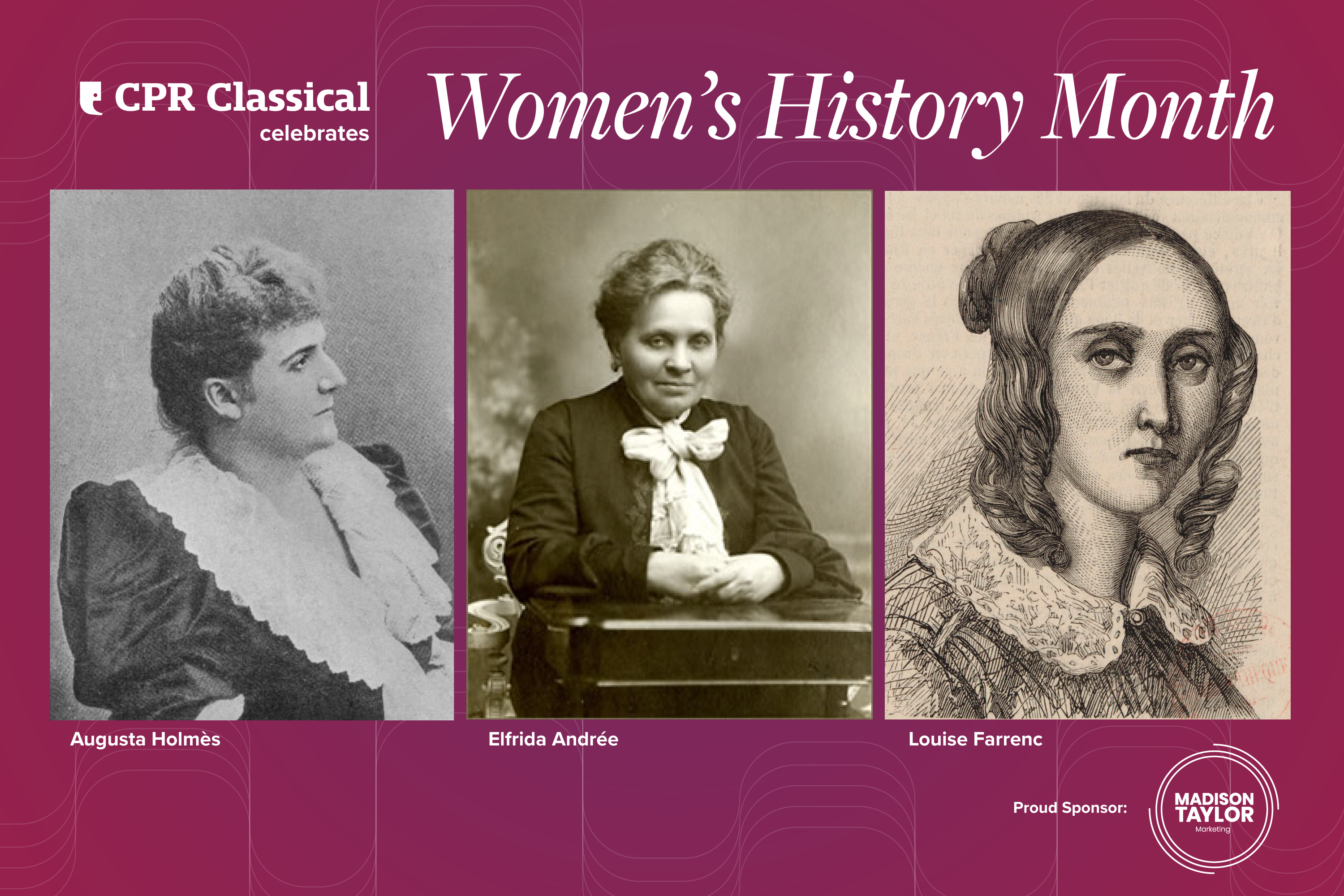 Many of these women lived extraordinary lives and fought through societal barriers to follow their calling. We lift the lid on history to spotlight a few of these women from the 19th and early 20th centuries.

Venezuela's Teresa Carreño inspired generations of women in music and captivated audiences around the globe. The pianist was something of a superstar in her day, similar to Franz Liszt. At age eight, she was one of the first female pianists to tour the U.S. and composed her first work at age nine, going on to write 80 piano pieces and other works in her lifetime. She played at the White House upon invitation from President Abraham Lincoln in 1863.

Carreño championed American composers, evidenced by works dedicated to her, like Edward MacDowell's Piano Concerto No. 2 and Amy Beach's Piano Concerto in C# minor. Carreño also conducted and sang opera, having studied with the great opera composer Gioachino Rossini. Politics thwarted her attempt to start her own opera company in Venezuela's capital of Caracas, but she remains musical royalty there to this day. The city's central performance venue is named after her as is a top youth orchestra of Venezuela's globally recognized "El Sistema" music education system.  ~ Monika Vischer

It’s not hard to see why Louise Farrenc was overshadowed during her lifetime. Her contemporaries included Felix Mendelssohn, Robert Schumann, Giuseppe Verdi and Franz Liszt. She was in the company of titans.

But social norms of the time also forced Farrenc into the shadows. Girls were expected to be wives and mothers, not career women.

During her day, Louise Farrenc’s music was generally overlooked in favor of works by her male counterparts. Praise was often patronizing. Fellow composer Hector Berlioz said one of her pieces was “well written … and orchestrated with a talent rare among women.”

But she didn’t let that deter her. In the early 1840s, Farrenc broke new ground at the Paris Conservatory by becoming the first woman piano professor there. Farrenc stayed for three decades and fought for — and received — equal pay to her male counterparts. ~ Jean Inaba

Augusta Holmés was born to an artistic family in 1847, but not one supportive of her pursuit of music. Holmés’ mother forbade her musical aspirations, and it wasn’t until after her mother’s death that she began her studies.

Although she was denied entry to the Paris Conservatoire, she had some big names in her corner encouraging her work, namely her friend Franz Lizst and mentor Cesar Franck. Holmés wrote over 100 songs, 12 symphonic poems and four operas, and her music became the talk of the town in Paris. She was even commissioned to write a piece for the World’s Fair in 1900.

Holmés was unusual because she didn’t pick up the common tactic of writing under a pen name. Instead, she published her own works under her own name. During her time, Holmés was a sensation and clearly lived up to her own words: “I must show the males what I am capable of!” ~ Jessie Jacobs

When Swedish composer Elfrida Andrée was a teenager, her father suggested she study organ. But, because of the times, she had to enroll as a private student. Women weren’t allowed to formally enroll at the Royal Swedish Academy of Music.

Twelve years later, Andrée was one of eight applicants — and the only woman candidate — for the job of organist at the Gothenburg Cathedral. She not only got the job, she stayed there for over 60 years!

Andrée was an advocate for women’s rights and became the first woman in Sweden to train as a telegraph operator. Shortly after, women were allowed to apply for those jobs, and it became a popular career choice.

Andrée is remembered for being the first woman in Sweden to conduct a symphony orchestra. She also composed symphonies, songs, cantatas, chamber pieces, choral masses and an opera. ~ Matt Weesner

Henriëtte Bosmans was as talented as she was resilient. The Dutch pianist and composer was born into a musical family, but her father, a cellist with the Concertgebouw Orchestra of Amsterdam, died when she was an infant. Her musical skills were nurtured by her mother who was a piano instructor at the Conservatory of Amsterdam.

Bosmans enjoyed a strong reputation, especially as a pianist, performing regularly with the Concertgebouw Orchestra. But when the Nazis invaded The Netherlands, Bosmans was eventually banned from performing because her mother was Jewish. Without income and an elderly mother to support, Bosmans performed at “black evenings” concerts, underground house concerts that were strictly forbidden by the Nazis. It was during this time that she began composing again, writing the song “Here Come the Canadians,” about Dutch liberation that helped re-establish her after the war. ~ Karla Walker

Well, she's not 19th century, but we couldn't resist shedding light on this American dynamo, whose music bears a Romantic character, but is devoted largely to American folk idioms and influences.

Peggy Stuart Coolidge wrote music for sports, conservation, movies and the concert hall. She was a pianist who played all over the world, as well as in hospitals for wounded soldiers. She also pioneered a music therapy program in a mental hospital.

Peggy Stuart was born in Massachusetts and spent most of her life based in the Boston area, graduating from the New England Conservatory.  Her 1937 ballet, “Cracked Ice,” was the first to be written for ice skating. The Boston Pops premiered the piece which led to more premieres with the Pops, making her one of the first female composers to have works performed in the concert hall.

During World War II she played piano for wounded soldiers and founded an orchestra that she directed for many years in Boston. She used those same skills to pioneer an early music therapy program for patients at a New York-area mental institution.

Her greatest recognition came from abroad. In fact, she became the first American composer — male or female — to have her works performed in the Soviet Union. Shortly after that Cold War feat, she became the first American woman composer to have a recording devoted entirely to her orchestral music, the 1976 Vox Publications album, “American Reflections.” Despite her many firsts, there are no current recordings of her music in print today. ~ Marilyn Cooley

Enjoy select works by these women with our Spotify playlist:

Listen anywhere in the world or right at home.