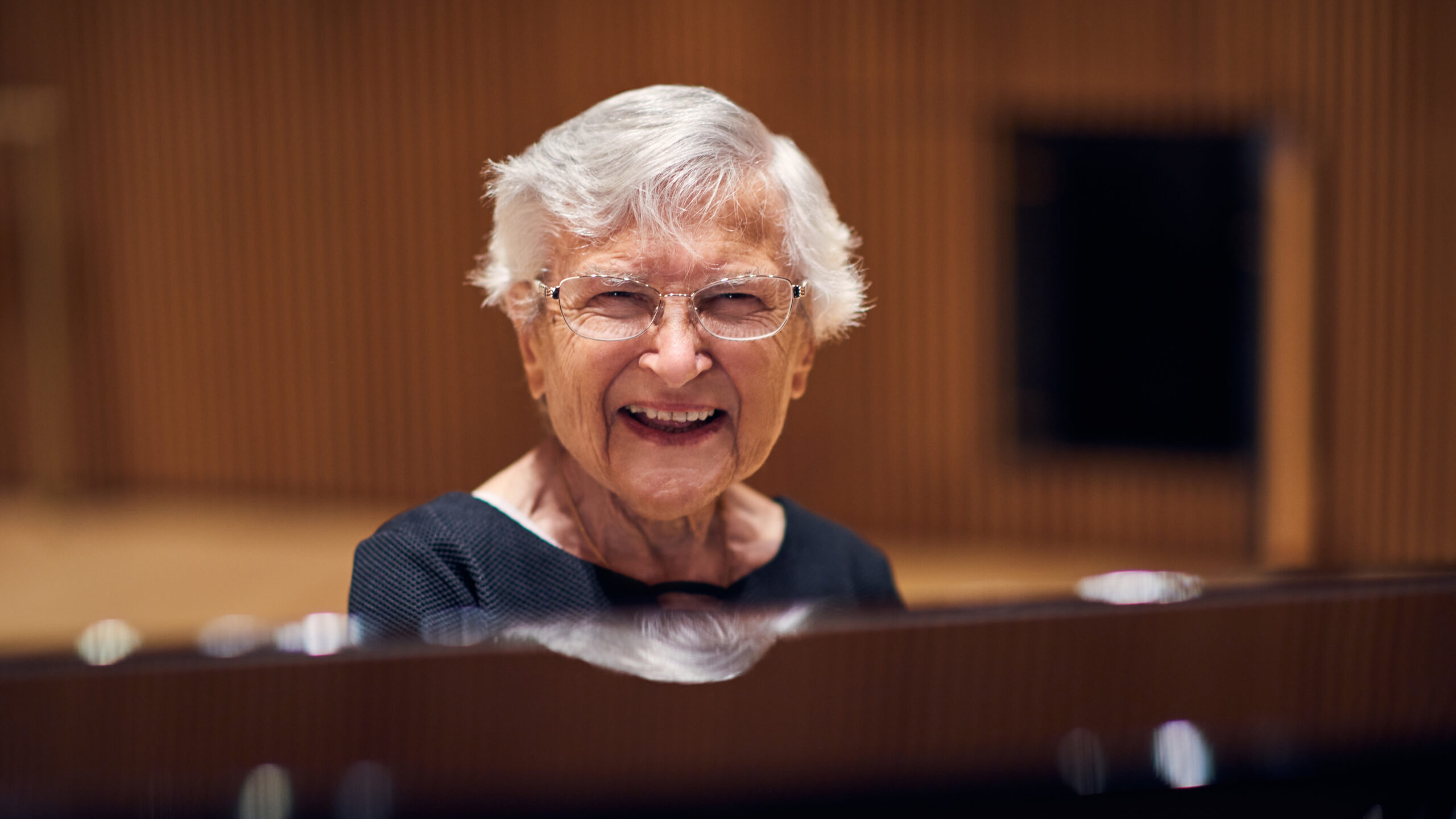 It's not every day that a 97-year-old releases a new album – but for pianist Ruth Slenczynska, a little thing like age is not about to get in the way. On her new album, My Life in Music, she revisits pieces she's been playing for more than nine decades.

With the advantage of the long view of life, Slenczynska enjoys dispensing sage advice. "You don't become a pianist until you're past the age of 60," she states with blunt certainty. "And then you should have something to say that's worthwhile. If you don't, forget it." Never mind that Slenczynska made her debut as a pianist at age 4.

As we settle into our video chat, I discover a sharp, smart woman with a hearty chuckle. But Slenczynska's life story hasn't always been so cheerful. A Sacramento native, she was a child prodigy, hailed by critic Olin Downes as the greatest piano genius since Mozart. At 5 years old, Slenczynska gave a farewell recital and left for Europe to study with a who's who of 20th century piano legends, including Artur Schnabel, Alfred Cortot and Sergei Rachmaninov, whom she met for the first time in 1934 after substituting for him in concert.

"I was a frightened little girl at the door of his apartment at the Villa Majestic in Paris," Slenczynska remembers, "and he pointed this long index finger down at me and he said, 'You mean that plays the piano?' " Slenczynska was shaking in fear until Rachmaninov sat her down and showed her a picture of his speed boat, making buzzing noises to imitate the motor. Once calm, she played a showpiece for him, then transposed the key instantly when he requested. She was nine.

Slenczynska is regarded as Rachmaninov's last living student. As a tribute, she begins her new album with the composer's song "Daisies," which she says she's played almost all her life. She explains that the huge D-flat major chord at the center of the piece depicts the moment when, at the top of the hill, you see all the flowers below.

That first meeting with Rachmaninov stretched into two years of mentorship. During one lesson, the composer told Slenczynska that her fingers were like overcooked spaghetti.

"They were so soft and liquid, they had no strength in them," Slenczynska recalls. "So he said I needed to strengthen those fingers so that they would have the power to play various kinds of sound. And he did a pretty good job, I guess, of showing me how."

But that's not the only advice Slenczynska picked up from the famed Russian. "The most important thing I learned was how to make the music carry a long, musical line," she says, moving over to the piano to demonstrate how to measure out those lines in terms of the climax points in Chopin's dramatic Ballade No. 1. At 97, she can still make Chopin's chords shake with thunder.

Slenczynska absorbed much from the great European pianists but her most consequential teacher was her father, a failed musician hell-bent on making a star out of his daughter even at the cost of her childhood.

"I wasn't allowed to think of myself," Slenczynska says. "My only thought was to please my father and escape the magic stick." That "magic stick" was an 18-inch wooden shovel handle that Slenczynska's father used to beat her. "I dreamed of running away from home," she recalls. "And that was what I did eventually, but I was 19 when I did it."

After Slenczynska's father died in 1951, her career flourished without him, as she made well-received recordings for the Decca label beginning in 1956. But she took time to chronicle his horrific abuse in her autobiography Forbidden Childhood.

"Well I didn't have a childhood, no way. But I'm making up for it now," she says with a wide smile. "I'm having a good time wherever I go."

Slenczynska, always the optimist, has indeed been on the go. Last month she played a full concert in Pennsylvania. She also just signed a new record deal and released My Life in Music, her first album for Decca in nearly 60 years. It contains music by Grieg, Debussy, her friend Samuel Barber, her beloved Rachmaninov, and closes with an uplifting performance of a prelude and fugue by J.S. Bach.

After our wide-ranging conversation, I couldn't help asking Ruth Slenczynska the obvious question: What keeps you going?

"Take whatever is given your way, find what's best in it," she counsels. "Enjoy. Try to make somebody else's day, they'll give it back to you tenfold."

From a 97-year-old with a career in full swing, that's advice worth following.