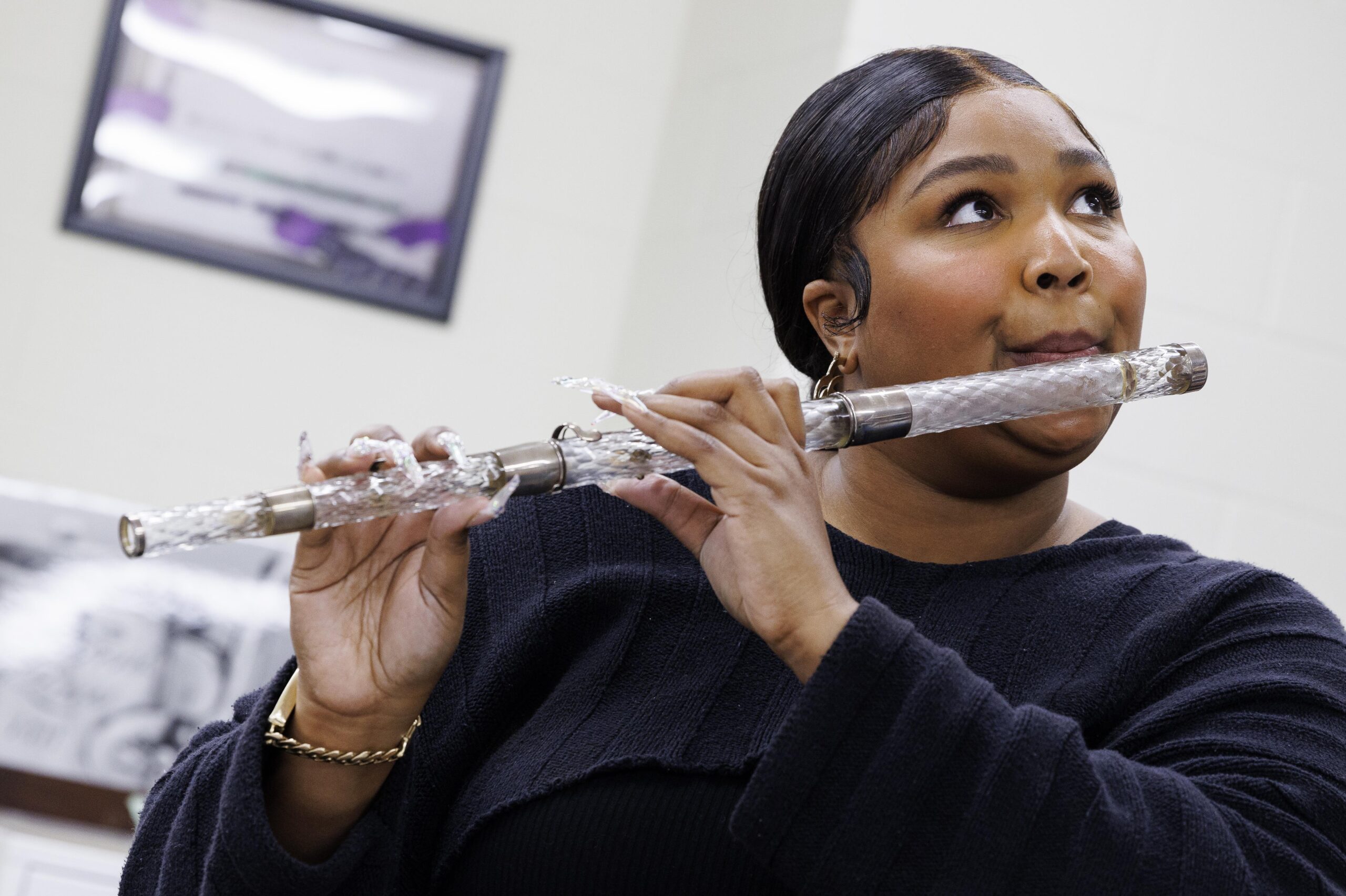 Some people visit Washington, D.C., for the tourist attractions, like monuments and museums. They probably don’t expect to see history being made at a pop concert — but that’s what happened to an arena full of fans at Lizzo’s concert Tuesday night.

The superstar singer, rapper and classically trained flutist took a quick but momentous break from the setlist of “The Special Tour” to play a crystal flute that was owned by former President James Madison and loaned to her by the Library of Congress.

That makes Lizzo the first and only person to play the centuries-old flute, she said in a tweet. At least one other person has played it before, as NPR reported in 2001.

“NOBODY HAS EVER HEARD THIS FAMOUS CRYSTAL FLUTE BEFORE,” she wrote. “NOW YOU HAVE.”

A French fluter made the ornate instrument in 1813 specifically for Madison in honor of his second inauguration, according to the Library of Congress. It says it’s possible that the flute was one of a handful of valuables that former first lady Dolley Madison took with her from the White House as she fled just before British troops set fire to Washington, D.C., in 1814.

So how did it make its way onto the Capital One Arena stage and into the hands of the chart-topping artist? With a lot of security, is the short answer.

Here’s the longer version. The flute is among the more than 1,800 flutes that now live in the Library of Congress, which has the largest such collection in the world, according to Carla Hayden, the librarian of Congress (a position nominated by the U.S. president and confirmed by the Senate). Notably, Hayden is the first woman and first African American to hold the title.

On Friday, Hayden tagged Lizzo in a tweet showcasing some of Library’s flutes — including Madison’s — and inviting her “to come see it and even play a couple when you are in D.C. next week.”

“Like your song they are ‘Good as hell,’ ” she added, with a winking emoji.

Lizzo quickly RSVP’ed with an enthusiastic tweet of her own:

It’s worth noting that Lizzo has been playing the flute since she was in grade school, first learning by ear and then in private lessons (she initially dreamed of becoming a concert flautist before getting into rap and singing). She whips out her flute — which is named Sasha after Beyonce’s “I Am Sasha Fierce” and has its own Instagram account — often, including on Saturday Night Live and at her NPR Tiny Desk Concert.

On Monday, a patron tweeted that they had spotted Lizzo at the Library of Congress and that Hayden had personally asked if it was OK with them if she broke the library’s “quiet rule” to play the flute (they said yes, of course). The Library of Congress also dropped a hint about its celebrity visitor, tweeting a photo of a sign with Lizzo’s picture and a piece of tape reading, in all caps, “flute guest.”

Handlers brought the flute onstage at Lizzo’s concert the next night. Clad in a shimmering bodysuit, she gingerly accepted the instrument and carried it carefully to the standing microphone a few steps away, remarking that “it’s like playing out of a wine glass, so be patient.”

Lizzo lined up her fingers and played a clear, reverberating note — then widened her eyes and stuck out her tongue in apparent amazement. She played another trill while twerking to the beat, as the audience roared. After that she returned the instrument and ran back to the mic.

“B***h, I just twerked and played James Madison’s crystal flute from the 1800s,” she exclaimed. “We just made history tonight!”

She thanked the Library of Congress for “preserving our history and making history freaking cool.”

Carrie Arnold, who was in the crowd on Tuesday, told NPR that the moment felt like a celebration of progress, in a way.

“It’s not often you see founding father’s personal artifacts reclaimed as a symbol of pop culture and a celebration [of] Black female empowerment,” she wrote via text. “It was so uniquely a moment that could only happen in D.C. and … the audience took pride in that.”

The library later tweeted that the flute had made it back safely, thanks to an escort from Capitol Police, and hinted it will be sharing more from Lizzo’s visit soon.

In the meantime, D.C. residents as well as history buffs and Lizzo fans from far and wide are amplifying the videos on social media and praising all involved for making the unforgettable moment possible — and especially Lizzo for championing the importance of history. As she said herself onstage:

“History is freaking cool, you guys!”

Clarification: September 27, 2022
Lizzo said she was the first person to play the flute. This story has been updated to reflect that at least one other person has played it, though that was not onstage.