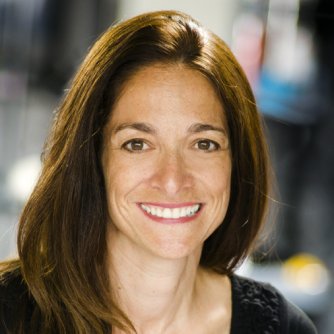 Andrea Dukakis is a producer/reporter/host for Colorado Matters on CPR News. She has produced and reported for CPR for nearly two decades. Prior to joining CPR, Andrea worked at NPR and ABC News.

Professional background:
Andrea Dukakisreports, produces and hosts stories for Colorado Public Radio and has been at CPR for nearly two decades.Prior to coming to Colorado, she spent three years at National Public Radio in Washington, D.C. Andrea has also worked at ABC News in New York. She’s reported national stories for several NPR programs, including “Morning Edition,” “All Things Considered,” “Justice Talking” and “Living on Earth,” as well as for BBC’s “The World.”

Q & AWhy I became a journalist:
I have always been fascinated by people and their unique experiences, and I love the news. So, it was a perfect fit. I grew up in a political family, and we always talked about issues and politics at the dinner table. But I never wanted to work in politics – I always preferred understanding issues from different perspectives. I think the most powerful stories are the ones told by those who are affected, whether it be health care reform, welfare, education, justice issues or the economy. And, I enjoy telling those stories.

Why I got into radio:
While I was in journalism school, I was offered the chance to help out at WBAI – a public radio station in New York City. I had written a story for school on Amerasian children who moved here from Vietnam after the war. The folks at WBAI let me turn it into a radio story – and I was hooked. I liked it better than print because radio adds a special texture to a story. And I preferred radio to television because I think people being interviewed are more honest when they talk into a microphone, rather than a camera.

How I ended up at CPR:
I was newly married, and my husband wanted to move to the mountains. At the time, I was at National Public Radio in Washington, D.C. We moved to Denver, and I began talking to people at Colorado Public Radio. It was really the only place I wanted to work – and the rest is history.