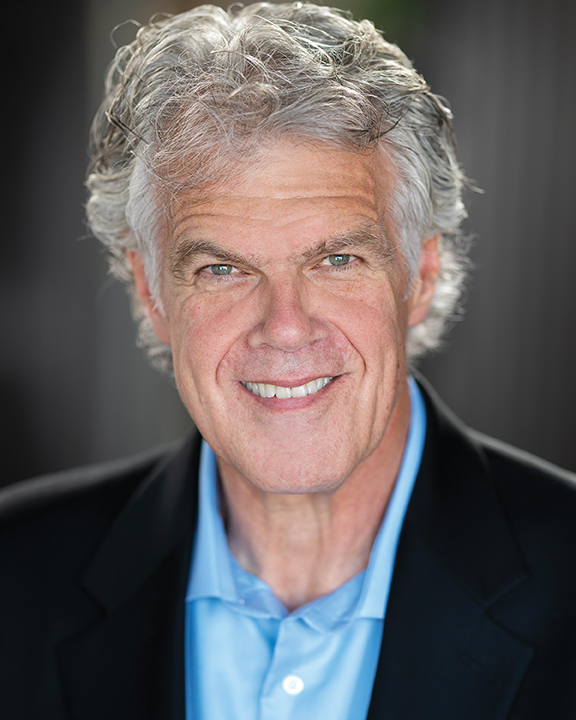 Ray White’s long career allowed him to blend a deep love for both music and radio. He passed away in 2021. If you would like to share a memory about Ray, please go to our Facebook page here.

It all started with a love of classical music instilled by his mother growing up, followed by his “folk period,” when at 12, he met the Kingston Trio. Later, Ray became best friends with the head of the guitar department at the Yale School of Music, Ben Verdery, who introduced Ray to New York’s “Mozart in the Jungle” classical scene, as well as to guitarists like David Russell, John Williams and the Assad Brothers.

Chatting with artists backstage after an exciting concert, Ray decided being around musicians and music was the way to go. Throughout his career, he met artists ranging from rock legend Jimi Hendrix to violinist Joshua Bell. He interviewed and hung out with the likes of Peter Gabriel, Joan Jett, Phil Collins and Roger Waters. He worked in radio from New York City to San Francisco. We were thrilled to welcome Ray to Colorado for the final chapter of his 40-year career.

Working in rock, jazz, and classical made for an interesting resume. Highlights include rockers WLIR and WNEW-FM in New York and then 10 years at the Manhattan jazz station, CD-101. He worked for 20 years in San Francisco, first, hosting jazz at KKSF and then 12 years at the Bay Area’s classical station, KDFC. Internationally, Ray did syndicated radio in Yokohama, Japan, a worldwide broadcast from the Berlin Wall, artist interviews from Abbey Road Studios in London, and stints as a BBC anchor and a host for a choral competition from George Lucas’ Skywalker Ranch Studios.

His professional passion was conducting artist interviews, and he conducted a few hundred in his career. Burt Bacharach once quipped as he left Ray’s studio, “You’re good. You’re more like a musician than a radio guy. That was fun.” His dedication and passion to music and its backstories are showcased in his one-on-one interviews with violinist Joshua Bell and classical guitarist John Williams, as well as rock, jazz and pop artists like Linda Ronstadt, Randy Newman, James Taylor, Roger Waters, Dionne Warwick and Pat Metheny.

While a history and communications major at Butler University in Indiana and then the University of Connecticut, Ray lived at the campus radio stations. At UCONN, he even managed to do a daily radio show down the road at the University of Hartford.

It was always in my house. My mom played piano as a child, and she made sure that her classical albums were in steady rotation on the family stereo. To this day, I cannot not think of her when I play Grieg’s A Minor Concerto or Rachmaninoff’s Rhapsody on Theme of Paganini on air. Dad, on the other hand, was a jazz man. It was Ahmad Jamal, Abbey Lincoln, and Henry Mancini. On my own, I soon found Pete Seeger, Dylan, the Beatles, and Pink Floyd.

I used to play the banjo, guitar, and electric bass, but in my late 30s, I began studying the classical guitar in earnest. For six years, I dedicated myself to the instrument and its rich tradition, getting up early every Saturday morning for my two-hour lesson—etudes and preludes with arpeggio drills and scales up and down the neck. That obsession opened the door to the classical music scene in New York.

It’s always fascinating how we find the door in — ask any of us here at CPR. Here’s my story: I was sick in a hospital bed for almost a year when I was 15. A local DJ from a Hartford radio station came by at Christmas time to emcee a concert for those of us stuck in the hospital over the holidays. He saw that I knew a lot about radio just from listening and encouraged me to come by the station for a tour when I was released. Well, I did . . . and my life changed. I was instantly bitten by the radio bug.

How did you end up at CPR?

There is a two-part answer to this question. First, I used to come to Boulder in the mid-1990s to early 2000s for an annual music convention. I was a guest, so I didn’t have to show up for the daily talks — just the evening dinners and fabulous music. My kind of convention. So, I’d explore Colorado and even parts of Wyoming and Nebraska by day. Back at the hotel, CPR Classical was on, and I’d start my day with Mozart and Beethoven as I pointed the rental car off toward the mountains. Fast-forward to late 2018 and thoughts of writing a new chapter in both my career and life: “Wouldn’t a gig on-air at CPR be something?” My chance came Spring 2019. A few interviews, flights to Denver, and a ton of emails later, here I am. A dream job for sure.

Not a favorite question of mine — too hard to choose — but it’s part of every interview. Ralph Vaughan-Williams’ The Lark Ascending still gives me goosebumps each and every time I hear that masterpiece. Next, in no specific order, Bach’s Cello Suites, Philip Glass’ Echorus, Delius’ Hearing the First Cuckoo in Spring, Leo Brouwer’s Danza Characteristic, and, in honor of my mom, Grieg’s A Minor Concerto. Thanks, Mom.