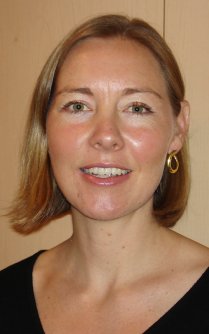 Education: Bachelor’s degree, world literature, University of California-Santa Cruz; special studies in Spanish Literature, University of Alcala de Henares, Spain; special studies in African literature,University of Cape Town, South Africa; Master’s degree in journalism, University of California-Berkeley.Professional Background: Sarah, who is fluent in Spanish, worked as a bilingual elementary school teacher in California for the Teach for America program from 1995-1997. In 1997, she entered the Master of Journalism program at UC Berkeley and studied under former New York Times South American bureau chief Lydia Chavez and Bill Drummond, founding editor of NPR’s “Morning Edition.” A month after completing the program, she boarded a plane for Alaska, where she spent the next year and a half covering stories about natural resource debates and local politics for two local public radio stations there. From 2001 to early 2007, Sarah worked as a general assignment reporter with a special focus on education and immigration for WAMU in Washington D.C. In 2007, she moved to Colorado and reported on immigration for Aspen Public Radio. In 2008 and 2009, she worked as a Denver-based freelance reporter, traveling to Peru and Argentina for international media exchange and research projects, and founded a radio project for Colorado teenagers, called Colorado Youth News.Awards, Fellowships, Media Exchange Programs and Reporting Conferences: Socrates Society Fellowship, The Aspen Institute, Summer 2009; PCI-Media Impact International Exchange Project in Peru, Spring 2008; Philip Merrill College of Journalism Fellowship for Journalists in Child and Family Policy, 2003; Best Spot News Coverage, Washington D.C. AIR Awards, “D.C. After the Control Board,” 2001; Reporting on Immigration Conference, Harvard University, 1999. In her own words …Why I became a journalist: I became a journalist because I enjoy working for the public and I enjoy researching community issues; journalism gives me the opportunity to pursue both of these passions.Why I got into radio: I started the UC Berkeley Master of Journalism program with the goal of learning how to write for magazines. I took a radio class on a whim. My very first assignment was to capture the sounds of a community sing-along at a local Irish pub. By the end of the evening, I had captured some magical interviews and songs on tape, and I was hooked. That was back in 1997, and I’ve been working in radio ever since.How I ended up at CPR: I have covered several education and immigration stories for CPR as a freelance reporter. I also know CPR through my work as director of the Colorado Youth News (CYN) project. CYN is a radio storytelling project for teenagers, and several of the pieces that I produced have aired on CPR. [ Previous ] [ Back to List ] [ Next ]