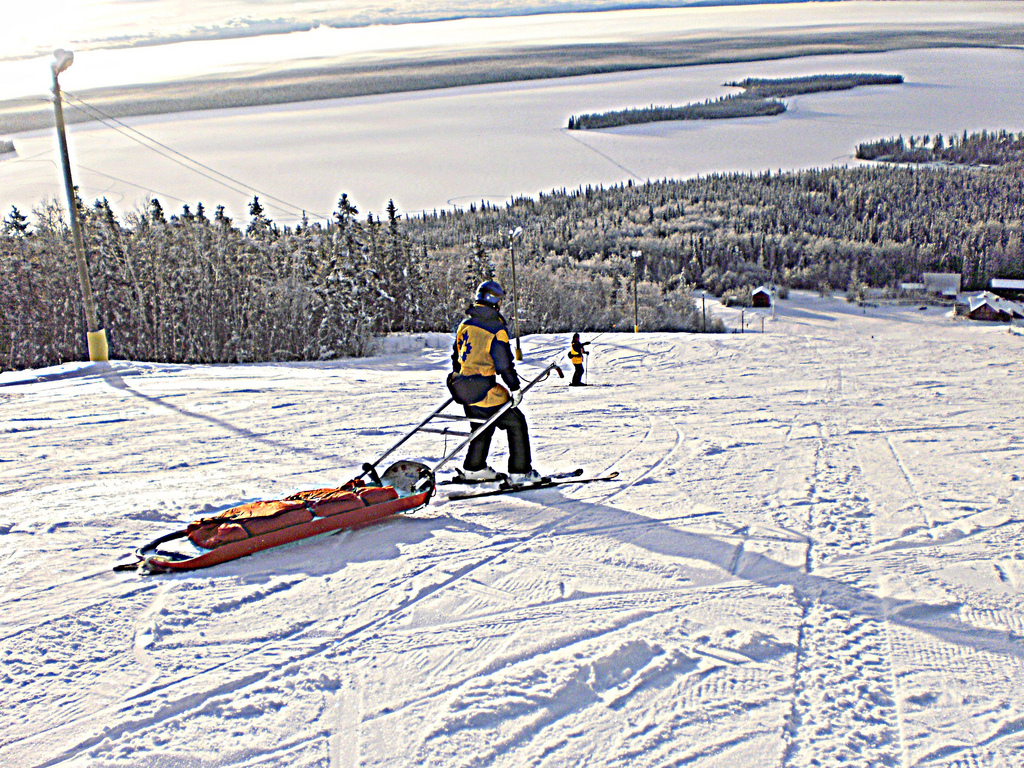 (Photo: Courtesy of Wikimedia/Bruce McKay)Colorado is known for its adventure sports. But if you’re planning to hit the slopes soon, or clip in to your bike for a weekend ride, take a minute to stop and think about a troubling trend reported in next month's Outside Magazine.

In recent years, Americans have become more familiar with the term traumatic brain injury (TBI) as more veterans from Iraq and Afghanistan are come home with the trauma.

TBIs have recently become the focus of  the National Football League as the NFL agreed to pay a hefty sum to former players in the summer of 2013.

But war veterans and football players are not the only people who suffer from TBI:  A couple million of recreational enthusiasts get sports-related head injuries every year -- and these numbers are on the rise.

Part of this is due to the fact that we’re all getting riskier--jumping higher and riding faster.

Marc Peruzzi knows this first-hand. and the Boulder-based writer is an avid mountain biker who recently had two accidents while reporting Outside Magazine's feature about the rise in traumatic brain injuries.

"We've changed how we approach our sports: We take bigger lines and we ride a lot faster," Peruzzi tells Colorado Matters. "And it's not just the gravity-assisted sports, like skiing and mountain biking; it’s also road biking."

Peruzzi  says that after moving to Boulder about 12 years ago, people could "do one group ride a week."   He says that's changed now as cyclists can ride in a high-performance peloton at a speed about 15 mph faster than other rides.

"The faster speeds mean more injuries, because we call them 'deceleration injuries," Peruzzi  adds.  "When you move faster, and you fall and hit something, your head stops but the brain inside the skull doesn’t stop."

Peruzzi points to the injuries that snowboarder Kevin Pearce, subject of a forthcoming documentary called "The Crash Reel", and the deadly head injury to freeskier Sarah Burke, as examples of how our enjoyment of extreme sports is becoming more dangerous.

Both crashed in a halfpipe fit to the specifications of the Olympic Games but far larger and steeper than halfpipes were originally imagined.

"When halfpipes were introduced in snow sports, they were about four feet deep with walls that weren’t close to vertical," Peruzzi says.

As those sports evolved in last 15 years or so, the halfpipe has grown to 22 feet with vertical walls at the top.

"They use the word 'amplitude' meaning how far you get out of the pipe," Peruzzi explains. "The highest skier’s gone 25 feet above the lip of the pipe, which is 47 feet above solid, flat ice, which is what the bottom of the halfpipe really is. Then you kinda hit your zenith, falling at the speed of gravity."