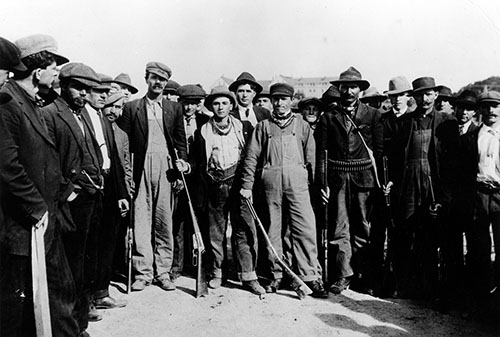 A century ago, coal miners in southern Colorado went on strike to demand better working conditions.

In response, their employer forced thousands of miners and their families out of company-owned homes prompting a move to tent cities set up by the workers' union.

Tensions grew, leading to a lot of violence and, eventually, the infamous Ludlow Massacre, when the tent city was torched.

A new exhibit helps us understand what the miners and their families went through. It's called the "Children of Ludlow: Life in a Battle Zone," at the El Pueblo History Museum in Pueblo, Colo., and it's part of the Ludlow Centennial Commemoration.

Ryan Warner speaks with one of the exhibit’s creators, Dawn DiPrince.