Water use across the country has reached its lowest level in nearly 45 years, according to a recent study by the U.S. Geological Survey. Yet, western states still face shortages and just a dozen states account for half the nation’s water use. Colorado is one of them.

“It is really good news that we are requiring less water for cities, farms and industry, but we are still using far too much," says The Nature Conservancy’s director of Global Freshwater Strategies, Brian Richter.  "We have become dependent on using high volumes of water so when we move into times of drought and low water we can’t adjust. It’s like saying to an alcoholic that you got your consumption from nine drinks to seven drinks. That’s an improvement, but it hasn’t solved the problem.”

Water shortages are usually localized and often seasonal. For example, here in Colorado and other western states the most challenging time of year is August. This is when there is less rainfall and a higher demand for water.

“It creates a pinch point,” Richter says. "We are taking so much water out of aquifers, rivers and streams that it puts us at risk of running out.”

This can cause spikes on prices on food and power, threaten aquatic life and more, Richter says. 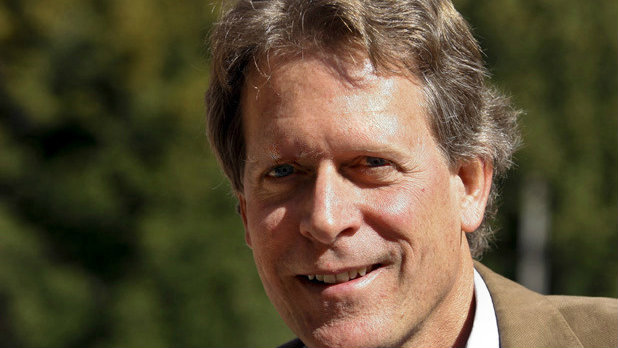 (Photo: Courtesy of Brian Richter)He explores ways to avoid water scarcity in his recent book, "Chasing Water: A Guide for Moving from Scarcity to Sustainability."

“You have to balance use with availability and consider cost and effectiveness,” Richter says. "Water conservation or efficiency of use in industry and agriculture are the least expensive with the least impact on environment.”

All other options come with greater impacts to environment and communities, like costly reservoirs, pipelines, according to Richter.

Most Americans, he says, are generally water illiterate and few understand where their water comes from.

Most people think the bulk of water is being used in big cities, but the reality is that in Colorado, agriculture constitutes the largest use of water.