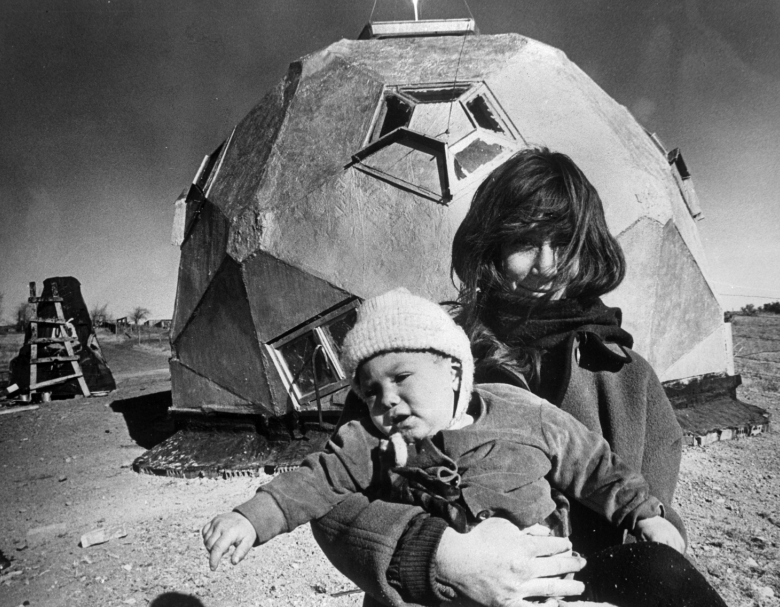 History Colorado, the state's historical society, is looking back at 1968, a year that was pivotal for the country and Colorado. Robert Kennedy and Martin Luther King were both assassinated that year. There were calls in Colorado to end school segregation. More than 200 Coloradans died in Vietnam as anti-war protests and sit-ins occurred at colleges around the state. One state senator decried what she called Colorado's "hippie problem."

The hippies, as they were labeled, were out to change the world -- and they did in some ways. Those post-World War II baby boomers challenged the status quo and their legacy lives on in Colorado’s culture and economy.

B. Erin Cole, an assistant state historian, traces the rise of hippie culture to several places in Colorado, including a tiny bohemian artists' settlement that began five decades ago in 1965 near Trinidad. It was dubbed Drop City, a name that came not from dropping out or dropping acid, but from “drop art” -- where artists actually dropped things, like small painted rocks, from buildings and then watched people for their puzzled reactions. Colorado artist Clark Richert, one of Drop City’s founders, was inspired to build domes on the site after hearing neo-futuristic architect Buckminster Fuller talk at the University of Colorado.

"We had the idea of that we would create a community,” Richert says. “That we would buy some land and build some buildings on the property and it would be a work of drop art in itself. The buildings that we built were very colorful and very conspicuous and attention-getting, so we did have a lot of people driving by and visiting us. So they would look at our buildings but we would look at them.”

By 1968, Drop City had grown. It received national attention from Life and Time magazines and from reporters around the world.

Cole says those who came to live in the Trinidad commune were enticed by cheap land, Colorado vistas, and the idea that life could be an artistic statement. Who came?

“People who want to drop out of society; who are really inspired by the counter-cultural ideal, come to these places and in some ways destroy them just by being there too much,” she says. In 1973, Drop City was shut down for sanitary reasons.

Hippies in the cities

There were other hippie cafes and communal houses in the cities, including in Denver’s Capitol Hill and around Boulder’s University Hill and Pearl Street. And that led to clashes. Cowboys from the stock show clashed with hippies in Denver. And state Sen. Allegra Saunders, a Democrat, raised concerns about the hippie lifestyle; Cole says Saunders cited concerns about runaways and the safety of infants living in hippie houses. Such worries, and accounts in local newspapers, left the impression that hippies as a group were filthy troublemakers.

Yet the hippie legacy endured. For instance, Cole notes that “hippie capitalists” helped shape Colorado’s economy, from the rise of natural foods to the embrace of new art. And music by artists like John Denver helped shape the view of Colorado as a beautiful and open place for a generation.

History Colorado’s “The 1968 Exhibit” is now open and runs through May 10. It includes photographs, artifacts, vintage pop culture items, and other displays.

Editor's note: A previous version of this story misspelled Clark Richert's name. We regret the error.