Fort Lyon, a collegiate-looking campus tucked into an elbow of the Arkansas River some 200 miles southeast of Denver, has seen plenty of pain and healing in its long and varied past.

So have its residents.

The former military base, with a history stretching back to the Civil War, was a psychiatric hospital for veterans until 2001. The state turned it into a minimum security prison until that closed in 2011.

Two years later, the facility began a new life: a rehabilitation facility for the chronically homeless. The rehab program is run by the Colorado Coalition for the Homeless, and was started with help from the state and Bent County.

Its residents are people like Mary Burton, a 55-year-old who finally got clean at the Fort after living on the streets in Denver and struggling with crack cocaine for decades.

There aren’t many rules at the campus, save one big one: no drugs or alcohol. That creates exactly the kind of space Burton and many other of the 225 residents at Fort Lyon say they need to kick their habits at their own pace. 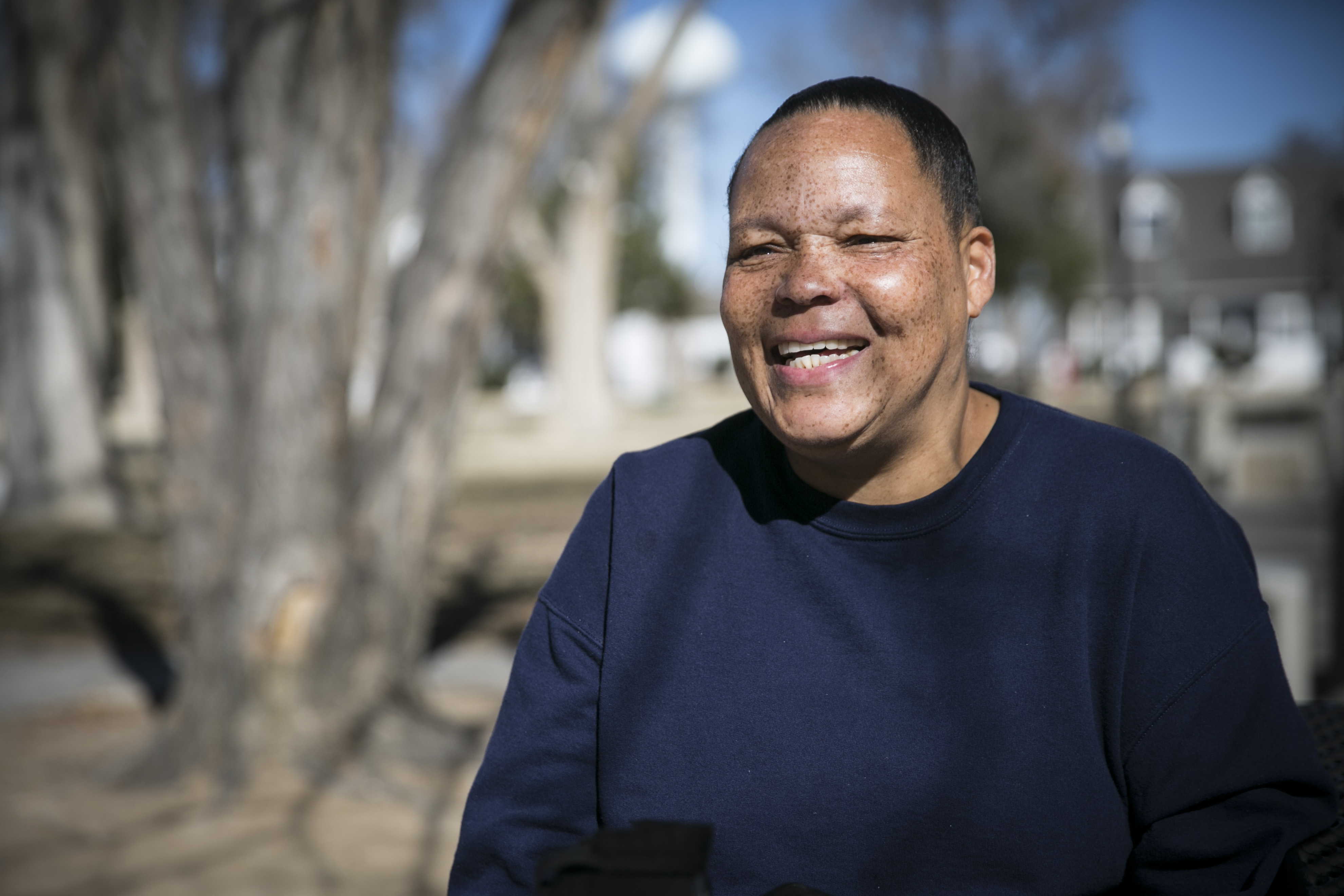 “I knew I didn't have to drag my bags around anymore,” Burton said on a warm, late February afternoon. “I knew I had a place to sleep, eat, shower safely, and everything. I was just overwhelmed."

Still, a fundamental question hangs over the idyllic respite: Does it work?

Fort Lyon’s own evaluations show improvements in health and overall well-being among its residents. Legislators will soon get an independent evaluation of the program’s efficacy. The preliminary findings, due in August, will shape the program’s future.

When word came down in 2011 that the prison at Fort Lyon would close, Bent County officials started a fierce lobbying effort to find a new use for the space. Simply closing the facility would’ve left a big hole in the county, where about a quarter of the population lives below the poverty line.

Gov. John Hickenlooper, a Democrat, was a key backer of the idea to turn it into a rehab center for homeless people addicted to drugs and alcohol. The model is somewhat unusual: most service providers for the homeless are based in cities; most push “housing first” programs that provide permanent homes for homeless, whether or not they are trying to kick their habit. Fort Lyon bucks both of those trends. 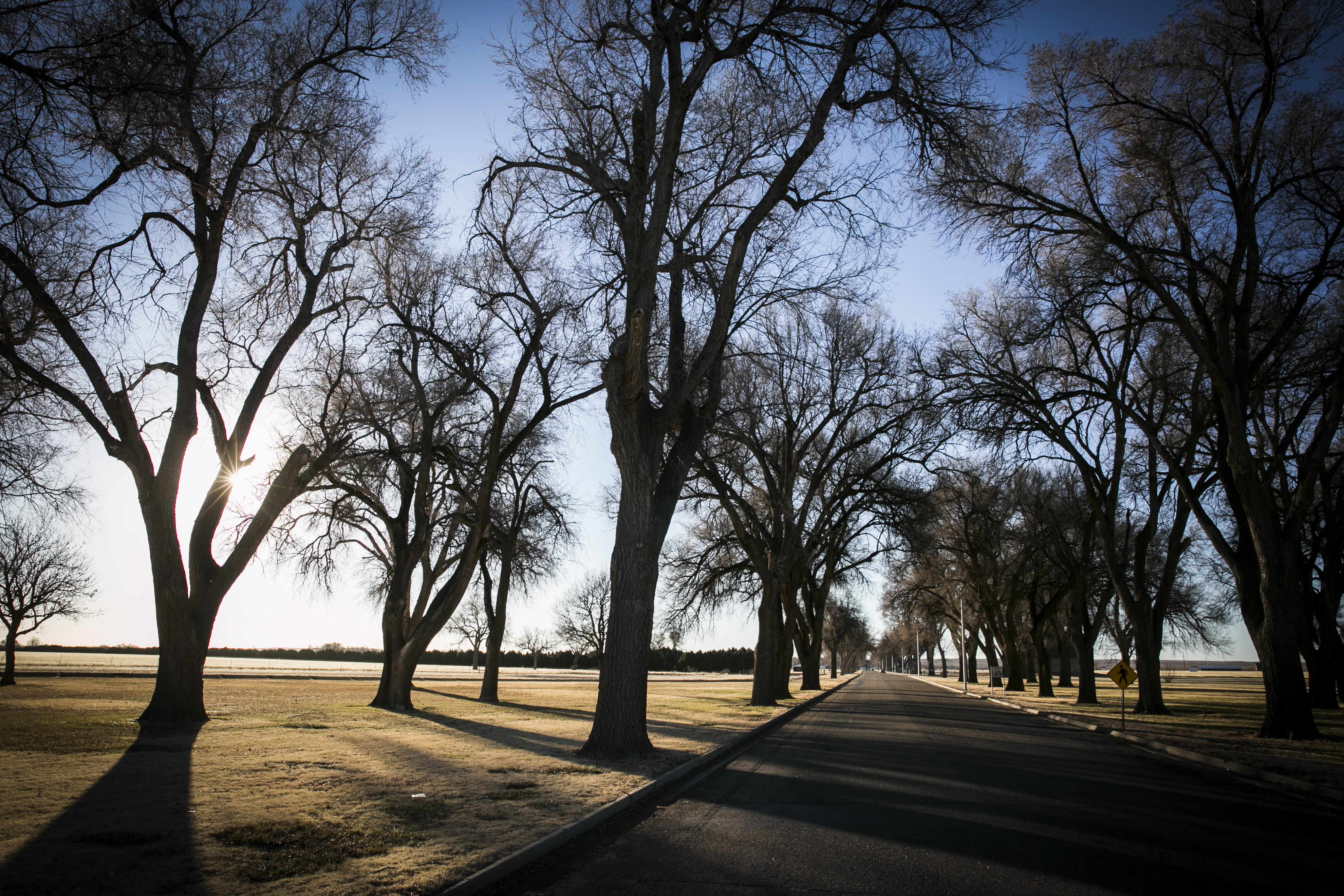 And for that, it was immediately controversial.

The legislature was also skeptical, said Pat Steadman, a former state senator from Denver who’s been critical of the program.

“There was ... this perception that this was really kind of a half-baked idea that was really about mollifying the people in the community,” Steadman said. “There were a lot of unanswered questions.”

Critics also questioned whether the $5 million annual budget was justified by the then-unproven program. But Hickenlooper pushed the plan through, using cash from a mortgage settlement to kick start the program. And in 2013, the Fort Lyon Supportive Residential Community was born. 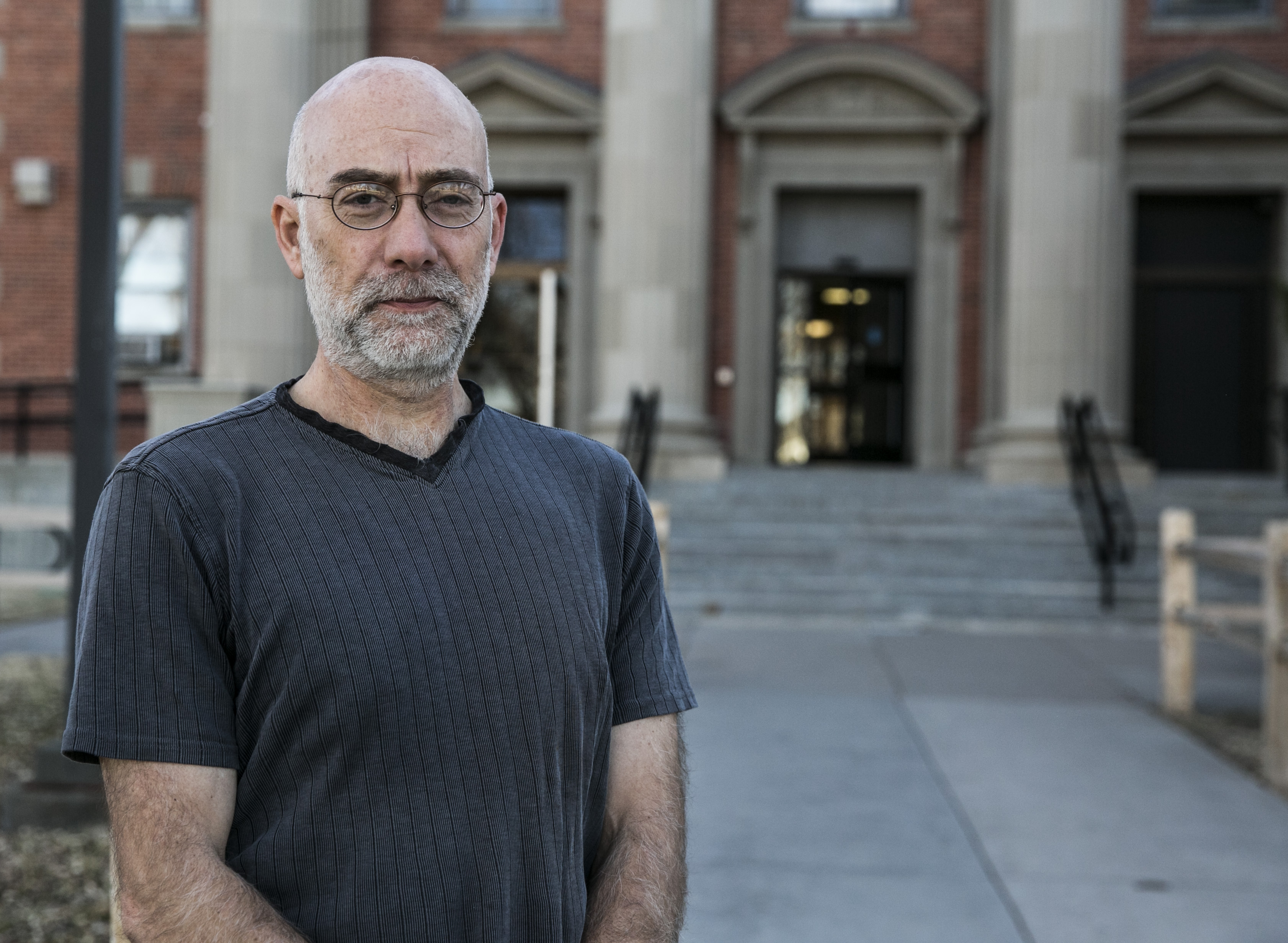 The program, now funded mostly through the state’s general fund, has been a success since then, according to James Ginsburg, Fort Lyon’s program director since its inception. He credits its unstructured approach.

“What this does is show people that you can live a different life,” Ginsburg said.

Fort Lyon is unlike traditional treatment centers, Ginsburg said, which only last 30 or 90 days. Residents can stay at Fort Lyon for two years — or longer if needed. That ongoing treatment and the community surrounding it have created a safe environment, Ginsburg said.

But that means Fort Lyon attracts high-needs individuals that are difficult to treat. Fewer than half of the people who’ve been in the program have stuck with it and completed the goals they set for themselves, Ginsburg said.

Many residents credit the flexibility Fort Lyon offers with their own success. But others say more structure would be helpful.

“Realistically, a person can spend two years in the TV room,” said Mitch Robertson, a former Fort Lyon resident now living in a group home in Denver. Robertson, 54, said he saw 400 people come and go in the 21 months he was at Fort Lyon. Other residents say it’s easy enough to find drugs or the local liquor store in nearby Las Animas.

Still, Ginsburg said there are different ways to measure success. At one end of the continuum are people who are successful just by being off the street for a night.

“At the other end,” he said, “is folks completing the program, going to school, being employed, living independently.” 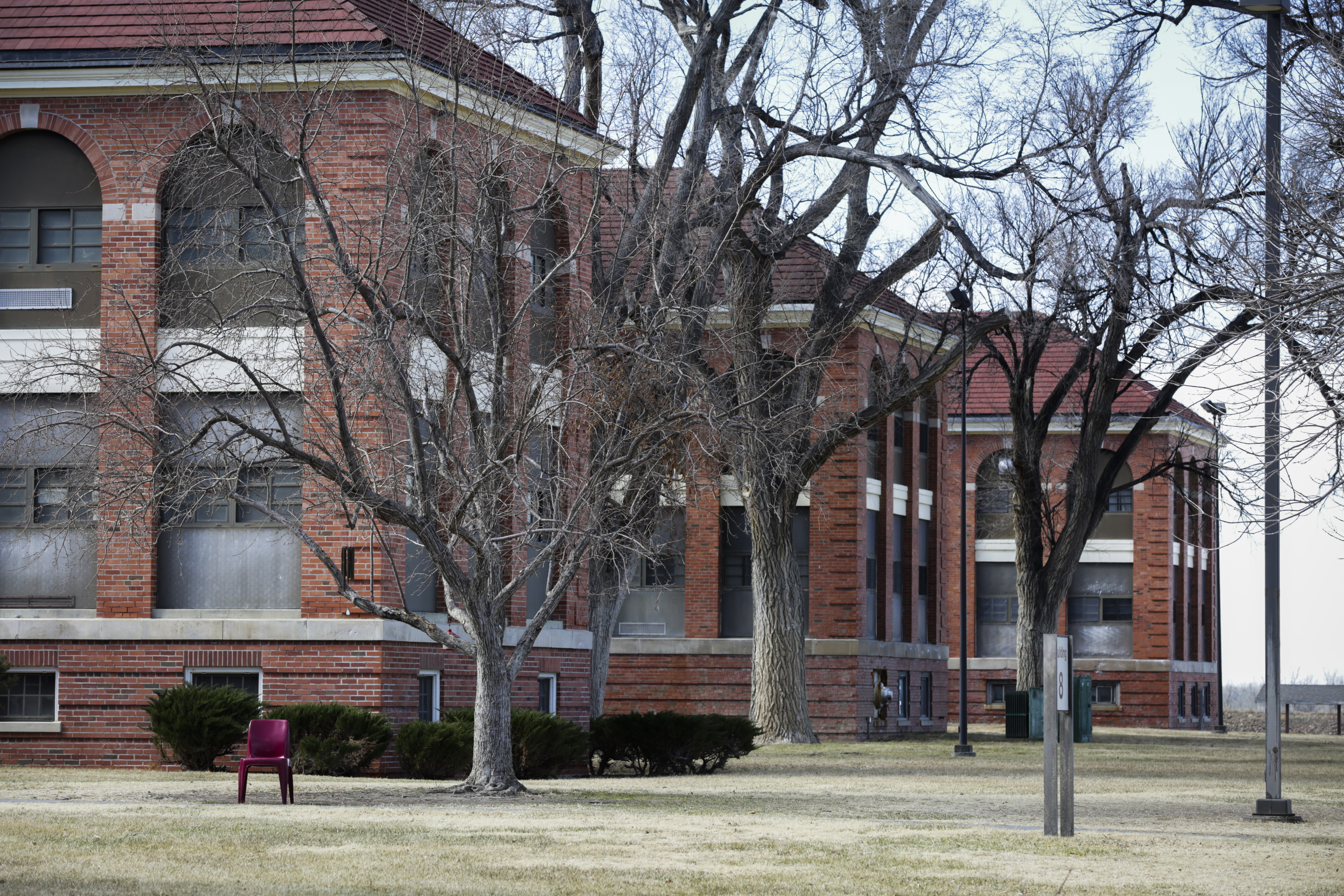 Legislators who dole out funding for the program acknowledge that Fort Lyon serves a unique population. One of them, Rep. Jonathan Singer, D-Longmont, said the program needs to prove that it provides the best bang for the buck.

"There's a real question at the legislature about whether or not this is the most effective use of dollars in a year where we are contemplating budget cuts,” Singer said.

Fort Lyon’s Ginsburg said it costs about $20,000 a year to house each resident. For comparison, a state analysis says it costs about $47,000 per person to provide "reactive services" like detox, police and emergency room access.

Singer, who describes himself as a “skeptical cheerleader” of Fort Lyon, said his own mind changed during a visit last fall when he met one of his own constituents, an alcoholic who lived on the street.

“Now he's clean and sober and actually can focus on the things to give him a better life,” Singer said. “I don't know if we'd have something like that without Fort Lyon."

But, Singer cautioned, the legislature is anxious for independent data to back up anecdotal success stories.

‘The Middle Of Nowhere’

Every Tuesday and Thursday at Fort Lyon, Larry Chatman greets new residents and directs them to their dorms. He remembers what he was thinking when his own bus arrived nearly a year ago.

“It’s like, ‘What in the world have I got myself into,’” said Chatman, a recovering alcoholic and crack addict. “It's like the middle of nowhere.”

In his previous life, Chatman was a case manager at a homeless shelter in Denver. But he burned out on the job and ended up on the streets himself. Though he was initially wary of being so far away from Denver and the Front Range, Chatman said he quickly learned to love Fort Lyon.

In the spring, residents play softball on the spacious lawn between stately brick dorms and a row of former officer’s homes that date back to the mid-19th century. Pickup basketball games happen every Saturday afternoon. There’s a well-stocked library on campus, and an auditorium that shows redemption-focused films twice a week. The campus also has a health clinic, counseling and academic classes. 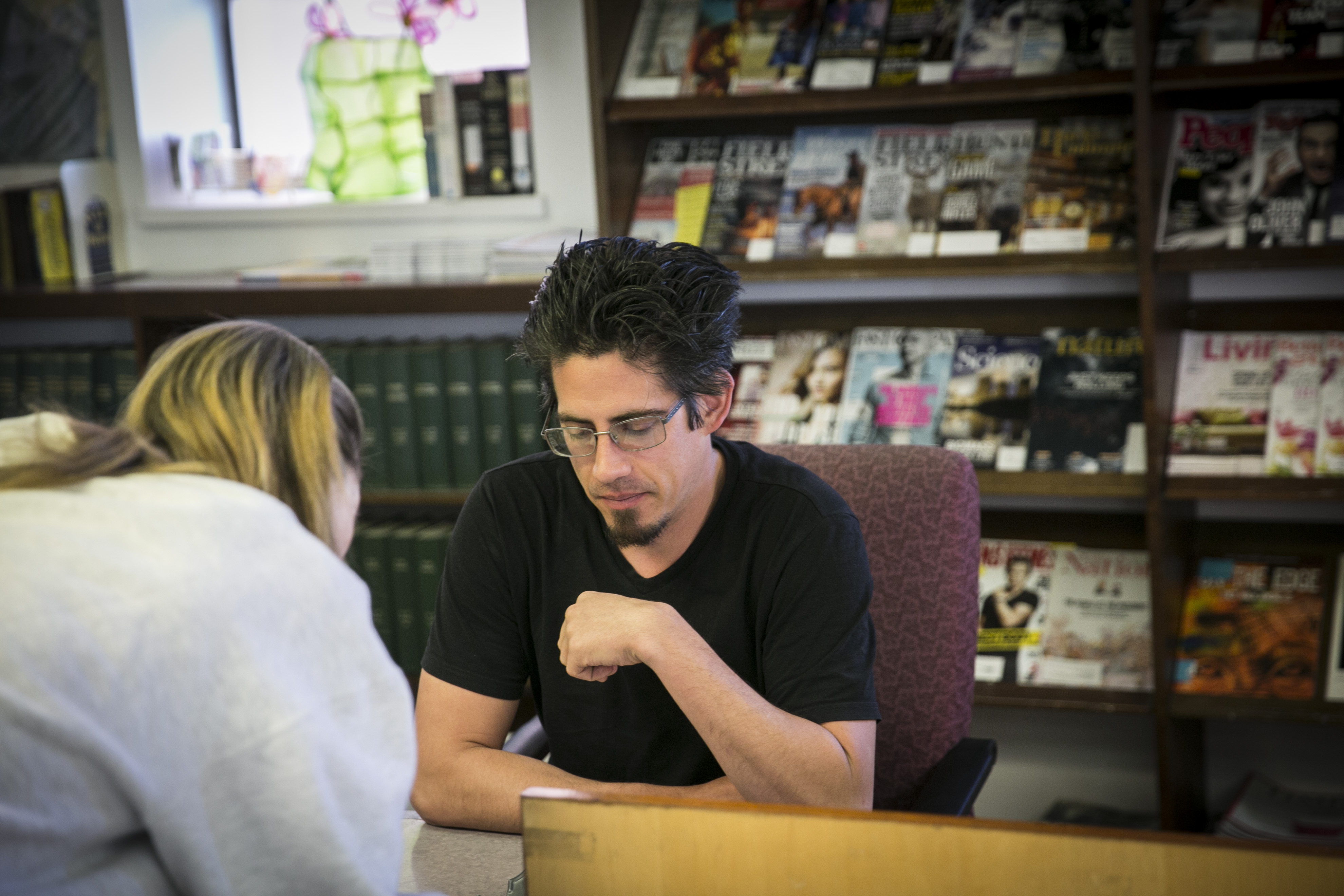 "All of this stuff is just practicing living,” Chatman said.

It took time for Chatman to learn to have substance-free fun. But once the drug-and-alcohol “nuclear option” was out of his picture, he started to relearn life skills. Now, he has an eye on what comes after Fort Lyon.

"Just to walk down the streets of Denver and feel like a normal person, that's going to feel pretty great," he said.

Still, Chatman isn’t sure that he’ll end up back in Denver, and he isn’t alone. Ginsburg estimated that half the residents who came from Denver haven’t returned there. Many graduates of Fort Lyon choose to relocate nearby after adapting to quiet rural life.

One of them is Richard Devlin. After the 57-year-old kicked his alcohol and methamphetamine habits at Fort Lyon, he moved to nearby Las Animas instead of returning back home to Fort Collins.

“They wanted me to live here,” Devlin said. “I'm not going to say no to that. Somebody saw something in me that I didn't see in myself."

Devlin runs a small bike shop in downtown Las Animas inside a thrift and craft store that is run by Fort Lyon residents. His current shop grew out of a similar set-up he ran at Fort Lyon. Working on bikes is a stress-reliever for the Gulf War veteran who also started an American Legion post at Fort Lyon — the only one in the country made up entirely of homeless vets. 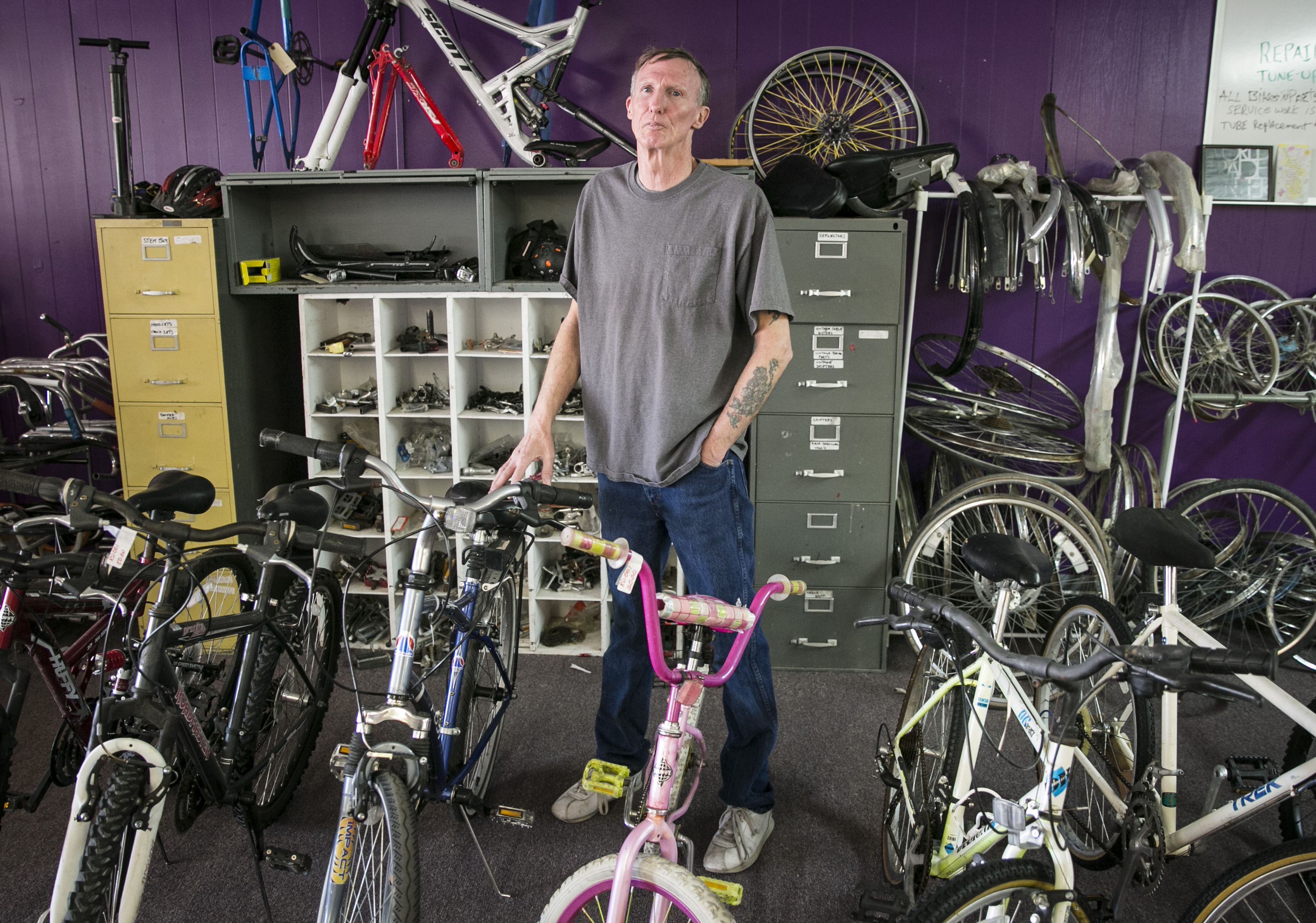 “If you do the right thing, you're family,” Devlin said of small-town life.

These days, he’s made friends with local farmers, city leaders and even the town cops.

“These are people I would have never hung around with,” Devlin said. “And now we're going to church together. We're having dinners together. This is really cool.”

But Bent County Commissioner Kim MacDonnell said just having the Fort open again to the public has been a big deal for the surrounding community. It used to have a mini golf course, and even an olympic-sized swimming pool that MacDonnell worked at one summer.

“I spent a lot of time out there just hanging out with my friends growing up,” she said. “It’s been a part of the fabric of the community.” 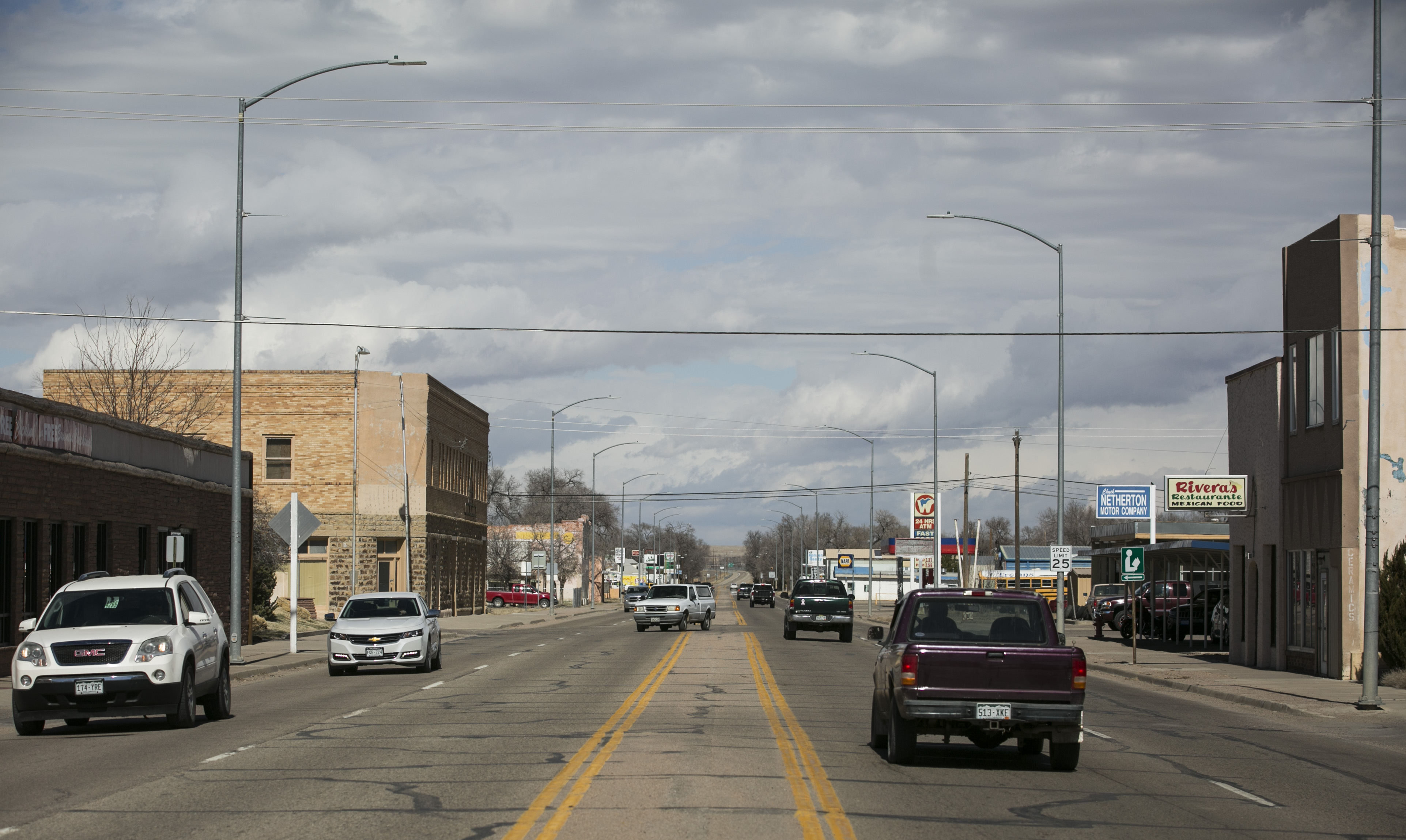 Those would-be attractions are long gone. But the Fort itself could be appealing to history geeks traveling the Sante Fe Trail, MacDonnell noted. The county is looking into turning some of the officer’s homes into bed and breakfasts.

Such ideas are needed. Fort Lyon is a key part of the area’s history and identity. But it’s also an ever-present responsibility of local leaders to find new uses for it as needs change.

For now, local residents are happy to have the Fort occupied — if not quite fully. Josh Gonzalez, who works at Thaxton’s, the grocery story in Las Animas, said business has nearly doubled in the last few years. Many of the new customers are Fort Lyon residents who ride their bicycles into town.

“Some are normal. Some are drunks,” Gonzalez said. “But they are all human beings just like us.”