Four U.S. senators are calling on the Army to stop kicking out soldiers who have been diagnosed with mental health problems or traumatic brain injuries – effective immediately.

Sens. Jon Tester, D-Mont., Chris Murphy, D-Conn., Ron Wyden, D-Ore., and Barbara Boxer, D-Calif., say they're motivated by an investigation by NPR and Colorado Public Radio that revealed the Army has continued to discharge troops accused of misconduct who served in Iraq and Afghanistan.

That's even though the Army's then-Acting Secretary Eric Fanning promised late last year to investigate whether the practice is unfair.

Since 2009, the Army has kicked out more than 22,000 mentally-wounded combat troops on the grounds of misconduct, and taken away their benefits, instead of helping them. As a result of that report, 12 Democratic senators, including Colorado Sen. Michael  Bennet, sent a letter to Fanning and the general who runs the Army, demanding an investigation.

Our reporting so far:

Developments since then raise questions about the Army's investigation. For instance, Fanning appointed Debra Wada, Army assistant secretary in charge of manpower and reserve affairs, to lead the review.

Two weeks after she was named, Wada signed a document ordering commanders to dismiss Larry Morrison, a highly-decorated combat soldier who was diagnosed with post-traumatic stress disorder. Morrison is one of the soldiers profiled in NPR and CPR's original report.

He says that because "the person who's in charge of the investigation is also the same person who ultimately reviews some of these administrative separations, [it] creates the picture that there's just something unfair or un-objective about the process."

Morrison's Army records suggest he's the kind of soldier that senators say the Army should help, not punish. He's a 20-year veteran. He fought four tours in Iraq and Afghanistan. The Army awarded him a Bronze Star.

But after Morrison came home to Fort Carson, near Colorado Springs, he was diagnosed with chronic post-traumatic stress disorder. He pleaded guilty to drunken and reckless driving. Commanders at the Army post also alleged he belonged to a "criminal" motorcycle gang – which Morrison denies. They asked top Army officials for clearance to kick him out for misconduct.

Now that Wada has signed the order, Morrison won't be able to receive a combat soldier's usual benefits, including free health care.

"I've given them all of my youthful years, I'm 42 years old," Morrison says. "And now they want to put me out with no benefits. They want to give me an 'other than honorable' discharge, so I can't get a job, I can't go to school, and [they're going to] take my 20-year retirement away. So they want to put me on the streets with nothing." 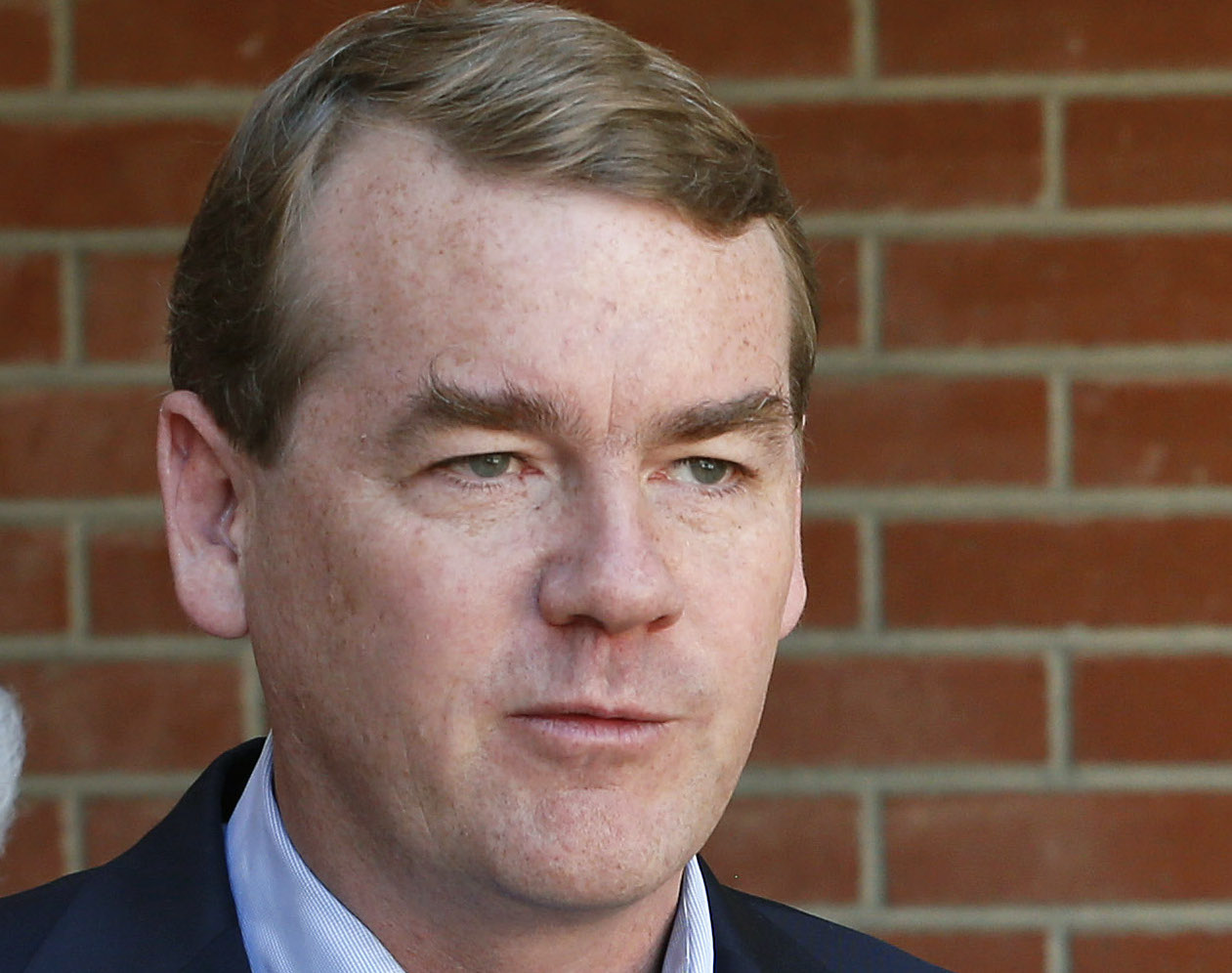 While the four senators tell NPR and CPR they want the Army to stop dismissing soldiers diagnosed with mental health problems until the Army finishes its investigation, Colorado's Bennet did not join their call. He fears a moratorium might complicate the Army's day-to-day operations, his spokesman, Adam Bozzi, said.

In addition, Bennet wants more information from the Army about how leaders are approaching the investigation, to know if "they're going to be looking forward and determining if there's policy changes they need to make, if there's recommendations, if there's steps Congress needs to take, if there's actions they can take internally," Bozzi said. "We want to make sure all of that is part of their process."

Bozzi added that Bennet would like to see the investigation completed no later than summer and said that if it is found that soldiers were unfairly discharged, they should have a clear path to appeal and adjust their status.

Colorado's other senator, Republican Corey Gardner, wasn't part of the initial call for an investigation with the 12 senators. His office did not respond to requests for comment on whether he supports calls for a moratorium.

What The Other Senators Say

"The Army needs to halt the discharge process," says Sen. Jon Tester, D-Mont. "What it does, it stops any kind of wrongdoing from going forward."

"It seems to me to be common sense that the Army would impose a moratorium on taking disciplinary actions against soldiers while they undergo this review," says Sen. Chris Murphy, D-Conn.

"If something is concerning enough to investigate, common sense says that you wait until the results of that investigation, before you take further action," says Sen. Ron Wyden, D-Ore. "And I think that's just garden variety fairness."

Sen. Barbara Boxer, D-Calif., also tells NPR and CPR that she wants the Army to impose a temporary moratorium on discharging combat troops for misconduct if they've been diagnosed with mental health problems or brain injuries.

The Uniformed Services Justice & Advocacy Group in Denver, which has worked cases like Morrison's for years, is watching closely. The nonprofit's CEO, Andrew Pogany, applauded senators who are calling for a moratorium, saying it could prevent veterans from becoming homeless and suicides.

However, Pogany questioned whether the Army should be trusted to investigate itself at all -- and re-iterated an earlier call for the creation of an independent commission to examine the Army's practices when it comes to caring for troubled troops injured while serving their country.

Army officials declined to say whether they'll comply with the senators' requests for a moratorium. They also declined NPR and CPR's requests for an interview.

"The review is ongoing, so it would be premature for us to comment on any aspect of it at this time," Jennifer Johnson, an Army spokesperson, said in a written statement.

Meanwhile, Morrison just got his final orders. The Army will kick him out Thursday, Feb. 4.