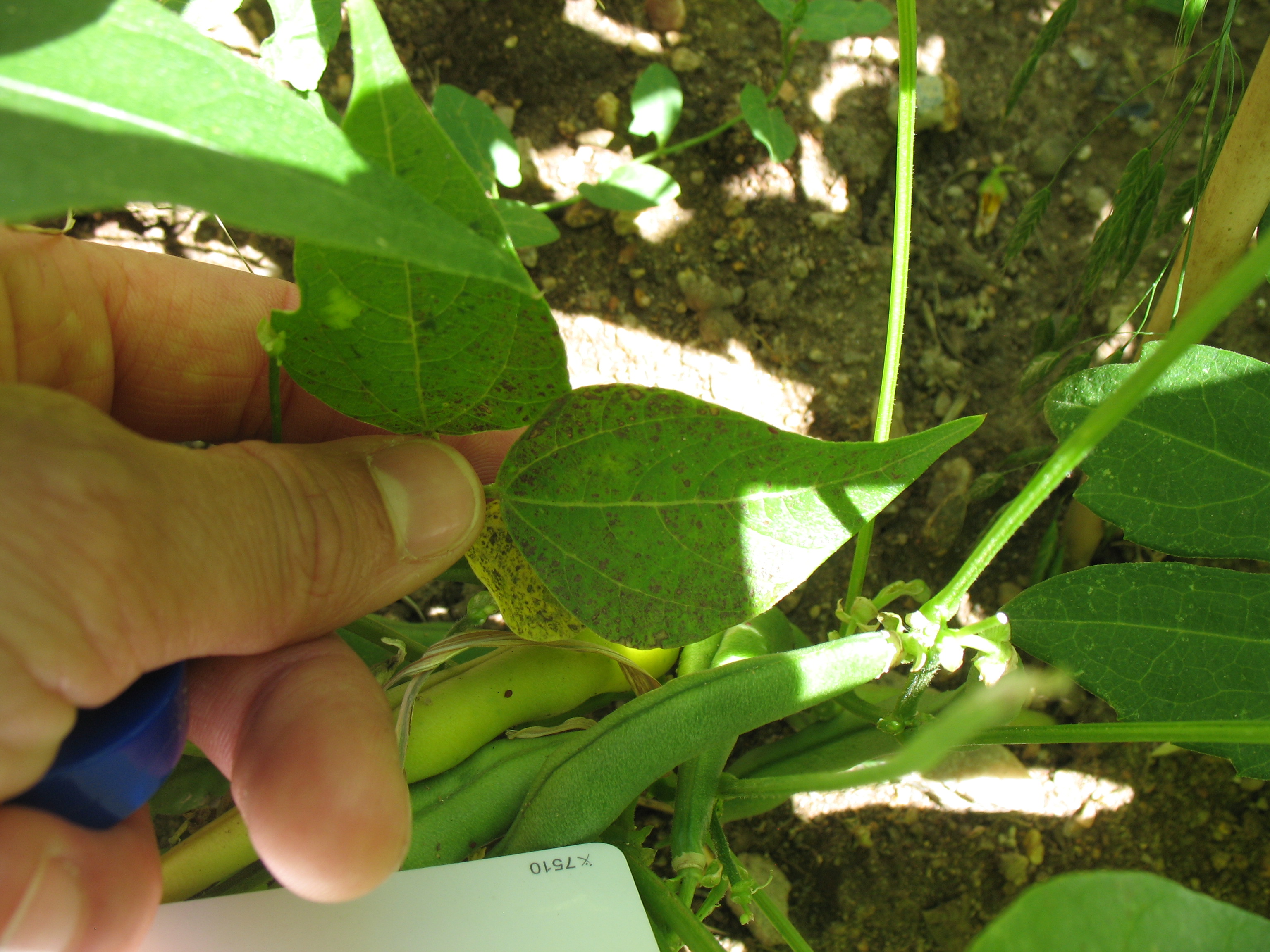 (Photo: Courtesy National Center for Atmospheric Research)Jumbo screens along Front Range highways have warned drivers a dozen times so far this year about high levels of ozone. But there’s another way to tell if the invisible gas, also known as smog, is in the air: Check your garden.

That’s what researchers in Boulder are doing. They planted experimental public gardens outside the National Center for Atmospheric Research’s Mesa Laboratory and at the University of Colorado Boulder’s Museum of Natural History. Post-doctoral scientists Danica Lombardozzi of NCAR and Kateryna Lapina of CU are already harvesting results.

“So far the snap beans at the NCAR site are showing signs of distress,” says Lombardozzi.

The snap bean plants have developed brown spots on their leaves indicating damage from exposure to harmful ozone, she says.

The snap beans, milkweed and other plants in the garden will become more severely damaged this summer if pollution levels rise. The gardens are open to the public so that observers can see for themselves what’s happening.

Ozone is an invisible gas that forms when pollution reacts with the summer sun. The alerts mean people should drive less and wait until the temperature drops to fill up their gas tanks and mow their lawns.

In addition to plant health, human health can be affected by ozone. It can cause itchy eyes, exacerbate asthma and lead to what the American Lung Association in Colorado describes as a sort of “sunburn” in the lungs. 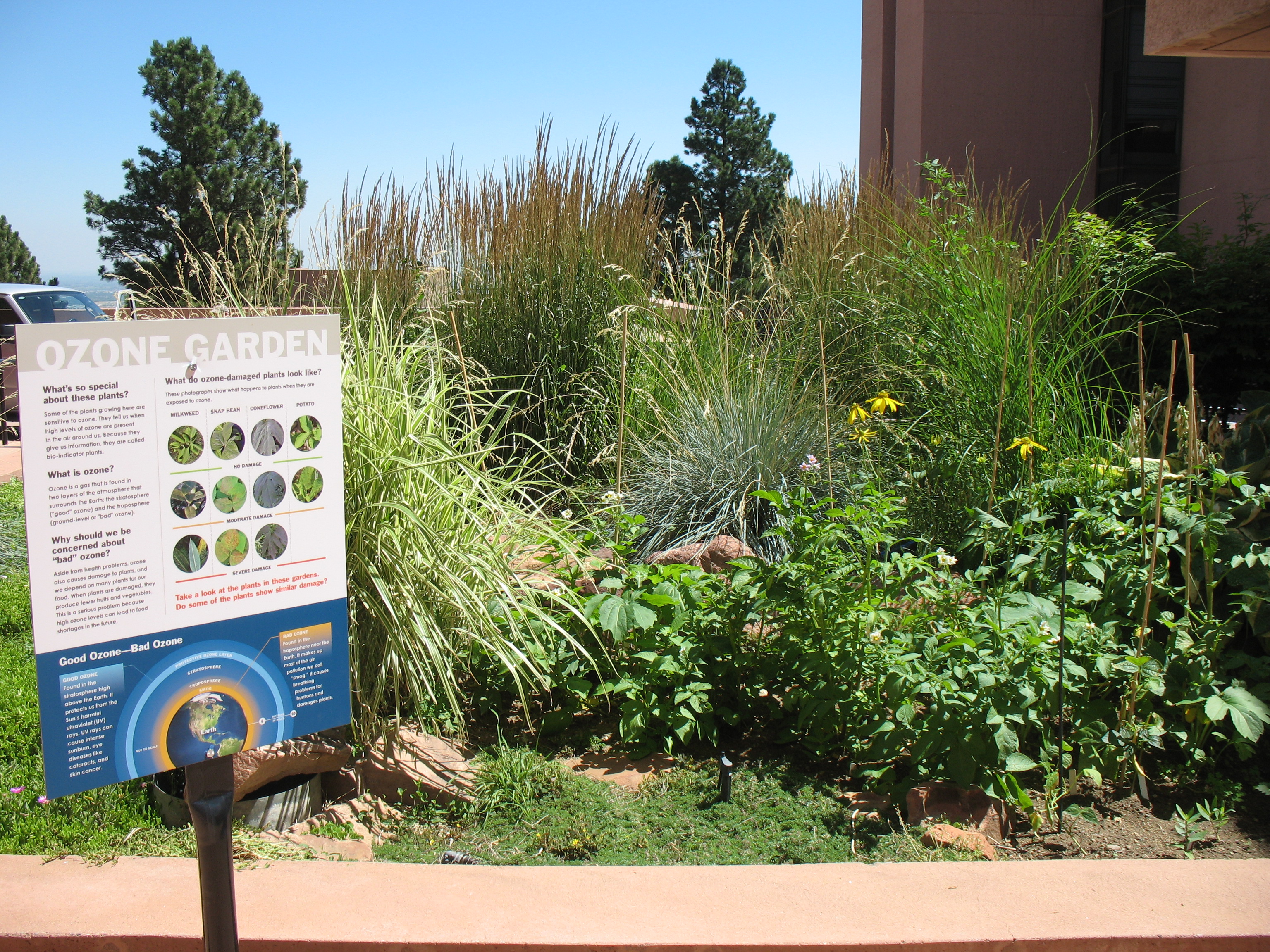 (Photo: Courtesy National Center for Atmospheric Research)“Ozone irritates and inflames the respiratory system at levels frequently found across the nation during the summer months,” according to a publication by the Lung Association. “Breathing ozone may lead to: shortness of breath, chest pain, inflammation of the lung lining, wheezing and coughing, increased risk of asthma attacks, need for medical treatment and for hospitalization for people with lung diseases, such as asthma or chronic obstructive pulmonary disease.”

Ozone alerts typically peak in the summer and more are expected in August, says Meg Alderton, a spokeswoman for the Regional Air Quality Council's OzoneAware.org campaign.

Last year, 32 ozone alerts were issued through August, she says.

Lombardozzi plans to join researchers in Rocky Mountain National Park later this summer to search for signs of ozone damage to plants there. Scientists have already identified ozone damage to coneflowers, part of an effort to understand how pollution affects the nation’s public lands.

“People are surprised to hear that there is ozone there,” Lonbardozzi says. “They think of it as a pure place that’s not touched by pollution. It turns out that isn’t the case.”