Dollman documents the 2013 flood and 11 others in her new book, "Colorado Deadliest Floods." She has experienced first-hand how terrifying flash floods can be -- she studied and taught at Colorado State University when the Spring Creek flood hit in 1997.

"I didn't know what was happening until I looked out my front door and realized the entire street was flooded," Dollman says.

Here's a quick bit about each of the 12 floods featured in "Colorado's Deadliest Floods."

"It will always be remembered for the shocking number of children swept away to their deaths in the dark, fierce, fold waters of Bear Creek."

"The bridge was quickly rebuilt, but the engine was buried so deeply in the muddy gulch that the bridge was built around the mangled wreckage."

Hit: Outside of Pueblo
Killed: 111 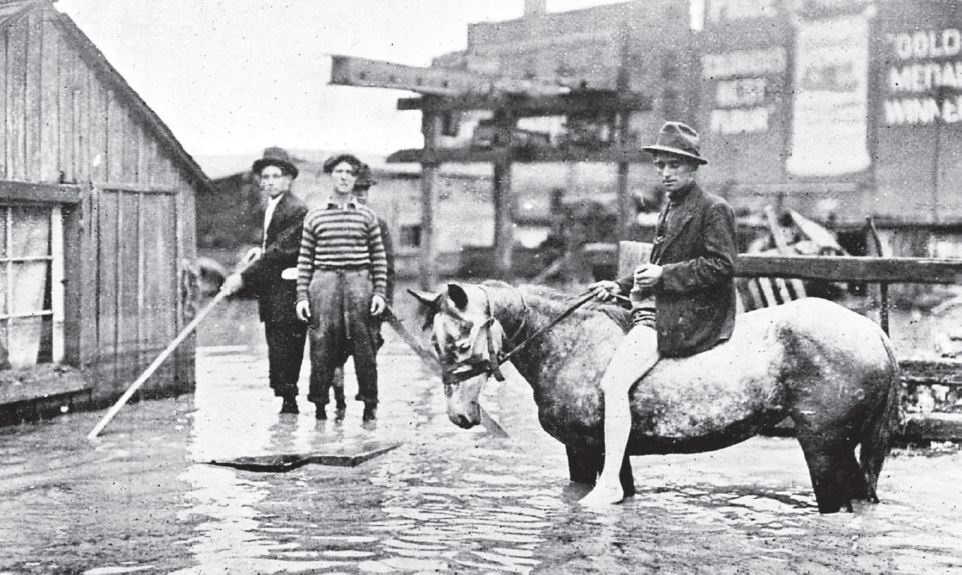 (Courtesy of Darla Sue Dollman)"Some historians claim that Little Raven, chief of the Arapahoe Indians, warned the early explorers of flash flooding on Cherry Creek and told them specifically not to build on the land."

"An entire city under water for a week - no one could possibly have imagined such chaos... The smell of rotting animals and unrecovered bodies was unbearable."

"The commission's studies showed that the dam was in a 'serious' state of disrepair and had constant leaks. It was noted that the dam's condition posed potential catastrophic dangers for Denver, but no action was taken."

7. The Monument Creek and Kiowa Creek Floods of 1935

"The owners of the racehorses were advised to move their horses as soon as possible, but many owners lived out of state, so the employees at the track moved the horses to the barn area... that's where one hundred horses drowned."

"One of the most vivid memories of survivors scrambling up the sides of the mountains or clinging to tree branches was the sight of the giant water wall crashing down the canyon with strange, flashing lights coming from inside. As the waterwall passed, the horrified survivors realized the flashing light were the headlights of vehicles filled with people..."

"In layman's terms, the dam failed because no one cared, and eventually, it was forgotten."

"Flooding was so immediate and rescue efforts so disjointed that the flood is now used to train emergency responders about worst-case scenarios."

"Rainfall records were set and broken in six major rivers and their tributaries, with residents of at least a dozen cities fighting to survive or waiting for evacuations. Some meteorologists called it the worst flooding in five hundred years."