Those words appeared in a letter to The Denver Post last year, written by Charles Selsberg, a retired realtor with a debilitating form of Lou Gherig's disease. He could barely move or eat. He struggled to speak. He wanted doctors to be allowed to provide drugs to terminally ill people like him so he could end his own life.

State Rep. Lois Court, a Denver Democrat, read Selsberg's letter and proposed what was dubbed a "Death With Dignity" bill, to do what Selsberg sought. Her colleagues in the House later heard 11 hours of testimony, including from doctors both for and against the bill. Some Christian organizations opposed it, and some terminally ill people supported it. The measure failed in the Democratic-controlled committee.

Court plans to bring the bill back in the session that starts Jan.13, with changes that she hopes will satisfy critics. She said her constituents have asked her to try again.

"I was astounded by the response I received from all over the state about how much people of this state want to have this decision," Court told Colorado Matters host Nathan Heffel. "This is about comfort, both psychological and physical at the end of life. I heard Charlie's message loud and clear." 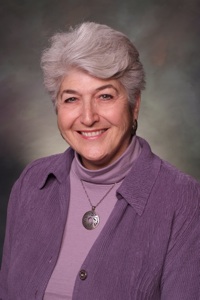 (Courtesy Colorado Democrats)The Colorado Catholic Conference was one of the most vocal opponents to Court's bill last session. Executive Director Jenny Kraska told Colorado Matters then that the effort was a backwards move, coming only a year after Colorado created a Suicide Prevention Commission.

“As a state we recognized last year that suicide prevention was a good,” Kraska said. “And it seems to me somewhat ironic that we would be turning around a year later -- less than a year later -- and potentially passing a piece of legislation that would legalize suicide.”

Court said she understands why people are fundamentally opposed to the bill.

She's made changes to the bill in a move to garner more support for it. She's addressing concerns about how to tighten control of fatal drugs, including what to do if they aren't used. And while last year's legislation was dubbed "death with dignity," this year's effort will be framed as being about "end-of-life options."

Court said she hopes the changes are enough to win over legislators that opposed last session's bill. It's "not a partisan issue," she said. "It’s a people issue.”

And if it doesn't pass this session, Court said she'll push for it again. She plans to run for state Senate next year.

CPR's Coverage of the bill from the last legislative session: