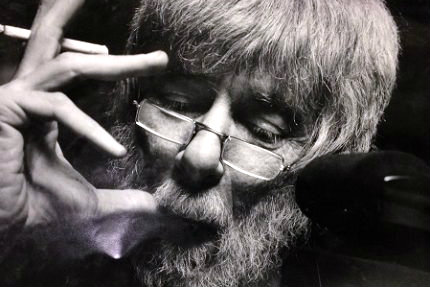 Radio talk show host Alan Berg was gunned down in his driveway in Denver's Congress Park neighborhood 30 years ago today. Berg, who at the time of his death worked for Denver's KOA, was Jewish. He was killed by a right-wing extremist group that targeted him and others for assassination.

The murder led to the book "Talked to Death" by Denver writer Stephen Singular, and it inspired a movie called "Talk Radio" directed by Oliver Stone, with Eric Begosian playing an acerbic talk radio host based in Dallas.

Singular says Berg dealt with divisive issues like race and religion and wasn’t afraid to confront people with different views. He could also be extremely harsh to listeners who called in.

“On the air, if certain buttons got pushed, you know he’d really go off on you,” Singular says. “He went through a period where he just hung up on everybody. You know, he just wanted to be the bad boy on radio.”

Singular says he got to know Berg when he wrote an article about him in the early 1980’s for the Denver Post Sunday magazine.

“He was markedly different in person,” Singular says. He was soft-spoken. He was always very funny. I always kind of thought of him as a Groucho Marx in talk radio.”

The white supremacist group responsible for the murder, called The Order, was formed in 1983, only a year before the killing.

“This group of 11 men got together in the woods and basically said: 'It’s time for a revolution in America [and] we’re going to get rid of minorities, feminists, gays, [and] whoever we decide are our enemies,'" Singular says. "They said: 'Our first assassination target will be Alan Berg.'”

Following the murder one of the suspects was killed in a shootout with the FBI. The other three received long prison sentences.

Singular says no other Denver radio personality inspired as much love -- and hate -- as Berg. Even people who didn’t like what Berg said would tune in just to see what would happen next, he says. “They conducted a poll [that asked], 'Who’s the most hated and who’s the most loved media personality in Denver?' He won both awards.”

And Singular says Berg defied labels: “We tend to put people in boxes - they’re liberal, they’re conservative. He was not one for boxes. He was one for breaking down boxes.”

Singular says since the murder there has been a rise in hate groups around the country.