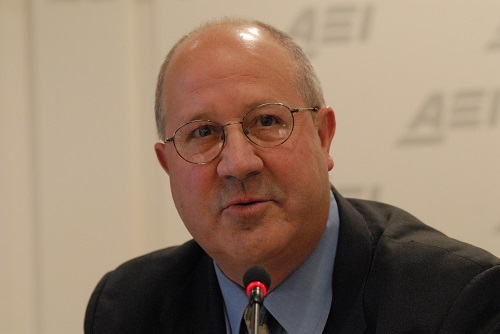 (Photo: Courtesy of Steven Hayward)The first ever "conservative thought professor" at CU Boulder is about to pass the baton on to someone else. Steven Hayward was appointed last year to the newly created position at CU, which is a one-year stint. Hayward's formal title is "Visiting Scholar in Conservative Thought and Policy."

CU officials say they created the position to add diversity of thought on campus. It’s part of a three-year pilot program supported by private funds.

Hayward taught several classes, including two courses on constitutional law. He says the classes weren’t billed as having a certain political bent.

“It was only about halfway through the semester that some students wised up and said ‘Oh, you’re that guy!’" Hayward says.

Hayward taught at Pepperdine University in Malibu before taking the job at CU. He has also been a fellow at the American Enterprise Institute, writes for the “Weekly Standard,” and penned a biography of Ronald Reagan.  He says there were mixed views about having him on campus.

“Some people who told me their own views are liberal had quite a bit of enthusiasm for my presence and I think that there are people who disliked the idea,” Hayward says. “I know they’re out there. I think they just sort of left me alone and avoided it.”

Politics, on campus and off

Hayward recently wrote a scathing editorial about a report alleging pervasive sexual harassment and unprofessional behavior in CU Boulder's philosophy department. The report was prepared at the request of the department by the American Philosophical Association's Committee on the Status of Women Site Visit Program. Hayward says the report was inadequate because the authors spent only a day and a half on campus interviewing members of the department. Listen to CPR's story about the findings.

Hayward is watching closely as the 2016 presidential campaign gets underway and says the Republican party is in an unusual position right now, without a clear presidential candidate.

“The interesting thing to me is that the two parties seem to have switched places," Hayward says. Usually it’s the Republicans who have a crown prince-in-waiting. Republicans always nominate the guy whose turn it is to be the nominee, and it’s the Democrats who have a free-for-all."

Hayward says the Democrats already have a “crown princess-in-waiting” in Hillary Clinton.  As for his pick for a 2016 Republican candidate, he says he thinks governors make the best presidential candidates, because they have executive experience and have been shielded from the Congressional fray.  He's particularly interested in  Governor Scott Walker of Wisconsin as a potential candidate.

CU is now in the process of looking for Hayward’s replacement and is interviewing several candidates.