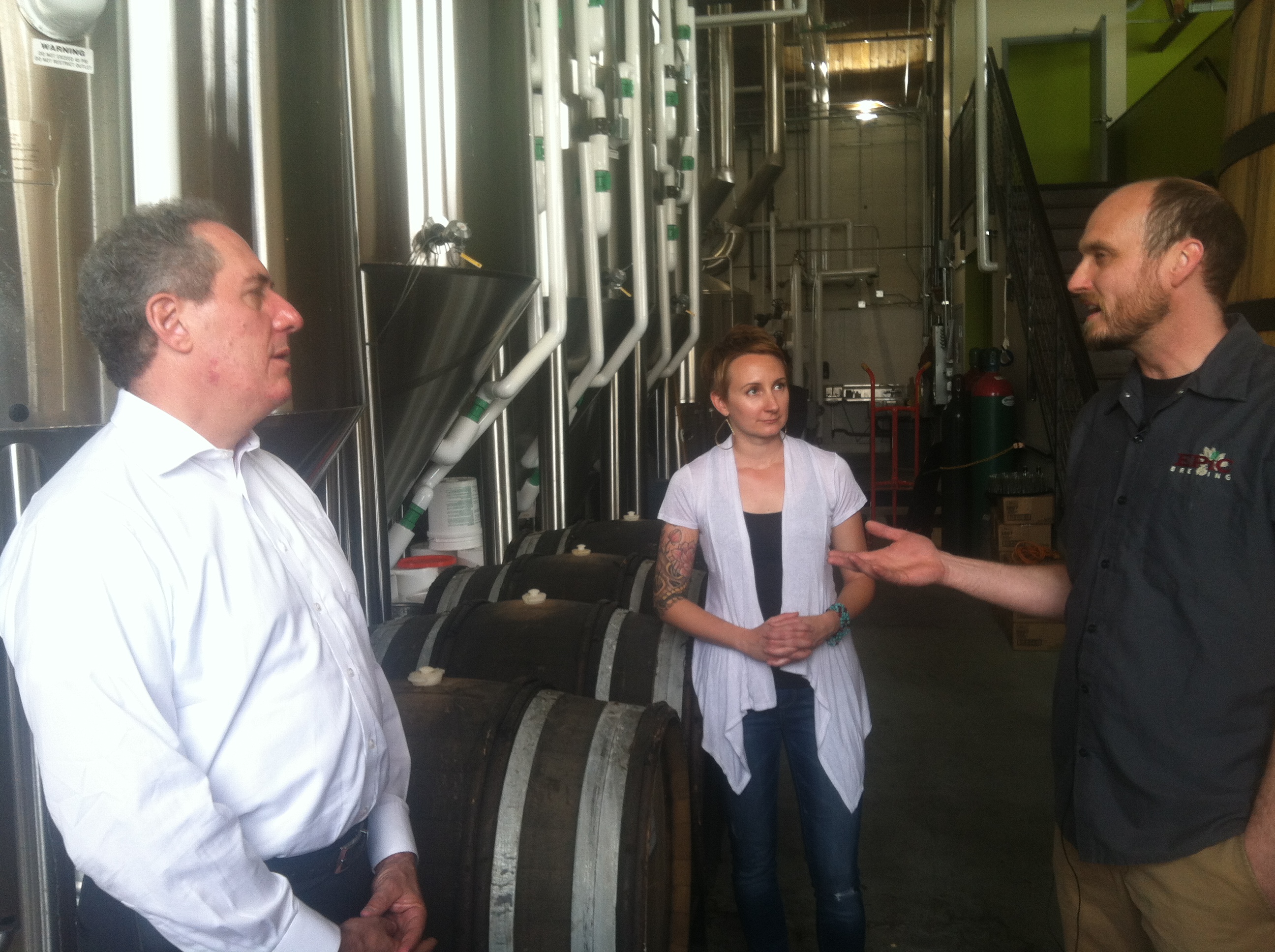 (Photo: Courtesy USTR)Colorado businesses exported $8.7 billion worth of goods in 2013. That’s a gain of more than 40 percent in the last 10 years. It’s a trend likely to continue, according to Gov. John Hickenlooper.

“The future economy is going to be driven more and more by exports,” Hickenlooper said during his recent visit to the Biennial of the Americas issues conference in Mexico.

Colorado’s robust export market -- and the job growth it supports -- is a major reason why U.S. Trade Representative Michael Froman spent Monday in Denver to publicly tout President Obama’s ambitious trade agenda. That agenda includes a little-known and controversial treaty called the Trans-Pacific Partnership, or TPP. According to Froman, the 12 countries included in the TPP -- Japan, Mexico and Vietnam among them -- represent more than a third of the global economy.

Froman is also advocating for passage of a trade agreement with the European Union.

“Taken together, that will put the United States at the center of a free trade area that covers two thirds of the global economy,” Froman told an audience at Denver’s World Trade Center on Monday.

Supporters say passage of the TPP would help American businesses grow. It covers everything from reducing Japanese tariffs on beef imports to tweaking intellectual property laws to cracking down on illegal wildlife trafficking.

Critics on both sides of the aisle, however, find a lot to dislike. Critics on the left claim the TPP doesn’t have strong enough environmental or labor protections, accusations Froman refutes.

U.S. Rep. Jared Polis, D-Colo., finds fault with the treaty’s proposed intellectual property laws, saying they place undue restrictions on copyrights and a “free and open Internet.” Critics on the right are resisting President Obama’s request for fast-track authority, which would eliminate Congress' ability to debate and add amendments to the TPP before a vote.

Colorado’s largest export customers are Canada, Mexico, China, Japan and South Korea. All except China are potential trading partners under the TPP. Among its most exported goods are electronic equipment, beef and other agricultural products; and medical devices.