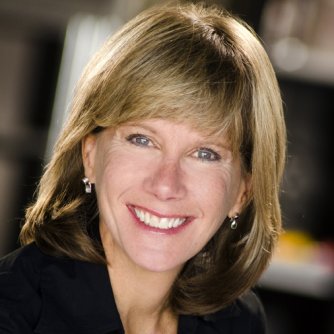 Education:Bachelor’s degree in English, Drew University; Graduate coursework in journalism, University of Texas at Austin; Graduate coursework in social work, Boston College.Professional background:Elaine’s entire career has been in journalism. She spent more than 20 years as a magazine writer and editor. Her work has appeared in a wide range of regional and national publications, including Inc., Fast Company, US News & World Report, Business Week, AARP The Magazine, The Boston Globe and many more. In 2003, she began her public radio career by spending nine months on temporary assignment as a producer for “The Connection,” a live NPR public affairs show produced at WBUR in Boston. She produced live broadcasts on a variety of topics, from the war in Iraq to conversations with arts luminaries such as composer John Williams.In 2008, Elaine accepted the health reporter position at New Hampshire Public Radio, and regularly filled in as host for two different programs:a morning call-in show called “The Exchange,” and the interview program“Word of Mouth.”She joined Colorado Public Radio as the senior producer of "Colorado Matters" in September, 2012. Under her leadership, the program has expanded from half an hour to an hour daily. The show was pre-recorded; it is now produced live every morning.Awards:Elaine has received recognition for her work from several institutions. She earned fellowships from the National Institutes of Health; the Blue Cross Foundation; and the Centers for Disease Control/Association of Health Care Journalists. In 2011, Elaine won the New Hampshire Association of Broadcasters’ Granite Mikes Award of Merit for “Tale of Two Brothers,” a two-part series about two brothers with cancer.Under Elaine's direction, What is Life Worth, a 2012 "Colorado Matters" interview with Kenneth Feinberg, special master to the Aurora Victim Relief Fund,earned a National Headliner Award. It also took home a first place award from Public Radio News Directors Incorporated (PRNDI). Q & AWhy I became a journalist:Becoming a journalist, for me, was inevitable. My father was a newspaper columnist — and later, an ad man who recorded voiceovers from a sound booth in our basement. I started writing stories as a kid, then graduated to my high school newspaper before writing for my college newspaper. But I was always drawn to the stage and spent huge amounts of time acting and producing plays. I first encountered public radio during a long commute more than 20 years ago and was captivated by the ability not just to tell stories, but to put listeners into them by painting scenes with words, sounds and music. It’s that theater-of-the-mind thing that I fell in love with. From my very first moments as an NPR junkie, I wanted to do this work. I consider myself incredibly fortunate now.How I ended up at CPR:I left my health reporting job at New Hampshire Public Radio late in 2011, seduced by a bigger paycheck and a bigger name — I went to work for Harvard School of Public Health. But the day I got there, I knew I had made a mistake — my heart wasn’t just in journalism, it was in public radio, and I had to get back. I started hunting for a job in public radio. Although I had never considered moving west, when this job — senior producer for “Colorado Matters” — appeared on my computer screen, I thought, “They wrote that job description for me.” I wrote a letter to CPR that day, and a few days later received a call. A few months later — after a fateful house-hunting visit to Colorado that sadly coincided with the day of the Aurora shooting — my family and I landed here in Colorado, to a new job for me, and a new and very different life for all of us.