Dylan Bernstein has dreamed of being on the team ever since his first University of Colorado football game as a kid.

But he wasn't dreaming of the football team.

No, Bernstein longed to be a Ralphie Runner.

Years later and now a senior at CU, Bernstein runs alongside the CU Buffs' mascot, a real-life bison named Ralphie.

"It’s definitely everything I thought it was and even more," Bernstein said.

Every CU home game starts with Ralphie, racing down the field at about 20 miles per hour and students sprinting next to her. 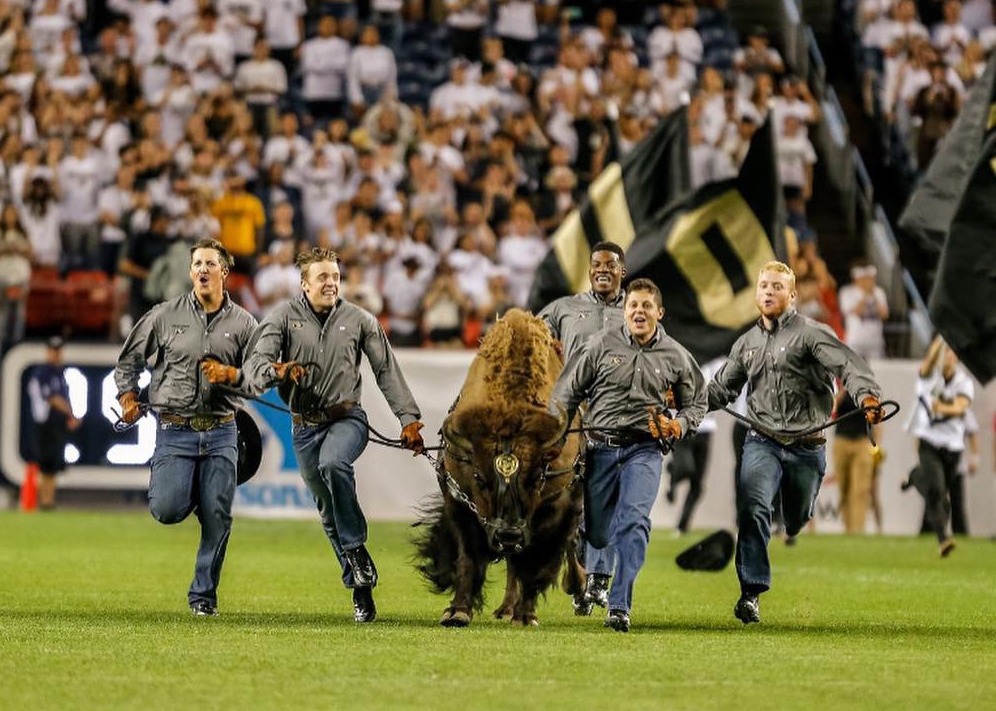 That's right, her: All five Ralphie's in CU history have been female. Male bison can be a foot taller and 1,000 pounds heavier, so the female's smaller size makes Ralphie much easier to control.

The process to earn a spot at Ralphie's side is extensive, as Bernstein discovered. After submitting a written application, there's a physical trial at Folsom Field where would-be Runners race 100-yard sprints against the current handlers.

The top physical applicants move on to an intimidating interview process, where questions range from their academic acumen to their experience with large animals.

If you prove yourself to be a good ambassador for CU, you're on the team. Being a Ralphie Runner isn't just the glory on game day, however. Handlers dedicate 20-30 hours a week practicing and tending to Ralphie. That means feeding her the 25 pounds of grass hay she requires daily and, of course, cleaning up bison poop.

Ralphie lives the life of a celebrity. She has private vets, gets visits from her runners everyday, a companion buffalo and multiple pastures to rotate through and graze on. Her ranch's location is kept top secret for her safety.

Working with bison, even ones who lead a posh lifestyle is inherently risky, Bernstein said. Luckily, the Runners train for every possible scenario, and always follow Ralphie's lead.

"What we’re really doing on every run is reading her speed, how deep she wants to go, it’s really up to her," Bernstein said.

The Buffs will have Ralphie by their side before the team plays their 500th game at Folsom Field on Saturday.

Ralphie can tell when it's game day, and gets even more excited when she hears the crowd, Bernstein said. Every run ends at Ralphie's trailer, and she knows to head in and cool down.

Bernstein's first run was a homecoming game, and it's still his favorite. The stadium was the fullest he'd ever seen it.

"The whole run was just kind of a blur, I had so much adrenaline going," he said.

Bernstein graduates in spring 2019, and he said he'll definitely miss Ralphie, and the rare experience of being a Ralphie Runner.

"I just don't really know how many people can say they’ve run with a buffalo before," Bernstein said.