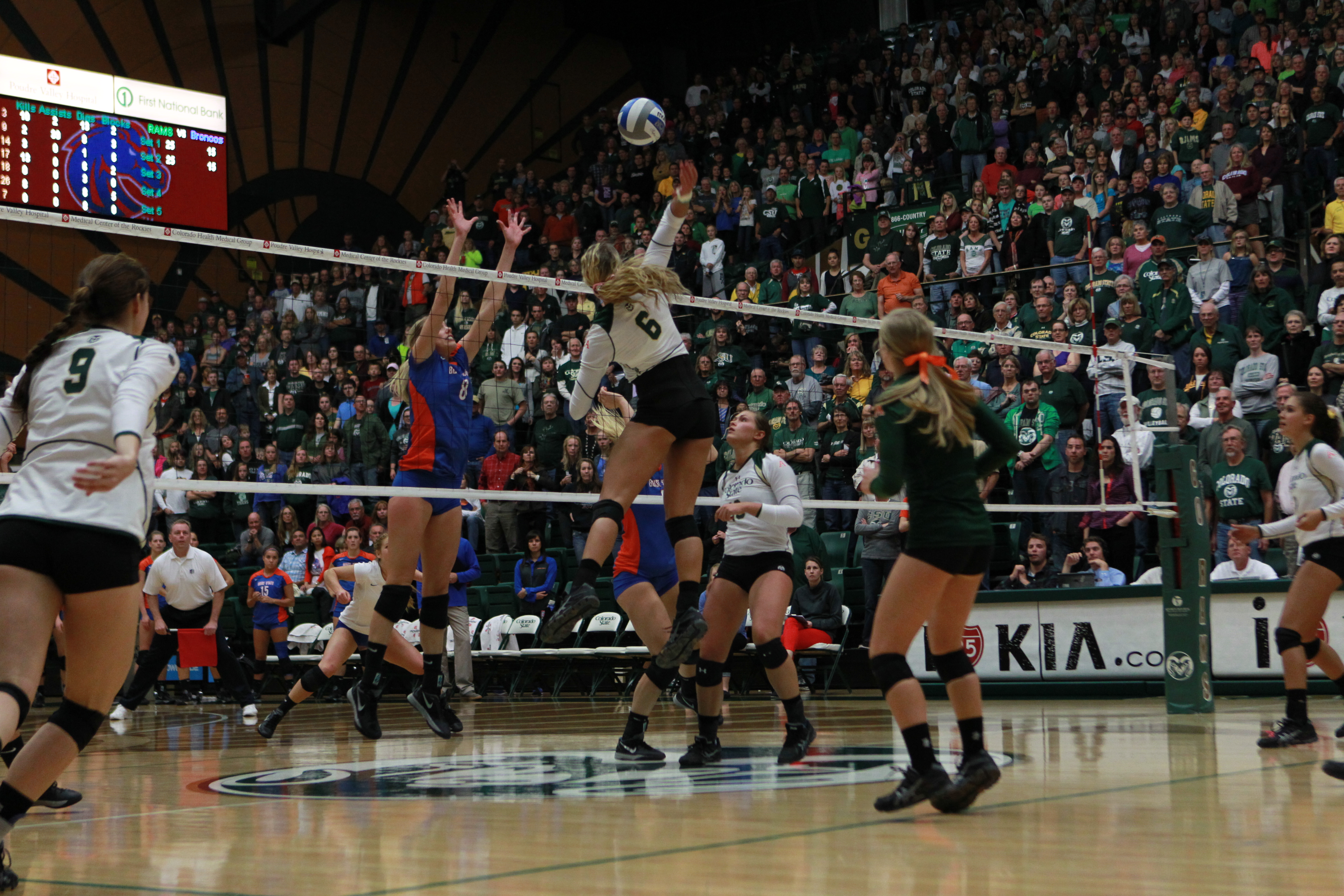 But those might not be the team’s -- or Hilbert’s -- biggest accomplishments.

Football and basketball dominate collegiate sports in most places, but at CSU, women’s volleyball has established itself as one of the school’s most-talked-about programs.

Hilbert says he's invited to all the same meetings and fundraisers as the football and basketball coaches but also says they've got a ways to go before women's volleyball gets the recognition it deserves.

“It’s [volleyball] mostly played by women-- and I think that that sometimes affects people who might be interested in being a sponsor, or a sportswear provider," Hilbert says.  "If men don’t play it, they don’t always think it’s legitimate.”

Colorado Matters host Ryan Warner speaks with Hilbert and one of his players, senior Samantha Peters, a blocker on the team who’s originally from Englewood.

This is part of our regular sports segment on Colorado Matters.

We Want To Hear From You

On Thursday, June 4, Colorado Matters will be a statewide listening session about this tumultuous time. Whether you’re on the front lines or watching from home, we want to hear what you’re going through. Please leave us a voicemail at 303-871-9191 ext. 480.

Colorado has the nation’s 5th highest rate for fatal law enforcement shootings. CPR News created and analyzed a database of information from every shooting in which a suspect was injured or killed in the past six years.