Skip to Content
Need help?
Donate
'Snow Falling on Cedars'
Friday, Dec. 13 - Sunday, Dec. 15
Vintage Theatre, Aurora
Denver actor Dale Li is Chinese American, but he understands how it feels to be Japanese American. He’s currently performing the role of Kabuo Miyamoto in the Vintage Theatre’s production of “Snow Falling on Cedars,” which closes this weekend. Earlier this year, he played Seiji, the narrator of “Dust Storm.” 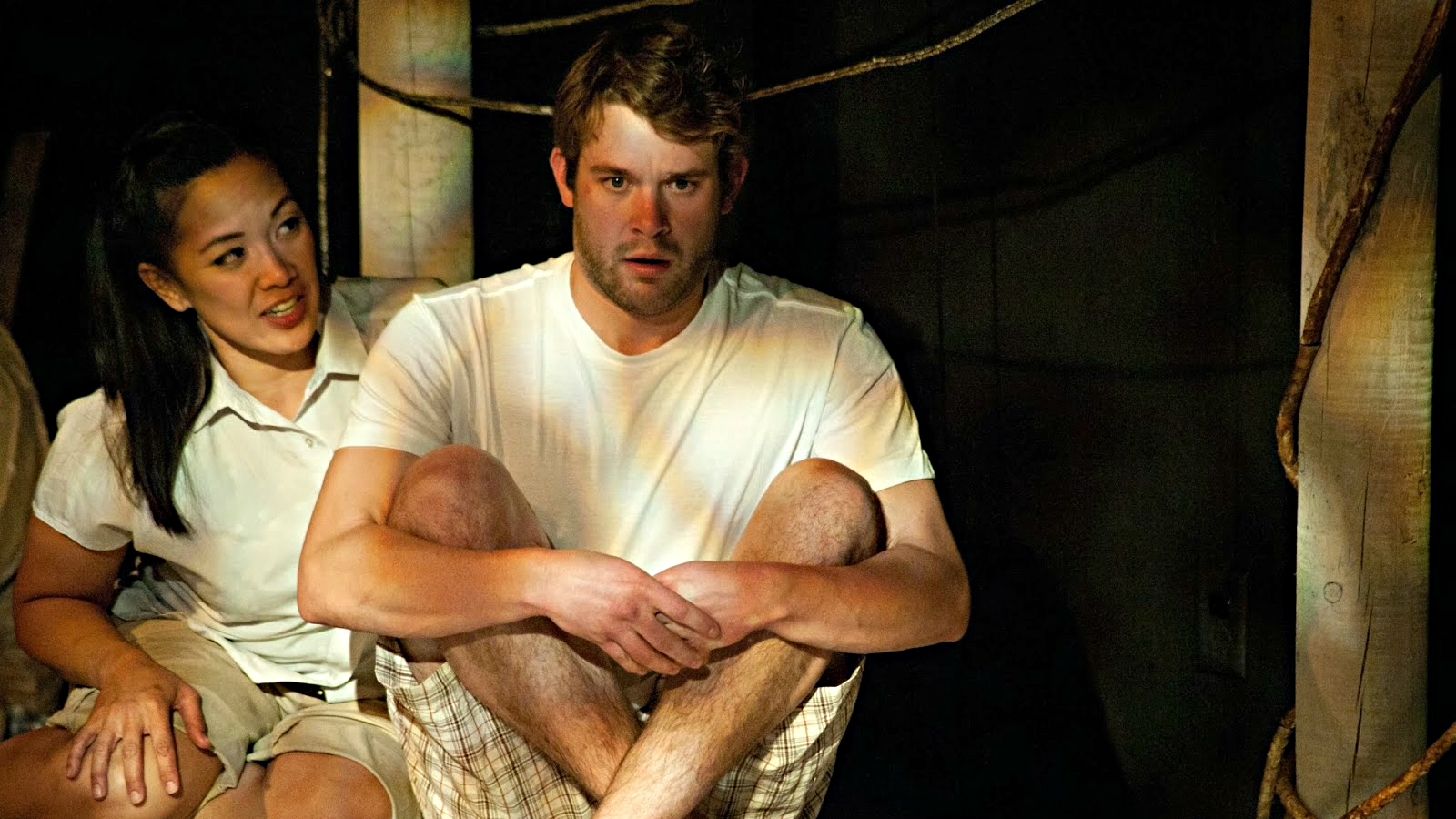 (Photo: Courtesy of Vintage Theatre)Both characters are imprisoned in American concentration camps during World War II, and both are angry, though Kabuo seethes privately after being accused of murder, while Seiji acts out violently.
“The privilege of playing Seiji in ‘Dust Storm’ really gave me a full and human picture of the perspective of life being Japanese American during that time,” Li says. “So although Kabuo is so stoic in ‘Snow,’ I could infuse those moments where we get to see his point of view as cracks in his armor with more honesty.”
“Snow Falling on Cedars” is a powerful story about the scars left on a community by the wartime internment of Japanese Americans. David Guterson's 1994 novel earned the author a PEN/Faulkner Award for Fiction, and was made into a hit feature film in 1999. It was adapted for the stage in 2007. The Vintage Theatre’s production is directed by Sam Wood.
In addition to Li, it features Ben Cowhick as Ishmael Chambers, a white journalist in a small Pacific Northwest community, and Arlene Rapal as Hatsue Imada Miyamoto, the Japanese American woman that Chambers has loved since childhood.
The couple is separated by the internment of Japanese Americans during Wortld War II, when Hatsue marries Li’s character. The story is a courtroom drama with Miyamoto charged with the death of a white fishermen over land that was taken from Miyamoto's family when they were imprisoned at Manzanar concentration camp.
The production reflects the Vintage Theatre's commitment to the Denver area's Asian community.
"Vintage Theatre is dedicated to producing at least one play or musical annually that reaches out to the Asian community of actors to participate in and have a voice," says Craig Bond, the theater's Executive Artistic Producer.
When the Vintage Theatre moved to its current location at 1468 Dayton in Aurora, the first production in the new space was “Joy Luck Club,” the adaptation of Amy Tan's bestseller about Chinese family histories. Vintage has also hosted the new local Asian American theater troupe Theatre Esprit Asia this season, although that troupe is moving to the nearby Aurora Fox Theatre for 2014.
Gil Asakawa is a journalist, author and blogger (www.nikkeiview.com) who is active in Denver's Asian community. He received the "Voice" award from the Asian American Journalists Association at the 2013 V3 conference.