Sounds like a fairy tale, but it’s true. The NBC Opera Theatre commissioned and produced opera productions for its parent company between 1949 and 1964, the golden age of television. Their first commission was from Gian Carlo Menotti. His deadline was Christmas 1951. After a year of little progress, “I found myself in serious difficulty,” Menotti later recounted.  “I simply didn't have one idea in my head.”

One November afternoon as I was walking rather gloomily through the rooms of the Metropolitan Museum, I chanced to stop in front of the Adoration of the Kings by Hieronymus Bosch, and as I was looking at it, suddenly I heard again, coming from the distant blue hills, the weird song of the Three Kings. I then realized they had come back to me and had brought me a gift. 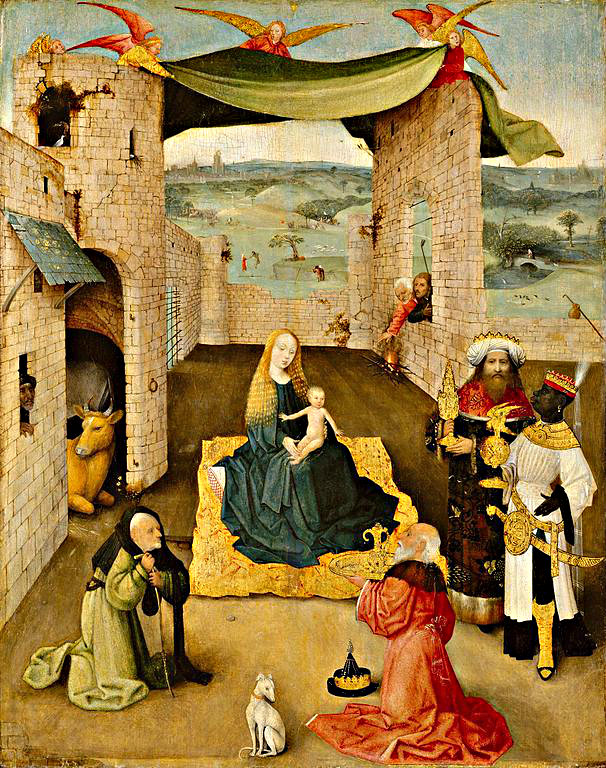 Now 500 years old, the painting that inspired Menotti reminded him of his youth in Italy, where it wasn’t Santa Claus who brought Christmas gifts to children, it was the Three Kings—the biblical Magi bearing gold, frankincense and myrrh in the Book of Matthew.

Christmas was coming, and Menotti quickly got to work, composing the music and writing the libretto for an opera in one act, telling the story of a shepherd boy and his mother who are visited one night by three kings bearing splendid gifts for a newborn child in Bethlehem. With orchestration help from Samuel Barber, and some very last minute rehearsing, Menotti’s Amahl and the Night Visitors premiered coast-to-coast on NBC, for an estimated audience of 5 million.

This year, Opera Fort Collins is staging Amahl. If you can’t make it there, listen to CPR Classical at 8 p.m. this Saturday for a performance by the original cast of the NBC telecast.