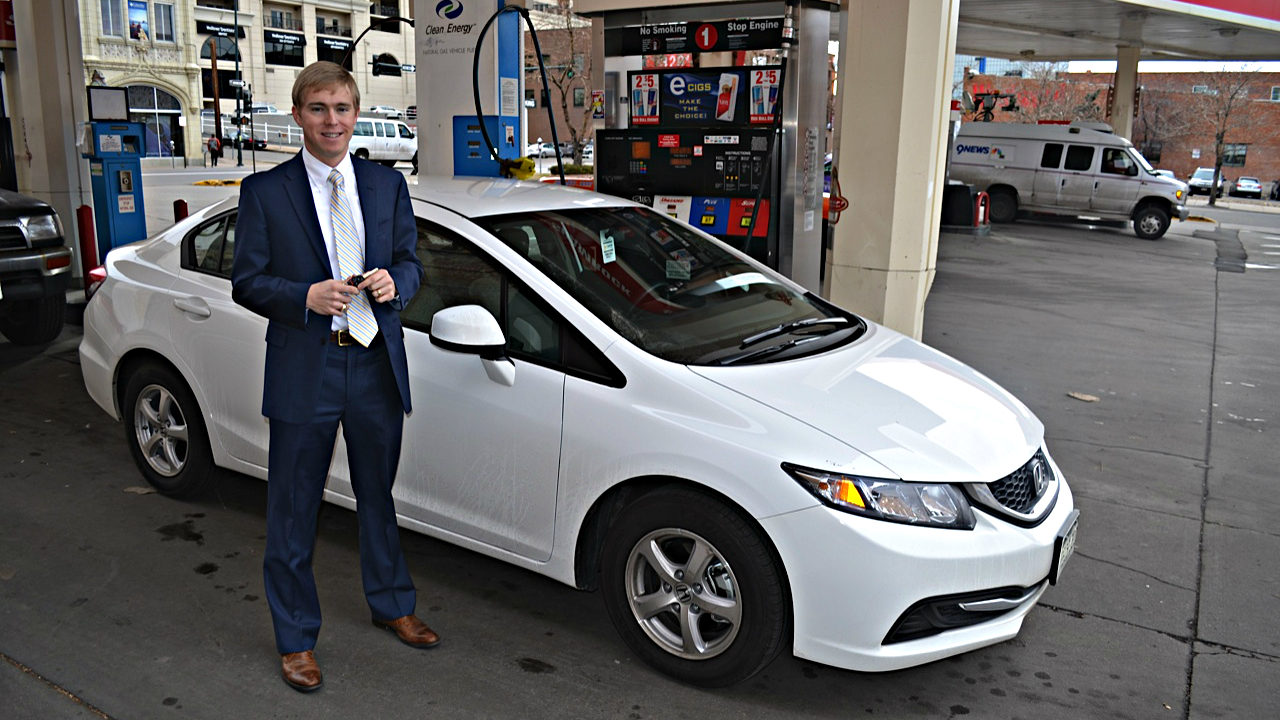 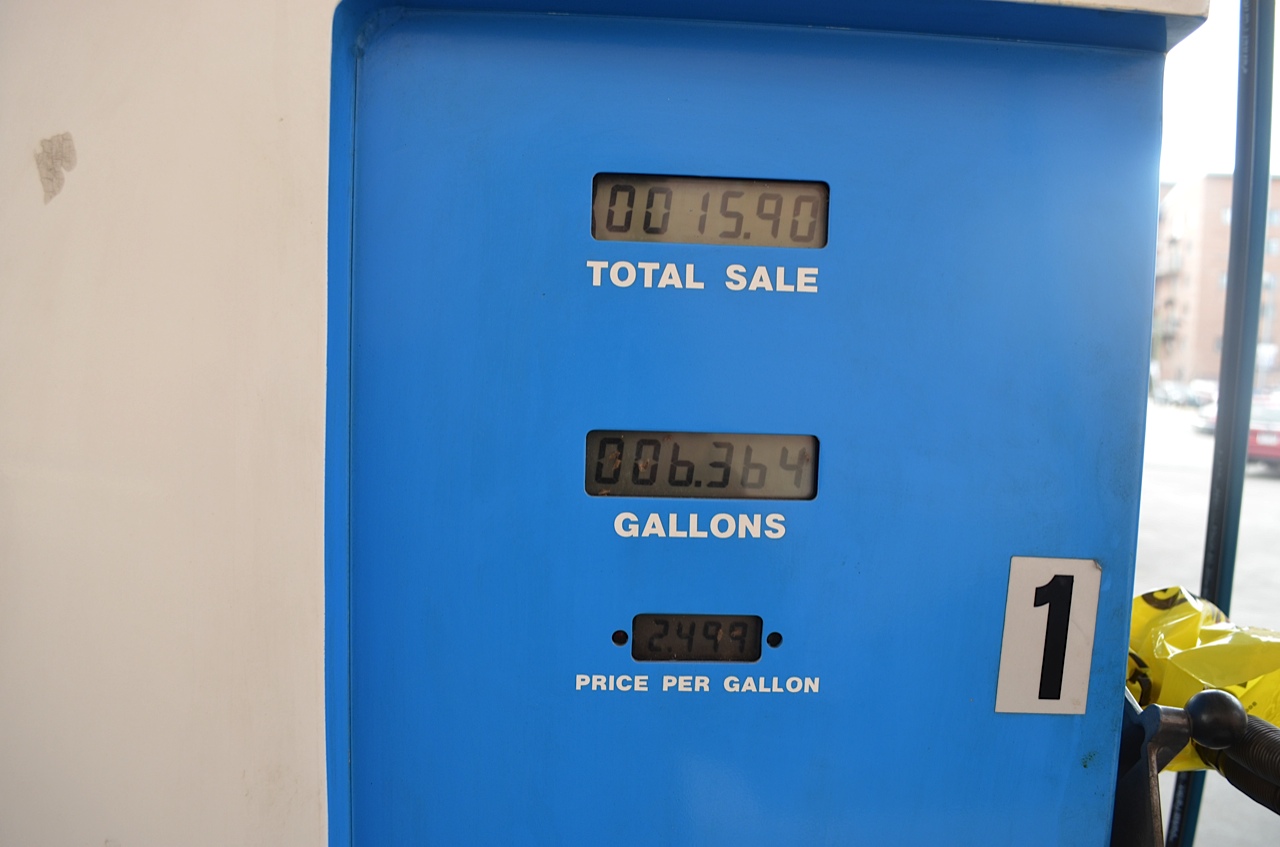 (Photo: CPR/Pat Mack)&lt;p&gt;The price of natural gas is usually a $1 or so cheaper at the pump than conventional gas.&lt;/p&gt; 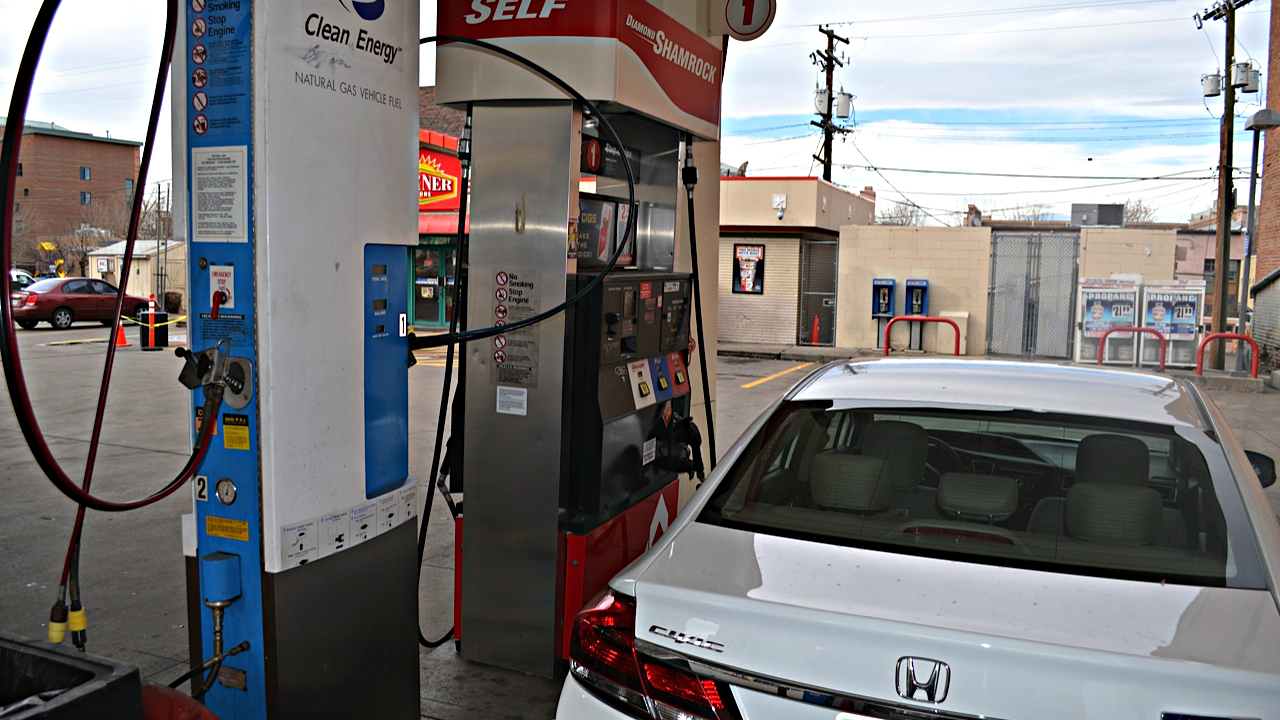 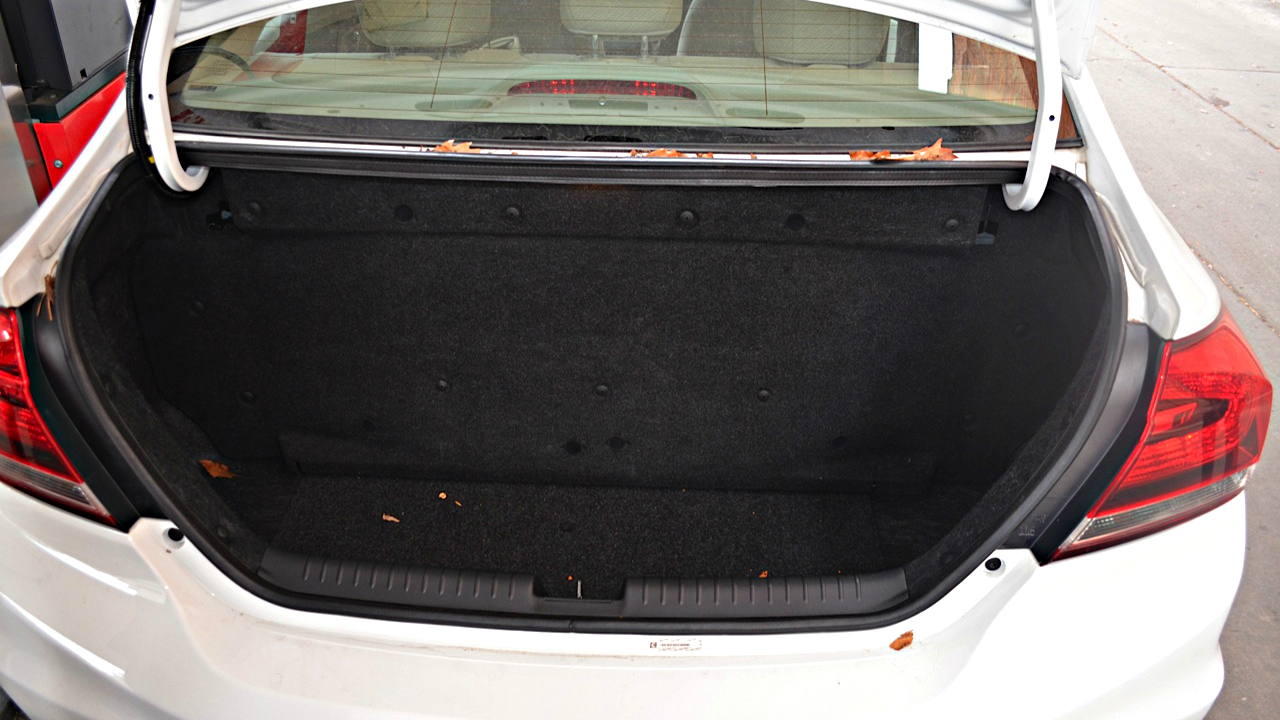 (Photo: CPR/Pat Mack)&lt;p&gt;The trunk of a natural gas vehicle has less space because the gas tank is larger than conventional gas tanks.&lt;/p&gt; 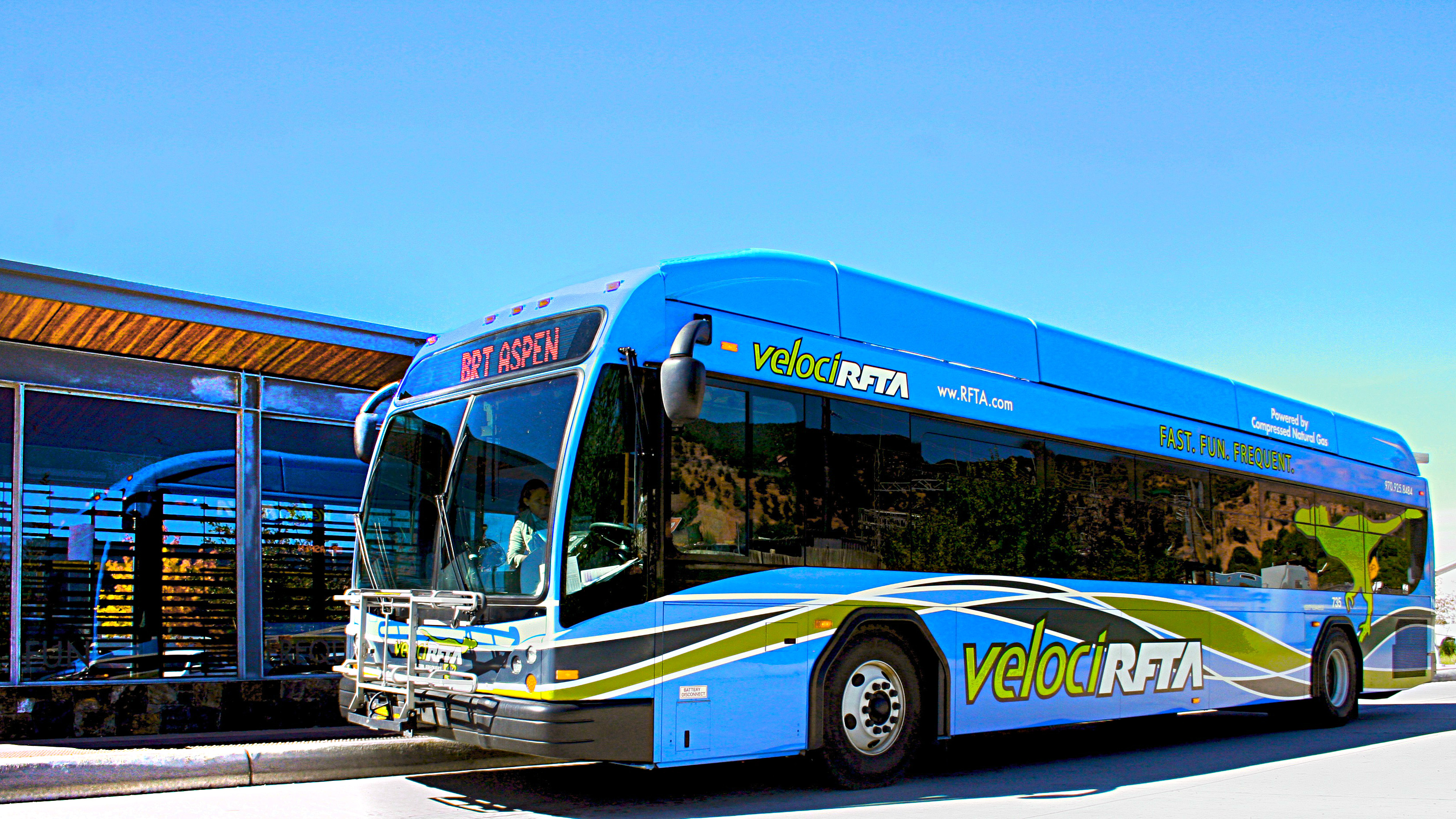 Hunt was standing in front of a fuel pump devoted to natural gas at the Diamond Shamrock fuel station at 10th and Broadway in Denver. The fuel generally runs about a dollar cheaper than gasoline. On this day, a gallon costs $2.49.

State officials hope that attractively low price will lead more consumers to embrace the vehicles. That could provide a boost for the homegrown fuel.

Hunt says the natural gas vehicles are as safe as gasoline or diesel models.

"It’s natural gas just like it comes out if you have a gas stove at home. It's the same exact thing coming out of the same lines," Hunt said. "The only difference is it’s going to be much higher pressure. That’s how you get it into a tank to go 200, 300 or 400 miles."

The one big difference is that this Civic costs thousands more than a conventional one. So to save money on fuel, you need a bigger initial investment.

But that price difference is narrowing in part because of the work of Colorado Gov. John Hickenlooper and Oklahoma Gov. Mary Fallin. Two years ago, they convinced the governors of 14 other states to join with them to buy compressed natural gas vehicles for their state fleets.

"One of the problems with natural gas vehicles a few years ago is weren’t seeing a lot of sedans and pickup trucks on the road from the automakers," Hunt said. "We said, ‘Look we can provide the demand and that will give the automakers assurance they need to make more vehicles.’ So they’re coming out with new models and even more importantly they’re dropping the prices because they’re able to mass manufacture them.

The state also is working to overcome another obstacle to getting more consumers to buy natural gas vehicles: the lack of fueling stations. A recent $30 million federal grant will help add pumps on major state roads beyond the 18 now in the Denver metro area.

But Jon Caldara, with the Independence Institute, says federal and state money shouldn’t be used to create a market.

"If natural gas vehicles are a viable form of transportation the marketplace is going to provide more and more of those services," Caldara said. "And I’ve seen those, and that’s terrific. But the government shouldn’t be playing winners and losers in any marketplace."

Hunt counters that a government jump-start was necessary to overcome the chicken and egg quandary. No one will buy a natural gas vehicle without enough fuel stations, he argues, and no gas station owners will add those  pumps without enough vehicles. Hunt believes market forces will take over after basic infrastructure is in place because of the lower price per gallon for natural gas.

"That’s the benefit of natural gas. You’re saving money," Hunt said. "In the end, the economics speak for themself."

It’s good for the state’s economy as well. A robust natural gas vehicle market would help prop up falling prices for the homegrown fuel.

"That’s the main driving force," said Chris Knittel, director of MIT's Center for Energy and Environmental Policy Research. "We’ve seen this large decline in natural gas relative to other fossil fuels, and markets are trying to think of other ways to use that natural gas."

Knittel added another economic gain is that natural gas prices are more stable than gas from oil. "We’ve seen a number of recessions that have immediately followed some sort of price increase in oil markets," he said.

But Blankenship said the thing that jumps out at people who encounter the new buses is how much quieter they are than the diesel ones.

"It is a noticeable difference," Blankenship said. "We’ve had people who live along bus routes who typically gives us complaints about the noise comment to us they wish we could convert all of our busses to natural gas."

For the natural gas vehicle market to really take off many more consumers will need to make that conversion as well. Currently, of the 4.5 million vehicles registered in the state, only 1,050 are powered by natural gas.