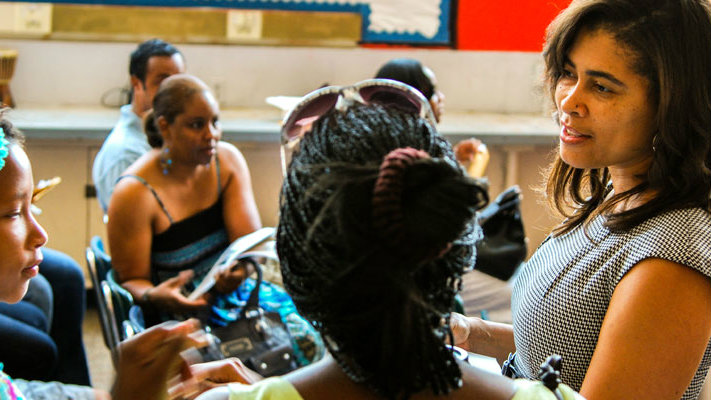 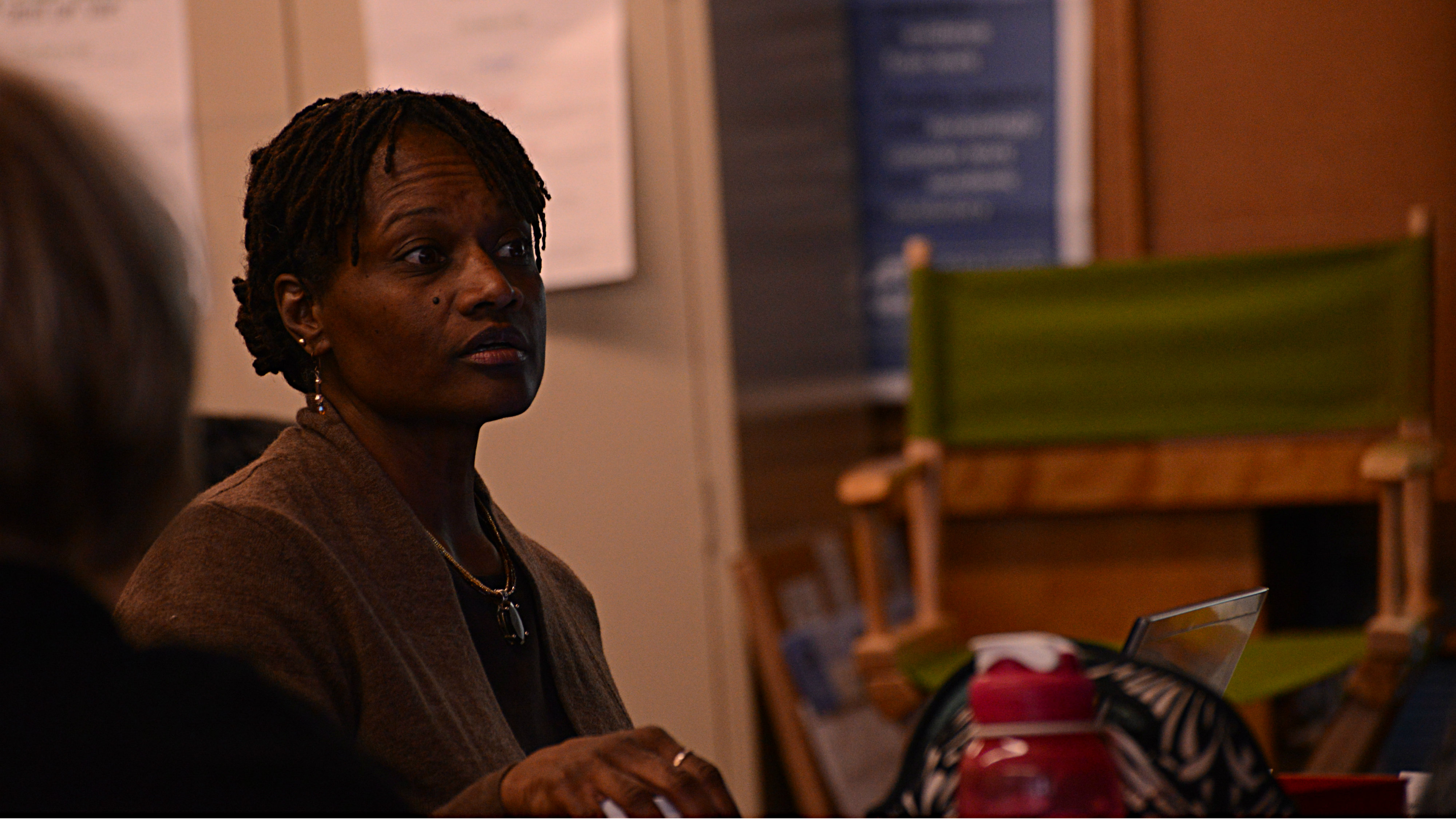 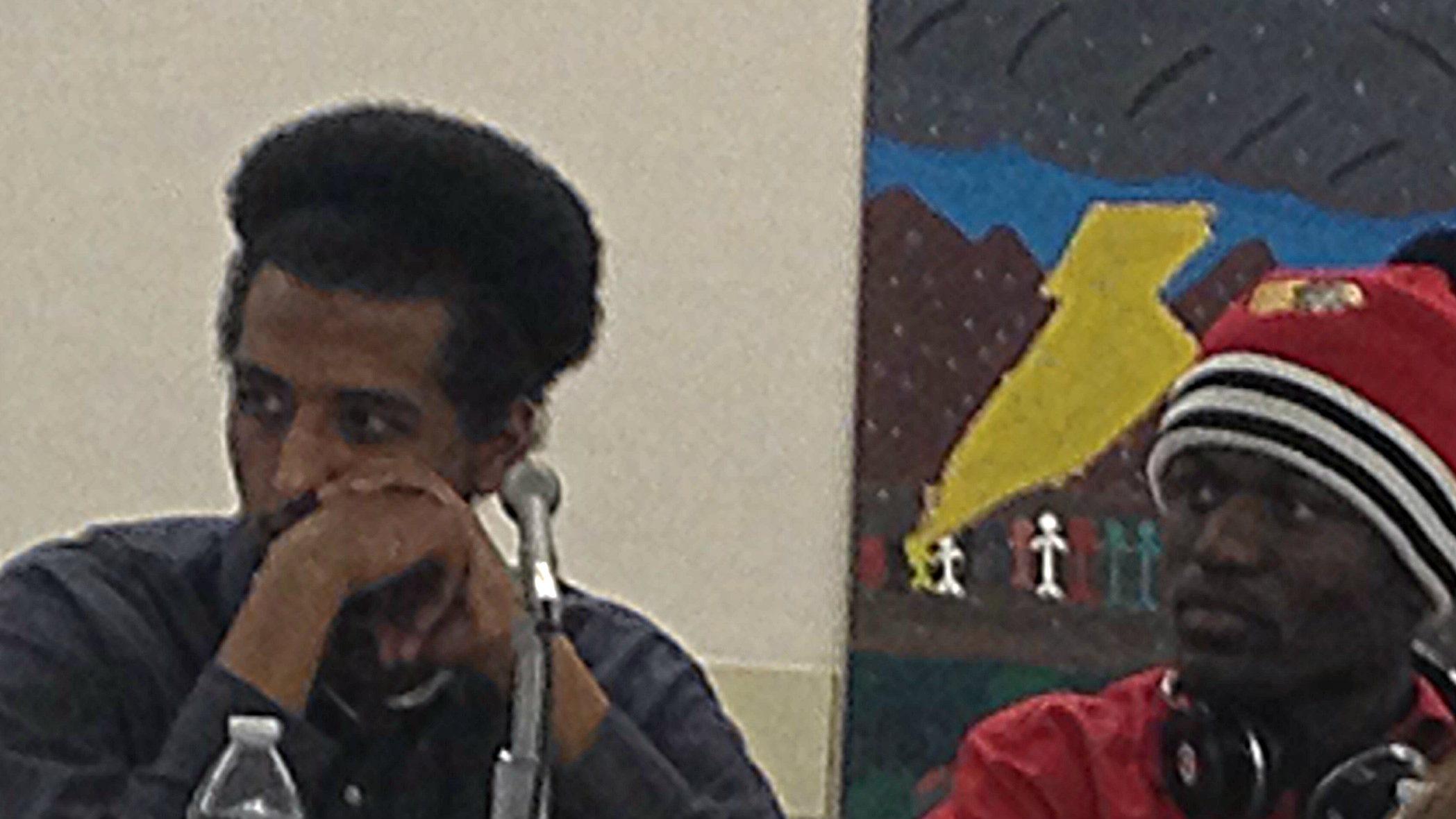 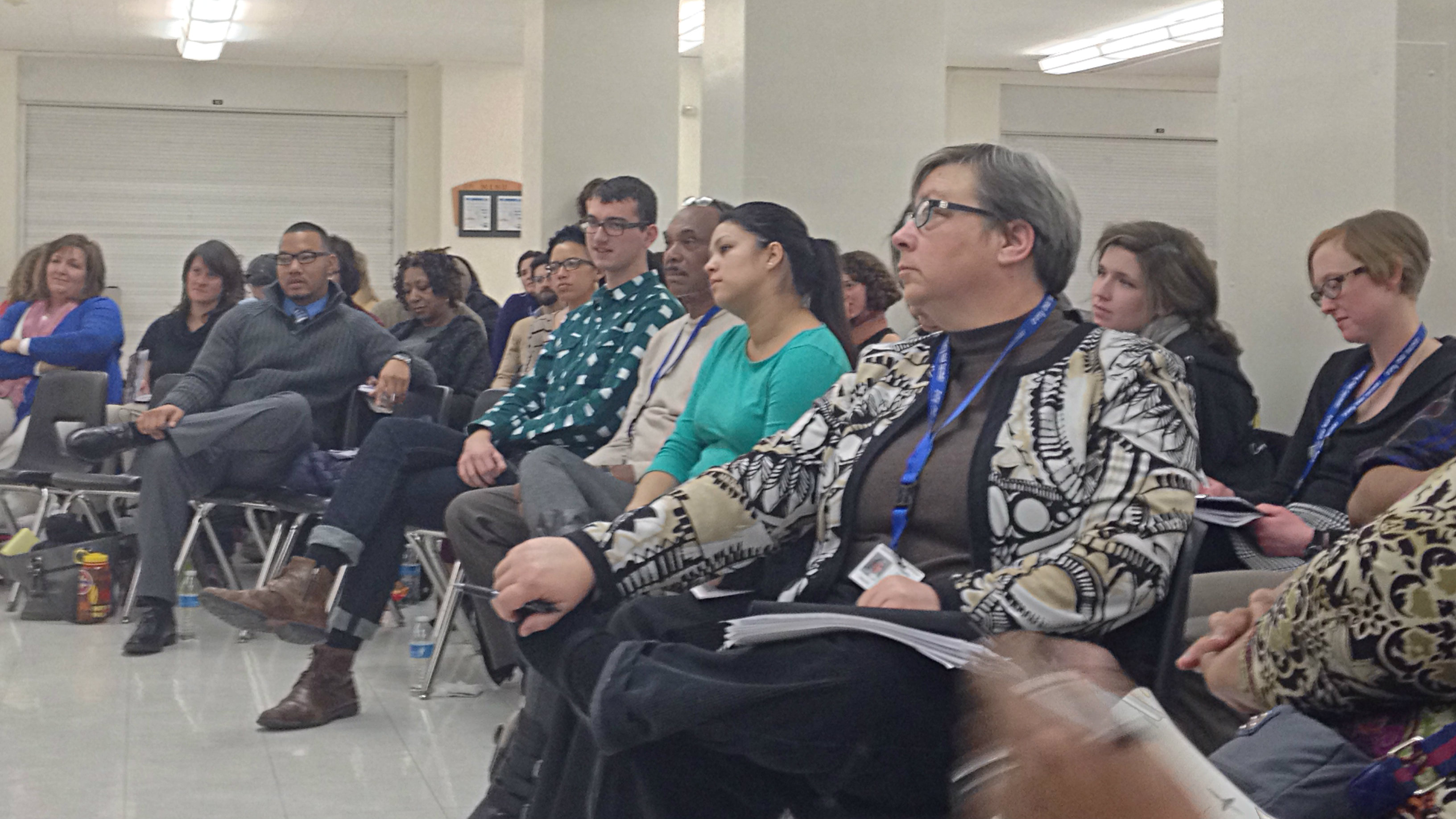 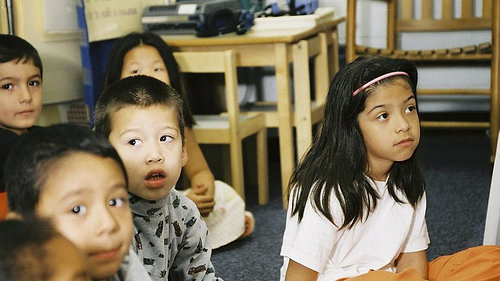 (Photo: Courtesy of the U.S. Dept. of Education) 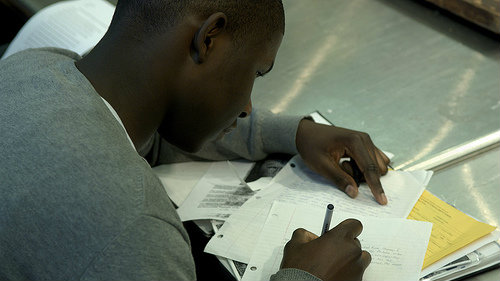 (Photo: Courtesy of the U.S. Dept. of Education)&lt;p&gt;Researchers say some teachers may even subconsciously believe minority students are not capable of doing challenging work so they don&rsquo;t push them.&nbsp;&lt;/p&gt; 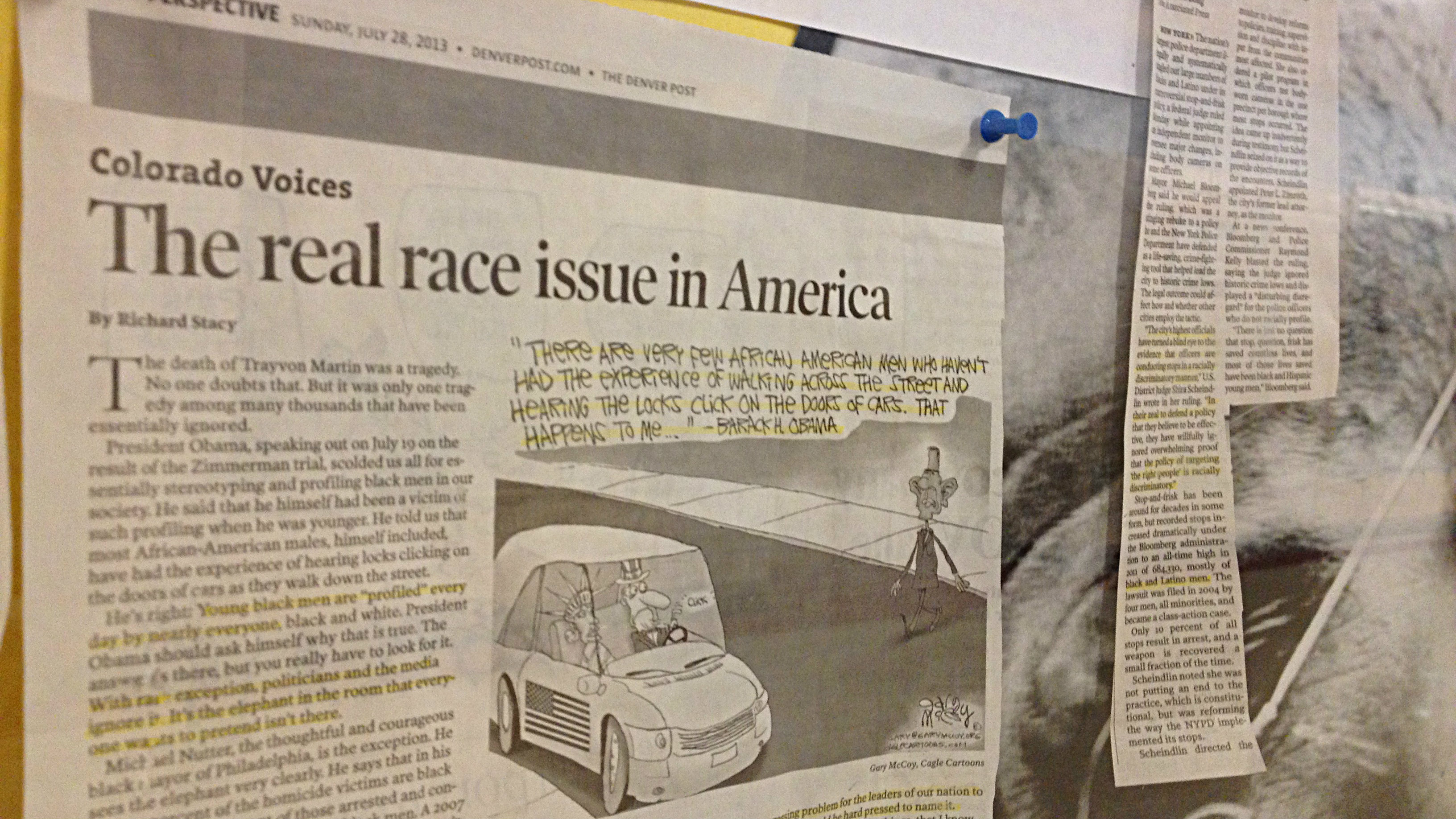 (Photo: CPR/Jenny Brundin)&lt;p&gt;Some classrooms make a concerted effort to talk about the achievement gap between white students and minority students.&lt;/p&gt; 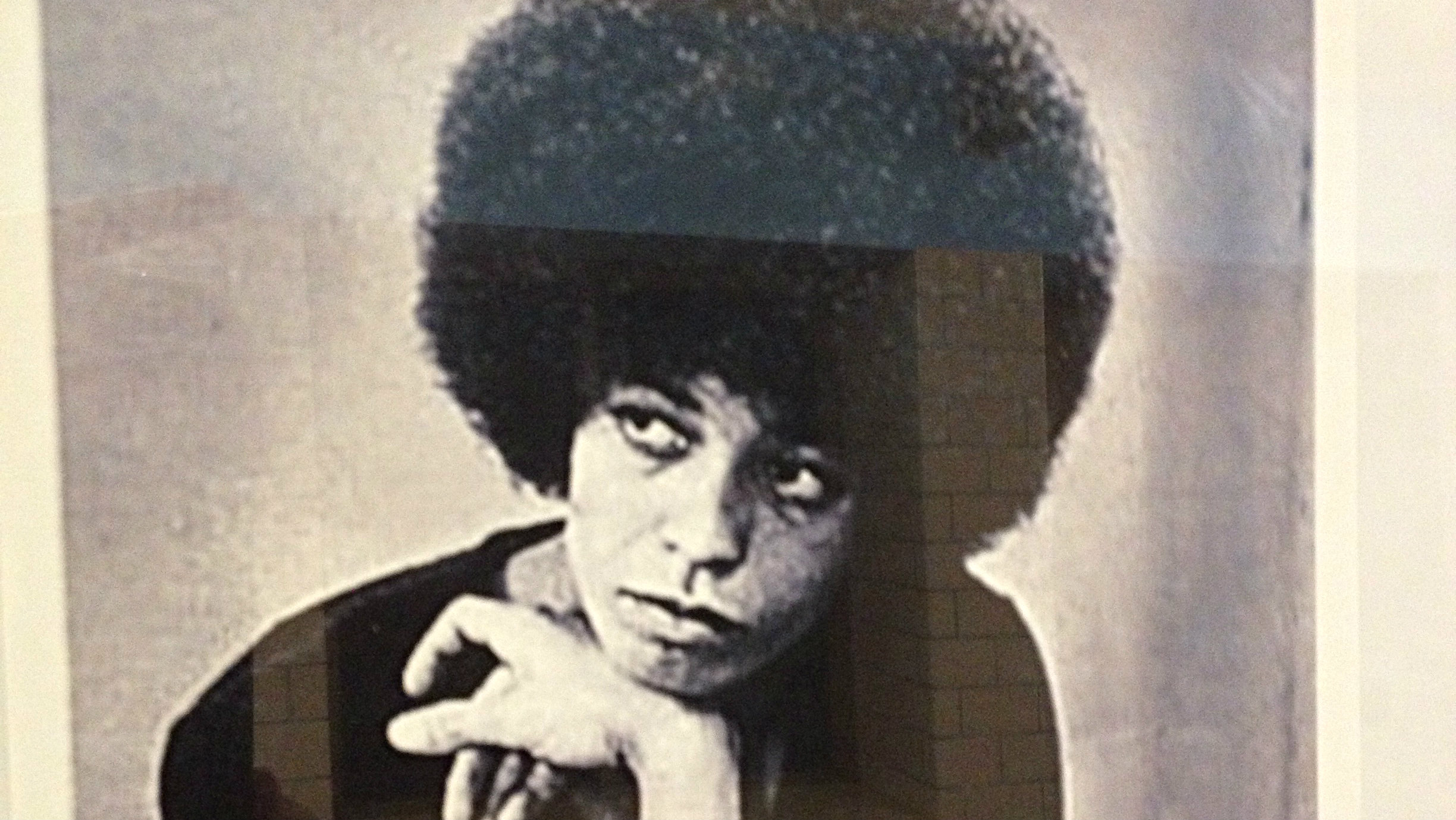 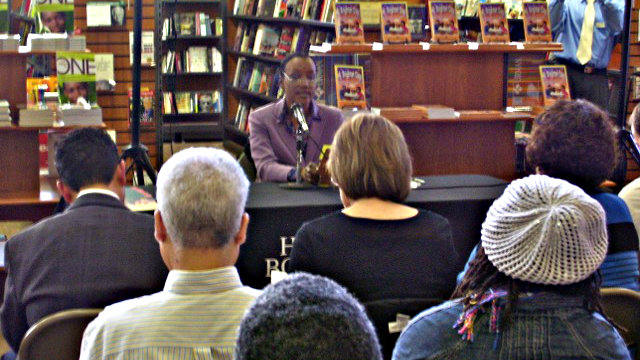 (Photo: Courtesy of Gail Thompson)&lt;p&gt;Dr. Gail Thompson, a professor of education at Fayetteville State University, has written a number of books on navigating cultural differences, such as Through Ebony Eyes: What Teachers Need to Know But Are Afraid to Ask About African American Students.&lt;/p&gt;

A huge majority of black and Latino students in Colorado rarely have a teacher who looks like them: 88 percent of the state’s teachers are white while 45 percent of students are students of color.

A culture gap can develop in some classrooms where a white teacher has a majority of students of color.

Amy Berberich, who is white, would not have believed that could happen in her classroom.  She started out teaching high school English in Aurora, and her goal from day one was to be colorblind, treating every kid the same way.

Berberich remembers sitting in a teacher training and talk turned to how sometimes black and Latino students aren’t being held to the same standards as white students.

“I had the same reaction that I think a lot of the new teachers had,” Berberich recalls. “This isn’t my classroom. I don’t see kids that way. I don’t notice color.”

About a week later, Berberich was back in the classroom when she had an "aha!" moment.  She wasn’t colorblind after all.

Berberich was letting her black or Latino students use incomplete sentences or slang and without correcting them. She expected better of her white students though, asking often for the students to correct mistakes.

“It was one of those things that initially was sort of horrifying because it’s not anything I expected of myself, it’s not the way that I believed myself to be, which I think is one of the scary parts of doing equity work,” she says.

It is a problem researchers say hits many classrooms.

Experts cite examples of the teacher who calls police when an African-American second grader is kicking a chair or who disciplines only black students for talking when the whole class is doing it. They say it is widespread even though teachers may be doing it unconsciously.

Denver Public Schools director of Culturally Responsive Education Darlene Sampson says teachers can ask themselves a set of questions to help determine whether they are treating minority students differently.

“Do I call on you?” Sampson asks. “Do I have physical proximity to you? How do I feel about you in terms of your skills and abilities? Am I connected to you? Do I advocate for you early on to think about you going to college? Do I have a great relationship with your parents? The engagement issues can have very significant consequences for students so that they also disengage and it becomes a very insidious cycle.”

Teachers may even subconsciously believe minority students are not capable of doing challenging work so they don’t push them.

Evidence shows that students of color are keenly aware of these differences.

“I haven’t been pushed that hard," George Washington High School 12th-grader Rustin Locke says. "I don’t know if it’s because . . . ‘Cause I'm black or if it's just that they [teachers] have other things to think about."

Locke says the four teachers of color he’s had tended to push him harder.

“Like they know that you’re better, they just won’t let you sell yourself short,” Locke says.

Kids also tend to internalize negative stereotypes they perceive from their teachers.

Former English teacher Marne Gulley, who now trains fellow teachers on how to better engage with their students of color, says she’s seen when a teacher introduces a difficult novel, kids automatically say that they know they can’t read it because they are not smart.

Aubrey Valencia, who used to be a substitute teacher, worked in many of Denver’s schools. She routinely saw higher expectations in schools with high populations of white students.

Valencia remembers being at one school with mostly minority, mostly poor students where teachers would often allude to the students being exposed to gangs, drugs and violence as if to set expectations.

“You can’t expect very much from these kids,” Valencia says of the teacher’s comments. “And it’s so difficult to work with them in the classroom.  Just, negative, negative, negative  -- and I’ve seen that so many times that it’s painful.”

Researchers say that changing this dynamic is crucial if schools want to give every student the same chance as it affects the level of trust, engagement, effort and success in the classroom.

The solutions are complex. For starters, teachers need to be made aware of something they may prefer not to see in themselves.

Gail Thompson calls it the “mindset” work and she has written a number of books on navigating cultural differences in the classroom.

“Teachers go to workshops to collect strategies and then they become frustrated because those strategies are not having the effect on African American student learning that they’d like,” Thompson says. “But they don’t realize it, if they have not done the mindset work, if they haven’t dealt with their negative, detrimental beliefs concerning African-American students then the strategies are not going to work, because students can infer how teachers really feel about them no matter what teachers say.”

Thompson has developed exercises teachers can do in the privacy of their own homes if they like to uncover any beliefs and attitudes they might have that get in the way of progress with students of color and their parents.

Berberich says teachers learn it’s important to stay in conversations about race even if you’re uncomfortable and she says she had to learn not to take students reactions to her personally.

“As soon as they walk in and see that you’re white, you definitely have a reaction,” Berberich says. “And I think that’s the part that I think a lot of teachers have trouble separating is that the student is never reacting to you personally. It’s not about me. It’s about my skin color and it’s about society at large.”

When Berberich went through training herself, it changed how she teaches.

For example, she made a concerted effort to introduce students to authors of color year round not just during Black History Month and expanded the authors students read.

“Malcolm X has that anger and that social strife that a lot of our kids are going through right now,” Berberich says. “And I think it’s important to acknowledge that the students feel those emotions about their race in society.”

She says some teachers avoid talking about race mistakenly thinking it drives a wedge between them and their students.

All the research, however, says the opposite so Berberich talks and listens to kids about race.

“The kids need you to name it,” Berberich says. “They need you to talk about race because they’re living with their race and they’re experiencing it every day, they’re going home with their race, the society at large is reacting to their race, and they don’t need teachers to pretend that it’s not real.”

Being open to talking about what’s on kids’ minds and recognizing that each student has different needs are tenets of culturally responsive teaching.

In the next story in the series “Why Race Matters in the Classroom,” CPR goes into the classroom of one teacher who demonstrates effective ways to reach students of color.