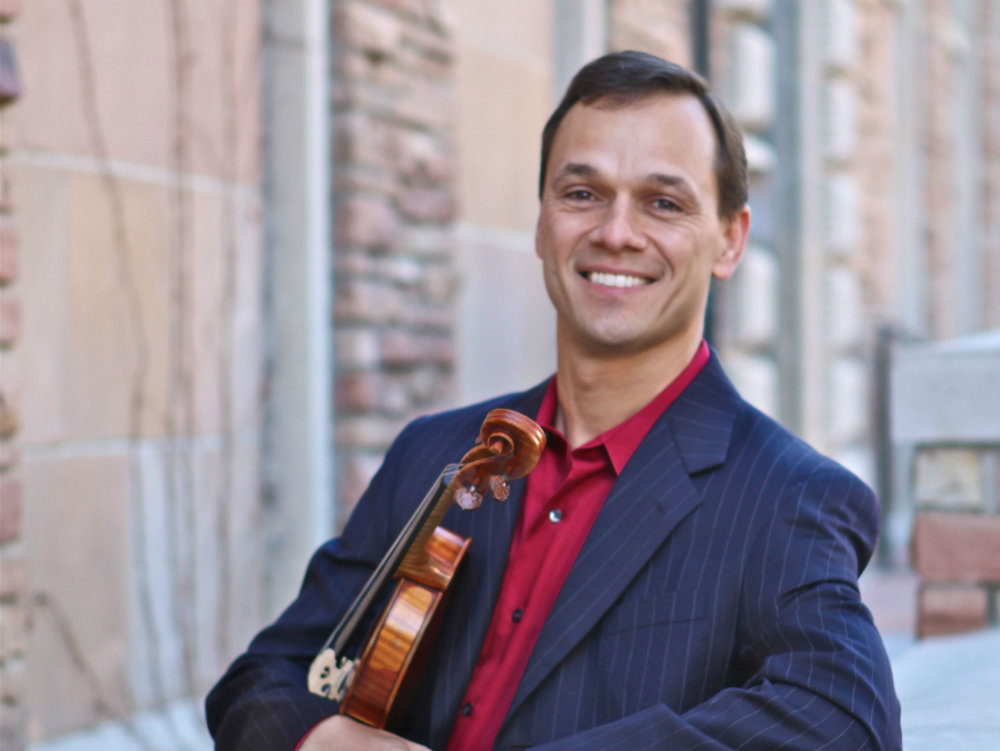 Wetherbee teaches violin at the University of Colorado’s College of Music, serves as the artistic director of the Dercum Center for Arts and Humanities in Keystone, and previously was concertmaster for the Columbus Symphony in Ohio for 16 years.

“The combination of artistry and ensemble expertise that he brings will have an enormous and positive impact on the Boulder Phil's performance quality,” Music Director Michael Butterman said in a statement.

Wetherbee’s prowess on the violin shows on his recordings, both as a soloist and as a member of the eclectic Carpe Diem String Quartet. The group drew praise from a Washington Post critic for being the rare string quartet that’s equally comfortable with classical music, bluegrass or jazz:

I had never heard a performance by one of these multilingual quartets where the classical repertoire was delivered at a level that was competitive with the finest traditional groups. But the Carpe Diem Quartet, appearing at the Dumbarton Church, was extraordinary.

Here’s a sampler of Wetherbee’s discography, including his work as a concert soloist and as a member of the Carpe Diem String Quartet. (You’ll need a Spotify account, which is free for Facebook members.)