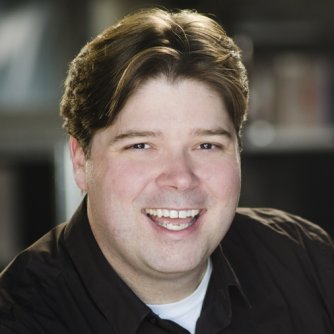 Brad Turner is executive producer of CPR’s Audio Innovations Studio. The department specializes in podcasting and other creative audio projects.

Brad has worked on numerous podcasts at Colorado Public Radio. Highlights include serving as senior producer for On Something, a podcast developed in collaboration with PRX about life in the U.S. after cannabis legalization. He also helped create Back from Broken, an interview podcast about recovery and comeback stories. And he launched and hosted Centennial Sounds, featuring stories about contemporary classical composers and music from performances across Colorado. He’s also composed music for many CPR series.

Some of his favorite podcasts to recommend are Heavyweight, Song Exploder, Radiolab, No Feeling Is Final and Sound Escapes. (This list could be completely different a month from now.) And he has a special fondness for Soundcheck, which was one of Brad’s entry points for podcasts and public radio programming in general.

Before focusing on podcasting, Brad was the digital editor for CPR’s music services, managing content for CPR Classical and CPR’s OpenAir. He has also contributed music and arts coverage to CPR News and Colorado Matters, and written for NPR Music’s Songs We Love and Deceptive Cadence blogs. His reporting has been featured by NPR’s Morning Edition and Here & Now, as well as the PBS NewsHour.

Education:
Bachelor’s degrees in journalism and music, University of Colorado-Boulder

Professional background:
Brad came to CPR after managing communications and voter outreach for the Boulder County Elections Division. Prior to that, Brad was the editor at New West, a website covering the Rocky Mountains. Brad also spent six years as a reporter and editor for the Longmont Times-Call. He has written for the Denver Post, Boulder’s Daily Camera and MTV Online.