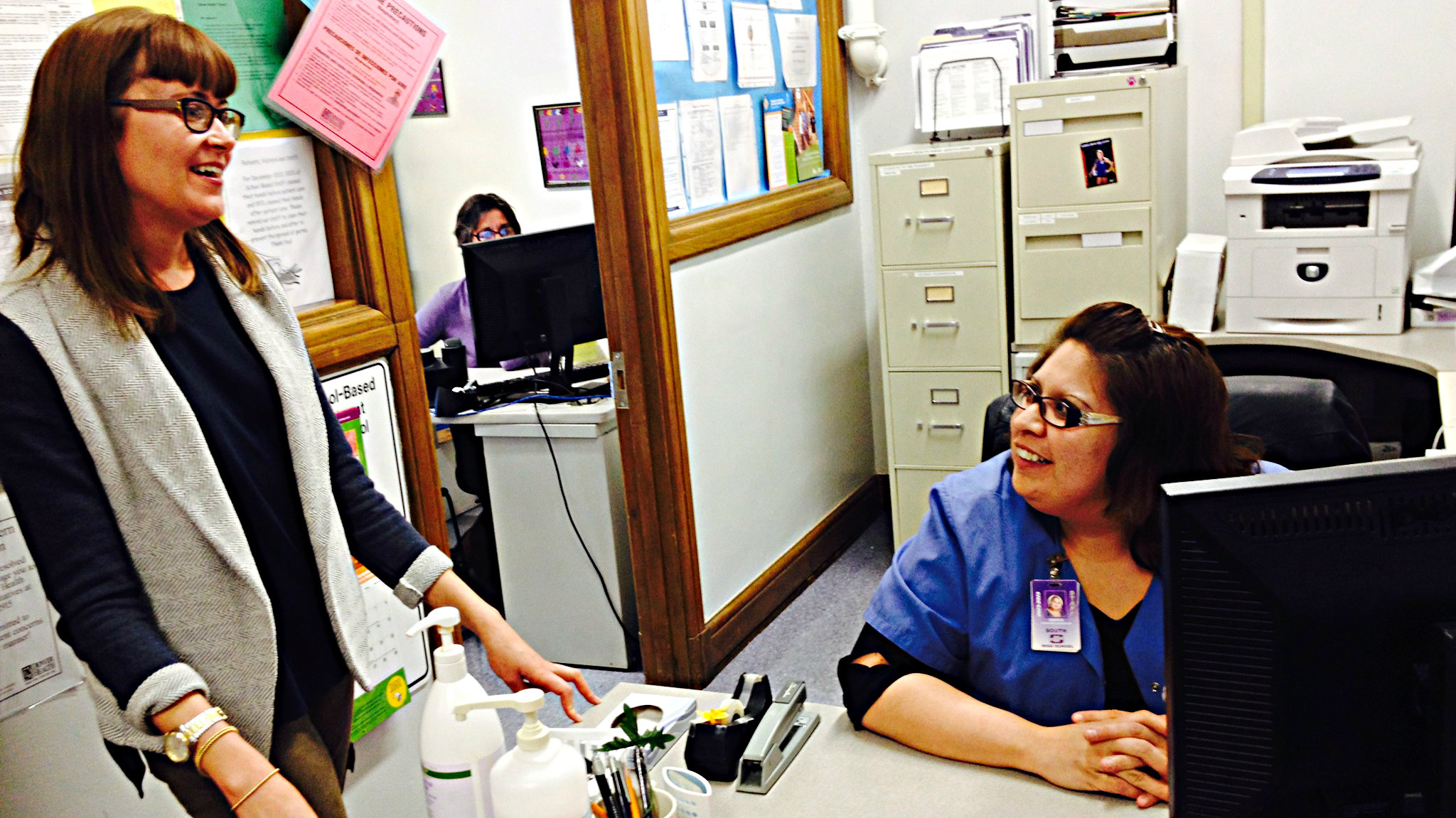 (Photo: CPR/Jenny Brundin)The legalization of marijuana isn't just affecting adults who can now legally buy and use pot.  Recreational marijuana is also having an impact on those who cannot visit a store, primarily  teenagers.

Parents and educators in the Denver area say legalization has reduced the stigma around using pot and made it easier than ever for young people to get their hands on the drug. And at the same time, the growing variety of ways marijuana can be consumed - through innocent-looking candies and easily-hidden vaporizers - makes it that much harder for adults to spot.

All these changes are leaving some parents at a loss for words when it comes to talking with their teenagers about marijuana.

And the information can be frightening.

Public health officials point to a growing body of scientific data linking teen marijuana use to a life-long decrease in IQ and increased risk of developing psychosis and schizophrenia.

Carolyn Howard watched her nephew struggle and now discusses with her teenage children the psychological consequences of marijuana.

One in six teens who try marijuana will develop an addiction, according to studies (here and here) cited by the National Institutes of Health.

For many parents, a drug talk is made trickier by their own conflicted feelings on the subject. They find themselves struggling to find the right thing to say to keep their kids from experimenting.

Health educator Mandy Copeland's says parents should not “fess up” if their kids ask whether or not they've tried marijuana.

Copeland points to a study of 650 teens that found children whose parents stayed mum about past drug use, and who delivered a strong anti-drug message, were much more likely to develop anti-drug attitudes of their own.

"Teens just don’t have the capacity at this age to process that information," Copeland says. "And I think parents often share that information out of good will to say: 'I made some mistakes. Hopefully you don’t make these as well.' But when in fact teens really can’t process it, and instead say, 'oh well, my parents did it, they’re functioning health adults, so I’ll be OK.'"

Copeland doesn’t think parents should lie if asked directly but suggests trying to refocus the conversation to discuss why teen use of marijuana is harmful.

"We know that the marijuana of today is not the marijuana of parents’ generation when they were kids," says Dr. Judith Shlay, Denver Public Health's associate director and a family medicine physician. "It’s much, much more potent. We don’t know what’s in all marijuana products. So we can’t say that one puff is like four puffs before."

Parents may think their opinions on marijuana don't matter to their teenagers but their opinions matter greatly. A regular survey of Denver students shows that what a parent thinks is actually a huge factor in whether kids will use marijuana.

"If they perceive that the parent approves of it, they’re more than three times to four times as likely to use marijuana, alcohol – so parents, how they communicate their feelings about this is very important for kids," Shlay says.

Parent Carol Angel  was pleased to leave the panel  armed with a new argument for why her daughter should trust her when she says -- at least wait to try marijuana because it’s not a decision the teen brain is equipped to make.

“There’s two parts of the brain,” Angel says, recalling a simple visual description for how one of the doctors on the panel described the teenage brain. “There’s the impulses and then there’s the brakes. And when you’re a teen the impulses are really strong and the brakes aren’t very well developed. I thought that was a great way --I loved that part. And it’s a good way for me to discuss it with my daughter.”

That’s the kind of discussion Dr. Judith Shlay would endorse: Whatever approach parents take, the safety of the teenager is most important.

“If the kid’s at party and it’s [2 a.m.] and they’ve had this conversation with their parent, they will be able to call up and say, I’m in an unsafe situation and I need you to come and get me,” Schlay says.

Shlay says the parent needs to get up and go but not ask questions. They should instead wait until the next day to return to the tough conversations when the teen is ready to listen and discuss.

Experts recommend a several sites parents can access for more information, such as the National Institute on Drug Abuse, which has a special section for parents and educators and teens; Denver Health’s Marijuana Facts and Your Health; and drugfree.org.

Is marijuana legalization changing how you and your children talk about the issue? Is it raising new concerns, or is this just more of the same? Colorado Matters is putting together a panel discussion of parents and teenagers to talk about this issue, and we want to hear from you.  Learn more here.