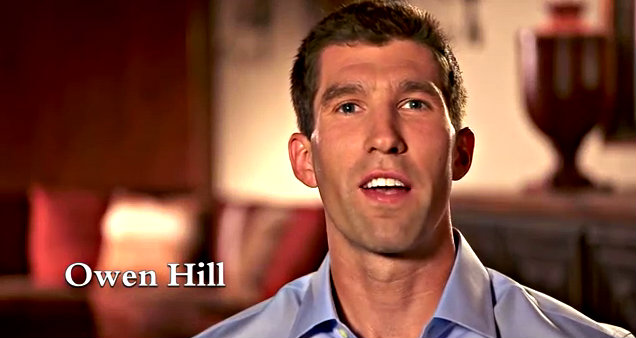 (Photo: YouTube Screenshot of Owen Hill for Congress)State Sen. Owen Hill (R-Colorado Springs) told supporters on Monday he was stepping out of the race. Hill is considered the last major opponent to Rep. Cory Gardner for the Republican Senate primary.

That clears the field for Gardner to challenge Democrat Mark Udall, who is running for re-election in the Senate.

Hill's departure was first reported by the Colorado Springs Gazette.

Gardner shook up the campaign last month with his last-minute entry into the primary.

Two other prominent Republicans, Weld County District Attorney Ken Buck and State Representative Amy Stephens (R-Monument), immediately dropped out and endorsed the congressman. Buck, who won the GOP Senate nomination in 2010 and lost against Democrat Michael Bennet,  has since announced that he will run for Gardner's 4th District US House seat.

But Hill, who had the backing of the Tea Party Express, initially accused Gardner of cutting a "backroom deal" and vowed to stay in.

Now he says Gardner is the party's best chance to defeat Udall.  According to the Gazette, Hill told supporters the Republican Party will need unity to gain back control of the Senate.

In a letter announcing his campaign suspension, Hill thanked all of his supporters, including  Ron Paul, Tea Party Express, and the Republican Liberty Caucus.