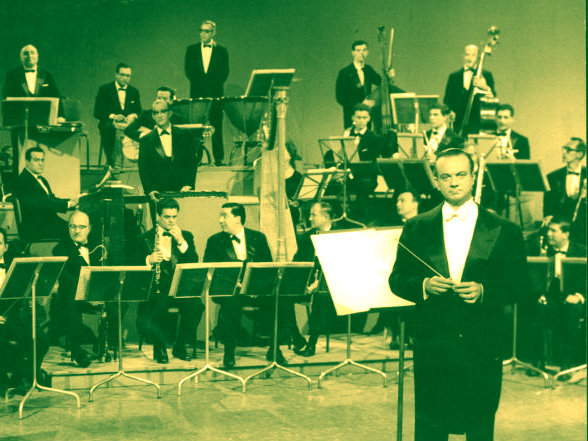 (Photo: Wikimedia Commons/Public domain)Fans of nuevo tango music, a classical/jazz hybrid, have a chance to see two different metro area ensembles perform one of the masterpieces of the genre this weekend.

Struggling to figure out which performance you’d rather hear? The other works on the programs might sway you one way or the other.

Pro Musica’s concert will also including Vivaldi’s “Four Seasons,” the set of violin concertos that inspired Piazzolla. Lina Bahn is the featured violinist.

Littleton Symphony’s program is titled “The Incredible Story of Hary Janos,” and includes the “Hary Janos Suite” by Zoltan Kodaly as well as Richard Strauss’s “Til Eulenspiegel.” Violinist Claude Sim is the soloist.

For more on Piazzolla’s “Four Seasons,” click the audio above for Charley Samson’s overview of the piece. Charley calls it “the perfect synthesis of the Western classical tradition and the South American tango tradition.”