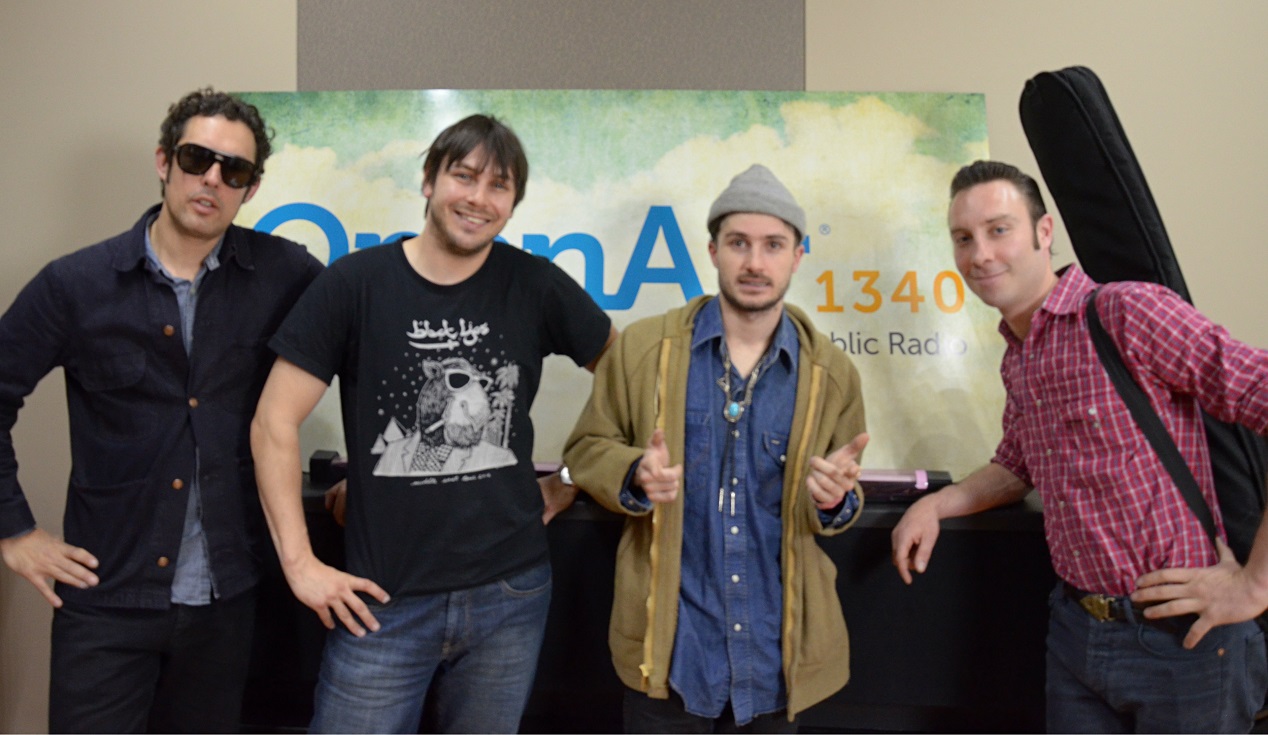 (Photo: CPR / Daniel Mescher)The Black Lips are one of those great modern bands that have been a staple of OpenAir's programming since launching more than two years ago. The Atlanta punk band has been busting out energetic and tempestuous rock records for over a decade now, and their latest, "Underneath the Rainbow," is no exception.

The four-piece stopped into our CPR Performance Studio before a headlining performance at the Bluebird Theater this week. In addition to playing four songs from "Underneath the Rainbow," Keefer Fulgham talked with Cole, Jared, Ian, and Joe about their ill-fated attempts to get the imprisoned Phil Spector to produce the album, touring countries in the Middle East, and how to score an official Black Lips jacket.