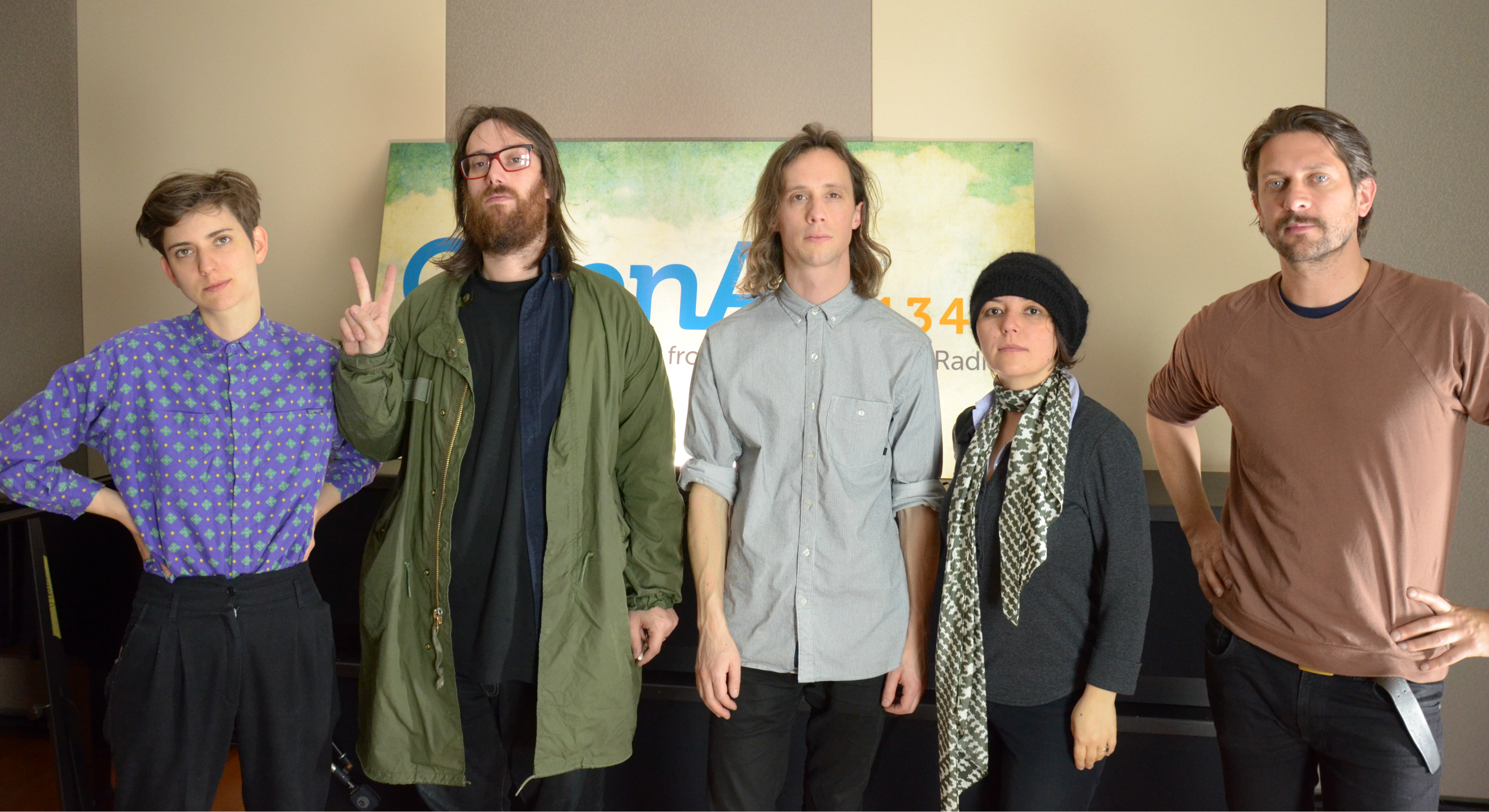 (Photo: CPR / Daniel Mescher)On a snowy April morning, London alt-rock group Fanfarlo made their way into our CPR Performance Studio after a headlining show at Denver's Larimer Lounge. If they were at all tired from the night before, it certainly didn't show in the songs they performed from their new album "Let's Go Extinct."

A Fanfarlo performance is a sight to behold, with its five members switching off from standard rock instruments to violin, trumpet and synths at a moment's notice, sometimes even playing two at the same time.

Keefer spoke with the band about the existential questions that influenced the new record, the rationale behind their website's podcasts and the dos and don'ts of recording in the studio based on the stories of Todd Rundgren.