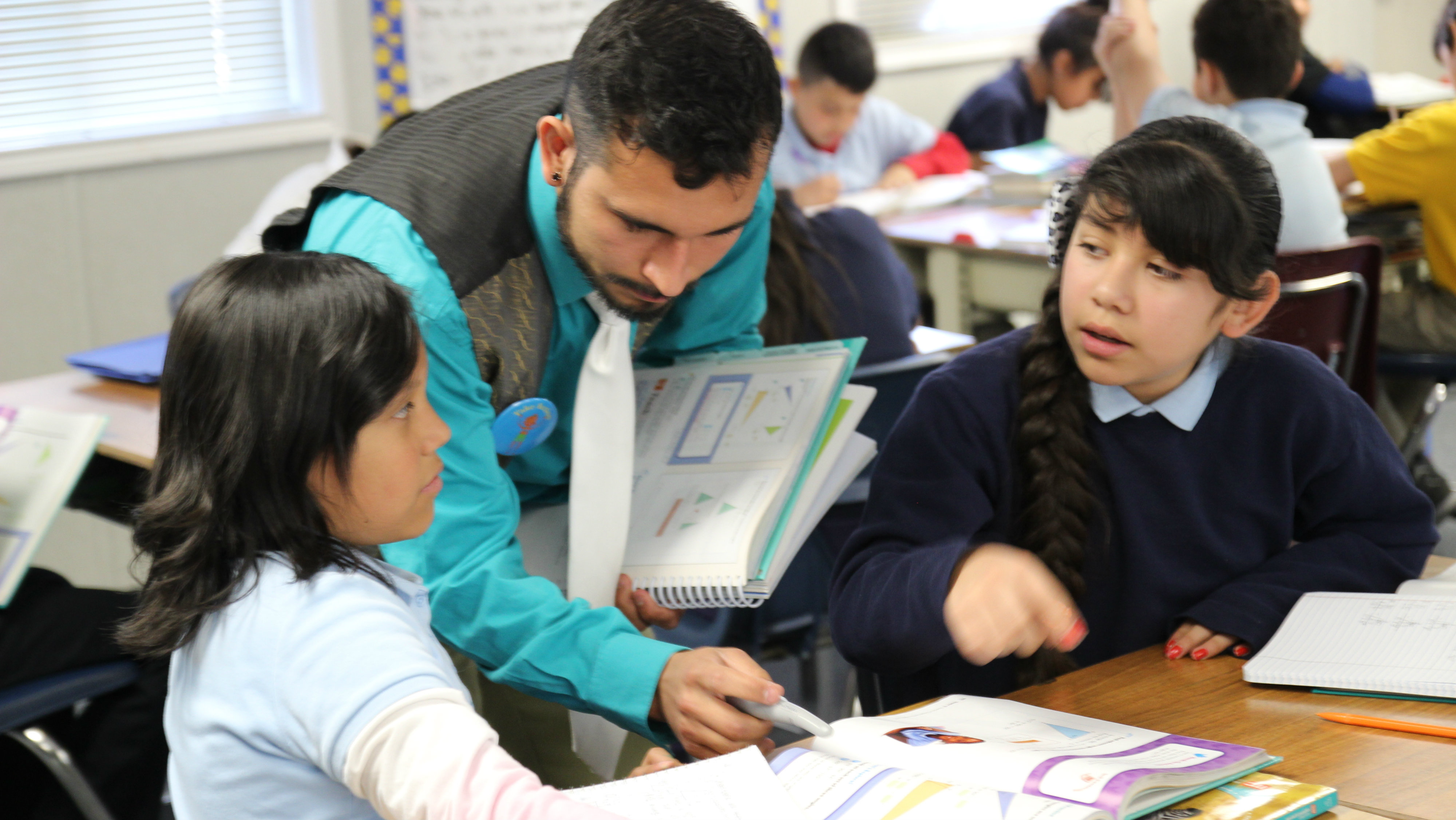 (Photo: Courtesy of Denver Public Schools)People who came to the country illegally but who now have federal work permits have a chance to teach in Denver schools.

The DACA directive offers people who came to the U.S. illegally before the age of 16 – and who don’t have a criminal record –the opportunity to live and work in the U.S., though they aren’t legal citizens.

Denver is the first school district in the nation to actively seek out people to teach who don’t have immigration papers.

Alejandro Fuentes Mena, who came to the U.S. from Chile when he was 4 years-old, is already at work. He teaches fifth-grade at the Denver Center for International Studies at Ford Elementary School in the city’s Montbello neighborhood.

Fuentes Mena credits one of his own teachers for inspiring him.

“She worked with me for endless hours trying to motivate me, and make sure that I was the best possible student and best possible human being that I could and I owe so much of who I am to her,” he said. “I thought maybe there’s a possibility I could be that same type of influence for a child if I serve as a teacher.”

Teach for America graduates are not licensed teachers but are issued an alternative license from the state to teach. As a first-year teacher, Fuentes Mena says it’s been “rocky” because the learning curve is so steep. But he’s learning fast - from veteran teachers -- and from his students.

“I know they know I care for them and that is step one in changing the lives – or the expected lives – of people who are usually in these types of communities,” he said.

Not everyone supports the idea of expanding the number of DACA recipients to teach in Denver’s schools.

Fred Elbel, who directs the Colorado Alliance for Immigration Reform, says it’s neither fair nor appropriate to hire people who aren’t properly trained or certified to replace qualified and experienced American teachers.

DACA recipients are only required to have a high school diploma or a GED certificate.

“With no formal training or certification in education, that really doesn’t bode well for the quality of education,” Elbel said. “I don’t think that will do justice to students of all races and nationalities.”

He said the policy also seems to be displacing American teachers, who are “overworked and underpaid.”

In the past, district officials have stressed that the city’s high poverty schools with high concentrations of English language learners need the most experienced teachers.

But DPS superintendent Tom Boasberg says the DACA teachers are often bilingual and have a deep personal understanding of the challenges faced by many DPS students who were brought to the U.S. illegally by their parents.

"I think it's the right step,” Boasberg said. “It's a step that has the potential to impact generation upon generation. Students can see for themselves that there's someone here who kind of looks like me and has the same background as me and is doing great things. I can do great things, too."