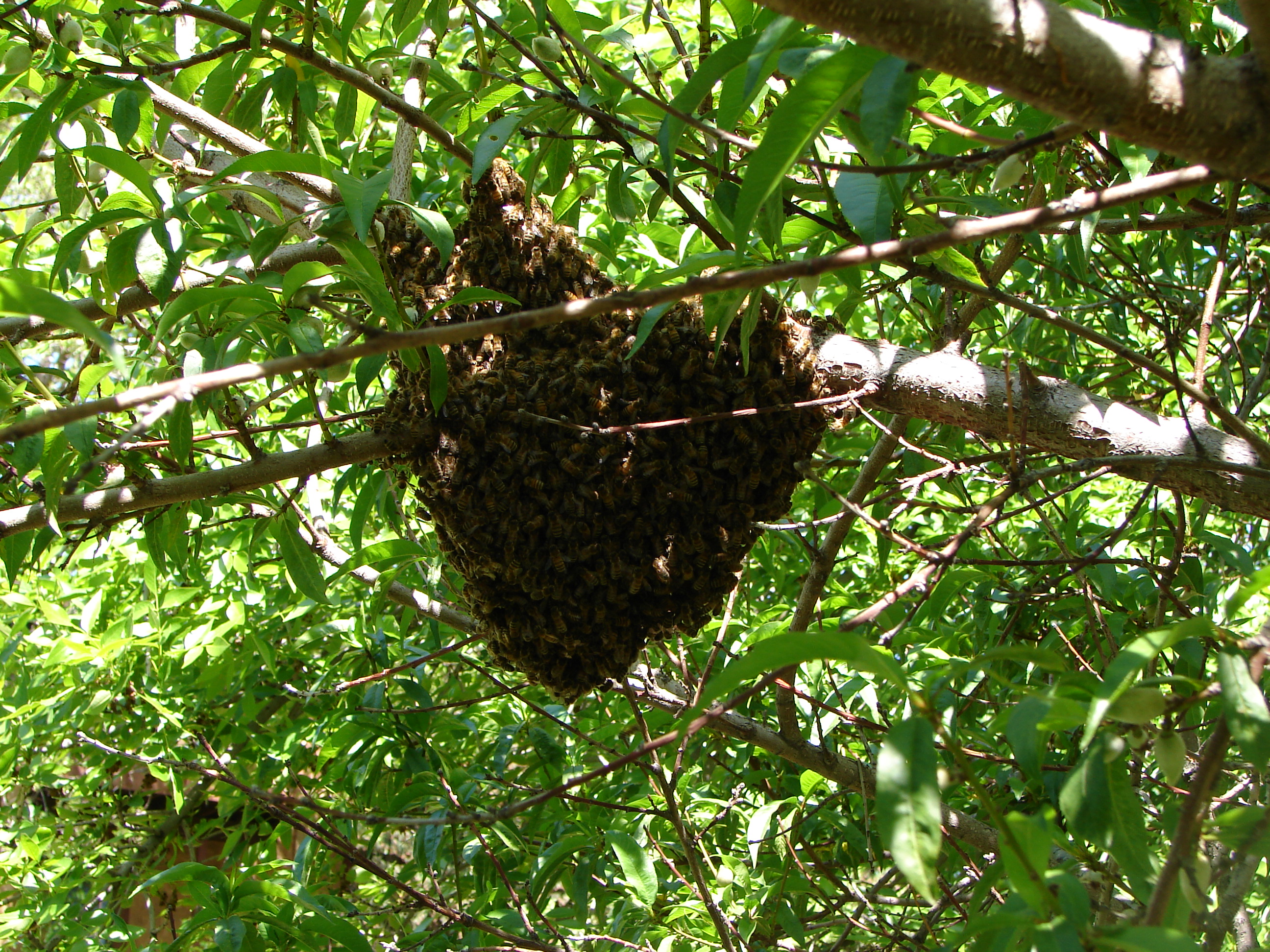 (Photo: Courtesy of Colorado State Beekeepers Association)It's that time of year again: bee swarming season.  Mid-April through Mid-June is typically when honey bees can swarm to look for new homes.

And when thousands of them cling to branches or posts, they can look pretty intimidating.

Swarms happen in spring when a hive becomes too crowded and bees leave to find a new home.

That's where the swarm hotline  (970-213-3099) comes in.   The Colorado State Beekeepers Association encourages people to call the hotline if they encounter a swarm, so a beekeeper can be sent out to collect it.  Beekeepers then start new hives with the swarms.

The group is worried that people sometimes douse the swarms with water or insecticides because they are concerned about the insects.

Beth Conry, President of the Colorado State Beekeepers Association, says beekeepers are on alert this time of year. When they get a call about a swarm, they find the nearest beekeeper to come pick it up.

If her group doesn't have a beekeeper near the swarm, she says she'll call regional beekeeping groups to see if they can find someone to help.

A buzzing group of thousands of bees may seem scary,  Conry admits, but in a swarm situation bees have nothing to defend.

Conry says last year was a poor year for bees and many colonies didn’t multiply.