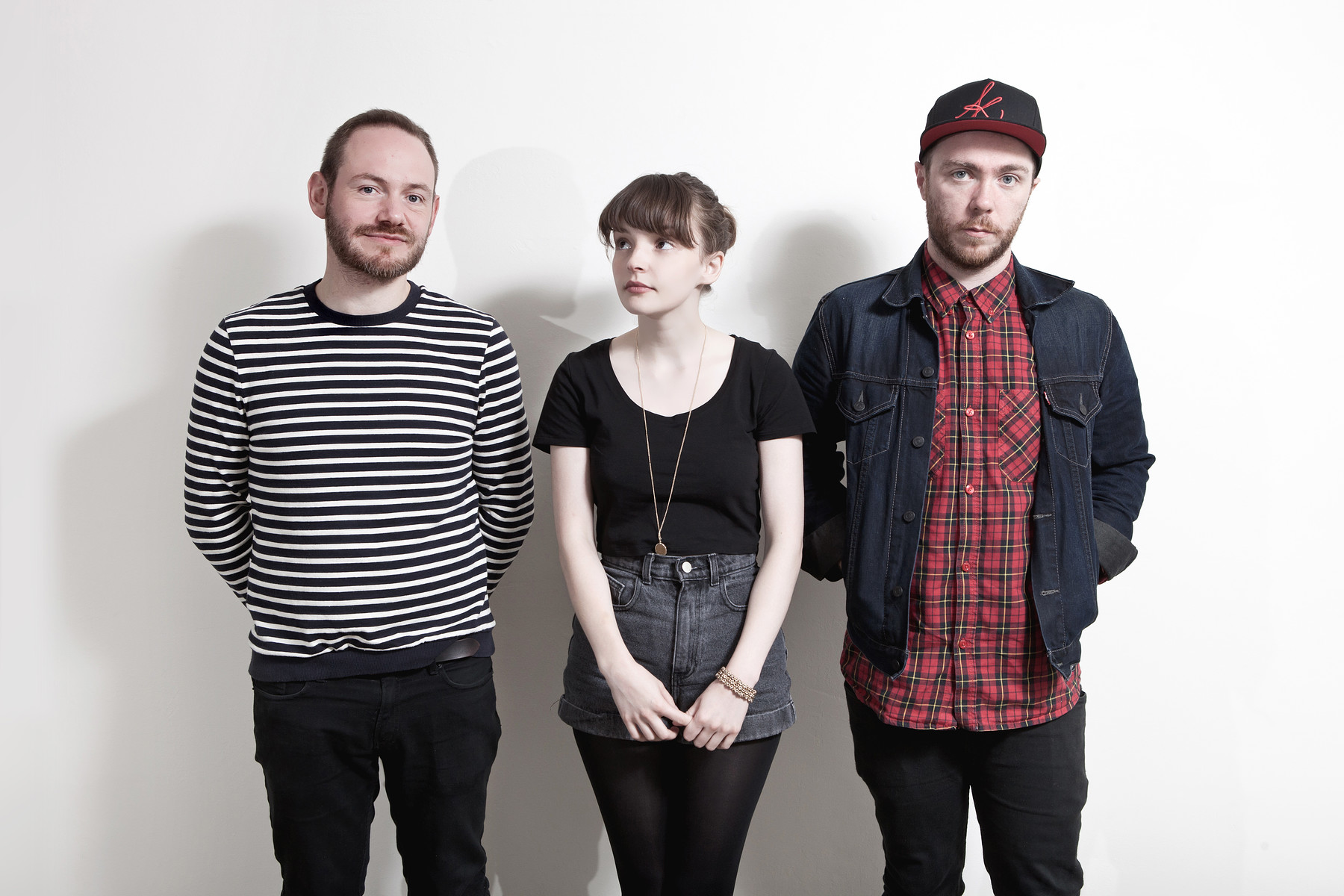 (photo: courtesy of the artist)Within the past 15 months, Scottish electro-pop group CHVRCHES have been on an upward trajectory that has yet to plateau. Since releasing endlessly catchy singles like "The Mother We Share" and "Recover" that convey a firm sense of lyrical prowess and danceability, the trio of Lauren Mayberry, Iain Cook, and Martin Doherty have rapidly evolved from buzz band to music festival staple. It's well deserved: the Glaswegians delivered on the promise of their inital singles with the excellent full-length "The Bones of What You Believe" released last fall.

Hot off an appearance at both weekends of Coachella, CHVRCHES played its first ever Denver performance last night, and it's safe to say the band was well-received: the show sold out the 1,600-capacity Ogden Theatre well before Thursday night.

We spoke with Martin Doherty, keyboardist, guitarist, and sometime lead singer of CHVRCHES, prior to the Ogden show. "It's a bit of a mancave," warned Doherty as we trekked into the back of the CHVRCHES tour bus, pushing aside candy bars and baseball caps as we took a seat in front of the bus' video game console (Playstation 4: these guys really have made it.) Doherty spoke on how young musicians should use social media, meeting (or not meeting) his musical heroes, and the band's digitally-based writing process.

Check out the interview below, along with photos from the band's performance at the Ogden Theatre!

OPENAIR: Comedian Marc Maron recently claimed the only city in the world that parties harder than Denver is Glasgow. After spending a little time here in the Mile High City, care to weigh in on that statement?

Martin Doherty: [laughs] I haven't been doing any drinking here so I couldn't say. But there do seem to be some similarities between the two cities culturally.

CHVRCHES just played Coachella, and coming up you've got appearances at U.S. festivals like Bonnaroo, Lollapalooza, and Austin City Limits, along with European fests like Primavera Sound and Glastonbury. Has it been difficult adjusting to these larger audiences compared to the size of shows you were playing a year or two ago?

As the venues get bigger and bigger, we haven't really changed the way we perform. We try to keep that same energy and connection with the audience we always have since we first started playing together.

Do you find much difference between the way audiences in the U.S. react to the band's music than those back home in the U.K.?

It seems like audiences in the U.S. are more inclined to dance and move around than those we've played to in Europe or Australia or Japan. I think maybe people in each of those places respond to music in ways that are appropriate to their culture.

You were a touring member of the Twilight Sad for several years before CHVRCHES started up. What did you gain from your experiences on the road with the former band that helped you as a member of the latter?

Everything. Just living day to day. Touring with a band for so long you learn how to constantly be around other people and to get along while spending so much time together. It's helped so much with CHVRCHES functioning as a touring band, and those guys in Twilight Sad are all still my best mates too.

Scotland has a remarkable musical history, especially in electronic music: acts like Primal Scream and Boards of Canada broke lots of ground for that genre in their time. Do you draw much musical influence from your home country?

Absolutely, those acts as well as guys like Franz Ferdinand and Belle & Sebastian and Hudson Mohawke are definitely huge influences. The mentality they created was "If we can do it, so can you." It was like: Hey, I just saw that guy hanging out in the pub the other day like anyone else. If he can make a band, then what's stopping me?

The band's touring schedule is booked fairly solid for the next few months. When do the three of you find time to write and record, if at all, when on the road?

We just spent a few hours in the studio in Arizona a few days ago, actually. We've got a Dropbox system where one of us will work on a beat or melody on the computer then put it in there for the other members to listen to. None of us ever starts and writes a song to completion. Each of us gets a voice in what the song becomes, and it's very democratic in that there's a veto system if there's something that one of us doesn't think works in a CHVRCHES song.

You've championed social media as a vital aspect of CHRVCHES' day-to-day operations, with the reasoning that "If you wrote something to a band, when you were young, and they wrote back, it would have really meant something to you?" Did you ever have that experience as a youngster where you reached out to a band, and they did or did not respond that influenced that outlook?

I'm definitely familiar with the experience of being 12-14 years old and waiting for hours outside a venue to talk to my favorite bands. I guess at the time back then it would have been the Deftones, who I actually got to meet when I was young. But for every one musical hero you get to talk to, there's a hundred that you don't.

Any advice for young bands who might not have much social media experience?

Make it personal. A lot of times a social media account is just stale announcements like "Here's where we're playing, here's where to buy tickets." Whether I'm looking for some info or just killing time on Twitter I like to see something that looks like it's from an actual person.