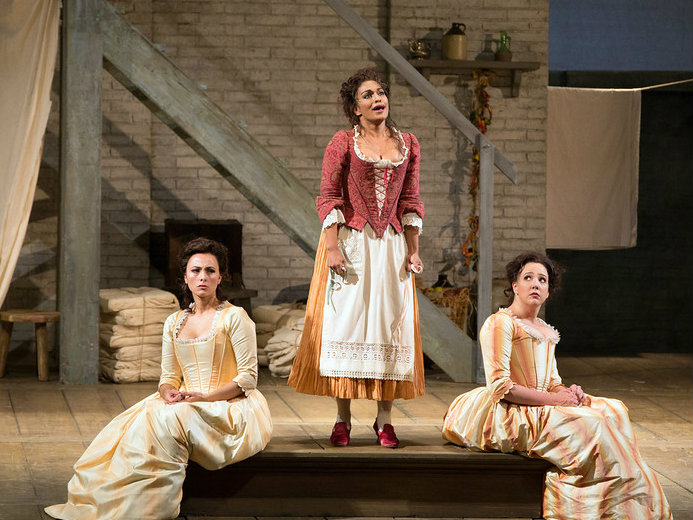 (Photo: Marty Sohl/Metropolitan Opera)With big, brown eyes and a petite figure, Danielle de Niese is one of the most stunning sopranos of today's opera stage.

On Saturday, she’ll have an international audience when she appears as Despina in the Metropolitan Opera’s production of Mozart’s “Così fan tutte.” (Hear it at 11 a.m. on CPR Classical.)

Born in Melbourne, Australia, to parents from Sri Lanka, de Niese knew she wanted to sing opera at the age of 8.

I recall first seeing her in Mark Morris' Metropolitan Opera production of Gluck's "Orfeo ed Euridice" as the object of her husband's scary trip to the underworld to win her back to the land of the living. She was a jewel among a cast of stars that included Stephanie Blythe as Orfeo and Heidi Murphy as Amor, the god of love. The fiery pit of hell belied De Niese's heavenly voice – one that can also bring off some serious heft.

She spoke with me about her unusually early start in singing, the essence of “Così fan tutte” and her foray into the fashion world off-stage. Click the audio above to listen.