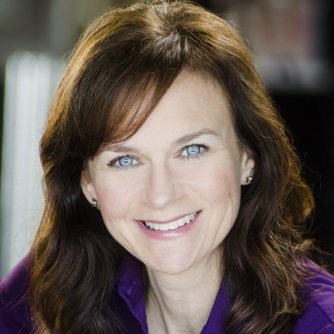 Monika Vischer is CPR Classical’s Program Director. She has been with Colorado Public Radio for nearly three decades, starting as a music host and news reporter in 1990 and serving as program director of CPR Classical since 2013.

Monika Vischer has been with Colorado Public Radio for nearly three decades, starting as a music host and news reporter in 1990 and serving as program director of CPR Classical since 2013. Prior to coming to CPR, she worked for KUNC.She is co-founder and board chair of El Sistema Colorado, a non-profit serving low-income children through ensemble music.

Monika grew up studying flute and at age 13 joined the Denver Young Artists Orchestra, then under Music Director Charles Ansbacher. As a student at the University of Northern Colorado, she played under Kenneth Singleton in the university’s wind ensemble and sang in the Grammy Award-nominated vocal jazz sextet The Axidentals, headlining clinics and festivals in the U.S. and Canada.

Awards:
Monika won a Silver World Medal from the New York Festivals Awards for the day-long special, “Sound of America,”and the National Clarion Award for her five-part radio documentary series, “A Voice for the Silenced: Re-discovering Music Lost in the Holocaust,”co-hosted by LA Opera Music Director James Conlon, which now resides in the collection at the US Holocaust Memorial Museum in Washington, DC.

Monika was also awarded as a 2018 Honored Alumni by the University of Northern Colorado Alumni Association for her distinguished career at Colorado Public Radio and her work with high risk youth through music education.

In her own words …

How I got into classical radio:
As a music student at the University of Northern Colorado in Greeley, a couple of my friends worked for KUNC (which belonged to the university at the time). I was in the hunt for a student job, saw there was an opening, so went for it. When I interviewed, I knew how to say Aram Khachaturian, so I got the job!

Best moment in radio/classical music:
Co-hosting with conductor James Conlon, a 5-part documentary series titled “A Voice for the Silenced: Rediscovering Music Lost in the Holocaust.” This award-winning radio production was broadcast nationally. The project was deeply gratifying and enlightening. Judging from feedback, it also touched a chord with listeners unlike anything else I’ve produced.

Favorite composer and favorite piece:
It is cruel to ask this question. The beauty is that I don’t have to decide. With feet to fire I say Beethoven. He fully understood the gift he was destined to give this world and says as much in each of his greatest works. As for a favorite piece? At the moment? Ottorino Respighi’s “Pines of Rome” for its sonic brilliance, ingenious use of orchestra, depth and fabulous melodies. It’s simply “the whole package.”

Funniest comment from a listener:
“You say that’s called the “Taco Bell Canon?” ~ a listener calling to ask what I played just after airing the famous Canon in D by Johann Pachelbel.