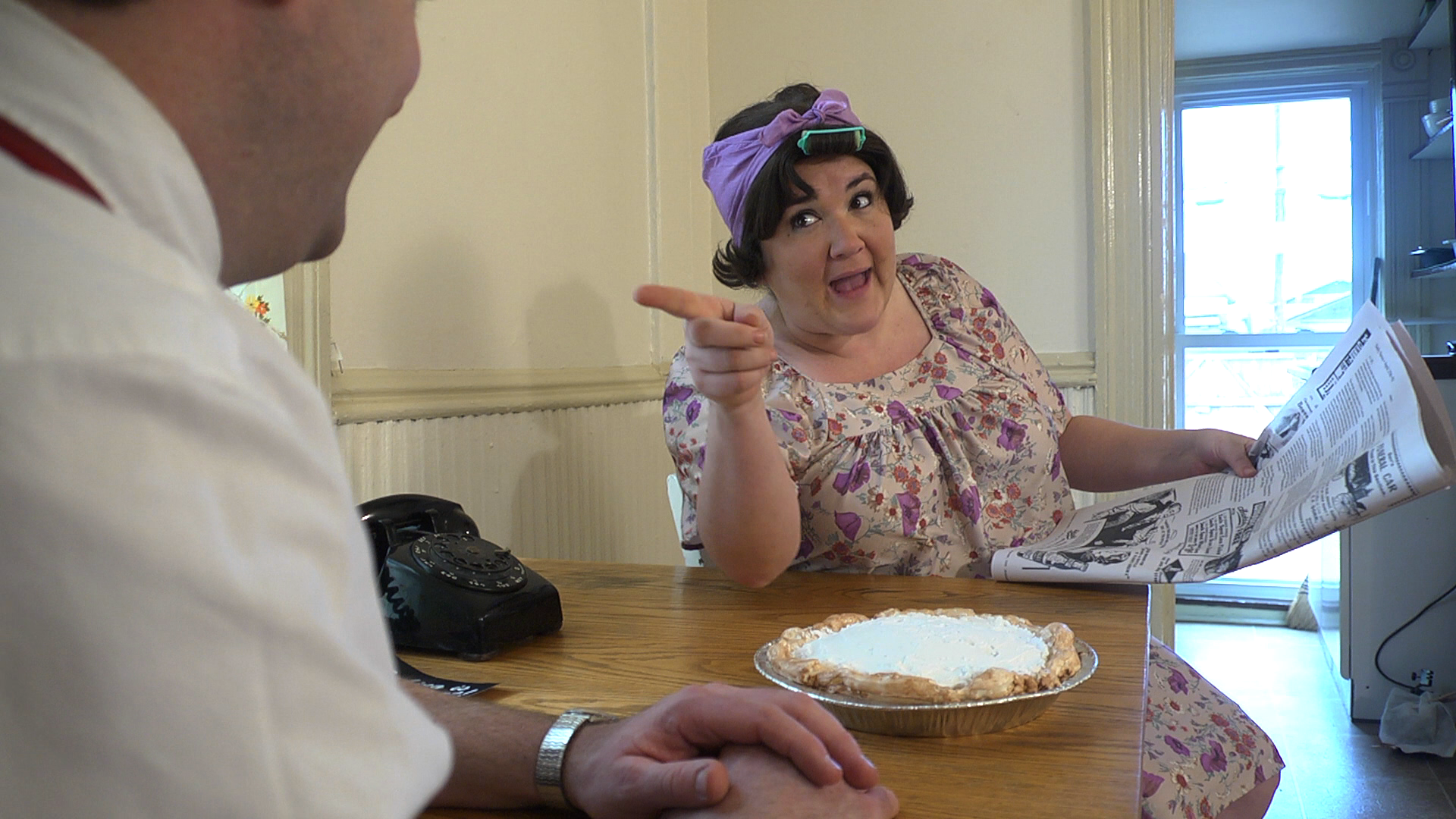 (Photo: Courtesy of Augustana Arts)Not many people around today remember the 1920s – a time when hemlines were shortened, dancing was a major recreational activity and a night at the cinema was a novelty.

Musica Sacra Chamber Orchestra (MSCO), Buntport Theater Company and the University of Colorado-Denver Film School aim to whisk audiences back to that epoch with a multidimensional theatrical production that steps back in time to the 1920s.

“Captured in Film” runs April 25 and 26 at the Holiday Events Center in Denver, and is a tip of the hat to the heyday of silent film and vaudeville-style entertainment.

The production includes screenings of two classic comedic silent shorts: Buster Keaton’s “One Week” and “Mighty Like a Moose” starring Charley Chase. Denver’s Buntport Theater weaves live performances between the two movies, and the entire evening culminates with the premiere of a new film made in the silent style.

Written and acted by Buntport Theater and directed and edited by CU-Denver assistant professor of film David Liban, “The Pie” parodies the pie-in-the-face slapstick comedy motif. It tells the story of a man preparing to enter a pie-baking contest who finds obstacles to his culinary goals via an annoying neighbor and nagging wife.

“We tried to make it a Chaplinesque film," Liban says. "It’s larger-than-life and comical. It’s basically a series of sight gags designed to take the live components of the production – both the performances by Buntport and some audience participation elements – and integrate them into the film.”

MSCO provides the soundtrack for the film. Music director David Rutherford describes the production’s music as as a “compiled score.”

In the era of silent films, orchestrated pieces were crafted to reflect the emotions of characters or general feeling of a scene. Accompanists and musical directors organized the musical segments and gave them titles like “Chase Number Three,” “Suspenseful” or “Surprised.” These segments were then “compiled” to create a musical score that complimented the highs and lows of what was happening on screen.

Rutherford arranged the music for “The Pie” in the same manner.

The actors of Buntport Theater are also learning how to tell a story through other means than words in both the live components of “Captured in Film” as well as in “The Pie.”

Brian Colonna, an ensemble member who has been with the theater company since its inception 13 years ago, is one of the actors performing in this weekend’s show and is adapting his experience as a stage performer for this over-the-top technique of acting.

While Colonna had no prior experience acting in silent films, he attributes a lot of his early acting influences to the greats of that era like Keaton and Chase.

“The word we used a lot in rehearsal was melodramatic,” Colonna says. “There are a lot of exaggerated facial expressions and we try to be big with our gestures. It works because the characters themselves are large and silly.”

The aim of these three organizations is not to modernize silent film, but rather pay tribute to this specific era of filmmaking and present these shorts, including the film premiere of “The Pie,” in an authentic way.

“It’s important to honor silent film and talk about its legacy,” Denver film instructor and senior film critic for FilmFreakCentral.net Walter Chaw says. “About 85 to 90 percent of silent movies ever created were lost because they were filmed on nitrate film stock. As this film stock aged, something chemical happened to it and it became explosive.”

Entire films – and, in some cases, entire careers – of silent film actors were lost due to the deterioration of the film stock. And, according to Chaw, it wasn’t until the 1950s when people started seeing movies as art – and art worth preserving.

“The work of these silent film actors matters, as these actors could tell complete stories through their physicality and many did their own stunts,” Chaw says. “It’s an art form that transcends language.”