(Photo: Courtesy of the Stanley Hotel)The Stanley Film Festival returned for its second year at the historic Stanley Hotel in Estes Park, Colo., over last weekend.

There's something about seeing horror films with other genre enthusiasts in a remote town surrounded by beautiful mountains that just made the weekend feel like summer camp (minus a killer in a hockey mask that seeks revenge for his death or a caretaker that has gone mad). In fact on the last day of the festival during the Horror Brunch, actress Jocelyn DeBoer from "Dead Snow: Red Vs. Dead" told me "I'm not ready to go home" and also added that she wished that we would get snowed in. The weekend weather was beautiful: no snow but chilly nights, and never a dull moment. 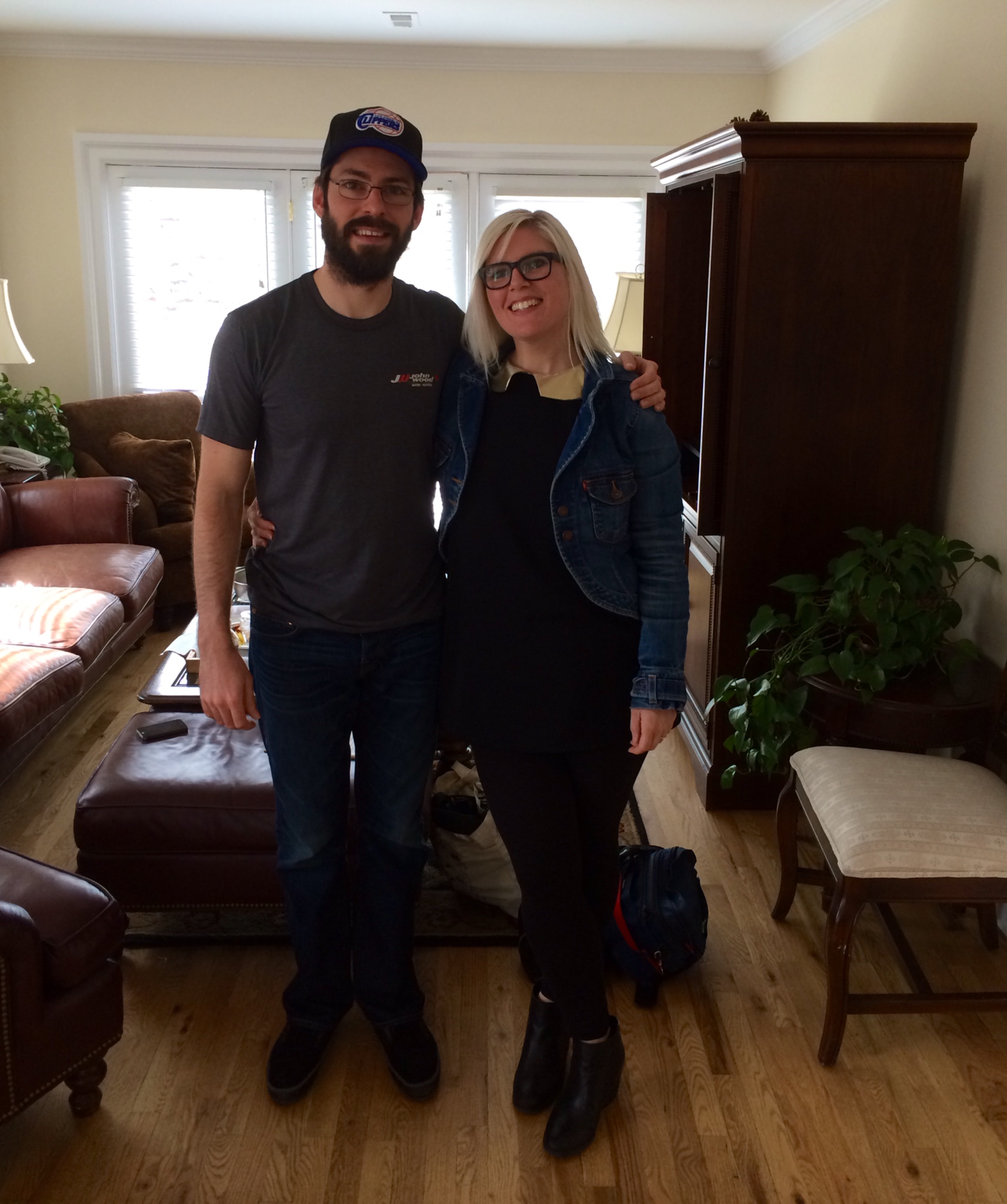 (photo: CPR / OpenAir)I arrived on Friday morning after a serene drive up the mountain, to start off my day interviewing actor Martin Starr. He was there on behalf of the "Dead Snow" sequel. We talked horror films and which of the cult favorite television shows he's been in that he would like to see turned into a film. He also told me about a group of friends he sometimes performs with for fun: they play bluegrass and he raps his favorite hip-hop songs like "Rosa Parks" by Outkast. 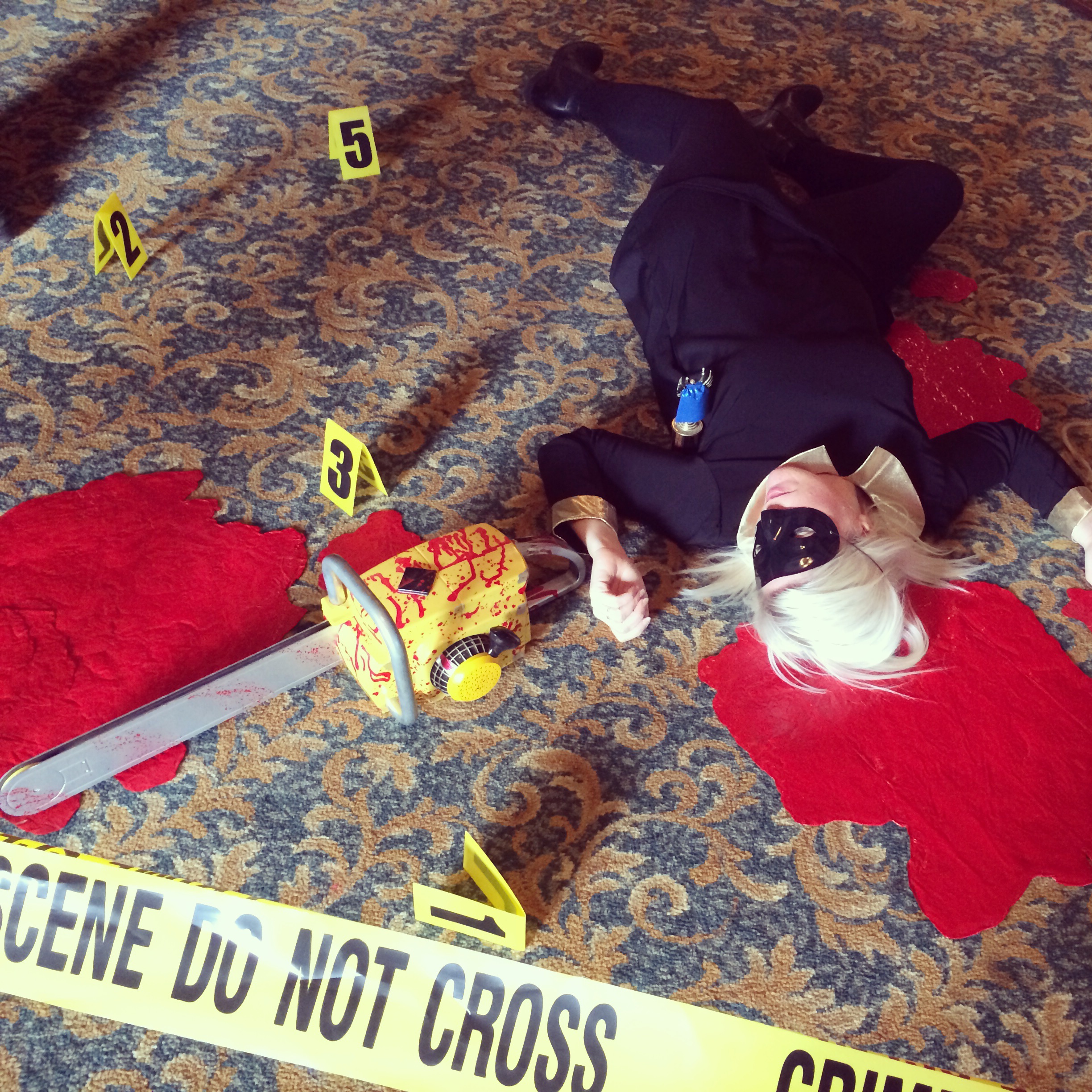 (photo: CPR / OpenAir)There was an hour to kill before my next interview so I visited the Crime Scene Photo Booth and posed as a masked hero who became the victim before she was able to avenge her friends death. There were photo opportunities everywhere: not only the booth, but the mountainous landscape, the iconic hotel, backdrops to pose from scenes in "The Shining," people dressed up like zombies, or just a quick picture with film stars and directors. 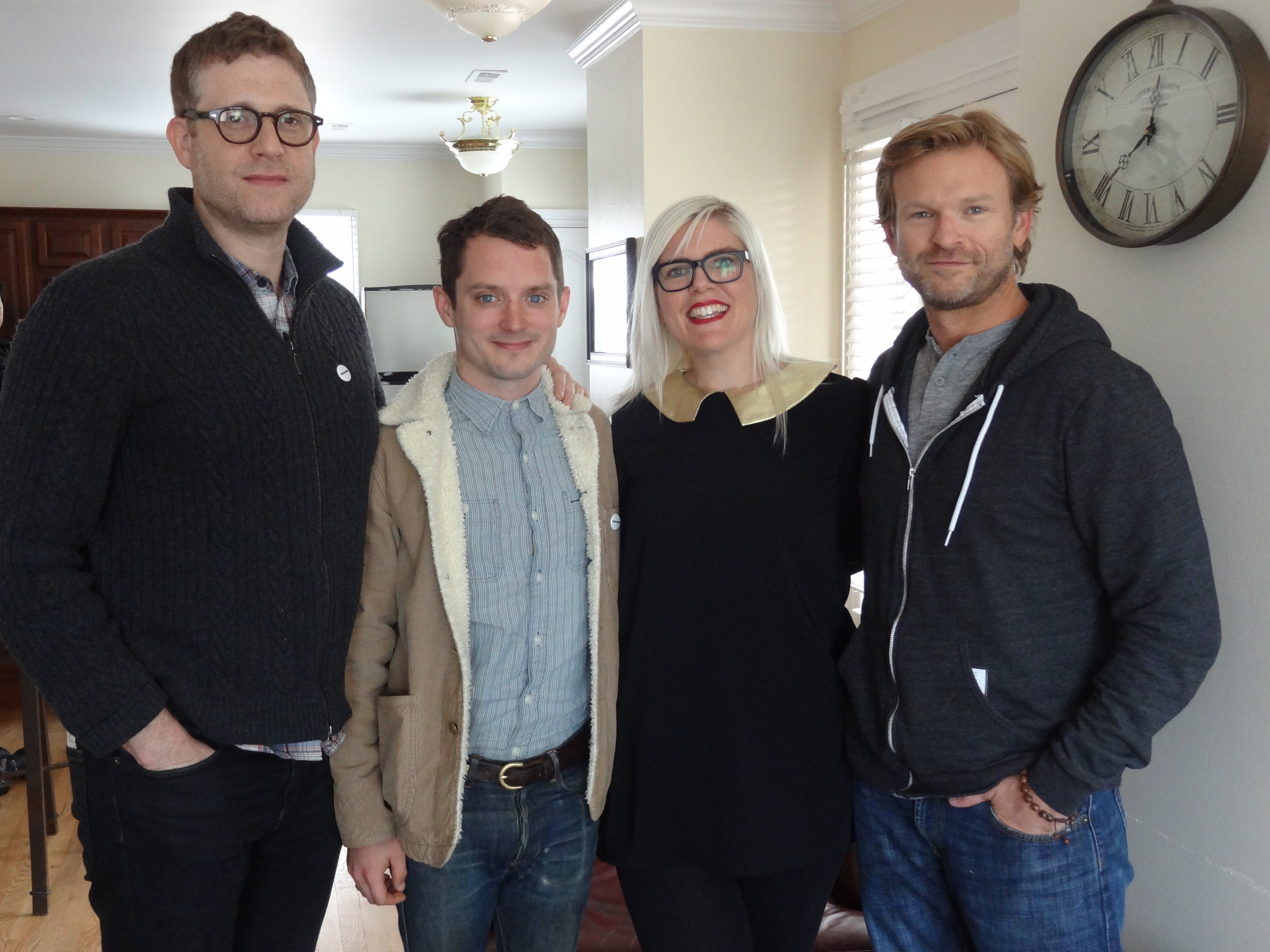 (photo: CPR / OpenAir)A highlight of the festival was my interview with horror film production company SpectreVision's co-founders Elijah Wood, Daniel Noah and Josh Waller. The trio received the festival's Visionary Award (last year Eli Roth won it). We had a great talk about why they started this company, the first horror film they bonded over, and effective use of music in film. I'm very excited about the film projects they have taken on and you can hear about them in my interview below!

Eventually I got to check into the hotel where I stayed in Room 207. Thankfully not Room 237, the spooky room from "The Shining," or Room 217, the room that the Stanley Hotel claims really is haunted. "Gremlins" director Joe Dante, who was at the festival receiving the Master of Horror Award, and his wife stayed in the "haunted" Room 217, and the latter swears that her toes were pinched a few times while in bed. This is interesting because when I heard that on Sunday morning, even though I didn't admit it the first night, I had a strange, dreamlike idea that my toes were pinched while I was falling asleep. Apparently, if you stay in the main building of the hotel, they say that you should take pictures in your room because you may see ghosts or orbs of light or blurry marks on your photo. I took pictures, but didn't see anything.

The second night I slept in Room 303, but no toes were pinched. However, my friend and I were in the room on Saturday night and I went to reach for the lamp to turn it on, it turned on before I even twisted the knob. When it happened, I calmly told her something like: "Just so you know, the light turned on before I turned it on," and she got totally spooked. I blame old lamps.

This was the film I most wanted to see because I enjoyed director Nacho Vigalondo's nonlinear storytelling in his first feature length "Timecrimes," which reminds me of the thrill I got the first time I watched Christopher Nolan's "Memento." "Open Windows" is like a modern day "Rear Window," but the titular window is from your computer screen. Elijah Wood stars in this thriller and before the screening, he and his producing partners from SprectreVision were given the Visionary Award in the form of a very real looking axe, much like the one Jack Nicholson wields in "The Shining" (I hope they didn't have any trouble smuggling their axes onto the plane to return home). After the screening Wood hung out for a Q&A about the film. Also, I award big music fan points for the film's effective use of Suicide's "Ghost Rider." During the Q&A, Wood called the band "f****** awesome."

What a delight to have Eli Roth's latest gorefest as the secret screening, as he was the guest of honor at last year's festival. The screening also included a special taped message introduction and Q&A.

This was another one of the films that I hesitated going to see because there was something else I wanted to see playing at the same time, but I'm so glad I went. It was probably the scariest of the films I saw all weekend. "The Babadook" was written and directed by Australian filmmaker Jennifer Kent. Its a story about "a single mother, plagued by the violent death of her husband, battles with her son's fear of a monster lurking in the house, but soon discovers a sinister presence all around her." I really loved the director's homages to the genre as it had elements of "Poltergeist," "Evil Dead," and "Nightmare on Elm Street."

"What We Do in the Shadows":

I cannot wait for you to see this film! From the opening shot, this is a film I instantly loved, as did everyone else since it received the Audience Award at the festival. It's a mockumentary about vampires living in a house as roommates. It was written and directed by Kiwi comedy legends Jemaine Clement and Taika Waititi, both of whom star in the film. Waititi was on hand for a Q&A after the film, in addition to Clement who Skyped in from Wellington, New Zealand dressed as his character Vlad answering questions from his coffin. Genius!

Everything about the festival was so thoughtfully curated that its hard to believe this is only its second year. And yes, there will be a third year. And yes, I will be there. I hope you will too!