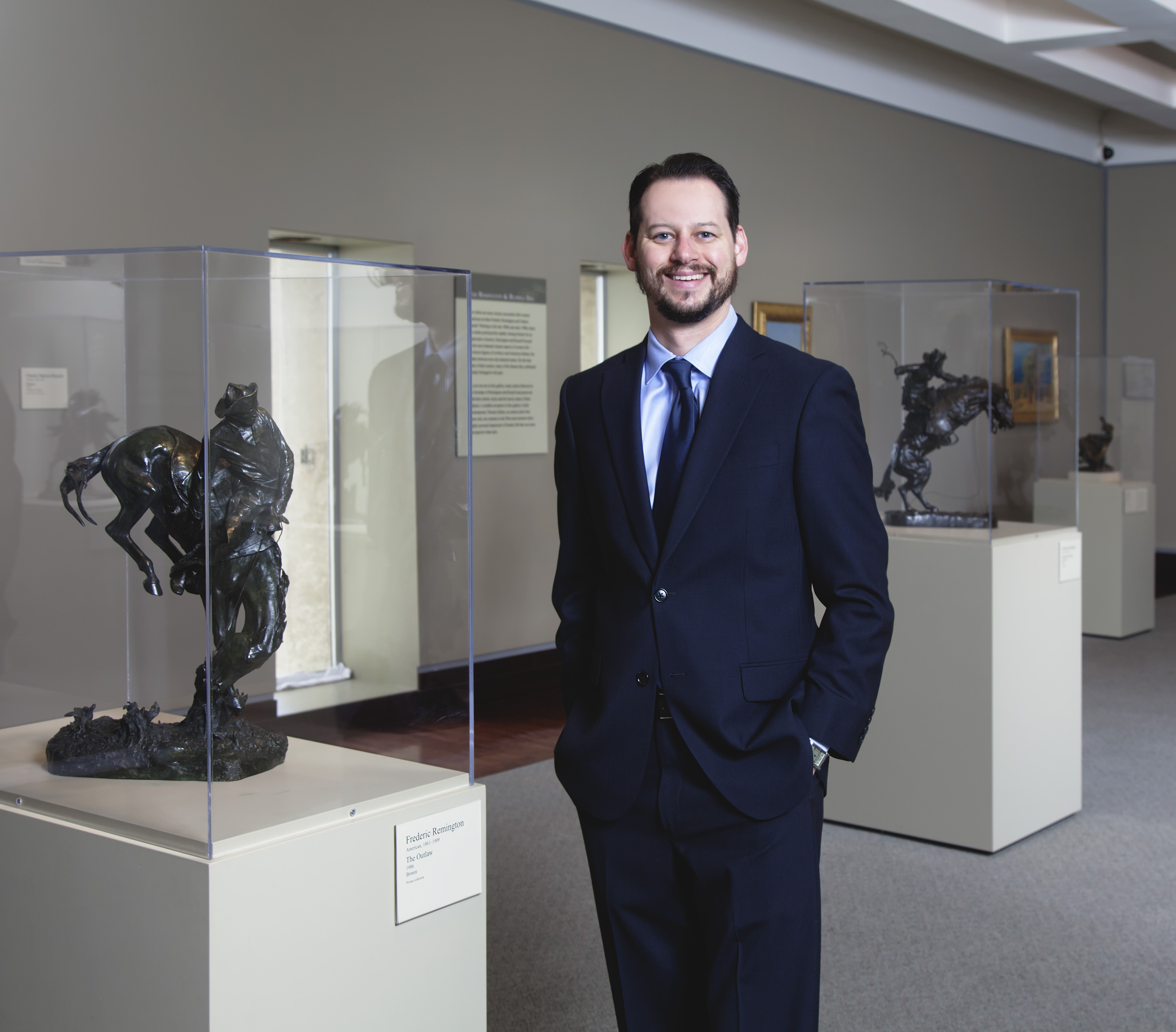 (Photo: Courtesy of Denver Art Museum)The Old West is often romanticized for its ruggedness and wild nature in films like “The Good, the Bad and the Ugly” and “The Magnificent Seven.”

Now, a large-scale art exhibition making its way around the globe called “The American West in Bronze” offers a different perspective on western culture.

After a four-month stint at the Metropolitan Museum of Art in New York City, the 72-piece show of bronze statuettes arrives in Colorado, where some of the history depicted in the artwork actually occurred.

“The American West in Bronze” opens at the Denver Art Museum (DAM) on May 11. Featuring the work of 28 sculptures, it looks at the Old West through the lens of bronzed cowboys, Native Americans, pioneers and animals of the plains and mountainous terrain.

Thomas Smith, the director of the Petrie Institute of Western American Art at the Denver Art Museum, co-curated “The American West in Bronze.”

He spoke with Colorado Public Radio about the exhibition’s distinct Colorado ties, the artists and artwork on display as well as why there was such a boom of bronze sculptures in the late 1800s and early 1900s.

CPR: Why did you chose the works of these specific artists?

Thomas Smith: When you look at this particular 75-year period of art, there are more than 25 artists that rise to the top and we tried to include many of them in the exhibition. Artists like John Quincy Adams Ward, known as the Dean of American sculptors, or Frederic Remington, who revolutionized the medium of bronze by adding action to his sculptures, made major contributions to the history of sculpture in America as a whole.

CPR: Are there any pieces in the exhibition that you are particularly excited about? If so, can you talk about those specific pieces and why they resonate so much with you?

Thomas Smith: I am particularly excited about Remington’s “The Cheyenne.” The reason I’m so partial to it is that it illustrates several things, like how Remington was experimenting and pushing the medium in ways that just hadn’t been done before, especially in terms of action. The sculpture is one of the strongest works in terms of action -- the rider is on a horse and the horse is in full gallop. None of its hooves are touching the ground. It looks as though it’s just flying through the air. The quality of the cast, as far as texture, is rough, which then goes right up to a smooth texture. “The Cheyenne” is really one of the finest bronzes that has ever been cast in America.

CPR: There is a strong Colorado tie to this exhibition, as the work portrays the Old West and some of it even depicts scenes here in Denver. Can you talk about the direct Denver ties in this exhibition? Is the cowboy-and-Indian overtone a means of glorifying the wildness of the Old West or a way of reflecting on some troubling topics in American history?

Thomas Smith: As far as Denver connections, one that immediately comes to mind is Alexander Phimister Proctor, one of the great sculptors in America during the late 19th- and early 20th-centuries. Proctor grew up in Denver and was really influential. He always saw himself as a Westerner and that informed his work. Other works depict monumental moments in Denver, like Proctor’s “Buckaroo,” which is a major monument that Proctor produced for Civic Center Park in Denver. There’s also a major monumental work at the corner of Broadway and Colfax in Denver by Frederick MacMonnies. Statuettes of both of these monuments are in this exhibition.

The artists in the exhibition really come from both directions when tackling any theme, whether it deals with Native Americans or the issue of the rapidly decreasing buffalo populations. Part of that comes from the varied life experiences of these sculptures. You have some artists who were born in the West and were self-trained, while others were born in the West but trained in New York or Paris. Some are Easterners that hardly ever came West. These different life experiences bring different reflections on the themes that play out in the artwork on display in the exhibition. For example, an Easterner that’s never come West is going to showcase a different perspective than someone who has true insights to the realities of the American West. In the case of the latter, their works are more nostalgic for this period of time. So, the exhibit has a mix of both Eastern-centric view of the American West and Western view.

CPR: Why was bronze sculpture such a popular art form back during the late 1800s and early 1900s?

Thomas Smith: Bronze changed the game for sculptures during that time period. Artists no longer had to go to Europe. Prior to the boom in bronze sculpture, artists had to go to Italy for statuary marble and to Paris to have things cast. Using bronze as their medium, sculptors could now work in America and no longer had to be expatriates. Bronze sculptures could also be duplicated more easily, thus artists were able to broaden their potential buyer base.

CPR: Are their still master bronze sculptors around creating new work today? Are any of them in Colorado? If so, who are they and where are they working?

Thomas Smith: There are still contemporary sculptors creating bronze work. Actually, several local bronze sculptures will be on-hand at DAM during this exhibition for our Sculpture Studio demos. Casey Horn of Brighton along with David Ocelot Garcia and Rian Kerrane, both based in Denver, are three contemporary artists working in this medium. They will lead demonstrations in DAM’s hands-on studio space, giving visitors an up-close look at the various techniques and processes that go into creating a bronze sculpture.

“The American West in Bronze” runs May 11 through August 31 at the Denver Art Museum. For more information, visit DenverArtMuseum.org. After the show runs at DAM, it will open at the Nanjing Museum in Nanjing, China on September. 29.