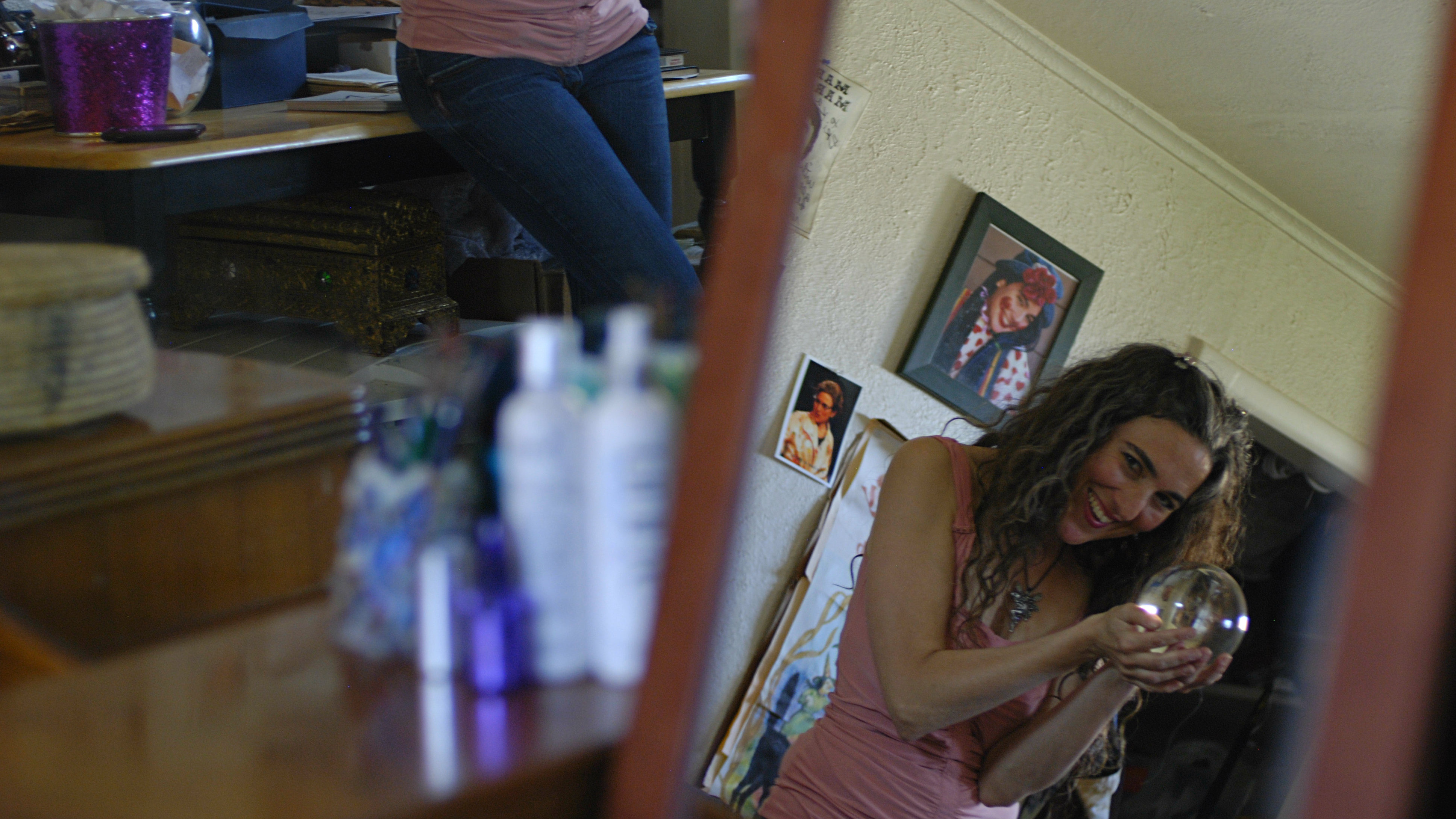 (Photo: CPR/Corey H. Jones)For more than 70 years, magicians from around the Denver metro area have gathered regularly to talk about their craft.

On Monday, May 12, the Mile High Magicians Society (MHMS) will hosts its annual close-up magic showcase.

Historically, men have dominated the stage magic field. That rings true for the Society as well. Currently, out of nearly 100 MHMS members, around 10 are female magicians who regularly perform. In the past, only two women have served as the society’s president.

Sodos wants to change this and help other women gain exposure in the profession. The former MHMS member lives north of Denver and has performed magic for more than 10 years. She performs regularly and also travels around the country hosting an event called “Out of the Box With a Wand of Her Own”.

“Times are changing, but part of the problem is there’s no role models," Sodos says. "So women have to start writing books, speaking, lecturing, being seen and being accepted."

Gene Gordon is a professional magician who joined the MHMS in 1986. He recently returned to Colorado from Fechter's Finger-Flicking Frolic. The annual close-up magic convention in New York is invite-only and limited to less than 250 participants. This year, five women attended.

“Magic I don’t think, for whatever reason, is attractive to girls," Gordon says. And this isn’t because boys say, ‘No you shouldn’t do it.’ It’s just one of those natural selective things.”

But president Matthew Brandt says the Mile High Magicians Society -- which was founded in 1941 -- needs to be more current.

“I just want more diversity, more people with different point of views," he says. "Certainly I think more women in the club would be great because you’d get that unique perspective.”

The lack of prominent female magicians runs deep throughout history. Magic historian Angela Sanchez, who lives in Los Angeles and has lectured at UCLA and the renowned magic venue Magic Castle, says that certain moments in history have played a big role in inhibiting female magicians. That includes the Salem witch trials, which prompted severe fear of women perceived to possess mysterious powers.

She also says the illusion known as “sawing a woman in half” caught on shortly after women in the United States gained the right to vote in 1920. Sanchez suggests this was a response to women gaining a political voice.

“It's a very traditionalist model where the man is in charge and the woman is subservient," Sanchez says. "In that moment, the audience as well as the magician are reliving those gender roles."

Some prominent female performers started with their husbands, including Bess Houdini. She played a big part in earlier acts featuring her husband Harry Houdini until he rose to stardom as a solo escape artist.

“If you go back into history, women who were in showbiz were considered prostitutes of some kind or were considered of some lower moral value unless they were already  married to a high billing performer,” she says.

Sanchez estimates that women now make up five percent of all solo magicians. And while women have traditionally occupied the assistant role on stage, other magicians in Colorado are defying those traditional roles and audience expectations.

“When we do what we call stage illusions, I am the power character," she says. "I will put Joe into the box and cut and restore him. I never come out and hand him anything as the assistant would.”

That’s a point Massie emphasizes on the first day of the couple’s summer wizard camp for kids. She says more girls are participating in recent years and attributes this increase largely to the female character Hermione in the Harry Potter series.

And while the camp is geared more toward developing public speaking skills than producing future magicians, Massie says exposing girls to the craft can mean more progress for the art.

Check out these upcoming magic events in Denver: