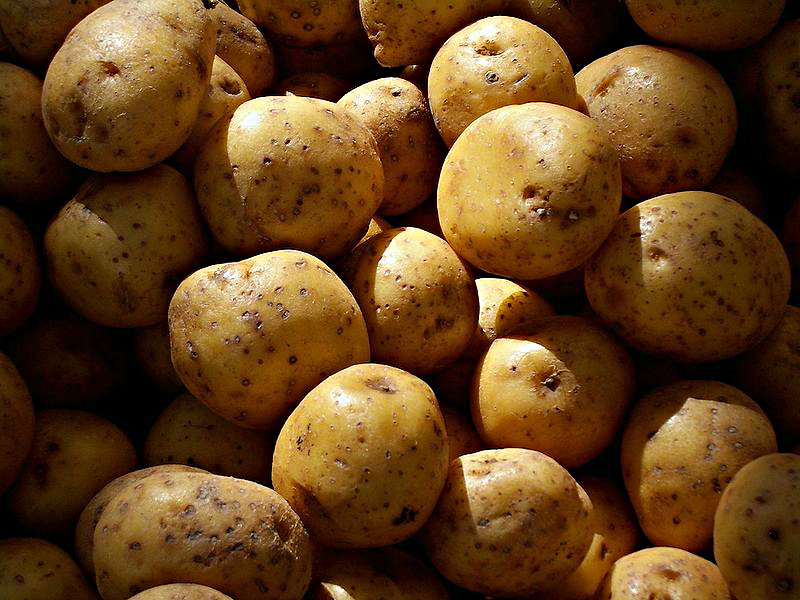 (Photo: Courtesy of The Marmot)Colorado’s potato farmers can expect a big increase in Mexican export markets in the near future.

Currently under the North American Free Trade Agreement (NAFTA) the U.S. can export potatoes to an area within just 16 miles south of the Mexican border.

But a new trade deal that goes into effect on Sunday will allow U.S. potato farmers to export to any Mexican city with a population of at least 100,000.

"That gives us not only the Guadalajaras, and Montereys, and Mexico Cities, but there [are] literally 200 cities in Mexico that meet that population," Tim Larsen,  an international marketing specialist with the Colorado Department of Agriculture, says.

And if those larger cities have distribution centers, Larsen expects Colorado potatoes will get to the smaller cities and towns too.

In 2012, potato sales to Mexico were just over $17 million.  That number grew to more than $22 million in 2013 and Larson predicts it could balloon by four times that figure over the next several years under this new agreement.

"That’s taking us from $22 million to $80 million potentially in imports from potatoes as this rolls out," Larsen says.  But he adds that because U.S. potatoes are different from those traditionally eaten in Mexico, consumers there will have to get used to cooking with them.

Based on location, Colorado currently exports more potatoes to Mexico than any other state with at least 50 percent of the U.S. export market.

Colorado farmers send about seven truckloads of potatoes a day to Mexico -- that's nearly 2,000 truckloads a year for only 5 percent of all the potatoes shipped.