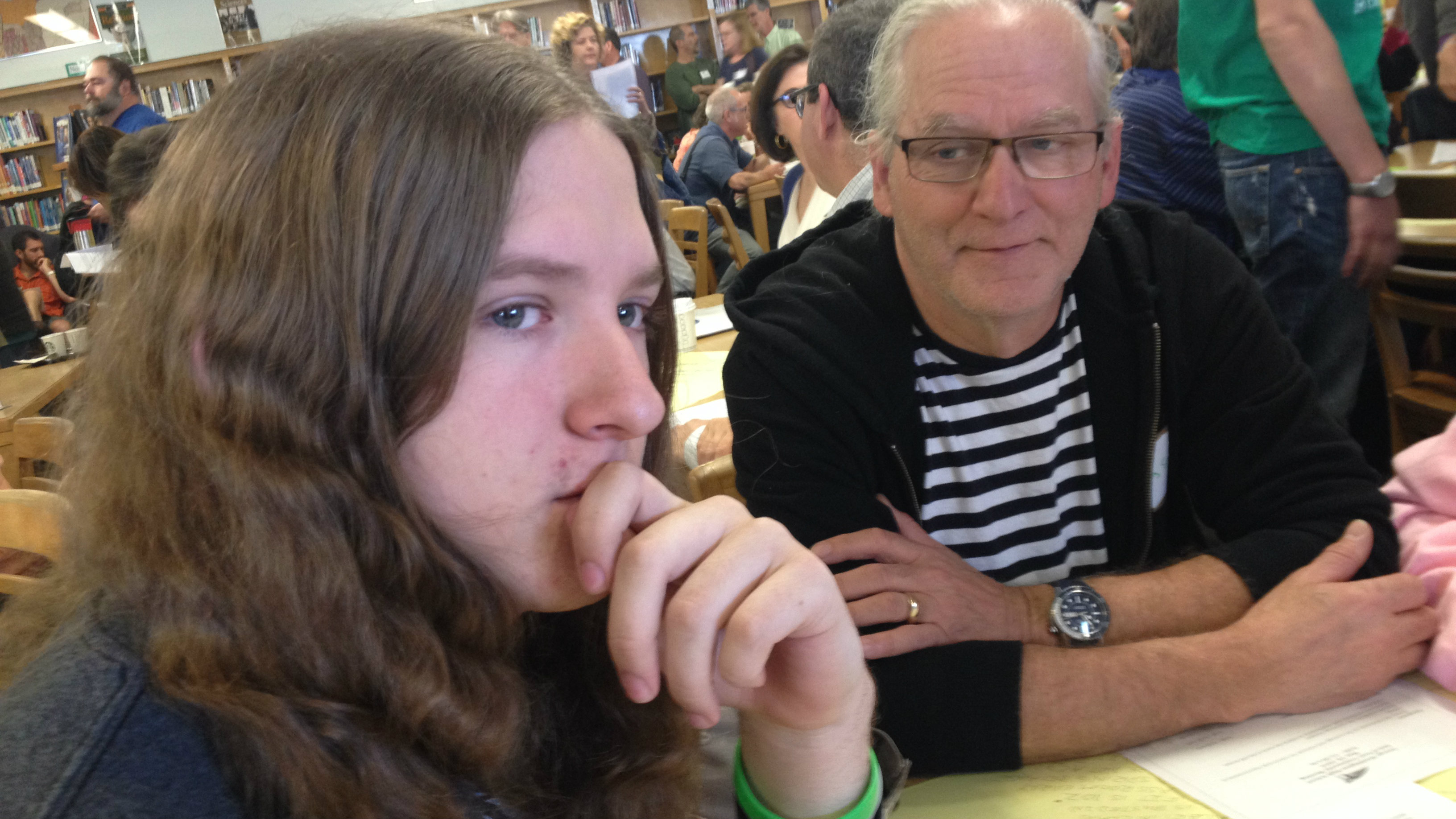 (Photo: CPR/Jenny Brundin)Eliminating a very popular and successful academic program in a way that doesn’t upset parents, teachers and students is proving to be a challenging task for Denver Public Schools administrators.

The latest controversy at George Washington High School  is a microcosm of the challenges many large urban districts are grappling with: how to meet the needs of both high-achieving and struggling students.

Turmoil in the library

On Saturday, several hundred people packed into the library at George Washington High for a forum billed as a chance for parents and students to ask questions about a plan to eliminate a program known as pre-International Baccalaureate, or pre-IB.

It’s a specialized program that feeds into the venerated International Baccalaureate diploma program. Students apply when they’re in the eighth grade. Pre-IB prepares them for the rigorous, internationally-recognized diploma program in 11th and 12th grades called the International Baccalaureate. Experts say the program at George Washington, also known as GW, is recognized around the country for its quality and high standards.

A mini-rebellion started within the first minute of the gathering, when parents refused to go into small groups to write their “greatest hopes and fears” on flip chart paper.

“We’ve been sharing our greatest hopes and fears with each other already!” parent Jamie Sarche said, exasperated. “We need to share them with you and with the other administrators.” 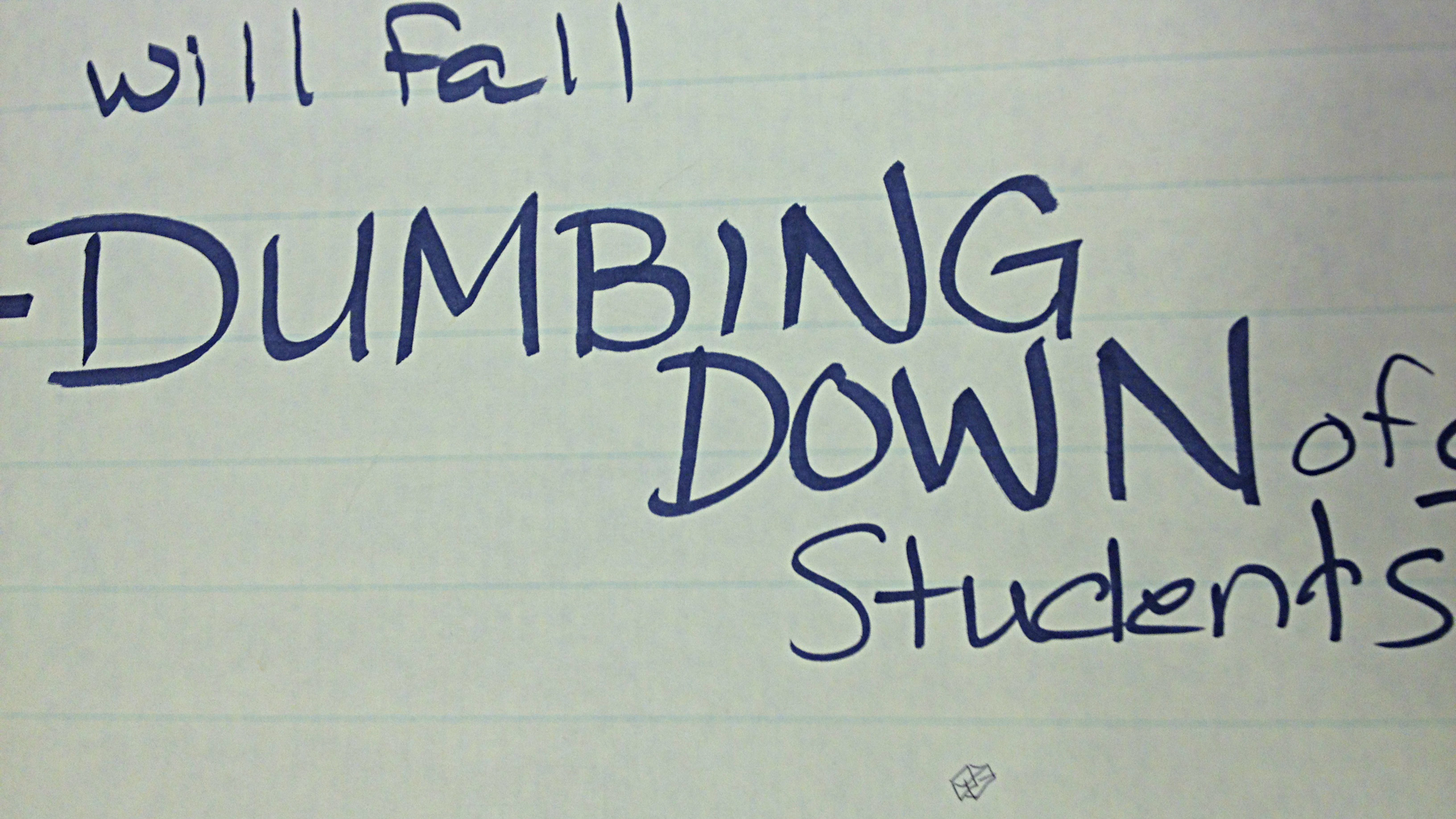 Parents wanted an open forum so they could ask questions directly to district administrators and school officials. But instead, that wasn’t happening. Officials asked parents to share ideas in breakout sessions on topics such as improving communication and school culture.

Almost a third of GW’s 1,400 students are enrolled in the program and many say pre-IB is essential for preparing students for the rigorous IB program in the 11th and 12th grades.

“Honestly if you don’t take the pre-IB classes, you are completely unprepared for junior year and it’s a nightmare,”  Noland Seils said, sitting with his parents in a black Metallica T-shirt. One of his favorite courses has been "Theory of Knowledge," which he says has helped him think critically and perform deep analysis of philosophical concepts.

Noland and other students say when they entered pre-IB, for the first time in their lives, their classmates were equally committed and passionate about learning – and they don’t want that to go away.

“I’m worried that I might lose the good education I’m getting right now and it might go back to the boring slow things I’ve been used to the rest of my life,” Harrison Thorn said, referring to the classes he’s been in since he started school.

The district’s plan is to scrap pre-IB and replace it with an expanded, yet-to-be-defined honors program open to all incoming freshman. Students would eventually choose an academic path to go on: technical education, IB or a traditional program with Advanced Placement classes.

Before the large crowd, Johnson tried to make his case for the change: George Washington’s enrollment has been dropping. Two-thirds of neighborhood students who could attend GW are choosing not t0 attend.  The achievement gaps between IB students and non-IB students are massive. He said something needs to be done about closing this gap and bringing all students together.

Parents are frustrated because administrators are vague on details about how expanded honors would address their children’s needs and why pre-IB is a problem. They believe, if anything, that the program should be expanded.

Who is in pre-IB

Parents have questions about the idea that if administrators mix high performing students with the rest of the student body that everyone will improve. And parents wonder if minority students will feel more welcome to try out for the IB program if all freshmen students begin at the same place.

“There are only three African-American males throughout the whole ninth grade IB,” Amonra Garrett Mills, 14, said.  She is in the pre-IB program and is also African-American.

“That’s not diversity,” Mills continued. “African-American males don’t know about  IB. And when they come here and they see that it’s all Caucasian, they don’t want to come.  It’s not really fair.”

Some have accused the program as being segregated and elitist,  charge that bothered IB senior Kevin Omana, who is undocumented from Mexico.

“This misconception that IB is only for the rich white kids is out of line,” he said, to vigorous applause.

Van Schoales, who heads the education advocacy group A+ Denver, says the details of how the change is executed are key.

“I think the challenge is: how do you design a classroom and programs that allow for the heterogeneity in terms of student skills levels and at the same time meeting kids needs where they are,” Schoales says.

Those are the details parents, teachers and students who came to Saturday’s meeting didn’t find out - nor were they consulted about the idea.

Students hatch their own plan 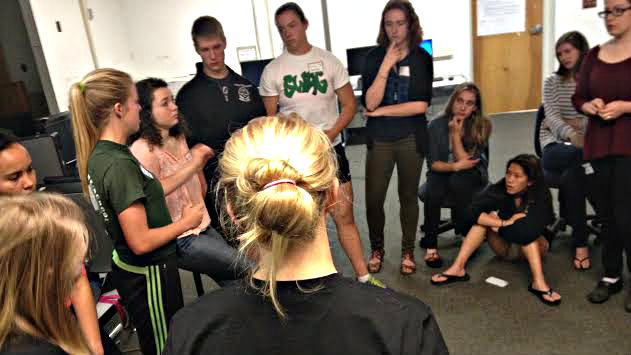 (Photo: CPR/Jenny Brundin)Fed up with the raucous nature of the meeting, a large group students – both IB and non-IB - quietly retreated to a side room to forge some solutions. For hours, students respectfully discussed problems at the school, like differences in the quality of teachers in the IB and traditional programs.

They hatch a compromise plan:  keep the pre-International Bacccalaureate program that feeds into the IB diploma program; create an IB certificate program, which some Colorado schools have implemented. That lets any student take an IB course whenever they want.

The students present the idea to parents and administrators but it seems they get nothing more than a pat on the back.

At the end of the three-hour meeting, IB junior Sydney Burckhardt remarked on how composed the students were compared to the adults. 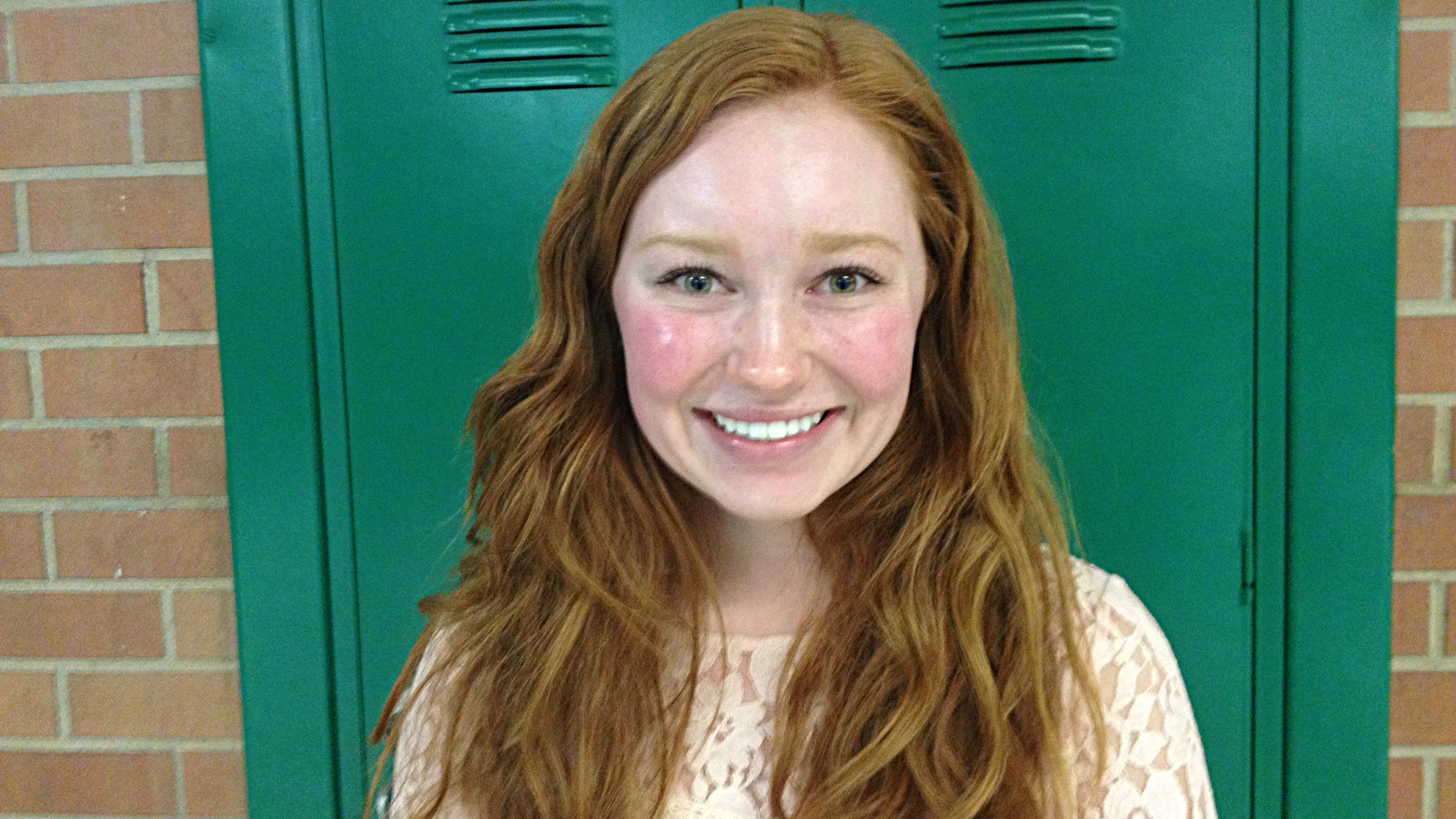 (Photo: CPR/Jenny Brundin)“It was disappointing,” she said. “It seems like the parents weren’t able to listen to other peoples’ perspectives and to give people a chance to speak and from the administration, it seems like they weren’t willing to listen and answer questions from parents and students.”

“A large group of parents is not the right forum for a question and answer session, said Greta Martinez, a district superintendent who oversees George Washington. “We will engage any parent in a smaller group for as much time as they want to answer all of their questions.”